Typically in video games the statement of someone must die is taken as a challenge, but in the case of Kaet Must Die! it’s a nonnegotiable foregone conclusion. This horror puzzle game has players take control of titular Kaet, short for Kaetheran, in a first-person adventure where Kaet not only must die but she will die. Repeatedly. There are extreme doubts we will see a deathless speed run of this game in my lifetime (though if it happens, whoever accomplishes that send me a link and I will post your glory for everyone to see). Kaet Must Die! is not for the easily scared, frustrated or people who hate challenges or dying in video games, but it could be worth checking out for everyone else.

The majority of games I play are done so with the intention of playing them to completion or at least finish the main story campaign. The creator of Kaet Must Die! advised that most people playing this title will not succeed at doing so and this title is more of a journey not the destination type of deal. To demonstrate how insidiously sadistic he is when it comes to game design, he discussed how he watched players stream the early builds of the game and when he saw patterns develop as to where players tend to go that is where he put instant death traps. The goal is to make this the most brutally unforgiving game ever made, and while that may be a bold claim for anyone to make, this has the makings of at least being a contender to that title. 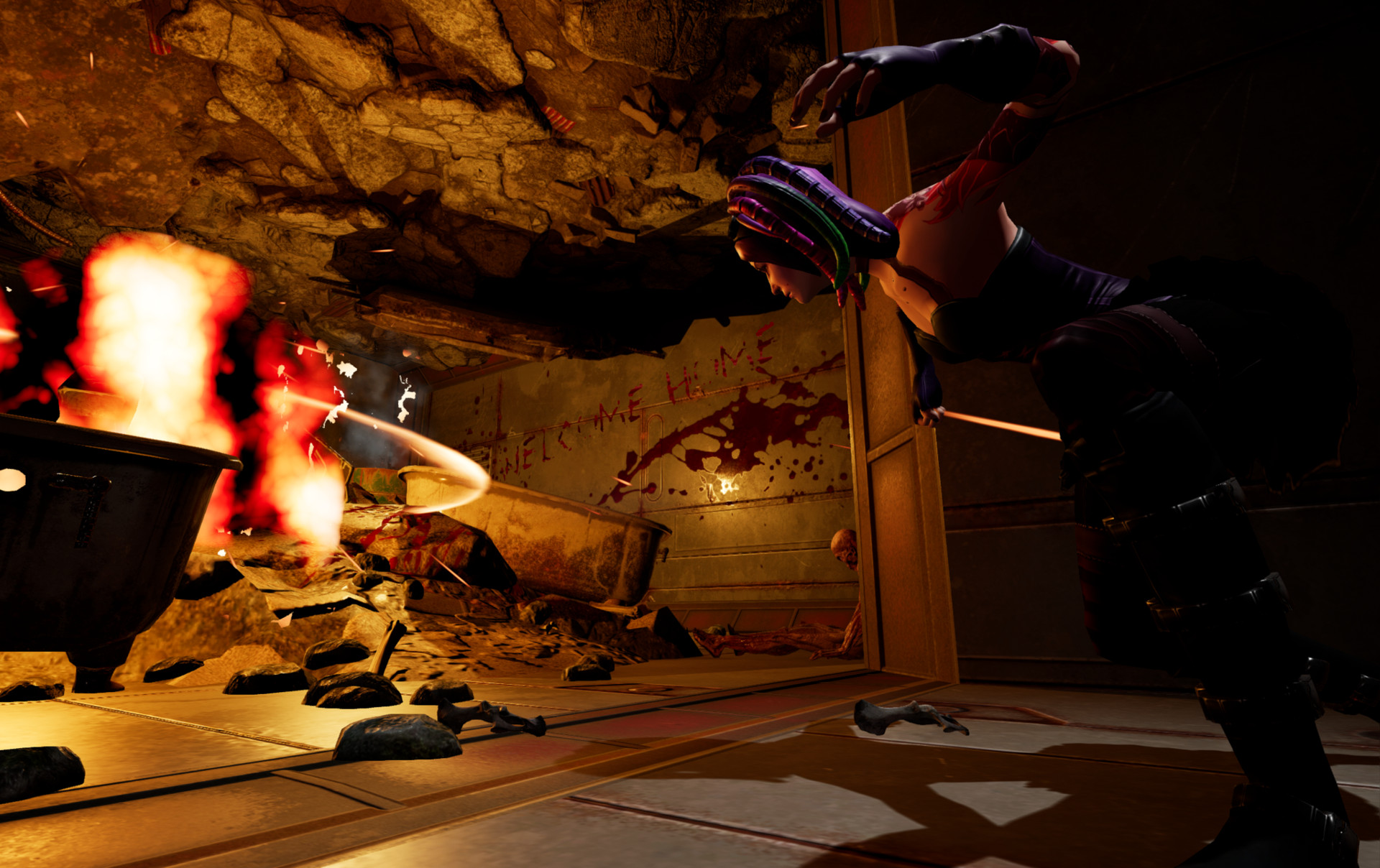 Kaet is a powerful psionicist who has awakened alone in a dark sewer, inconveniently stripped of her psionic powers. She is surrounded by a bunch of unholy critters that we shall refer to as Spex, as well as some lazy zombies lying in wait for her to come by. Sewers, for some odd reason, aren’t exactly known for their elaborate lighting systems and this one is no exception. There were some glowing mushrooms growing out freely, which Kaet can use to throw into the air as floating lanterns of sorts. It’s not exactly clear why everyone wants Kaet dead, but clearly the dreaded blood witch Annalinnia has some beef with her, and as the story progresses the player will unravel some of this mystery.

The actual gameplay is enjoyable, though it does live up to the claims of extremely difficult. There is no hand holding involved, though there are clues scattered throughout the level giving hints at what the player is supposed to do. Being observant is important, since those dilapidated corpses leaning up the wall will spring to life the second Kaet gets too close to them and those pesky Spex are patrolling everywhere too. Death comes quickly and repeatedly, and some puzzle solving only adds to the terror. In one of the later levels, Kaet must drag a headless corpse to a pressure point and anyone who’s had to drag a headless corpse before knows what a vulnerable possession that leaves one in. To make things even more insidious, the hiding in the safety of the shadows seems like a good strategy, but doing so will cause the insanity meter to rise, so trying to find a balance between hiding in safety and venturing out attempting to dodge the Spex and zombies to solve challenging puzzles is important. 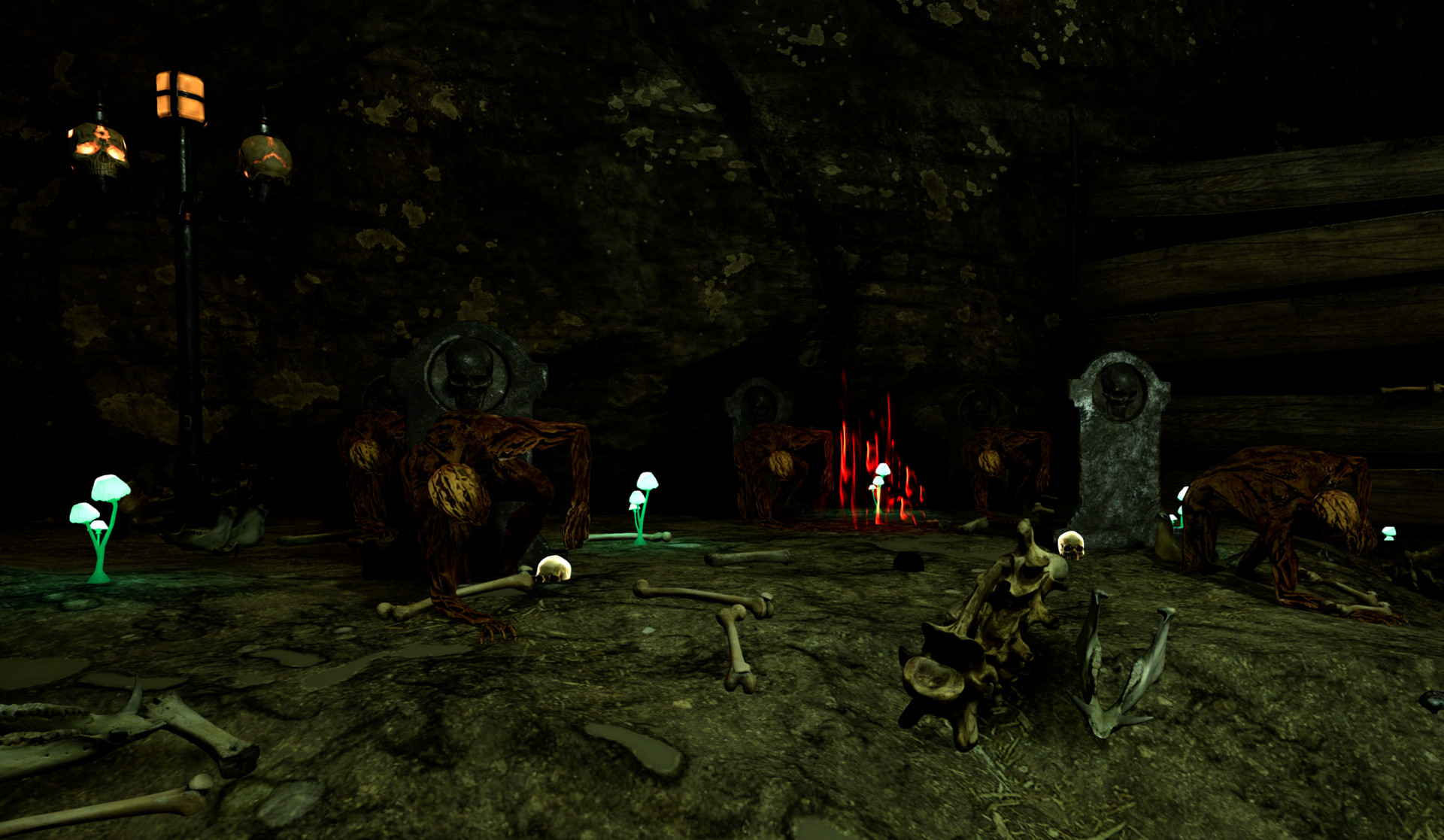 Any sucker for punishment needs to check out Kaet Must Die! It’s ridiculously difficult, and even though the deaths can sometimes feel cheap, the structure is one where the player can figure out how to complete each level and theoretically progress to the end of the game. Most people probably won’t succeed at this, but the jump scares and interesting design show that Kaet Must Die! will likely end up being an enjoyable though unfinishable journey. Kaet Must Die! is scheduled for an April 5 release on Steam with a planned released for the HTC Vive, Oculus Rift, Xbox One and Switch at a to-be-determined date.