Nintendo tends to do something a little bit out of left field with each new console generation. Whether looking at the unusual control designs, their foray into motion controllers or the newest handheld/home console hybrid, sticking to the predictable status quo was something Nintendo abandoned after the SNES. Their unpredictable nature with console design led to some celebrated innovations and a few head scratching moments, but Nintendo consoles were consistent in that fans could count on quality first party games on any of their systems. There are some great franchises that provided unique and memorable gaming experiences, and a strong contender for greatest Nintendo franchise is The Legend of Zelda.

I’m going to make an assumption that everyone reading this article has played a Zelda game, and if you haven’t it’s highly recommended something is done to remedy that. Your age most likely dictates what entry in the series you started on, or in the case of some of us older players where you left you off, but part of what is so great about the franchise is we probably all had a similar experience with our first Zelda game. Whether you first visited Hyrule when Link was going through his cel-shaded phase on GameCube or when he was a pudgy mess of pixels who was given a sword while being told “it’s dangerous to go alone,” each entry in the franchise is filled with a sense of wonder and exploration regardless of how different they might otherwise be from each other.

The Third Editions book Zelda: The History of a Legendary Saga Volume 1 chronicles the adventures of Link from his 8-bit beginnings through the more recent Skyward Sword and A Link Between Worlds. Like the other Third Editions books we’ve looked at so far, this text is filled with information about each game, both pertaining to the content of the games themselves and some interesting behind the scenes information about their creation. Early on the book how Shigeru Miyamoto came to working on The Legend of Zelda and some of his original ideas for the game, as well as some of his thoughts about the black sheep (at least of the main games) Zelda II: The Adventure of Link. If your favorite Zelda game was released prior to Breath of the Wild, there’s something about it in here. 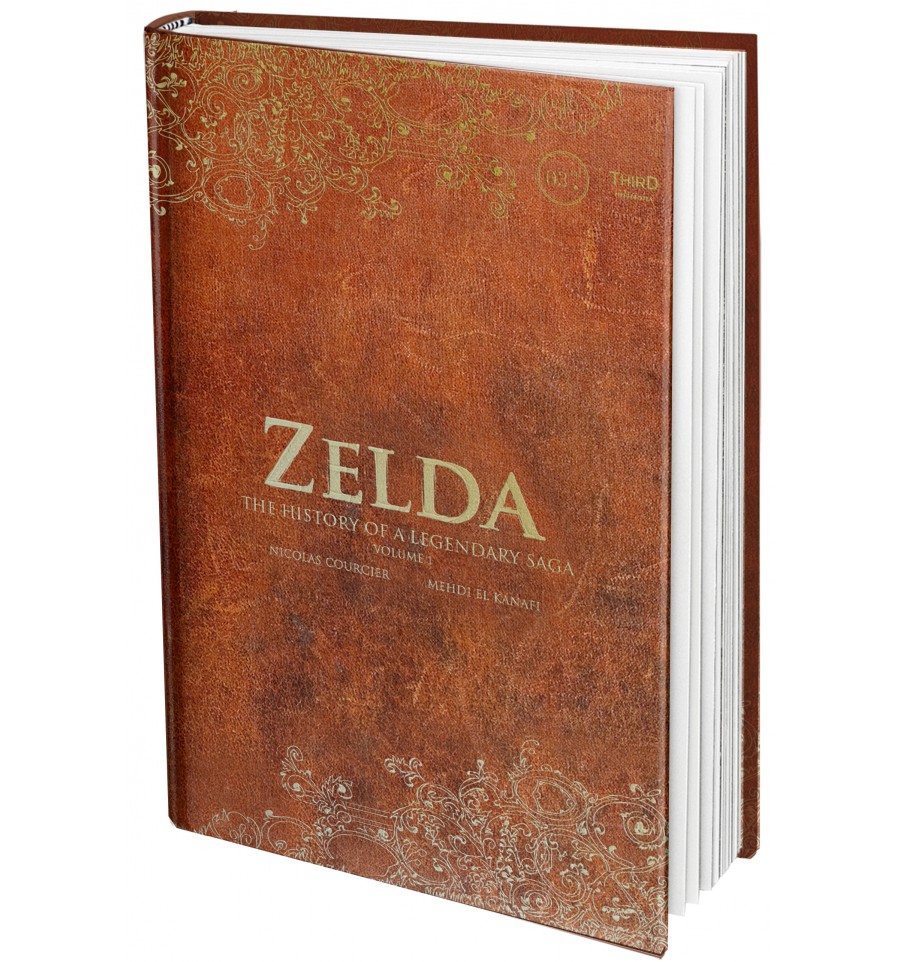 In addition to just delving into the individual games, the character evolutions of Princess Zelda and Ganon are explored, both in how they have developed over real world chronological time and how that relates to the timeline across the games, whose chronology doesn’t even remotely sync up with their release dates. It’s not a huge section of the book, but some interesting information nonetheless for those wondering how Ganon retroactively became Ganondorf after a few games and how Zelda went from the symbolic helpless damsel in distress that awakens the hero in Link to a powerful warrior in her own right with the Sheik alter ego. The mainline Zelda games aren’t the only ones covered here as the spin offs make an appearance as well. The obvious inclusions of the recent Hyrule Warriors and the infamous Phillips CD-i games are discussed, but so are more obscure references like Tingle and BS Zelda.

Zelda: The History of a Legendary Saga Volume 1 is an attractive hardcover book that spans about 220 pages and each of those pages is loaded with information about the various Zelda games. Third Editions is a French publisher that specializes in video game books who has recently been translating their titles to English — we’ve also covered their books on BioShock and Final Fantasy VII. The next batch of books they have announced that they will translate are the second volumes of Zelda and Dark Souls along with one about Final Fantasy VIII, and thanks to a successful KickStarter campaign, their first stretch goal of translating a book on Yoko Taro’s Drakengard and NieR titles has been unlocked. The books I’ve had access to have been consistent in their quality, written in a manner where a lot of information is presented in an easily digestible format, and anyone who is a hardcore Zelda fan should check out this book.