Remember Contra? Remember mowing through enemies in a futuristic wasteland with a buddy? Do you want to go back to those days? Well, Brazilian Developer JoyMasher has you covered with the upcoming Blazing Chrome, a classic co-op run and gun shooter set in a post-apocalyptic wasteland. Though JoyMasher has been working on the title for over a year, it has recently been picked up by The Arcade Crew, a new sub-division of publisher DotEmu devoted to helping developers that make retro-style games get their titles to market.

Hardcore Gamer had the chance to go hands-on with Blazing Chrome and it’s just as fun, hectic and difficult as you’d expect from a game that recalls Contra so vividly. In it you can choose from two characters: the badass human resistance soldier Mavra or the “groovy rebel robot” Doyle. Their mission is to destroy as many robots that have taken over a futuristic Earth as possible and return the planet to peace. 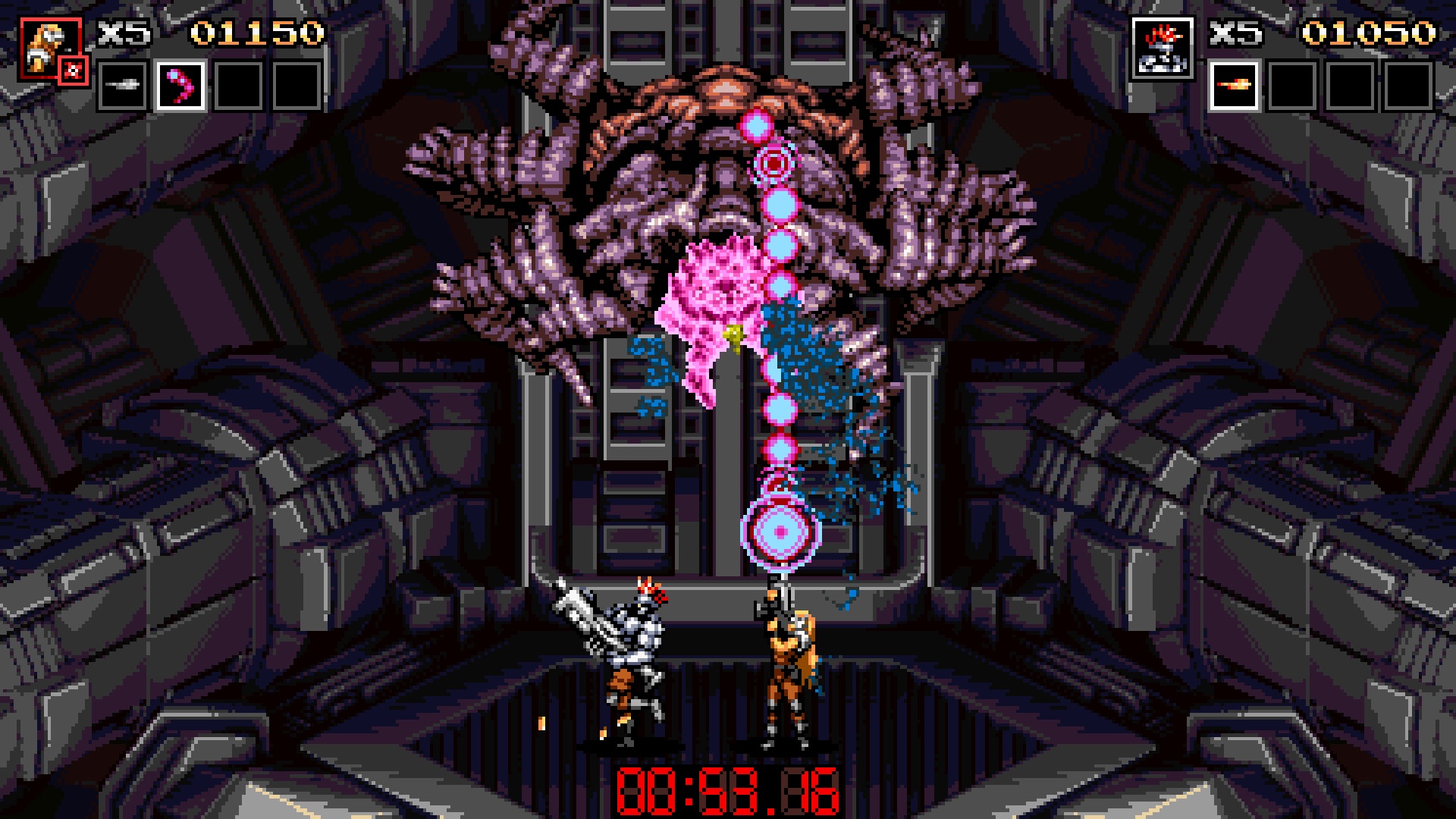 Blazing Chrome doesn’t hold your hand, as difficulty ramps up immediately and doesn’t let up. Any gamer with fond memories of arcade side-scrolling run and gun shooters knows this difficulty level well, though at least this game won’t be eating up your quarters maliciously as you attempt to reach the conclusion. The game can be played alone, but it’s much more enjoyable (and beatable) with a friend by your side.

The game plays exactly as you’d expect it to: you typically run towards the right side of the screen, taking out enemies on your way. You can shoot in eight different directions while running, jumping, climbing or crawling through the stages. There are four different weapons the characters can use throughout the game: the standard machine gun, a powerful laser, a grenade launcher and a fourth weapon we haven’t been shown. These more powerful weapons can be picked up during each stage and choosing which player gets to use it (or which one snags it first) is part of the fun. Various other pickups can be had too, including a bubble shield that will temporarily absorb damage for you.

Though this standard gameplay makes up the majority of Blazing Chrome, there are multiple vehicles that help spice up the action. At one point we piloted a mech suit with its own health bar: in it we could mow down enemies with constant firepower, trampling them in our wake. Of course, the game expects you to have the suit in certain portions, so the amount of enemies on screen ramps up considerably while piloting them. There are also hover bike sections that meld fast-paced movement with the classic gunplay the rest of the game has established so well. 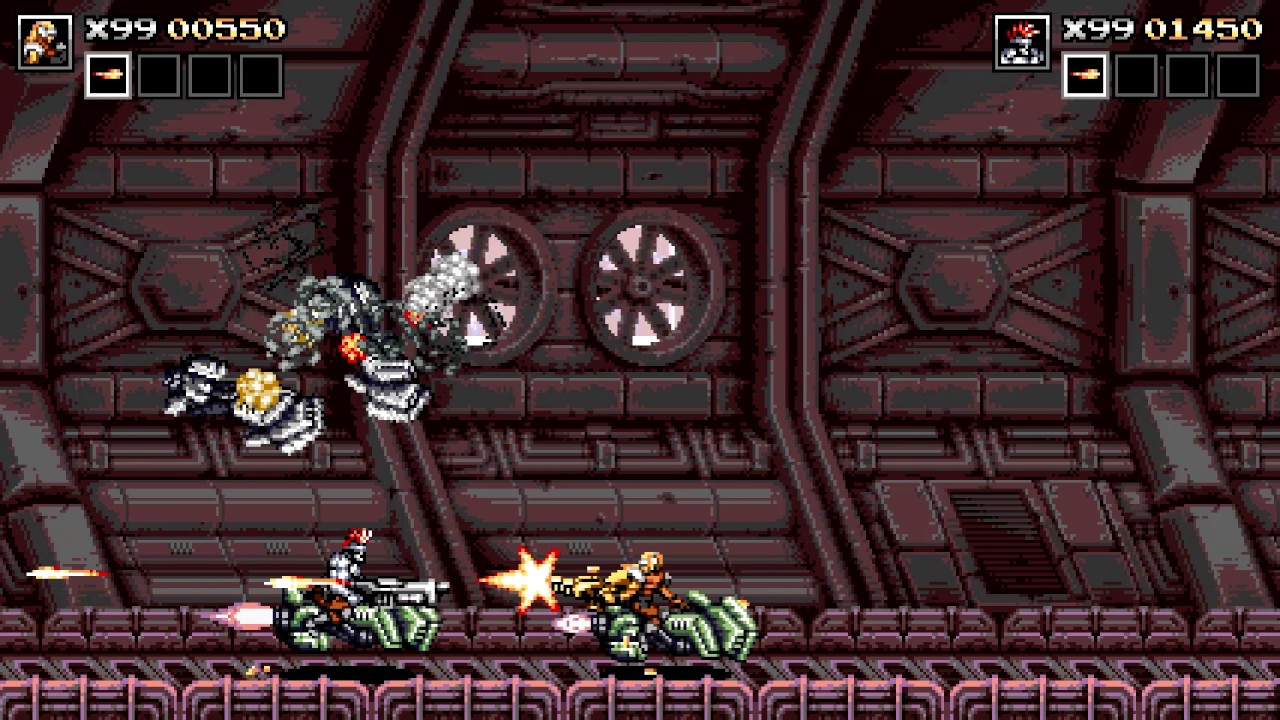 The art style in Blazing Chrome is decidedly 16-bit, with explosions, enemies, projectiles and more filling up the screen in a flurry of pixelated goodness. Animations are smooth (but not too smooth, as to ruin the illusion of playing a classic game), character models are intricate and endearing (Doyle’s mohawk is perfection) and there’s always something crazy going on in the background that players might not pay attention to with all the insanity on screen. In short, the throwback aesthetic is spot-on.

There isn’t currently a release date set for Blazing Chrome, but the game felt highly polished and far along when we went hands-on with it. Platforms haven’t been announced either, though we played it on PC, so that’s a likely candidate. The Xbox One, PlayStation 4 and Switch are all possibilities as well, but there’s no confirmation. The price is equally undetermined, though don’t expect to pay an arm and a leg for this blast from the past. Local co-op is confirmed, though online co-op is, you guessed it, still an unknown factor. You can expect the game sometime in 2018, so keep an eye on Hardcore Gamer for more information on Blazing Chrome and all things gaming.