Mars is hot right now. Whether it be films like The Martian, technological developments like Mars colonization or Elon Musk launching a Tesla towards the red planet, the world is fascinated with the fourth planet in our solar system. While single player games like Doom and Mass Effect 3 have taken players to controlled trips to Mars, few have allowed open exploration in a PvP environment. Memories of Mars aims to rectify this by setting players loose on the planet. We recently got to check out the game and see if it lives up to the promise.

Memories of Mars takes place a hundred years in the future. While Mars was once frequently visited, it has since been abandoned. You play as a clone tasked with surviving the wastelands of Mars as you look to uncover the secrets of what happened. To do so, you’ll need to brave the harsh environments, defeat the hostile creatures and even face off against other human clone survivors.

Much like other survival games, players spawn with nothing and must forage for supplies. Mars is vast with varied environments. At launch, the total size of the map will be 16 kilometers and feature desert, mountain and volcanic biomes. Regarding the number of players allowed on a single server, Limbic Entertainment confirmed there’d be 64 players. For our demo, we got to explore about 4km of the map with only a few human players running about. 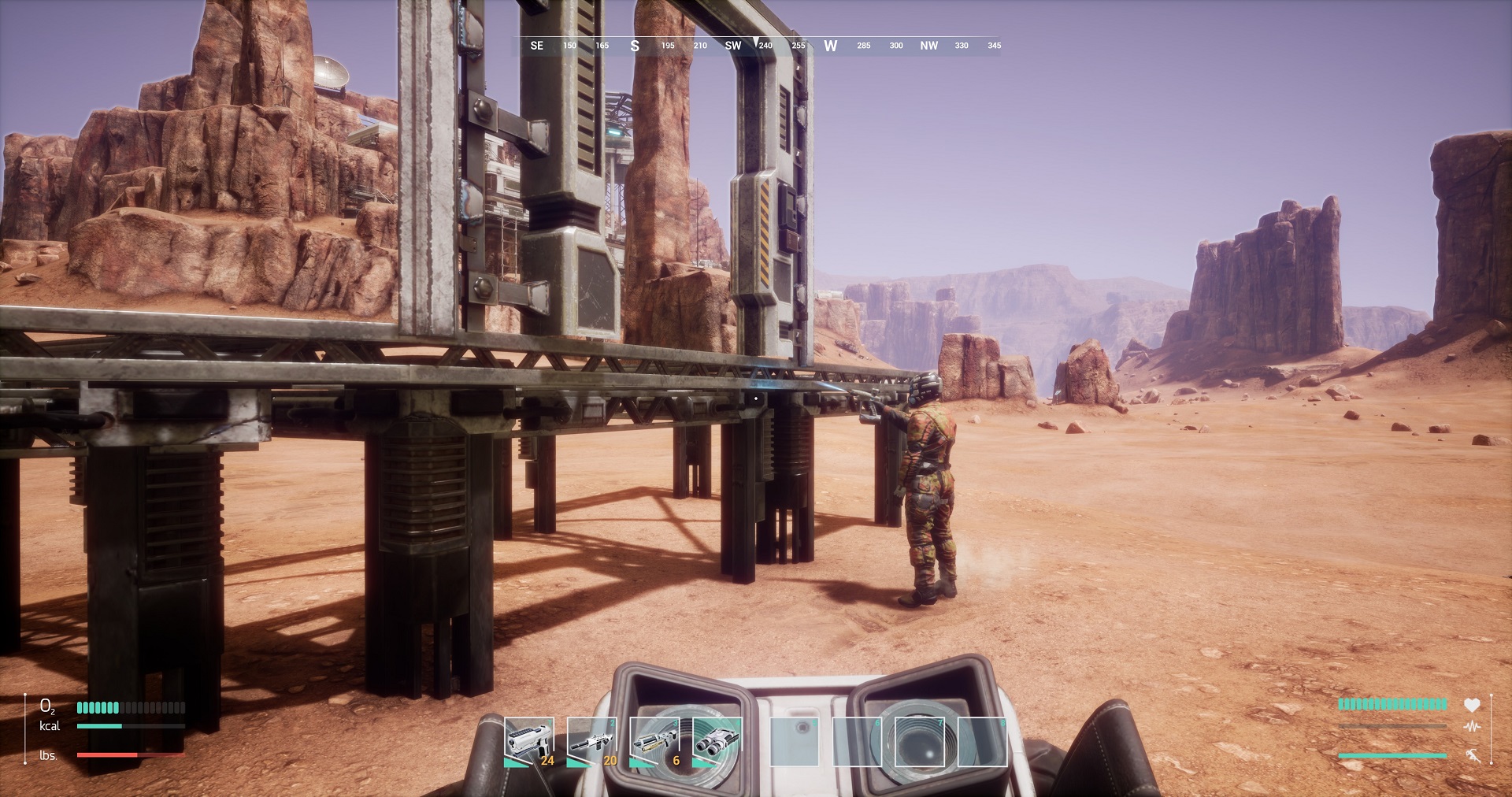 Survival is as big a part of the game as is discovering what happened to the planet. Players will need to pay attention to their oxygen and nutrition levels. To help manage this, they’re given tools that allow them to build large bases with others they choose to ally with. Bases serve as spawn points, storage places for valuable items and places to go and get missions. Resources, which can be found throughout the world, are needed to build bases, weapons and tools

The most critical resource in the game is Flops, which are required for base upkeep and player progression. While Flops can be found naturally while playing, the majority come from Flop events. These events are like little game modes that players compete in for about 10-15 minutes. The one we were shown was similar to a King-of-the-Hill style match where players needed to capture and hold terminals to mine Flops. Just to be clear, you can’t buy Flops with real-world money. In fact, there are no microtransactions at all in Memories of Mars. Everything, including cosmetics, is unlocked through gameplay. 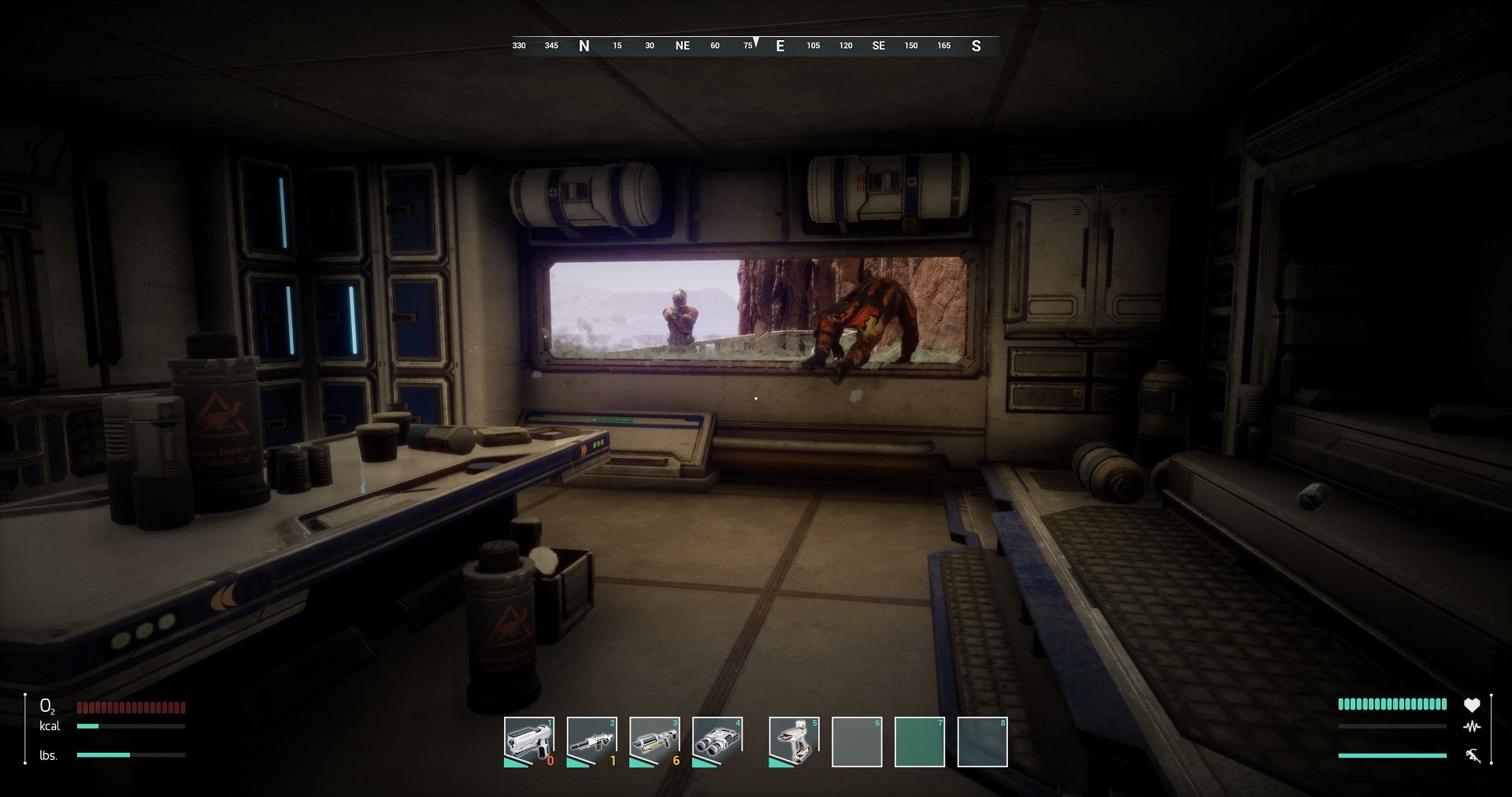 Of course, Memories of Mars features PvP gameplay. Any player in the game can be hostile towards you, which makes forming alliances important. Memories of Mars features a built-in alliance system that makes it easy to team up with friends. The base building feature allows players to assign different officer rankings and base access to members of the alliance. For example, to protect your items, a player can set permissions to where only a few select people can open the base. There’s a lot of different things players can do with the PvP aspect of the game.

Then there’s the PvE aspect. Hostile creatures call Mars home and aren’t afraid to attack. In total, there are three enemy types with each have three subtypes. The scuttler is a smaller beetle-like creature that is fond of hopping about and creating puddles of acid. The mantis utilizes active camouflage to sneak up on players and lob grenades at them. Finally, there’s a centipede creature that buries itself in the sand only to leap out at you moments later. Mars is indeed not safe. 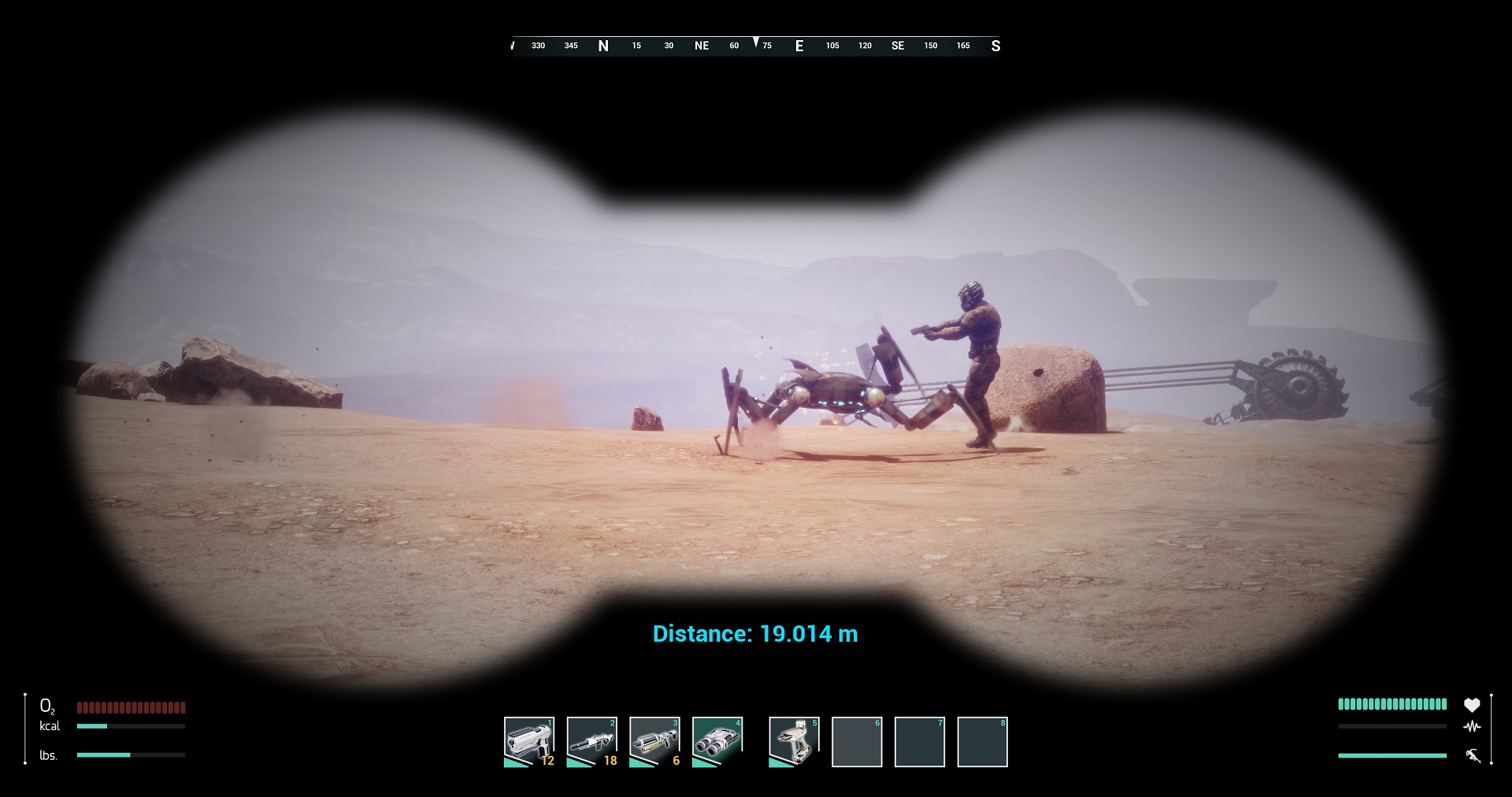 Memories of Mars is shaping up well thanks to its unique setting and PvP mechanics. Flop events look like an excellent way to get players invested and the fact that there are no microtransactions is a huge bonus. There’s still plenty we have yet to see, including the full suite of character customization options and vehicles, but we’ll hopefully see all of that real soon. For now, the game is shaping up to be quite the exciting survival game.

Memories of Mars is out later this spring with a release date coming soon. Limbic Entertainment did confirm they’ll be hosting closed beta sessions before launch.