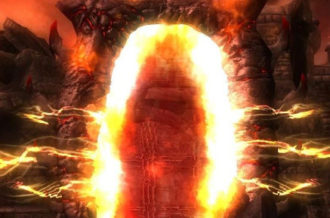 If there ever was a game designer that should not talk about his games prior to their release date, it’s Peter Molyneux. When discussing his projects, Molyneux has a childlike sense of excitement where he will enthusiastically share details on his grand ambitions for the title. This is actually quite refreshing in itself, because who doesn’t enjoy hearing someone passionately discuss their creative projects? The problem with this occurs when the game in question is actually released. The game itself could be good, even great if it were simply judged for what it is, but disappointment is going to happen when a title fails to deliver on lofty promises no matter how good it may otherwise. The most memorable example of Molyneux creating hype that the game couldn’t live up to was 2004’s Xbox exclusive action RPG Fable.

Fable was one of those titles that caught my attention well before its release in some article in a game magazine back when paper gaming magazines were still in abundant supply. How far exactly before the release is uncertain, but I want to say it was well over a year before Fable’s launch, possibly even as far back as 2002 or 2003 when it was still called its working title Project Ego. Open world gameplay has practically become the standard in modern game design, but this was not the case in the early 2000s.

Project Ego sounded like nothing I had played before. Being able to pick and choose which quests to take wasn’t exactly groundbreaking, but the idea of the game taking place across the character’s lifetime was intriguing. There was talk about how the character would be designed and uniquely tailored to the player’s gameplay and they would be able to have children that would have a significant impact in the world. The character would receive unique scars from battle, they could plant a sapling and watch it grow in a massive tree throughout the course of the game and the NPCs would have unique reactions to the player based on their deeds to create the sense of a living world the player was truly a part of. 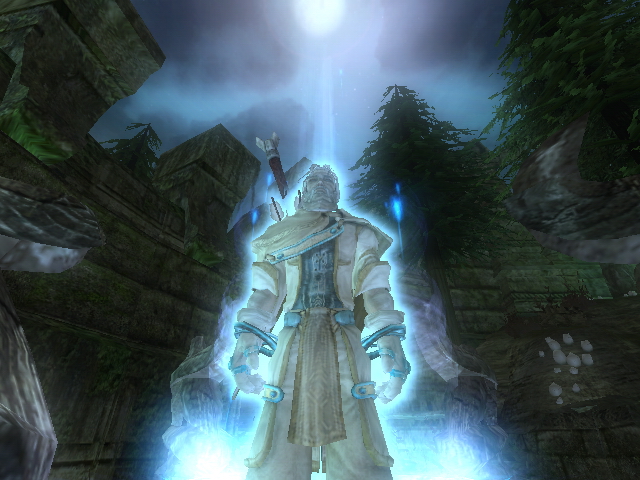 Anyone who’s played Fable knows that it fell short of these amazing claims and there’s a good chance they felt disappointed when they saw it failed to live up to everything it was supposed to be if they pre-ordered. This is unfortunate, because once we get past Molyneux’s grandiose claims for what Fable will be and just accept it for what it actually is, Fable turned out to be a rather impressive final product. Raising children wasn’t an option in the first Fable and sadly neither was killing the little brats that ran through the town, but overall the game seemed to match the goals of what Molyneux wanted to create, even though it came in a much more scaled back version of what he raised our expectations to be. The story progressing across a lifetime basically got reduced to the hero would whenever they leveled up and the world didn’t seem to change at all from when the hero when from his teenage years to entering his sixties. On the other hand, Fable had a bit of an unexpected Monty Python quality with a narrator. He wasn’t the most useful voice as he would typically tell you there is a quest card at the guild or randomly ask “what’s that?” but having a disembodied British voice throughout the game was a nice touch.

The sense of freedom became apparent in the early stages of the game during the tutorial. There was no fighter, mage or rogue class; the player simply trained in archery, melee combat and spellcraft. How these skills developed was based on what approach was used in battle and doing successful combos with any of them would multiply the gained experience. The experience was divided into the three combat categories along with general experience that could be distributed as desired. Personal experience seemed that mastering consistently high combat multipliers with the bow was tricky, but by halfway through the game the character would easily be a formidable magic using tank. Bandits, balverines and trolls quickly changed from dangerous enemies to cannon fodder. 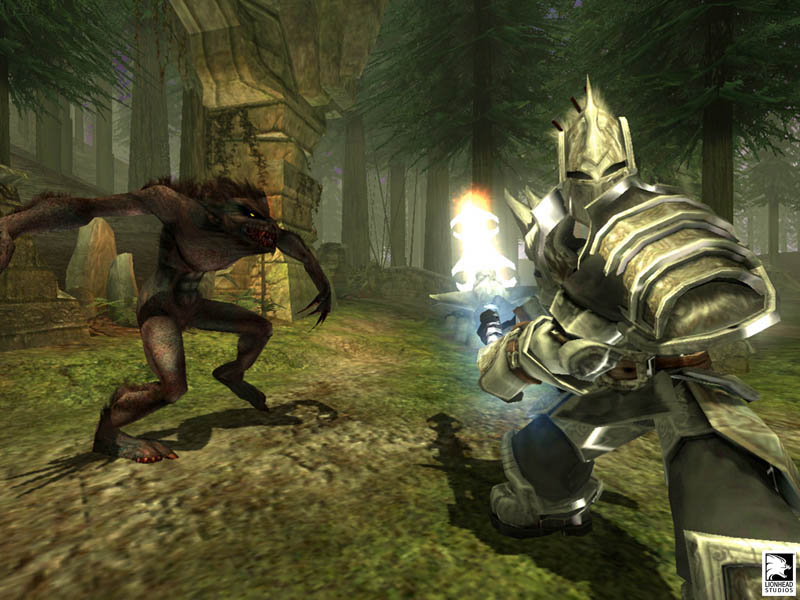 The combat mechanics played a big part in creating an enjoyable game, but a lot of the fun came from just exploring the world and seeing what sort of trouble one could get into. The goal of the hero was to gain fame, which was measured by their renown which was acquired by completing quests and the reaction of the NPCs was determined by the character’s alignment, which was also influenced by their actions. Good characters would seem to develop a bright aura around them and a halo, while evil characters would grow horns and attract pestilence. The NPC behaviors weren’t quite as unique as early claims from Project Ego days would have you believe, but they did react based on those factors, though just about everyone gave the same reaction based on the hero’s current renown and alignment.

NPC reactions is an area where Fable probably could have benefited from some more tweaking, since early on in the game no one takes the hero seriously, but after playing a few hours the player is likely either the most beloved or feared resident of Albion. The citizens of Albion are superficial as once the fame came in so did the opportunity to take on a spouse or three. Fable was progressive in terms of marriage, allowing the player to take a spouse of the same gender and engage in polygamy. Well, maybe polygamy wasn’t accepted in Albion since there could only be one spouse per town, so these multiple partners weren’t exactly legit. They ended up leaving me anyway since I never spent any time with them or gave them gifts, but considering how difficult and time consuming it was to actually take a spouse to bed, they seemed to be more trouble than they were worth. The main purpose spouses served in Fable was when playing as an evil character, killing them would net so many evil alignment points. 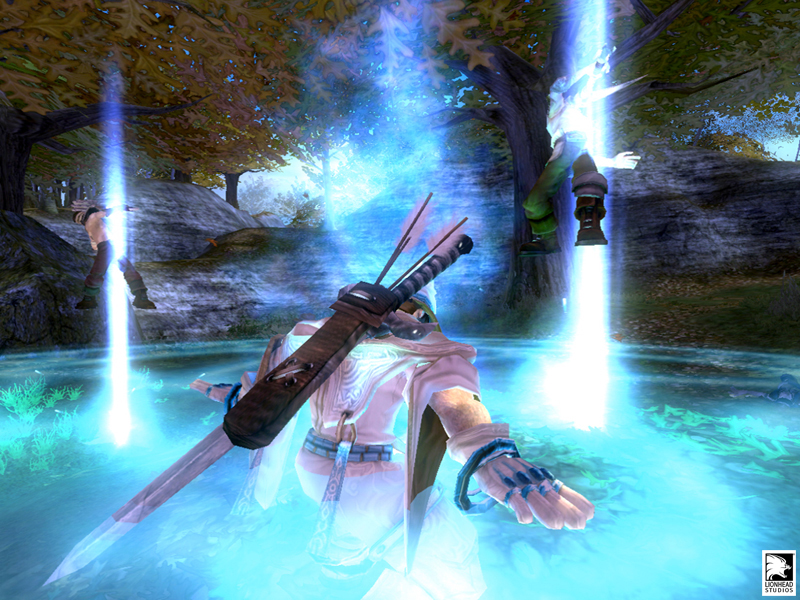 Choosing to be good or evil was usually straightforward. Several of the main quests had an optional way to end them depending on the outcome, typically spare the foe for good points and kill them for evil. There were a couple quests where there were two available quests but they were the same event, the choice was just to determine what side the player was on which actually was a cool way of making it feel like you were choosing a side. A more fun way to rack up the evil points was to just go on a Grand Theft Auto style rampage in town and kill a bunch of guards and civilians, but again no killing children since they take away your weapons in the towns with kids. This can actually cause some problems, since you may want to go to town but end up having a massive bounty in several towns that doesn’t expire for a few days.

There were many secrets to discover in Albion, which was necessary to pad out the game. The main story campaign was short by RPG standards, so having optional side quests and secrets added value to the title. Demon doors would have treasures such as legendary weapons if you could solve the riddle to open them and there were many silver keys scattered across the land they were needed to open silver treasure boxes. They may have have fixed this in the subsequent reissues of Fable, but in the original Xbox version there was a glitch to get unlimited silver keys. This worked by getting a key, doing a hero save but not a world save and then load the file. The character will have the key in their inventory and the key will be waiting to be collected in its original spot. 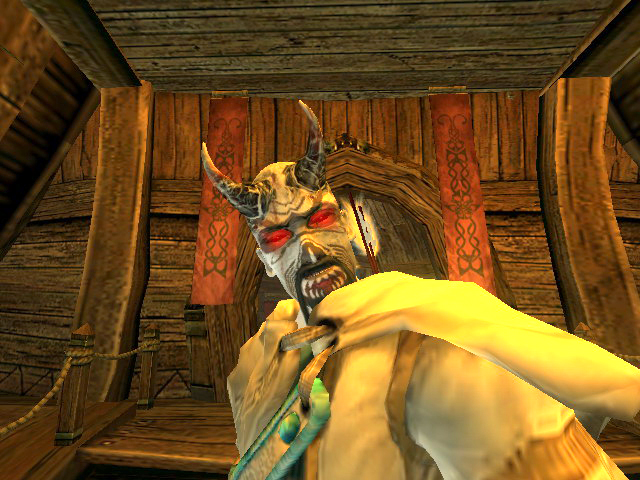 Despite not living up to some of the promises made by Peter Molyneux during its production, Fable is a great RPG and one of the standout Xbox titles. The freedom to play as a virtuous hero or a vile hellion is reason enough to play through this title twice and as short as the main quest is, that isn’t nearly as demanding of a request as it would be with some other RPGs. A year later Fable: The Lost Chapters was released which featured an additional chapter with a new area and enemies at the end of the game along with some additional side quests and minor features. For the tenth anniversary an updated version of Fable: The Lost Chapters was released as Fable Anniversary for Xbox 360, which was a bug riddled mess on its initial release. It has been improved somewhat through patches but playing Fable: The Lost Chapters on the original Xbox is the recommended way to go if at all possible, though any RPG fan should experience this title in some capacity, even if Fable Anniversary is the most realistic option. Fable II was a well done follow up and the less said about Fable III the better.