While it may continue the trend of feeling awkwardly off-sync when taking a trip to the city or, heaven forbid, crossing the entire Atlantic for a gaming event in America — which almost always seems to be a decade or two ahead in technological integration from where I stand — one of the main advantages to living in a mostly rural setting is the sense of a quieter, more isolated stance away from the hustle and bustle of city life. As someone having grown up in fairly isolated surroundings — though coming to appreciate the joys of a more natural, countryside locale — it’s always nice to find a game that invests extra care into the kind of surroundings that aren’t automatically affiliated or otherwise associated with being heavily-dense, highly-active surroundings such as cities.

Whether this is purely fantastical or as close to (maybe perfectly replicating) the nature of small town life here on Earth, structurally limited these spaces may be, you can do so much with the tone and aesthetic of such a place. Brownie points are on offer if you can factor in cobblestone paths and narrow streets that vehicles barely fit through. Just sayin’. Yes, my area of residence (and, it can be argued, expertise) has these and so many more minor features that give such lone locales a pleasant sense of old-fashioned splendor. But to [finally] segue this into video games, one of the most surprising accomplishments of Yakuza 6 is the way it finds time for the little details, the quieter moments if you will. Away from the flash and the flurry of its combat and even the kaleidoscopic variety of its depth-inducing mini-games. 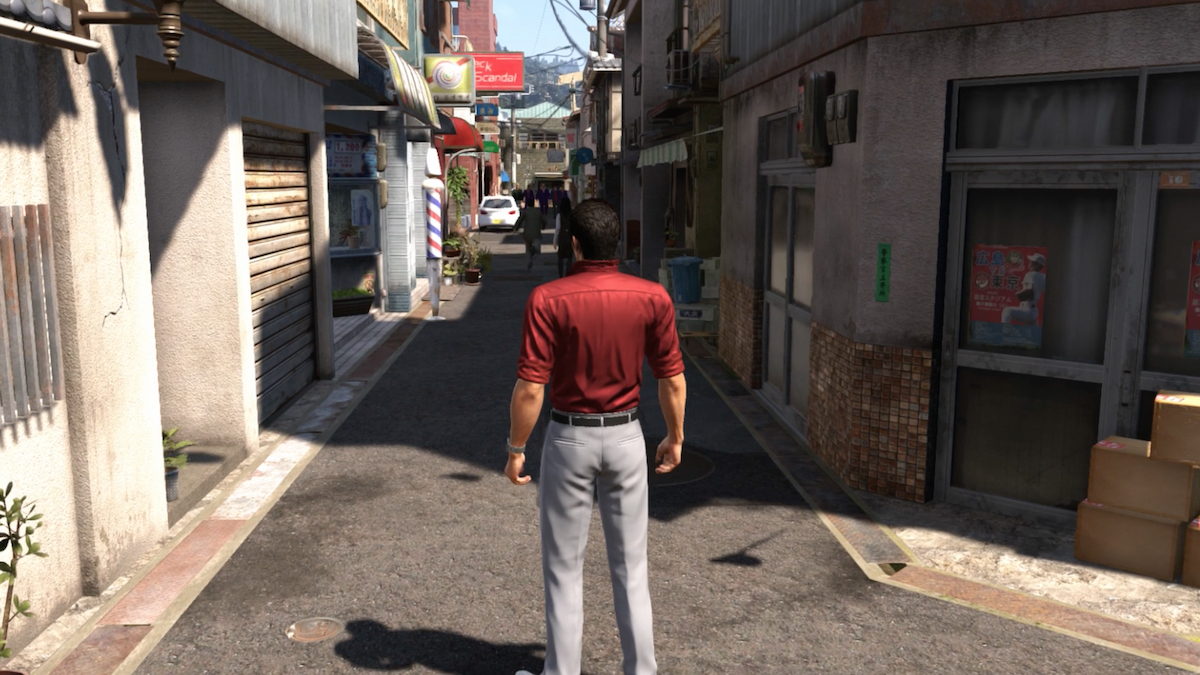 I can see why Sega would want to devote entire press releases and/or related gameplay footage to what many wouldn’t instinctively associate with a series like Yakuza: showing main protagonist Kazuma Kiryu casually strolling through the streets of Onomichi, be it with baby Haruto under his arm, or not. Onomichi may not have the luxury or the charm of the rustically British country and all the many market towns it heralds (if you want a clearer visage as to what exactly I’m drawing comparisons with, go take a gander at Everybody’s Gone to the Rapture, or at least the first half of it) but what it does have is the series staple on placing care in its settings. And in Yakuza 6’s case, that care extends beyond the limits of the Kamurocho district to a coastal town famed for its ship-building and…well, not much else to be frank. Even so, Yakuza 6’s Onomichi — small it may be in total area and seemingly insignificant in the geographic hierarchy — proves that size is not the be-all, end-all of what makes a good video game environment.

As much as I enjoyed the explorative aspect of games like Breath of the Wild, Xenoblade Chronicles 2 and still enjoy the likes of Kingdom Come: Deliverance and Far Cry 5, Yakuza 6 proves a totally different kind of explorative joy can succeed just as well as any grand RPG or adventure alike. One that could be swung by one’s personal bias, but is nonetheless a pleasant counter to the idea that in order to succeed, open-world games must tally into the hundreds of square kilometers and provide gorgeously distant shot after distant shot. Again, nothing wrong with that approach, but herein lies a game that takes the opposing view and offers a convincing argument that both viewpoints are equally fruitful. 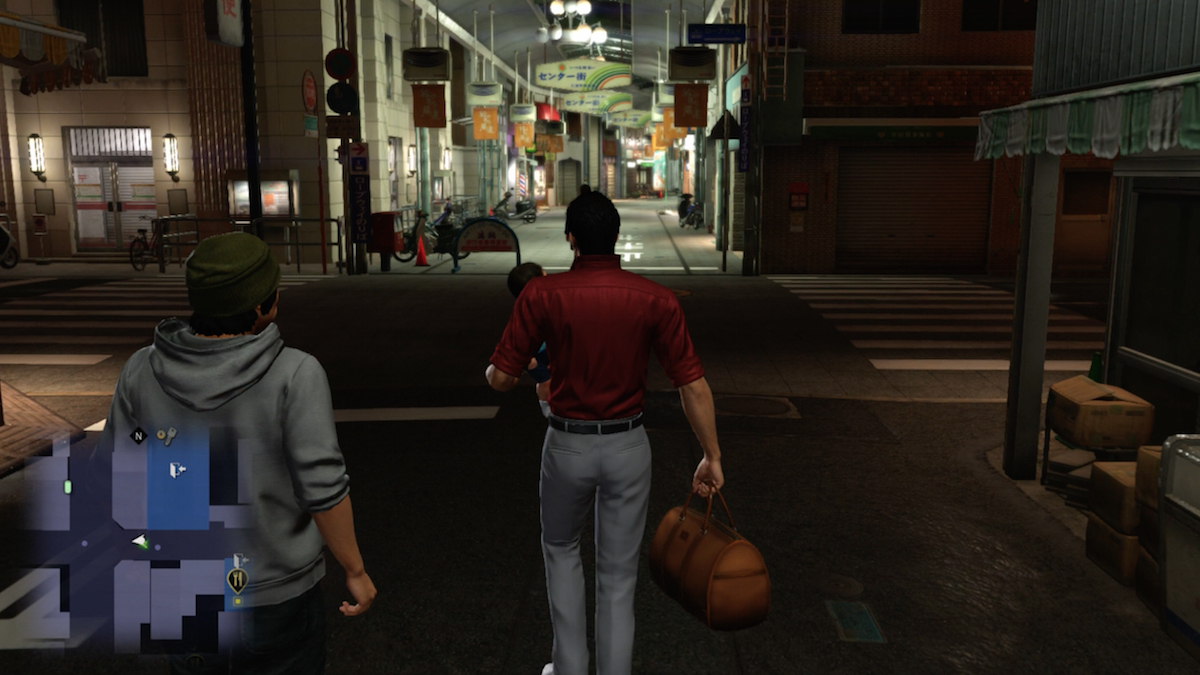 The Yakuza series has never really been about finding the perfect shot, though, and while it does give you the option to take a snap with your trustee smartphone’s camera app (as do a lot of games nowadays), what I respect from the developers at Sega moreso is their retaining of the series’ more intimate moments of exploration. Casually strolling up and down these painstakingly replicated town streets; making your way to the next designated restaurant/mini-game; eventually deciding on finding out where that cable car ride does in fact take you. Occasionally bumping into another group of thugs whom you must take down…whether that’s on a bridge or outside a small shopping district…and then resuming your nice stroll. Kiryu offering a token wiping away/adjusting of his shirt to only reassert Yakuza’s warranted, deserved confidence and would-be swagger as an immersive experience through-and-through.

There’s even a few points throughout where the game allows — even vouches — you to go off on your own and explore the district without the bearing of a crucial story objective, more often than not resulting in the odd Side Story. It does of course lead to the next plot cue eventually, but without restricting its player to overbearing markers, Yakuza 6 can even offer the simple pleasures of casually exploring a locale like Onomichi without it coming across as mandatory. That’s largely down to how much detail is pouring from the environment and bizarrely how that makes for a nice yin-and-yang with its more aggressive, tactilely-focused set-pieces of boss fights and story details alike. 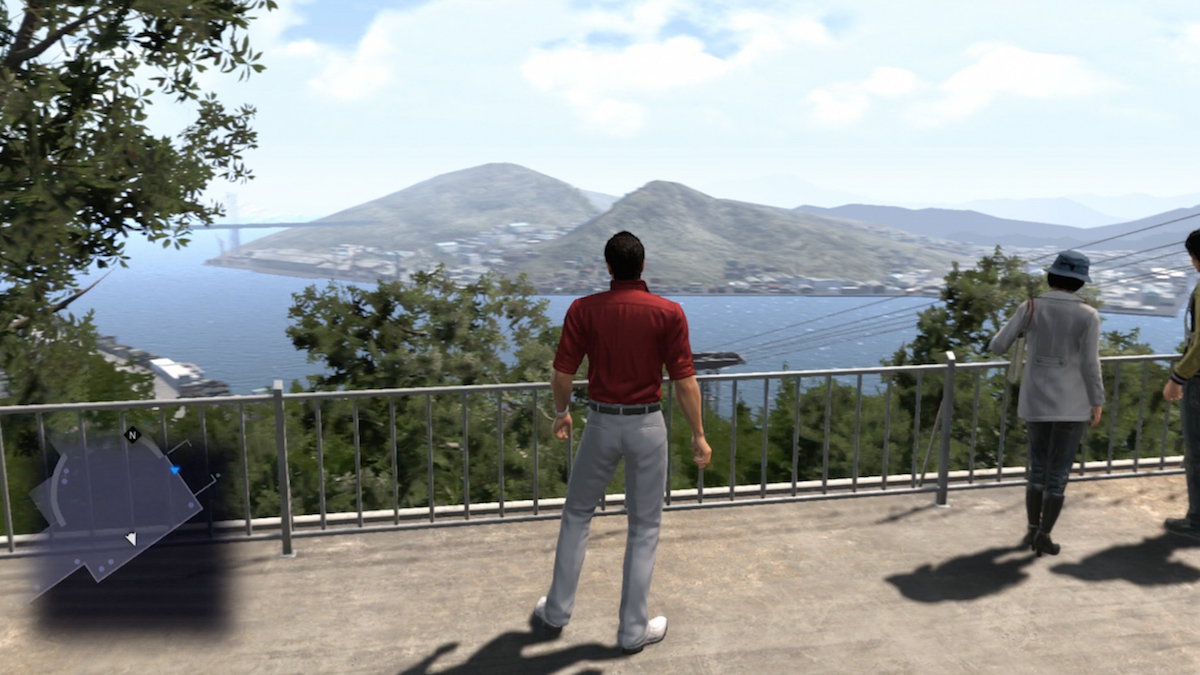 Above all else, it’s a nice artistic and aesthetic change from the loud, neon-drenched tourism of the big city. Onomichi at night is surprisingly captivating in the way the black of the evening skies punctuates the low hum of the quietened town with its solemn street light and traffic only barely disrupting the isolation all around. A lot of it is mere dressing of course; you can’t enter every single building present in Onomichi and there is a degree of restriction on how many shops/restaurants will inevitably be placed without letting players forget about the similarly-condensed surroundings back in Kamurocho.

The game does let you travel between the two locations on a whim after a certain point after all, so there of course needs to be a reason to return to either locale now and again. I am going to win a damn game of Mahjong back in the city, even if it kills me. But on reflection, it just doesn’t feel right to navigate an in-game locale such as this with the sprint function. Anyone who takes displeasure at games that force you into a casual stroll — so as to lump story exposition on your shoulders or perhaps just offer time to load in the forthcoming assets — might be surprised at how little they’ll find themselves having Kiryu sprint or frantically running to the next destination. 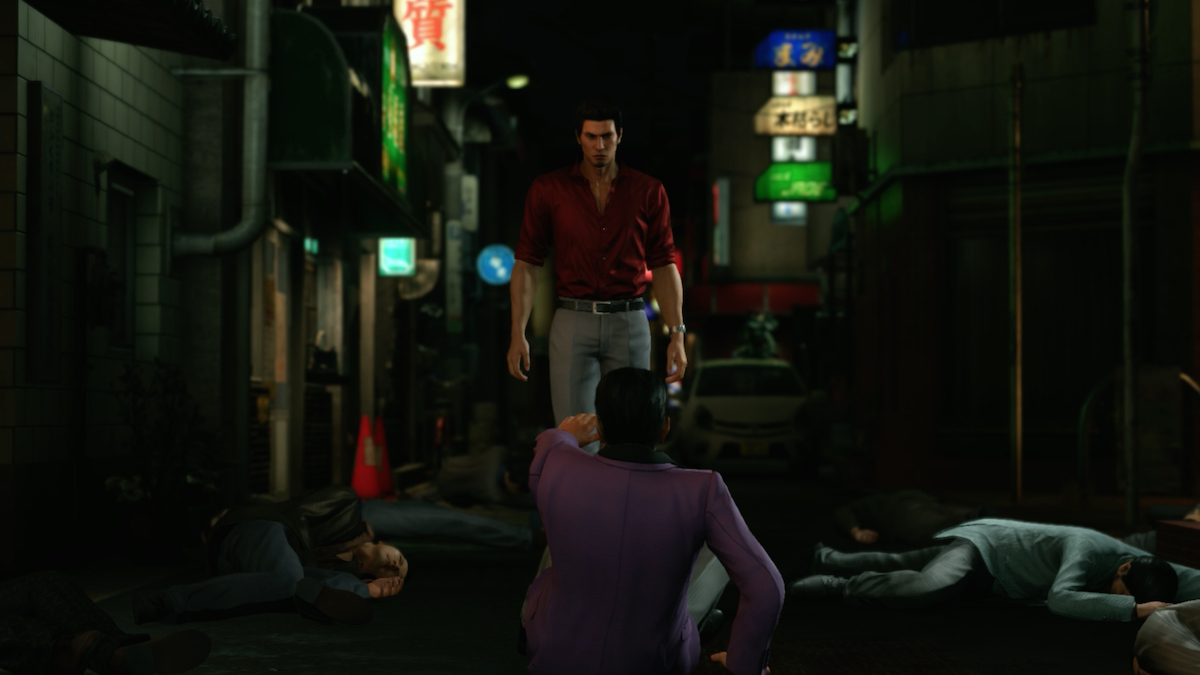 Yakuza 6 more than merits the need to take things a touch slower, though. To soak in the environments on show and to appreciate that for all the wonder worlds may have in other video games, The Song of Life instead prefers to narrow in on a given region of the world and let you appreciate not just the care Sega have put into its visuals, but its palpable atmosphere more so without feeling indulgent or otherwise pompous in its accomplishment. Yakuza 6 is a lot of things — good things, thankfully — but even after so many iterations, I hadn’t quite expected its locales to immerse me so.