Twisted Pixel made a name for themselves as successful developers with colorful and cartoonish titles such as ‘Splosion Man and Comic Jumper, but last year they gave us Wilson’s Heart, a monochrome virtual reality game that acted as an ode to Universal horror films, and felt vastly different from their usual work (although it did still have a bit of the camp factor). And now for their follow-up, the team is moving away from premises rooted in the past to modern spy fiction. And considering that I Expect You To Die was an amazing example of how to do more classic spy fiction in VR, I was hoping for an equally impressive yet amazing take on virtual espionage, and having played it at Oculus’ Game Days event at PAX East, I was not disappointed.

Starting off in an airplane bathroom, things begin with your character – an elite operative working undercover – being instructed by their handler Doran to put in their headpiece and special contact lenses for analysis purposes. We had to get to the front of a plane filled with bodyguards to meet up with a high roller and extract information with them about a certain shady deal they had made. Unlike Wilson’s Heart, Defector opted out of the teleportation-based movement typically seen in VR in favor of full 360-degree movement, and it worked perfectly, strolling around effortlessly and stopping to do little things like drink a cup of coffee, surrounded by impressive, hi-tech visuals and aesthetics. 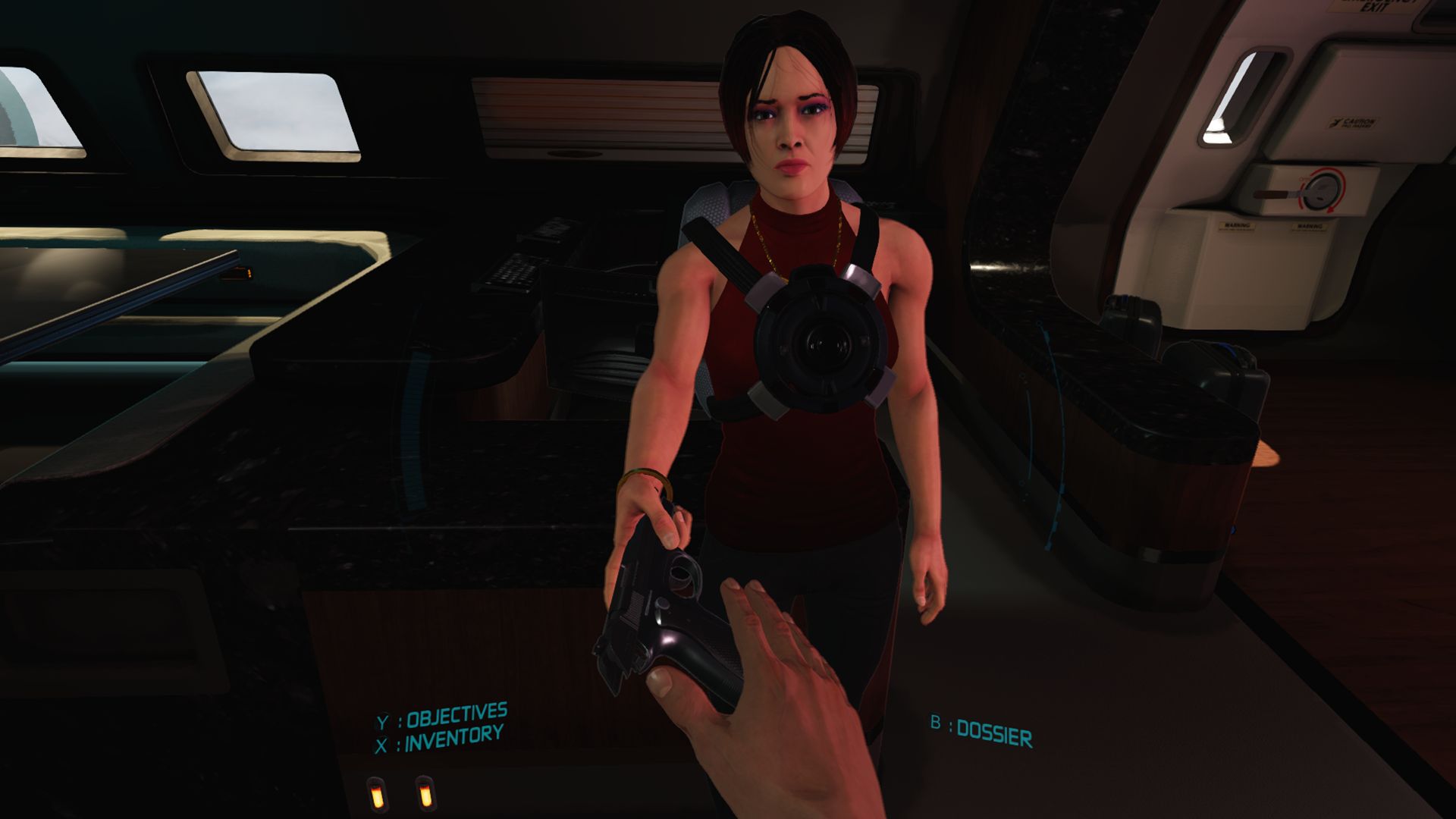 Like any proper Bond villain, our foe invited us to sit down for a meal alongside their girlfriend, at which point I could begin our discussion. Thus began a tutorial explaining not just how dialogue options work, but also how players could properly lead targets into developing trust and delivering valuable information in the process. As three different dialogue options appeared, a little meter showed that you could only afford four mistakes before things went south. Of course, the game would still continue, as Defector is placing more emphasis on a branching narrative this time around, allowing players to ponder what impacts their decisions can have and craft how they approach things (although this did mean that the additional firearms tutorial ended up being for nothing since I made the choices that skipped any gunfights, though it also appeared to control quite well).

Unfortunately, I had made a costly decision at one point that blew my cover (and meant that I missed out on a few objectives, such as being able to loot a hidden safe), but just as the baddie was about to off me, it turned out that his “girlfriend” was a fellow operative as well. Then he decided to seal the cabin and just gas us, at which point the contact lenses came into play. Standard detective vision applied here, though it was impressive just how much stuff you could interact with. After successfully neutralizing the gas and grilling a bit more info, it came time to choose how we would be getting out of this one.

The only flaw with Defector so far is that it does inadvertently showcase how some moments of action in video games don’t translate as well into VR. Moving and shooting are perfectly fine, but it’s when you get to big spectacles that things get awkward. After having knocked our foe out, me and my partner had to choose whether to escape by shooting our way through the remaining men in the back of the plane, or by strapping on parachutes and jumping out to grab on to another plane passing by that was carrying the cargo we desired. Feeling the need for something more exhilarating, I opted for the latter. As things went wrong, though, I had to grab a hold of any part of the plane as it careened out of control. 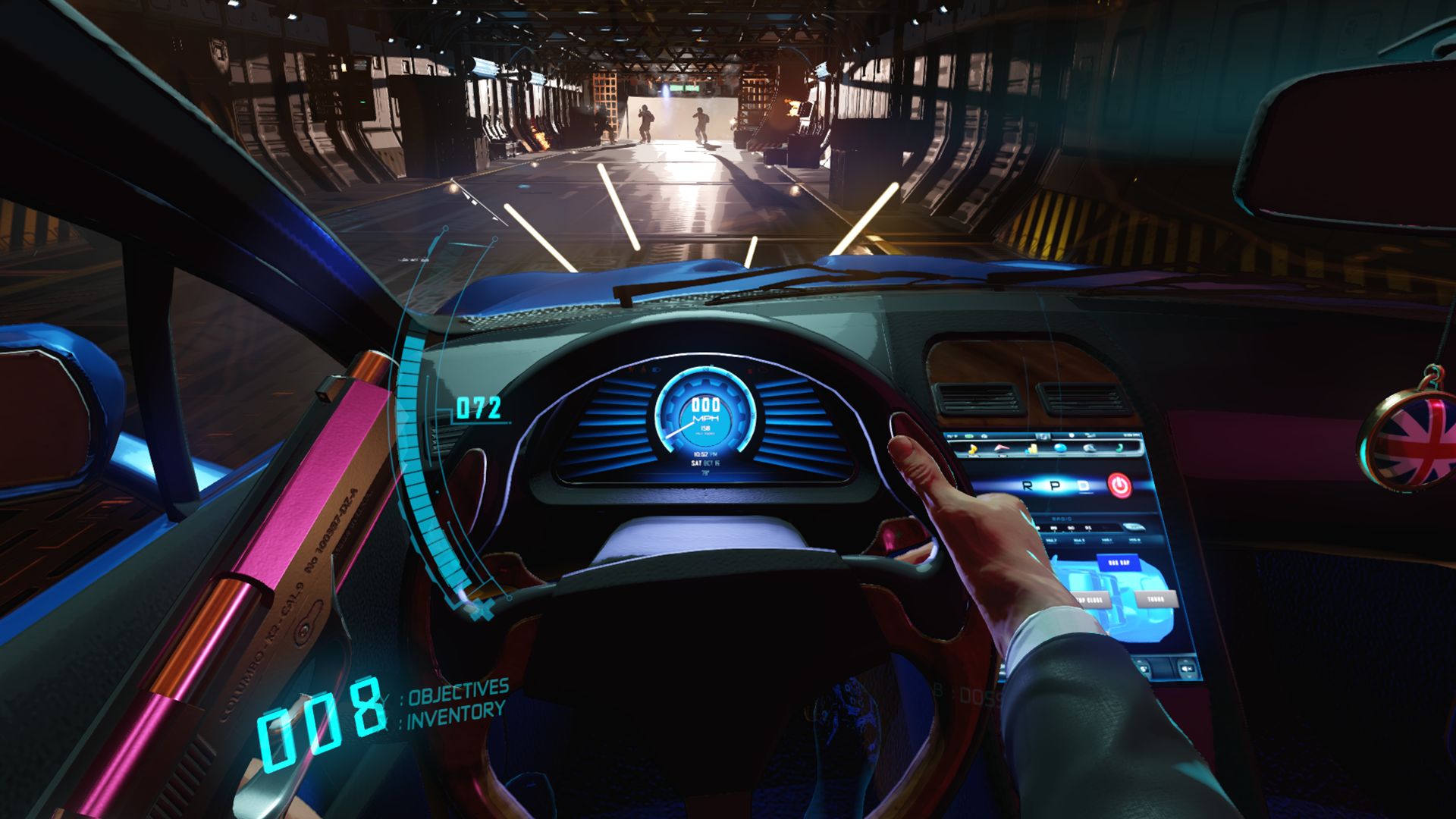 Now, in a regular game, you would either just have a cinematic where the character is shown making a successful grab before you take control of them, or have a quick-time event that requires a simple button press. Unfortunately, the current version of the game expects you to correctly mimic the grab yourself, and it doesn’t make it fully clear just how you’re supposed to successfully execute this maneuver in the limited amount of time. It may have been more immersive, but it wasn’t as fun. Eventually, I discovered that you have to hold both arms upward and grab at just the right moment, but hopefully these bits of frustration will be fixed later on. Still, the moment afterwards where you have to successfully climb up the edge of the plane by clutching highlighted parts that were becoming exposed was amazing, feeling exactly like a scene out of a Mission: Impossible film.

Defector does indeed keep going in a new direction for Twisted Pixel, but one that’s clearly headed towards something that could be a terrific and deep mix of action and adventure elements with a lot of variety that creates some impressive espionage moments. Defector is due out later this year for Oculus Touch, and may indeed be one for VR fans (or anyone in general) to look out for.