Stories: The Path of Destinies was a rather well-received action RPG from Montreal-based indie developers Spearhead Games, providing a rather fun experience with a deep, branching narrative. So how exactly do you craft a follow-up to something like that? Well, you gather another group of anthropomorphic animals, create a murder mystery for them to solve, then have a central theme be the trust and distrust between certain species. So it’s a little bit like Zootopia, except here you’re playing as a mysterious Harbinger, and solving the murder here is the key to preventing annihilation and the utter end of the world. So in other words, not really like Zootopia, but it’s still an incredibly fun piece of work with a lot to enjoy, even in a small burst. 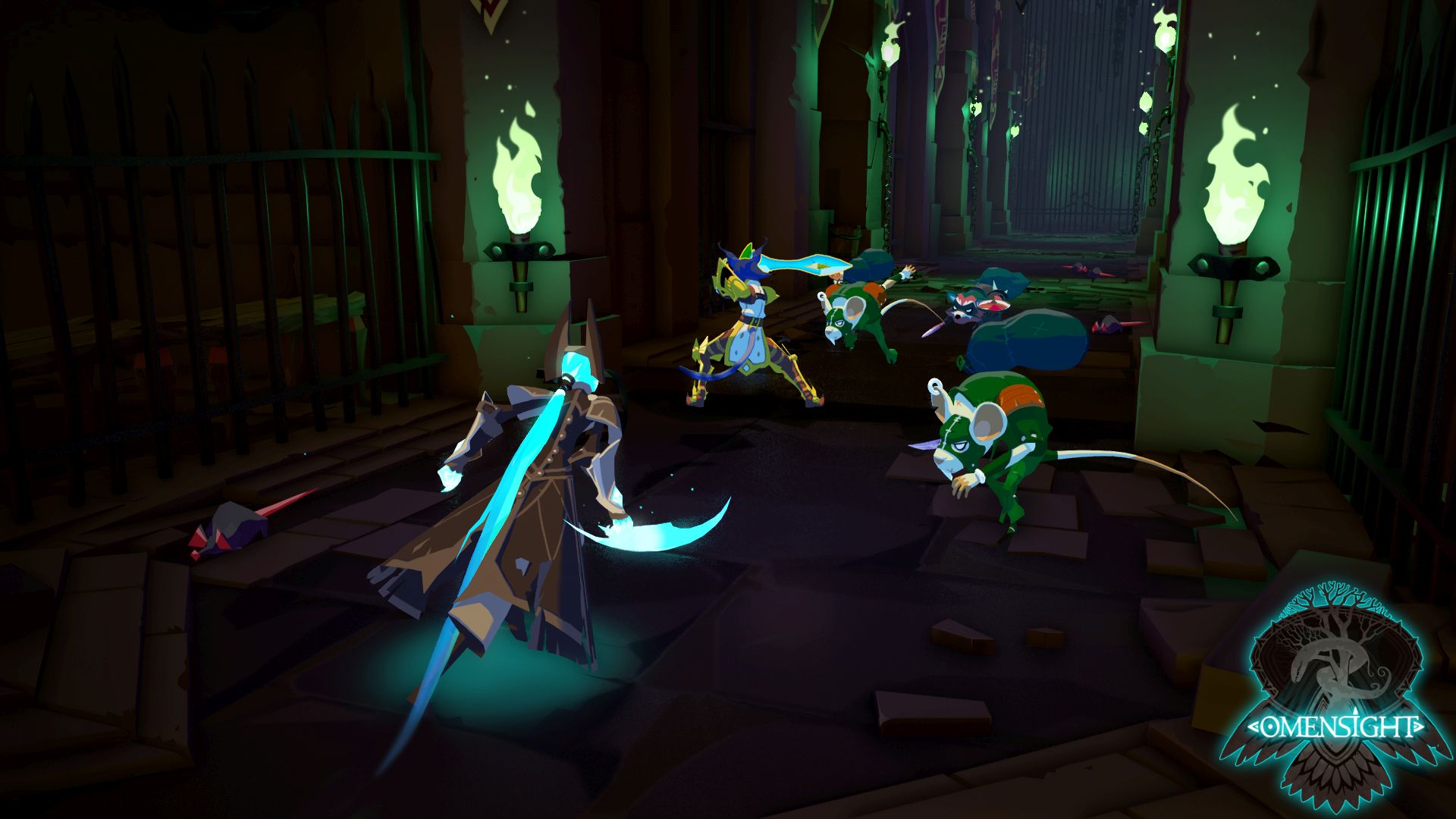 As seen in the previous story trailer, Omensight begins when a powerful priestess named Vera is mysteriously killed, affecting the tree of life and causing a war between the animal inhabitants of the fantasy land of Urralia. So now with land’s fate now on the line, the Harbinger only has a few days to figure out what happened and restore things to normal. The story is told with some rather impressive visuals and fluid animations, featuring a nice variety of color and some impressive character designs, helping to really bring Urralia to life and making quite the impression.

Speaking of characters, the current demo had the Harbinger teamed up with Ratika, a sharp-tongued bard from Rodentia, serving as one of the half a dozen or so companions that you can team up with along the way, each bringing their own stories and special skills to the table. The Harbinger, though, being an entity that exists outside of time, has their own skills that allow them to either slow down time or speed up for combat purposes. And said combat is indeed a hack-and-slash-ish highlight, as is the platforming. The controls are stellar, and the areas had a lot to explore and work with, as we made our way to the lair of Indrik, a visionary from Rodentia’s rival land. And when we made it here, we found Indrik…alongside the dead body of another companion. 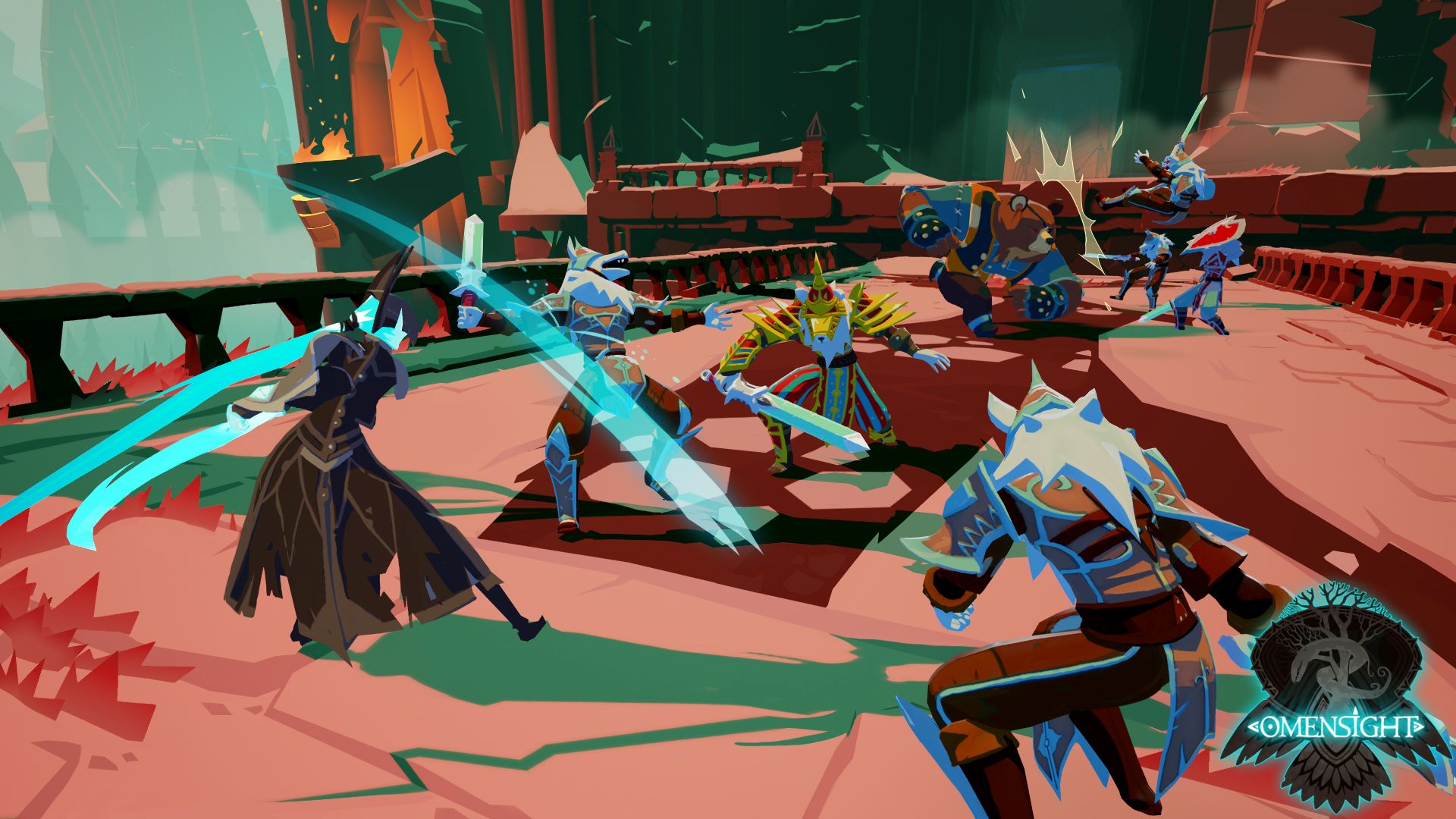 It’s at this point that, after listening to both Ratika and Indrik, the game offered up a choice. Either join Ratika in battle, or use our titular Omensight to show Indrik all that we had learned so far, in a showcase of the game’s branching narrative. I opted for the latter, hoping that it would lead to more vital information if Indrik was more compliant. Indeed, our avian friend gave us more details behind the inner workings of the land and more information that provided a lead as to what happened, but not before we had lost trust with Ratika and they made a hasty exit. The game’s little doomsaday clock advanced a bit, and I knew the Harbinger would have to work together with everyone in order to prevent armageddon. And so with the Hrabinger’s time-related powers, we would have to eventually go back to explore different branches in a rather captivating tale.

Between its eye-catching style, fun gameplay and combat, and deep story with a lot of potential twists and turns, Omensight definitely seems like more than just a worthy spiritual successor to Stories. It’s an incredibly impressive adventure in the making, and definitely has the potential to be a possible sleeper hit. And we’ll see if that is indeed the case when Omensight comes out later this year for PC, PS4, and Xbox One, when we’ll get to investigate one of the most epic and bizarre murders we’ve seen…