Shaq Fu’s infamous legacy has always been one that has puzzled me. See, as someone who grew up when the game was first released and was reading loads of video game magazines, I can tell you exactly how the game’s release went down. Shaq Fu received exactly the same amount of coverage as any other B-list game prior to its release, received generally mediocre-to-average reviews upon release, had no significant sales impact, affected the careers of no one, and was promptly forgotten about a few months later. Just like any other lower-tier Mortal Kombat/Street Fighter wannabe from that era. And yet today, Shaq Fu is lumped in with the likes of E.T. for the Atari 2600 as one the worst games ever. 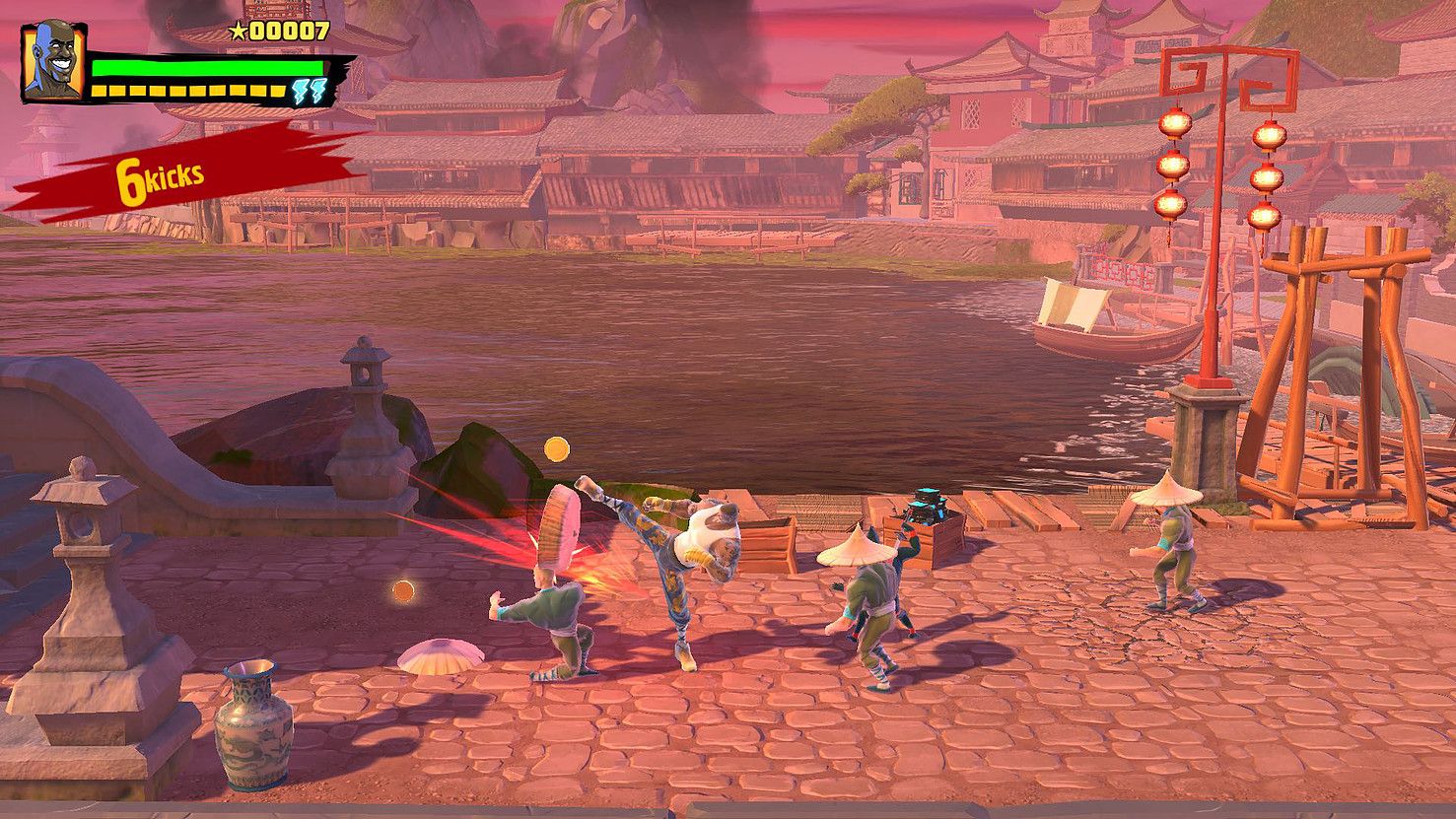 True, it certainly was a stupid idea, and it still wasn’t a good game, but it still feels like most of the negativity against it is exaggerated. And yet it’s that same exaggeration that arguably led to a successful Indiegogo campaign, which has now led us to Shaq Fu: A Legend Reborn, which has even used the negative opinions of original in its own marketing. But a sense of humor and self-depreciation mean nothing if you don’t have a good game and instead rely on an “ironic” reputation (as Bubsy: The Woolies Strike Back can attest to). Thankfully, it appears as though developers Saber Interactive have made sure that the new Shaq Fu can still stand on its own as a solid game.

That’s not to say Shaq Fu: A Legend Reborn doesn’t have a sense of humor, oh, heck no. The tongue is jammed firmly up against the cheek here, as one may expect from a story where Shaquille O’Neal (voiced by himself) is an orphan raised in China and becomes a martial arts master to deal with local bullies, where Shaq’s own rap songs play in the background, and where Icy Hot is present as a power-up that restores full health. Some of the jokes about don’t land (mainly the ones that feel like they aim a little too low-brow), but it’s still hard not to at least chuckle at most of the material, which even finds room for a Kazaam shout-out. 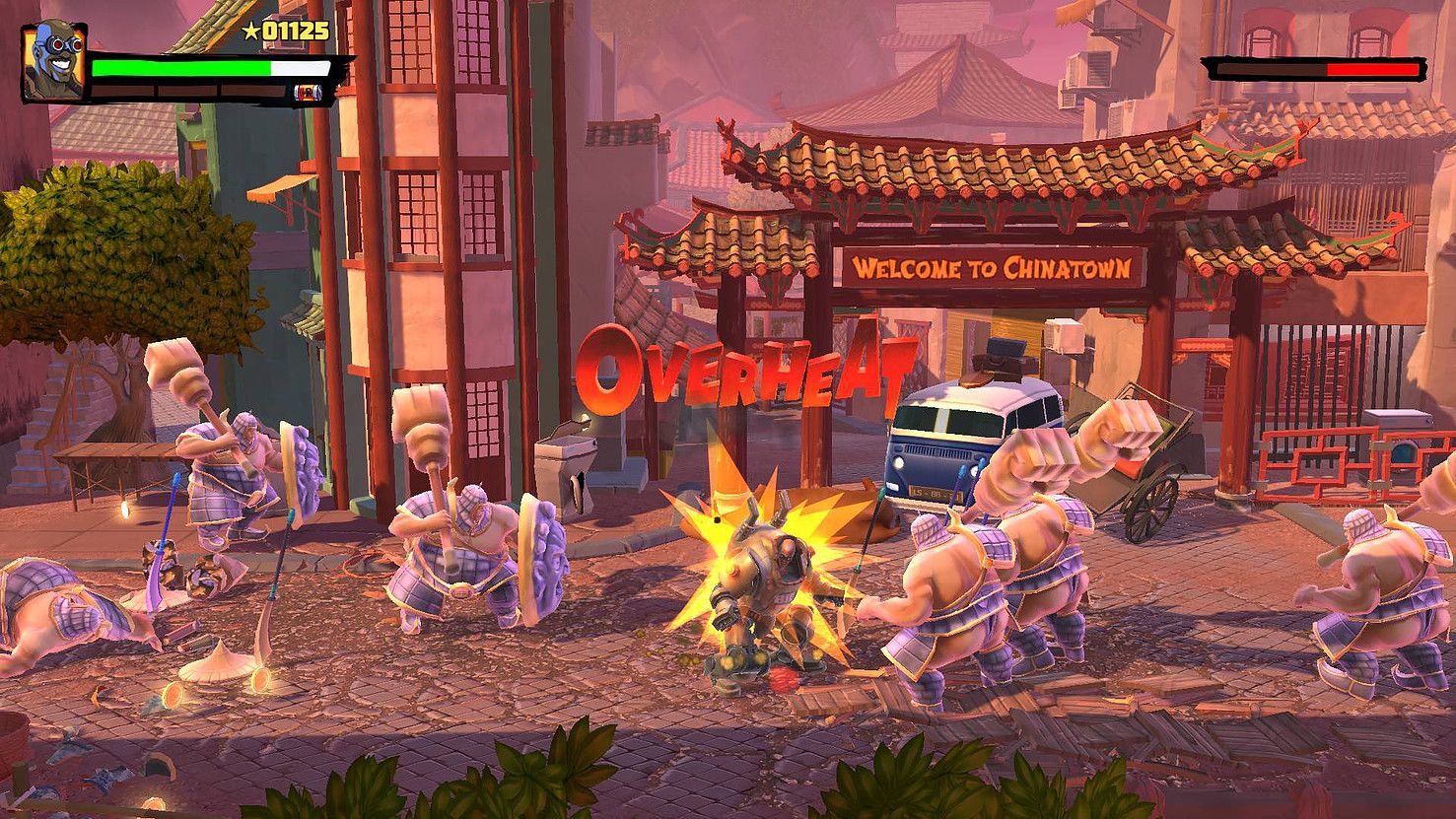 But what really makes it all work is that the humor blends with the cartoonish visuals and a shift into the beat-’em-up genre to seemingly evoke the feel of classic ’90s side-scrolling arcade brawlers. In fact, one special move allows you to even throw enemies against the TV screen in the foreground and crack it, at which point the SNES version of Turtles in Time immediately springsto mind. Thankfully, Shaq Fu: A Legend Reborn also plays just as well as those games, with moves and combos that are simple to perform, a good chunk of scenery to smash, detailed backgrounds, neat enemy designs, and fun switches in gameplay where you get to play as a mech-suited Shaq Diesel who can destroy opponents by literally letting off steam.

With any luck, Shaq Fu: A Legend Reborn could become another Double Dragon Neon, embracing its inherent cheese while still delivering a polished, classic beat’em-up. And assuming it keeps things nice and varied with a good level of challenge, as was present in the demo, maybe luck won’t be needed. Still, here’s hoping that the game delivers another experience straight out of 1994 – but with a ton more polish this time – when it hits all major platforms on June 5.