Hardcore Gamer recently had the privilege of interviewing Jason Graves, a renowned composer who has worked on countless film, television and video game scores. His credits include scoring the Dead Space series, the Tomb Raider reboot and most recently, Moss for PlayStation VR — a game we called “an exceptionally thoughtful, beautiful and unique experience” in our review. We had the chance to discuss the unique qualities of scoring music for VR games, what ideas and concepts inspired the music behind Moss and much, much more.

[Hardcore Gamer] You’ve composed scores for numerous “traditional” video games, but was there anything unique about your approach to scoring a VR game like Moss?

[Jason Graves] There are definitely some fun things you can do with binaural sound and music in VR, which is placing sounds or instruments in the virtual, 3D space around the player. For Moss, we all agreed from the beginning this was the kind of game that would benefit from an amazing, virtual 3D sounding environment, along with a musical score that played a more traditional role. That is, underscoring the gameplay and emphasizing the emotional bond between the player and Quill.

Did the game’s relationship between the “reader” character and Quill impact the score in any way?

Absolutely. Polyarc wanted to craft an emotional experience from the beginning and understood how important music would be. They had already laid an amazing foundation with Quill – her personality was already shining through the animation and character design. Music was simply the icing on the cake. Every project needs something different, depending on the story, gameplay, etc. I’m a huge fan of melodic writing, but many times the games I’m scoring require a more textural approach, which is completely fine too.

But Moss was an obvious choice for melody. There are five or six different themes in the game – one of them is almost always playing at any point in the score. It’s very melodically-driven. I think those themes, and a melodic sensibility in general, is what allows players to identify with the score, and, by extension, our adorable protagonist.

I noticed much of the music in Moss utilizes classical strings as well as a heavy use of harps. Were these used to produce a medieval sort of quality or did you have something else in mind for this score?

The general idea behind the score is something that is small and epic at the same time, while also having some sort of “woodsy” aspect to it, which is probably where you are getting the medieval vibe. Plus a lot of the guitar, harps and dulcimers are playing open 5th chords, so there’s no harmony to tell the listener if it’s major (happy) or minor (sad), which is also fairly medieval.

I liked the idea of crafting a score from instruments that could almost be playing in a tiny little pub in Quill’s village – hammered dulcimer, Celtic harp, guitar, ukulele, flute, violin – they are all fairly small sized and small sounding, instruments. Even the percussion instruments I play are very small and nimble. That is an important aesthetic that runs through the entire score.

These are also very timeless instruments, as is our location and story. I didn’t want the music to sound “old,” just that it had the possibility of being around for a while – well established – before we ever heard it.

The score changes dramatically depending on if Quill is simply solving some puzzles or if she’s engaged in battle. Which sort of tracks do you prefer composing – the more laid back and melodic tunes, or the more energetic and perhaps frantic ones?

I tend to favor the non-combat tracks in general, but combat in Moss was completely different than any game I had scored before. I think the combat tracks were probably the most rewarding to work on, though definitely the most challenging at the same time. I wanted the combat to feel slightly frenetic but not panicky or scared in any way. One of them is even in a major key!

After all, Quill is a tiny mouse and sometimes her enemies are considerably larger than she is. But she also throws herself into anything she does, including her combat moves. You can literally see her entire body moving behind each sword stroke. The combat music was written more as a dance than a fight. The first piece I wrote is even in three time, much like a waltz would be. But also very fast, almost as if scored to a mouse heartbeat!

Is there any particular track in this game that stands out to you?

“Home To Me” is the original song that I wrote just after visiting Polyarc and falling in love with the world of Moss. I wrote an example piece for the game that included the main theme as heard in “The Clearing,” and even when I was writing that flute and harp solo theme I could hear Malukah, an amazingly talented singer and musician, singing it to me in my head. So I immediately contacted her after I was hired and worked closely to find the proper key and vocal range for the song.

Malukah really captured the heart and soul of Moss with her performance. I played all instrumental tracks aside from flute and violin, which were performed masterfully by Kristin Naigus and Jeff Ball. To say it was a passion project would be an understatement. It was so satisfying to work on, even though it had no real purpose in the game; I was just doing it because I was so inspired by Moss. And it turns out Polyarc chose it for the launch trailer!

Moss ends on a bit of a cliffhanger – do story beats like that influence your writing at all, knowing there’s perhaps more to come?

Most definitely. Polyarc knew what they were doing from the very beginning and having that kind of preparation and emotional groundwork laid out has a huge impact on how I construct the score. There’s still a sense of forward motion and resolution, but I was able to plant tiny thematic and textural seeds along the way that can be nurtured in the future.

Your career has spanned various genres and console generations. Do you approach different genres in unique ways, or does your inspiration and process typically focus on the unique qualities of each individual game?

It’s probably fair to say a bit of both, actually. My first and foremost point of inspiration comes from the game and its developers. It’s so easy to be swept away in the magnificent worlds that are built from scratch. Everything from concept art, story and rough animations give instant impressions and ideas. The ‘check and balance’ against all of that is basically my past experiences and opportunities. I want to build on what I’ve learned in the past but keep moving forward and try new things. Fortunately, my experience so far is developers are looking for unique, fresh musical ideas that can help brand their game and set it apart from others. I have yet to be hired and asked to simply repeat one of my scores that was attached to a successful game. 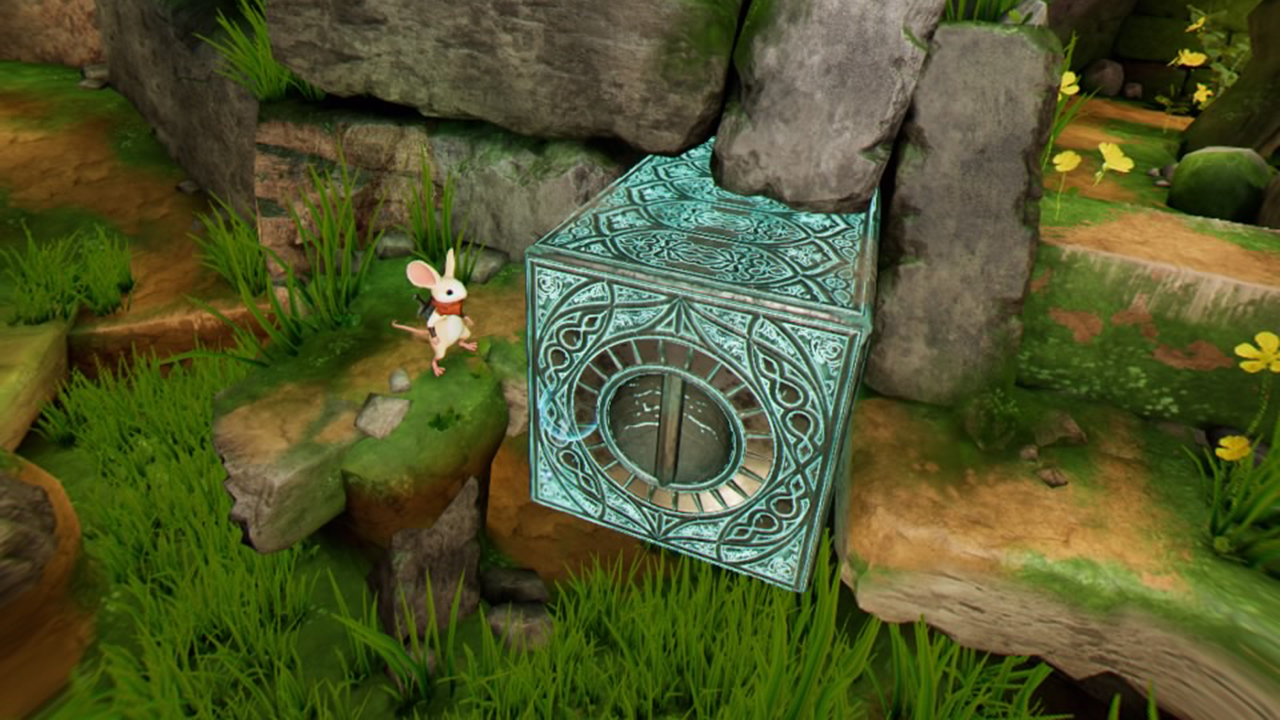 You’ve composed for television and film as well as for video games. Is writing music for an interactive medium different from more static mediums? Does your approach change depending on the medium?

If done properly, the end result should feel seamless and natural, no matter what the medium. But there is definitely a big difference when composing for games. It’s a more granular, layered approach to composition, which makes sense given the music is really being controlled by the player. It needs to underscore their journey. The only real way to have that happen in a way that sounds natural is to break the music up into smaller puzzle pieces. The game then assembles those pieces back, based on the player’s actions, and form the final picture.

A release of the Original Sound Track for Moss is in the works, so as soon as news for when that might be available to the public, expect Hardcore Gamer to have you covered.

To dive even deeper into the wonderful world of video game OSTs, composer interviews, musical analysis and more, be sure to read our complete Checking the Score series.