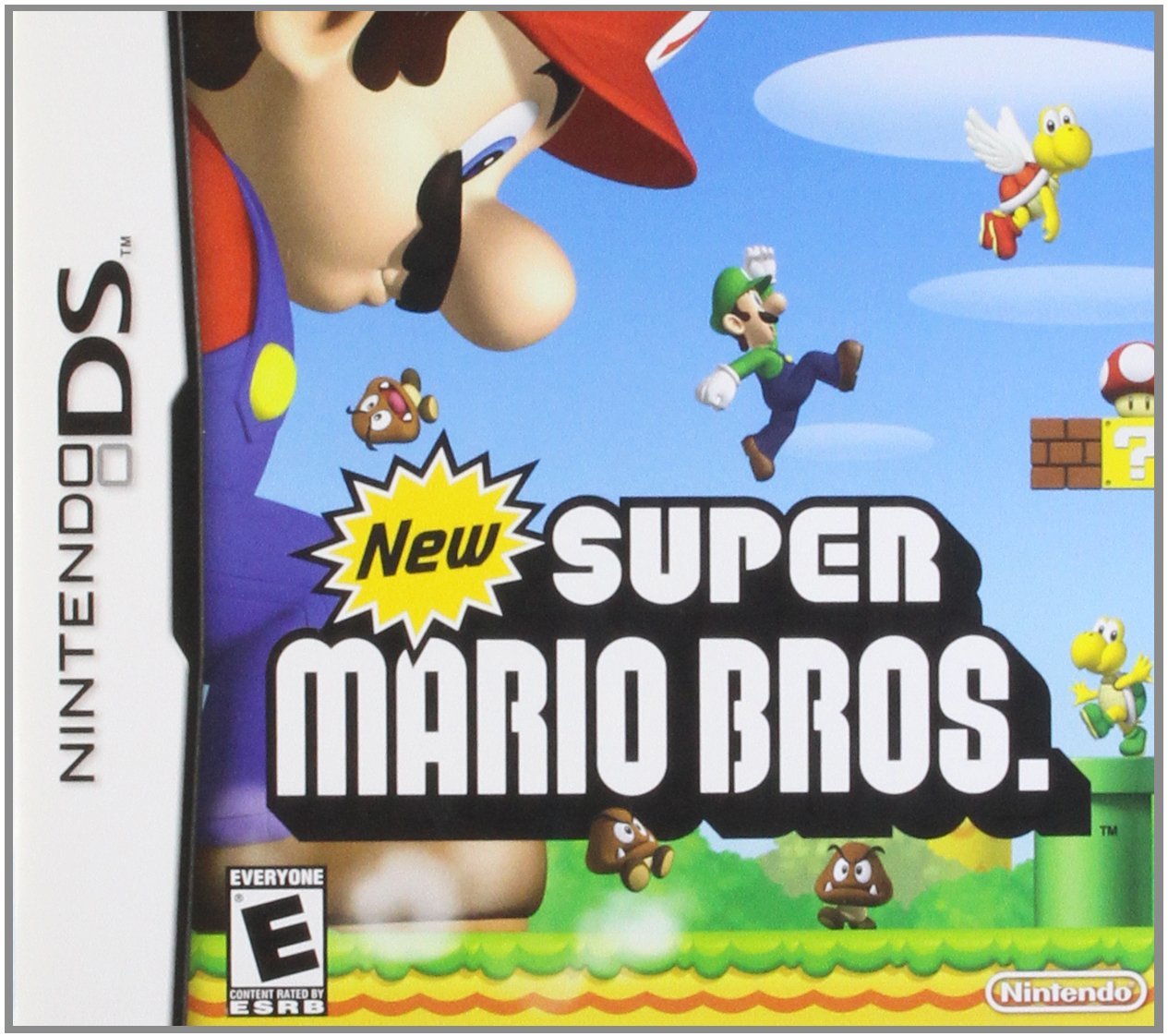 In the world of iconic video game characters it would be hard to argue any of them are more iconic than Mario. The ’90s and early aughts were especially busy for Mario since he had entered into the world of 3D gaming and RPGs. In addition to these changes, he also took part in some smashing fight club and took up a job where he had to cart around a water cannon on his back. These games were generally well received by critics and Nintendo tends to release a new Mario game whenever they want a financial boon because it’s quicker than actually printing money. Mario is a versatile character who can pretty much succeed in any role he is given, but the role that made him what he is today was at the high jumping princess rescuing plumber from Super Mario Bros. The early ’90s was the last time we had a proper 2D Mario Bros game, but that changed in 2006 when New Super Mario Bros. randomly showed up on the DS.

New Super Mario Bros. is exactly what the title implies and it’s surprising that it took so long for it to get released. 2D games were becoming increasingly rare as the ’90s drew to a close with 3D being the new and shiny technology. Home consoles got the occasional 2D title every now and again, but for the most part the Game Boy Advance and DS were keeping the 2D fires burning, most notably with new titles from Castlevania, Contra and Metroid. Ports of older Super Mario Bros. titles did well on these platforms, so perhaps Nintendo chose to wait until all the back catalog was reissued before introducing a new platforming adventure for the portly plumber.

Whatever the reason for waiting fifteen years after 1991’s Super Mario World might have been, New Super Mario Bros. shows that traditional Super Mario Bros. gameplay is basically timeless. It’s a new story about Princess Peach being captured by some miscreant of the Koopa Kingdom for the zillionth time. There’s new power ups and level designs, but at the end of the day, it’s just about being a throwback to the older Mario games. And that’s just fine, since those games are ridiculously fun. 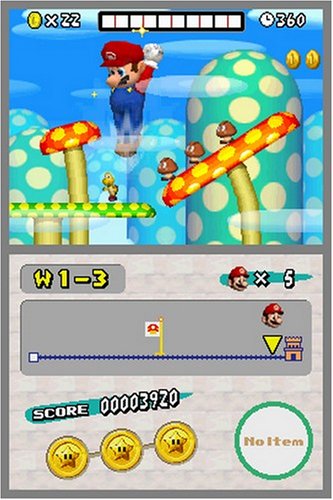 Jokes about how violent that seemingly nonviolent Mario games are in actuality is nothing new, but New Super Mario Bros. does offer up some rather shocking violence early on. At the end of the first level, Mario fights Bowser in an homage to the original Super Mario Bros. but with a twist. After Mario jumps on the Switch to make the bridge disappear, Bowser falls into the lava. He struggles and squirms like a cat trying to escape their owner’s arms until he is reduced to skeletal remains that sink to the bottom of the lake of fire. Mario goes to rescue the princess, or at least be told she is in another castle, but Bowser’s pipsqueak spawn Bowser Jr. is there with the princess and he instantly absconds with her.

So that’s pretty cool. Mario finally kills his arch enemy and should be back with Princess Peach and snapping turtle dragon rugrat now has her. Truthfully, consumers would decree the game a rip off if all problems were solved after the first level, but looking at the situation from Mario’s perspective, this whole predicament just sucks. But no sympathy for the plumber since his loss is our gain since this is the old school title Mario fans have been wanting for years. The game format is basically the same as Super Mario Bros and Super Mario World where there is a map with an overhead view where Mario is guided through each world where he enters several levels that are old-fashioned platforming. 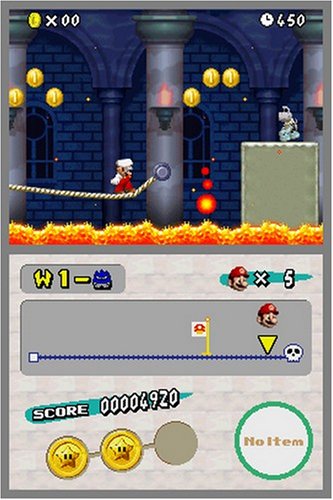 Traditional Super Mario Bros. power ups return, such as the mushroom to make Mario grow, the star for invincibility and the flower to throw fireballs. New Super Mario Bros. also introduces new power ups. Taking the Alice in Wonderland inspired mushroom growing idea further, Mario can now become gigantic and plow through everything or become a mini Mario. He can also equip a blue shell for armor. Even though this is a return to traditional Super Mario Bros. form, some of the new jumping techniques Mario learned in his 3D adventures have carried over such as the ground pound and the ability to jump off walls.

This progresses as a Super Mario game should. It begins easy enough but after the player gets a couple worlds in there are countless dangerous jumps, dastardly enemy placement and Star Coins that require all kinds of acrobatic crouch jumping feats. The level designs were a modern take on the classic formula across the type of varied environments one would expect such as deserts, arctic tundra and aquatic regions. No world would be complete without a dark dank dungeon to traverse where Mario has to battle one of Bowser Jr’s minions. The single player experience of New Super Mario Bros. is worth the price of admission alone, but the title also offers a plethora of multiplayer minigames for people that are into that sort of thing. 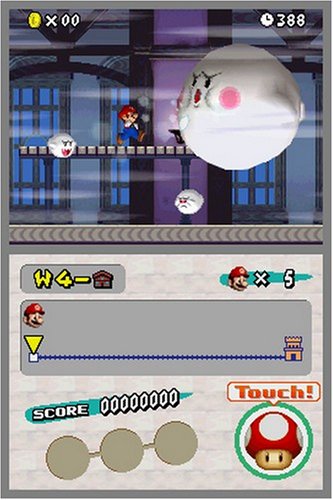 Super Mario Bros. titles are known to be among the best games of the 8-bit and 16-bit eras. For a decade it seemed like we would never see a traditional Super Mario game again, outside of reissues of the classic titles. New Super Mario Bros. was a pleasant surprise that showed Nintendo hasn’t lost their Mario magic when it comes to creating something new with the classic formula. Few would argue against the greatness of the 3D Mario titles, but New Super Mario Bros. proved that there is room in the gaming world for all types of Mario games, especially since Mario’s track record shows he can pretty much do anything.