Rebellion’s surprisingly joyous — if a little manic, for all the right reasons — co-operative, third-person shooter Strange Brigade has landed itself a release date as was teased late yesterday by the UK-based developer/publisher. Strange Brigade will be released across PS4, Xbox One & PC on August 28. What’s more, Rebellion have unveiled new details pertaining to the game’s collector edition which you can view below that is now up for pre-order. 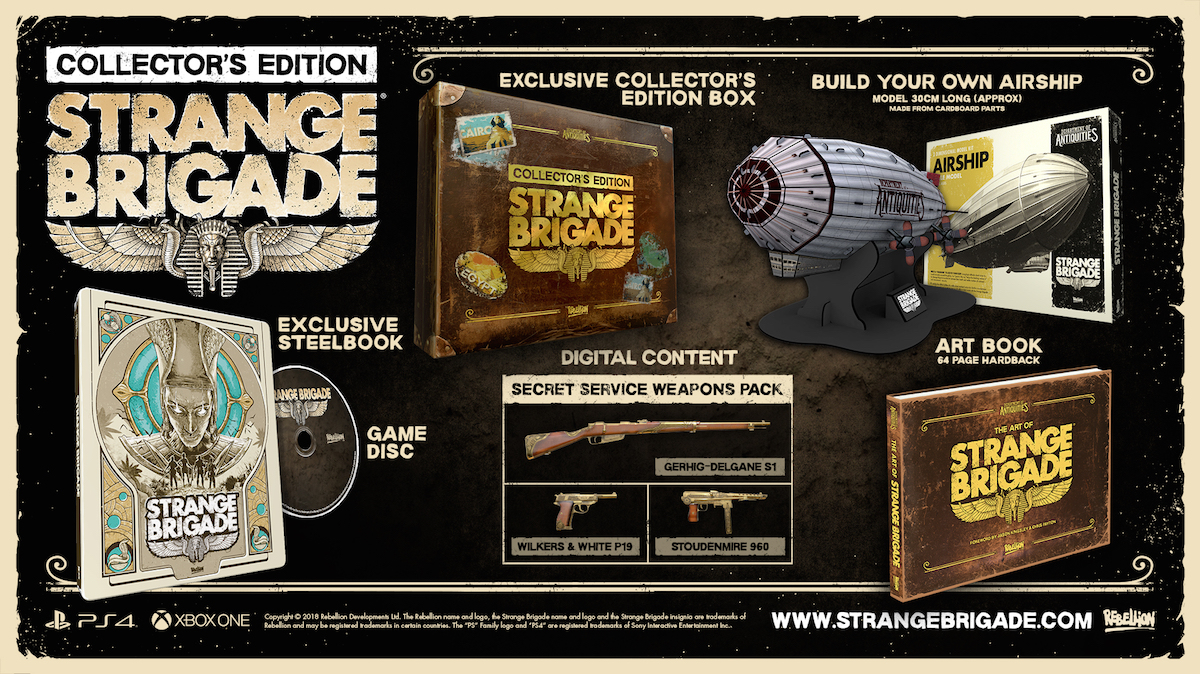 The Strange Brigade Collector’s Edition, on top of a copy of the base game, will also include a Steelbook case, an additional weapons pack dubbed the Secret Service Weapons, a near-40cm long Airship model and a 64-page art book — all of which comes in a suitcase-styled design and sleeve. Rebellion have also confirmed that Strange Brigade will be getting its own share of post-launch content in the near future which will include additional story missions, new characters, weapons and items alongside. Check out the new story trailer below and be sure to look out for what might be an inspiring and fun take on the ever-popular co-op shooter when it launches later this year.