The Good Life has been ambling along slowly on Kickstarter for over a month now and, with a bit over a week to go, is just over halfway there.  It’s not a dire situation but not particularly great either, so to help push things along Swery and his team at White Owls released the demo they were showing off at PAX East.  It’s a tiny little intro-slice of gameplay designed to show off a few systems and give Swery and Yukio Futatsugi something to talk about while it was being played in the Kickstarter room to a small crowd of appreciative fans, but also just the thing to help the campaign along in its last few days.

The demo takes place in two locations in the small English town of Rainy Woods.  The bulk of the time is spent during a sunny day in a single block, with paths leading away to unfinished areas blocked off, and a small number of villagers have camera-quests for the stranded American photojournalist Naomi to chase after.  A man wants a picture of the truck he had to sell, or a woman wants a photo of the town vicar getting drunk to show him what it looks like and maybe persuade him to tone down the drinking.  At this stage of the game Naomi is fairly abrasive, albeit entertainingly so, but seeing as The Good Life is a life-sim and she’ll be staying in Rainy Woods for a very long time it seems likely a few of her rough edges should get worn down as she settles in, maybe. 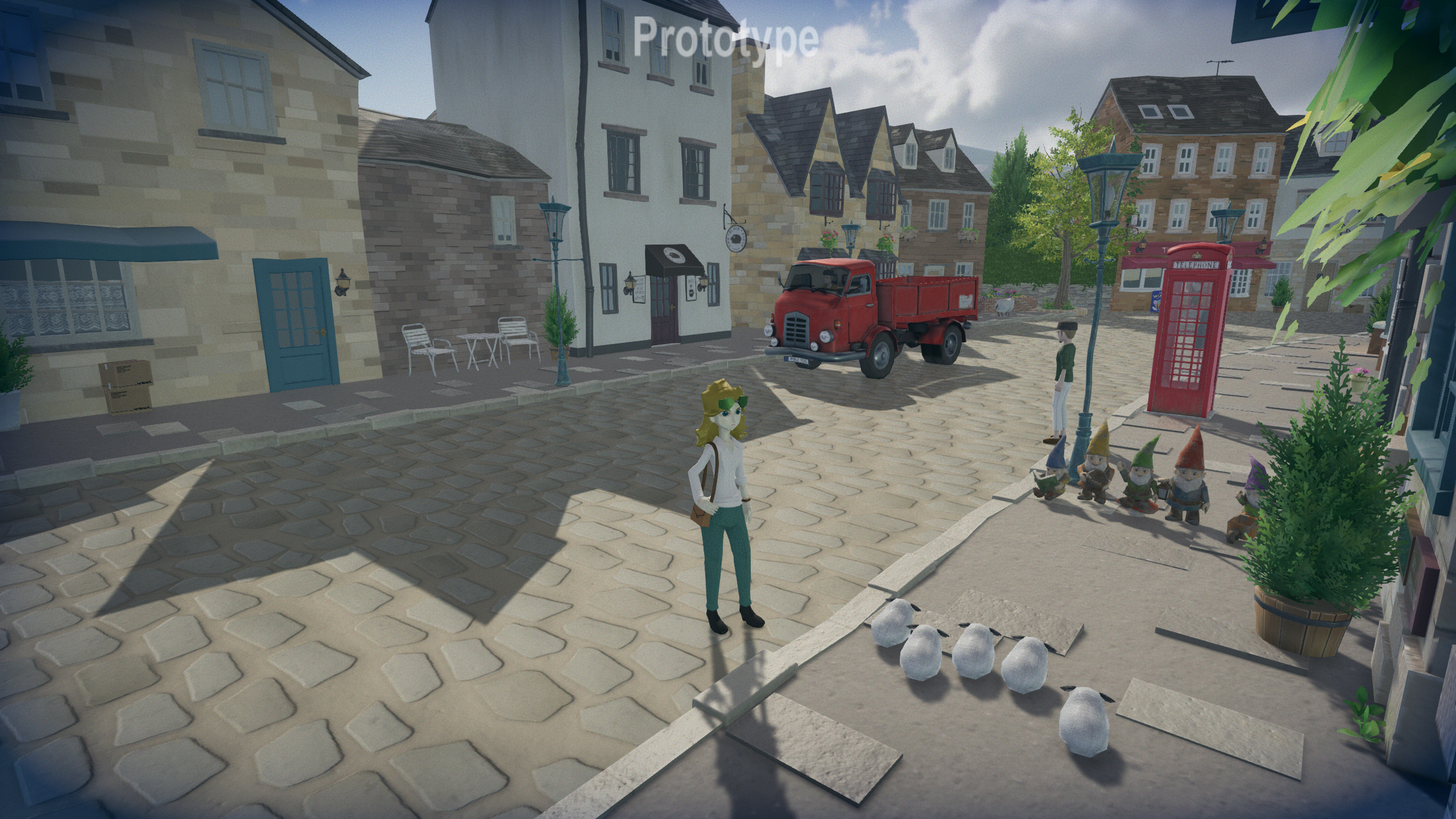 Seeing as the demo is only a tiny little piece of the overall game it’s both a bit rough around the edges and also relatively simplistic.  There are three quests to follow, one of which segues into night once completed and the end of the story section of the demo, and the villagers just hang out waiting for you to take care of things rather than go about their business, but it’s enough to get a rough sense of progression.  Talk to people, hear about their lives, use photography to solve their problems.  The full game will also have other things to do such as side-jobs and solving a murder mystery, but Naomi is a photographer and should usually default to her camera as weapon of choice.  When not being turned into a cat or dog, that is.

One of the main plot points of The Good Life is that, at night, all the villagers turn into cats or dogs.  While the demo doesn’t showcase any part of that feature it’s going to be a major mechanic, adding new ways to experience the world and its mysteries.  The small village of Rainy Woods promises far more secrets than one might expect, but contrast seems to be a defining feature of the game.  A nice town hosts a brutal murder, the semi-realistic environments house characters that are near-cartoonish in their low-poly designs, and the friendly designs cover up people who promise to be more adult and complicated than their looks would imply.  It promises make village life constantly surprising, at the very least.

The Good Life is currently wrapping up its Kickstarter run, and the demo can be accessed from the campaign’s main page.  Once you’ve done the three quests and seen everything that’s supposed to be on display there’s a nice border-break so you can wander outside the intended boundaries.  Start a new game, walk straight to the end of the street, take a right between a traffic cone and low brick wall and the map is yours.  (Thanks to Resetera user guybrushfreeman for the tip.)