Just a couple of months from now is the biggest event of the gaming year– E3! Video game fans will be converging to find out the latest, greatest and upcoming news about the industry. One set of announcements everyone will be clamoring for is coming from Nintendo.

The company has their own way of doing things during E3 and this year is no different. A video presentation highlighting the Nintendo Switch takes place at 9:00 AM PST on June 12 which will have some emphasis on the new Super Smash Bros. title. Three days of footage, interviews and more will also take place via the Nintendo Treehouse segments. And occurring throughout the event are Splatoon 2 and Super Smash Bros. competitions which you will be able to watch live.

The entire list of happenings can be viewed below. For even more information head over to Nintendo’s official website. 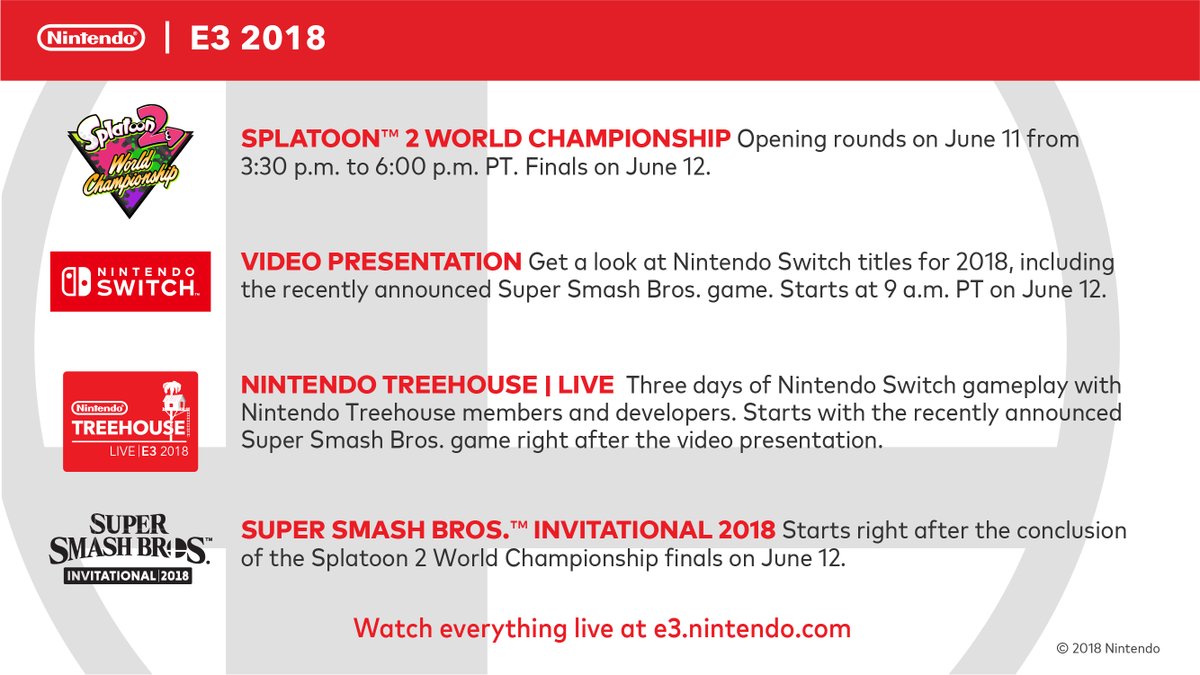