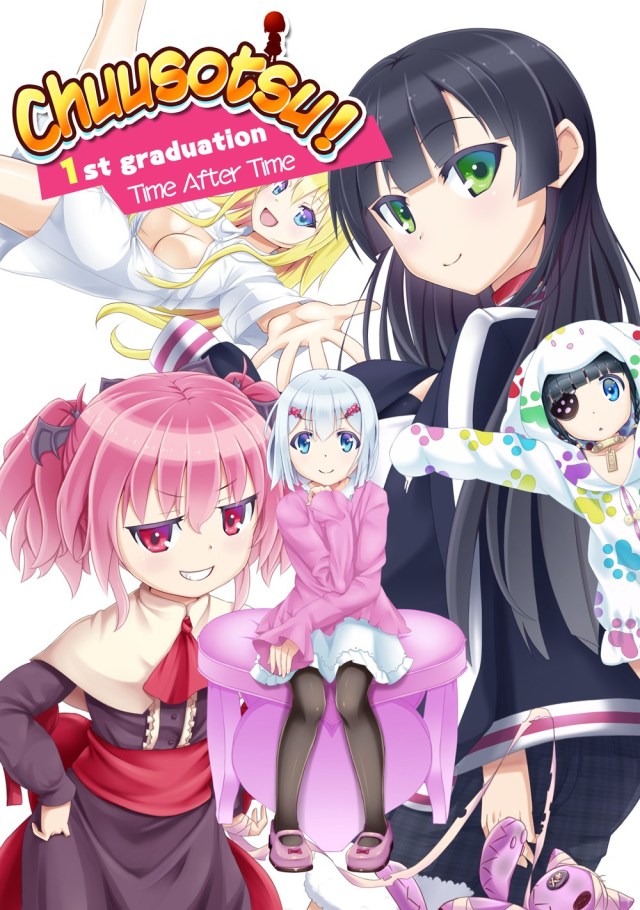 Chuusotsu! 1st Graduation: Time After Time is more than a visual novel with a rather long, slightly-perplexing name. Some folks may recall that there was a successful Kickstarter campaign for the title in 2017. A year later, we’re finally getting the release of the first of an episodic series based around teenage girls and philosophy. To understand this concept, a bit of background on the setting is required. Chuusotsu! 1st Graduation takes place in Japan which initially doesn’t seem very different from the present day. The big difference is that the government has taken a far more active role in assisting people. Every citizen takes an exam upon graduating from middle school which determines what job they best have an aptitude for. They may then go right into the working world or head into high school and college to further prepare for their future career.

People do not have a choice in the matter which career they’re assigned, no matter how unglamorous it might be. Whatever they end up with remains what they do forever. In some ways, this mimics Japan’s historical “job for life” mentality taken to the extreme. This is where a sci-fi aspect comes in. Once assigned to a career, the person gains a mark on their hand which provides them with the power, skills and knowledge needed to do that job. For example, a construction worker will suddenly be imbued with extra strength required of their position. Not everyone, however, passes this exam. Those who fail – who aren’t acclimated to any career – remain unmarked and become known as “chuusotsu.” The term chuusotsu means “middle school graduate,” but in the game it takes on a cruel, insulting tone to refer to people who failed at their civic duty of having any job whatsoever.

The story follows three so-called chuusotsu. The heroine of our story is Arue. Once she aspired to become a government worker (the most prized of all jobs) before battling a long term illness and then never digging back into studying afterward. She quickly meets up with an extremely unusual girl named Arara who talks as if she’s the hero of some fantasy anime. Finally there is Koiro. Despite also being a chuusotsu, she appears to possess extreme strength which should be forbidden. These three come together due to some suspicious circumstances. They’ve all applied to live in new apartment complex specifically for chuusotsu which offers rent-free rooms. What’s the catch? They must answer a philosophical question about the joys of life via some weird machine. 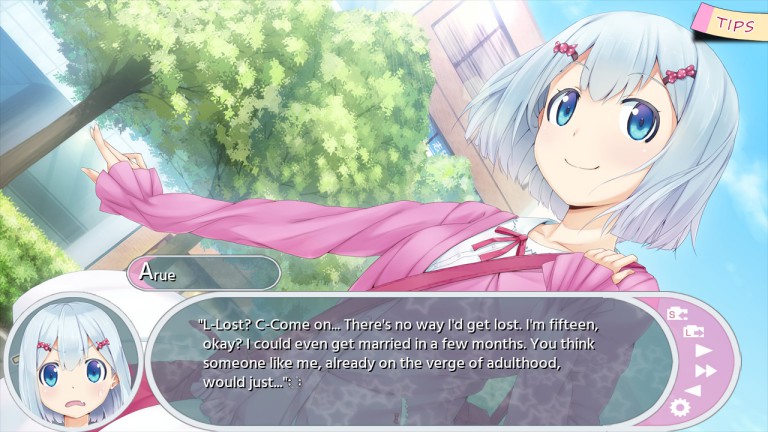 Our trio does their best to answer the question, but of course, philosophical questions rarely have an easy answer. It’s also no help that these chuusotsu lack any special skills and therefore often find themselves zoning out or getting completely distracted from the task at hand. While trying to solve the answer, they discover the machine is more than just some ATM/answer machine. It can send them back in time to the start of the week! From there Chuusotsu! 1st Graduation: Time After Time continues in stride with slice of life follies mixed with sci-fi elements. Drama eventually unfolds as we learn more about Arue’s predicament and the state of the society they’re all living in.

This isn’t a super long visual novel. In total it should only take most players around six to ten hours to complete. Fortunately, despite its episodic nature, it does provide a good resolution to the story. From here, perhaps the tale will continue to showcase more of Arue’s growth, or explore Koiro or Arara’s pasts more in detail. As is, there are only glimpses of either of their histories. Presumably future episodes, if they end up being developed and translated, will also retain the kinetic novel nature. There are no choices in this first episode, at the very least, so players are free to enjoy the story without needing to save at regular intervals. 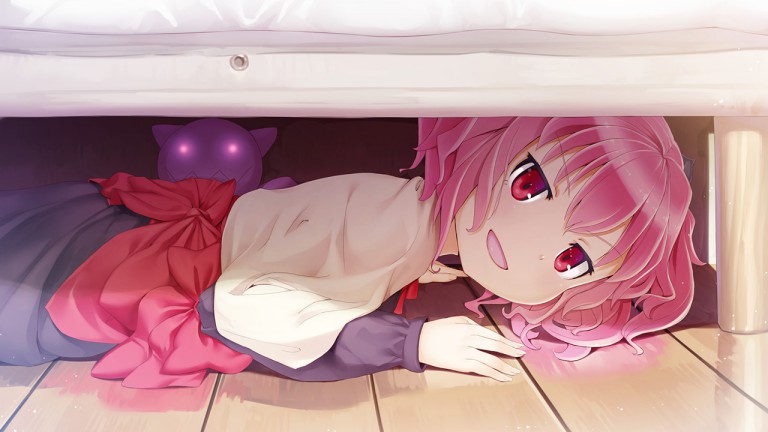 Visually, Chuusotsu! 1st Graduation: Time After Time comes across as another anime styled visual novel. The artwork looks professional and is pleasant, though it doesn’t have artwork which inspires special attention either. There is full voice acting and each character is given a distinct voice which matches her personality. Music keeps pace with the storyline but never stands out as worth listening to on its own. The writing in this visual novel is a bit odd, though. There are many long-winded sentences and things are often written in unnatural-sounding ways. This fits with the characters themselves but might not jive with all readers.

There are also a few odd points of obsession with the writing. For example, there’s a generally unexplained fascination with a lesbian couple who appears from time to time. They add nothing to the story aside from providing humorous sexual dialogue. One must hope these characters are being teased early on for some sort of huge reveal in later episodes. This tale also features an immense tonal shift late in the game that will throw some people off guard. It made the story stronger in my opinion, but it may ruin an otherwise laid back game for others. 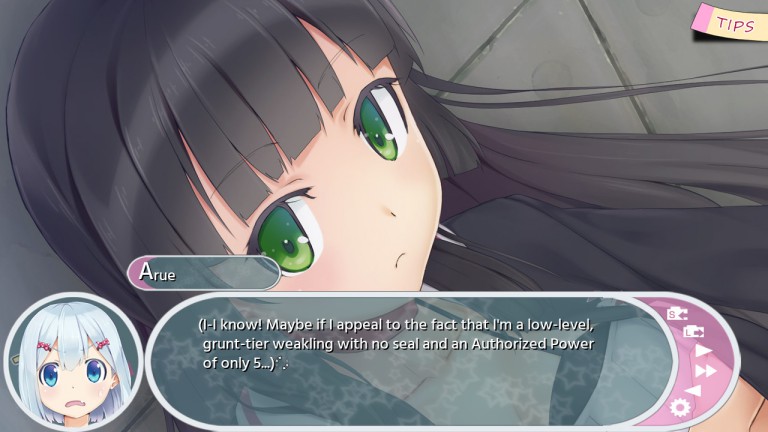 Chuusotsu! 1st Graduation: Time After Time is a mostly cutesy visual novel following the lives of three chuusotsu. Because of their status in society, there are times things go poorly or people react negatively toward them. These themes are relevant today, even if the setting isn’t quite the same as our world. It would be nice to see future episodes delve deeper into meaningful topics and meander less on rambunctious slice of life antics. Sure, it can be fun for a while, but it detracts from the potential of the brightly-colored dystopian storyline. The story works well when it becomes serious, proving that the Chuusotsu! series could become a must-read set of visual novels in the near future as long as the writers don’t lose their focus.