You really don’t tend to see co-op racing games a lot, do you? Not as the most prominent mode, anyway. And especially not when it comes to arcade-style racers. Yes, there is Mario Kart: Double Dash, but even then it’s limited to the two players having to share the same vehicle. Games where two vehicles work together as a team are few and far between…well, until next week, when Rising Star Games and developers Supergonk unleash Trailblazers. And having played a bit of it, I can confirm that its unique concept lends itself to some fresh co-op gameplay that the genre could use.

As we’ve mentioned before, Trailblazers is essentially a mix of F-Zero and Splatoon. Players race on a futuristic track with hovercars, building up energy that allows them to “paint” the track beneath them lights representing their team. When riding on a part of the track with your team’s color, you go faster than usual, giving you the edge needed, meaning your team needs to work together in tandem to succeed, also relying on gates that can shoot out a burst of color and the ability to shoot out a similar blast when your energy is full that can knock out opponents, straight out of a classic kart racer. 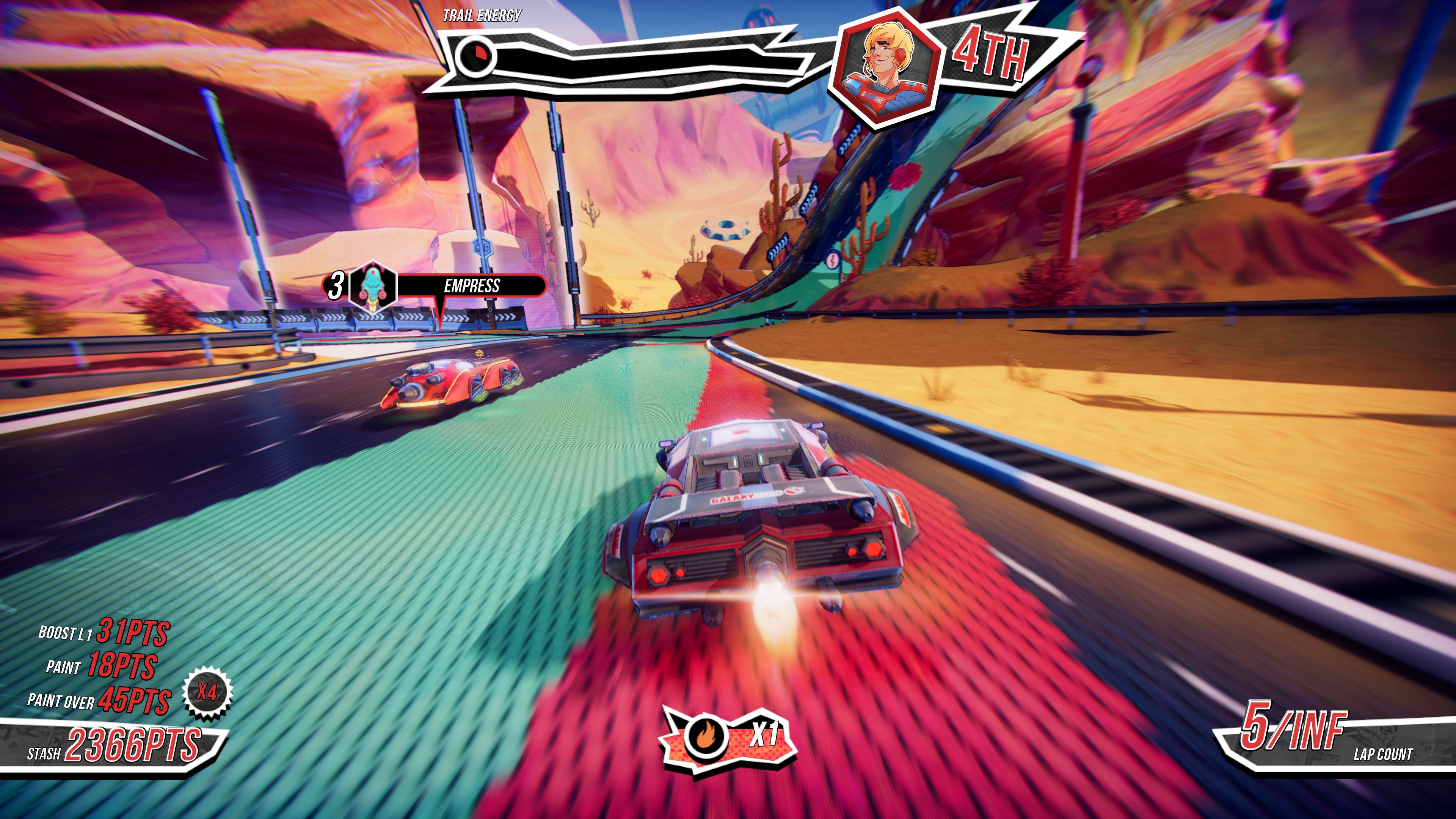 It almost sounds a bit like a synchronized sporting event, where the players have to work perfectly as one unit in order to pull of moves with finesse. In fact, much like a synchronized sport, your overall performance is judged based on the points you earn while driving. Pull off successful drifts, tricks, impressive paint jobs and the like, and you earn points. Drive around recklessly and crash into walls, and you lose points. In fact, victory isn’t even determined by who crosses the finish line first, but rather which team has the best combined score.

So yes, it is possible to botch a race, even if a member of your crew comes in first. During my first go ahead, I had more than a few crashes as I initially tried getting the hang of things. Points got deducted, and me and my partner failed. But on the second go, things began to click. Swiftly turning around corners, drifting though gates, painting the road along the way…it all became second nature quickly. Almost beautiful, in fact. It helps that the visuals are a glorious blast of bright, varied colors with impressive-looking sci-fi landscapes and cool character designs for the drivers. We didn’t see part of the game’s story yet, hopefully it ends up being a light-hearted, fun tale. 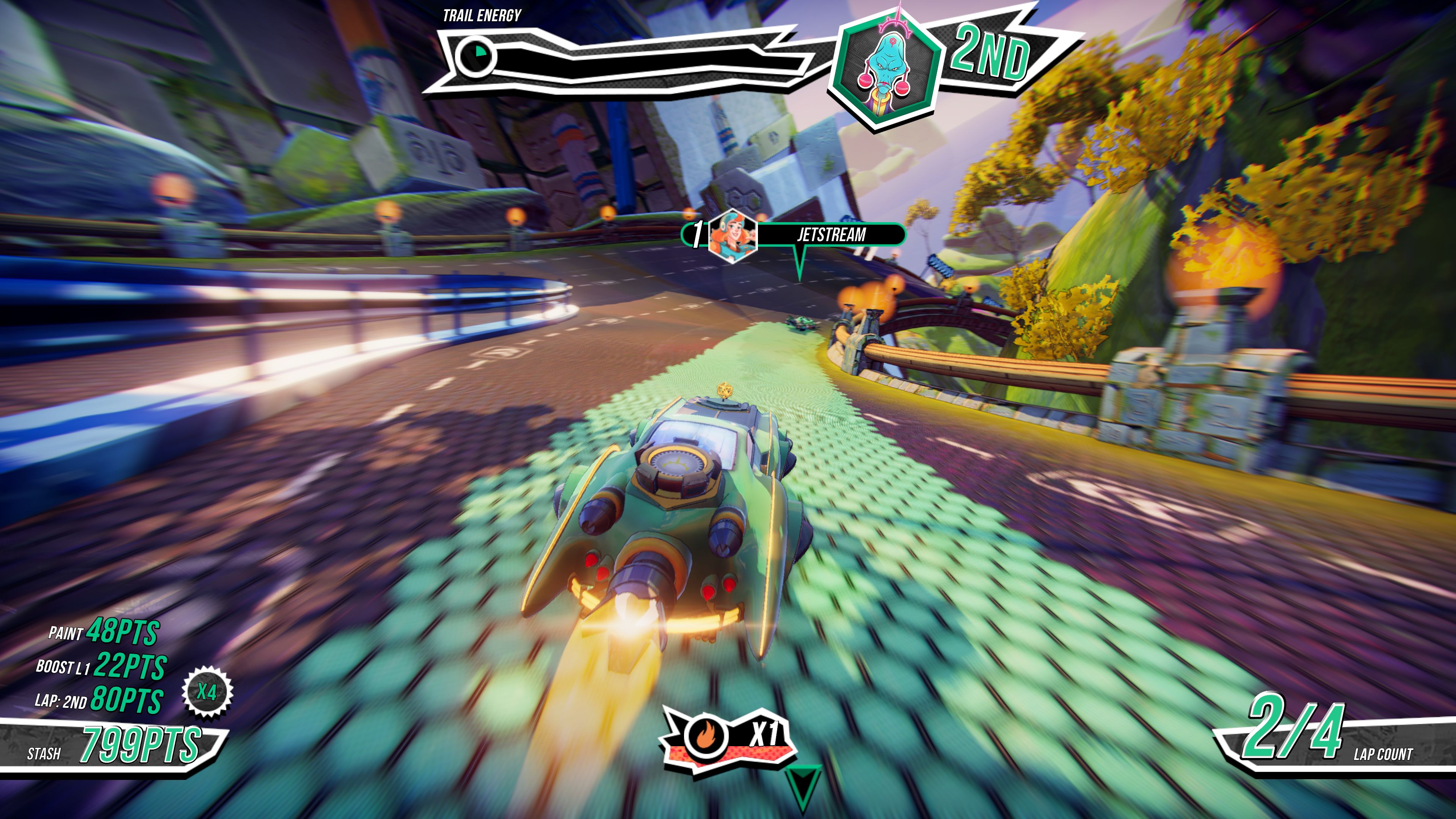 It may sound like an odd summary of the game, but Trailblazers is almost like poetry in motion. Poetry where things can get competitive and where you can knock an opponent out with a blast of color while traveling at ludicrous speeds, but poetry nonetheless. It’s a burst of pure fun that perfectly rewards skill and co-operation. Trailblazers looks like it can easily be one of the year’s best and most unique racers, and we can’t wait to see more of it when it hits PC, Xbox One and PS4 on May 9.