The big Splatoon 2 update isn’t too far off. Players will be able to play through an Octoling storyline for the very first time, but before we get to that, a new and smaller update is available for the game with version 3.0.1.

The last patching came with all kinds of new content but this time it offers a bit of polish. A little change to the X Rank has been made, bits of glitches with hairstyles were fixed and a big one causing the game to shut down unexpectedly is all better. In addition to the new update for Splatoon 2 comes the announcement of Japan’s Splatfest event. It will run similarly to North America’s tournament style but features Sanrio characters instead of Ninja Turtles. Choose between Hello Kitty and Cinnamoroll during the first round. Then, My Melody and Pom Pom Purin teams will duke it out. The first event takes place May 19.

Read more about the version 3.0.1 update on the official Nintendo website. If you’re playing in Japan, may the cutest character win! 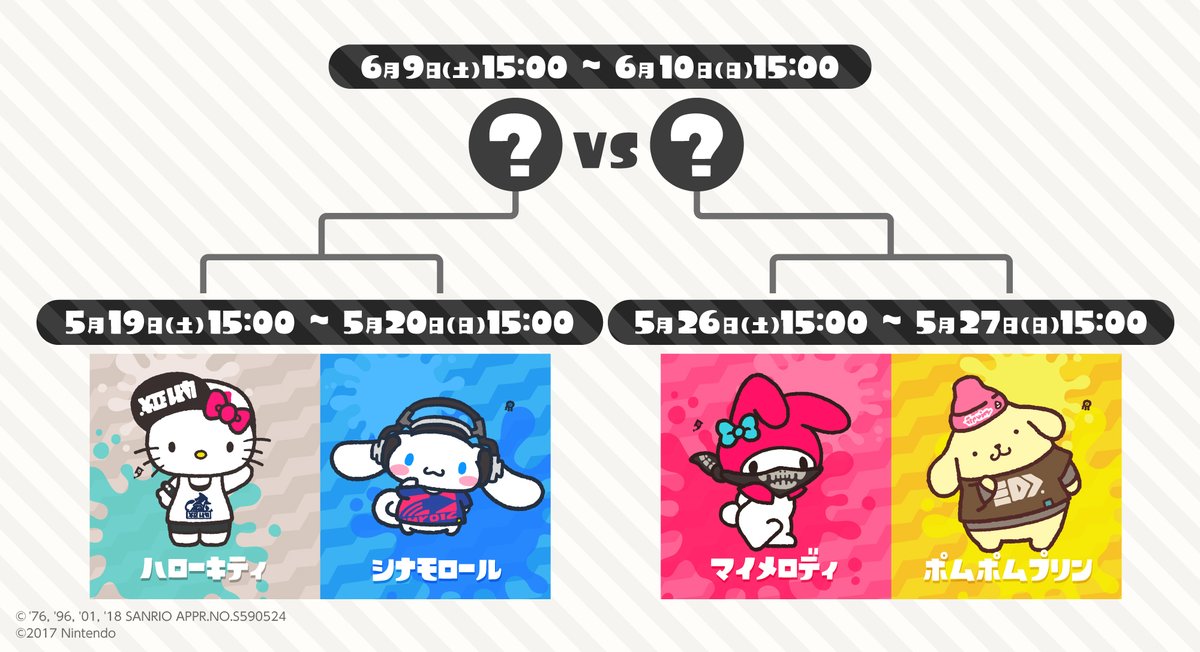