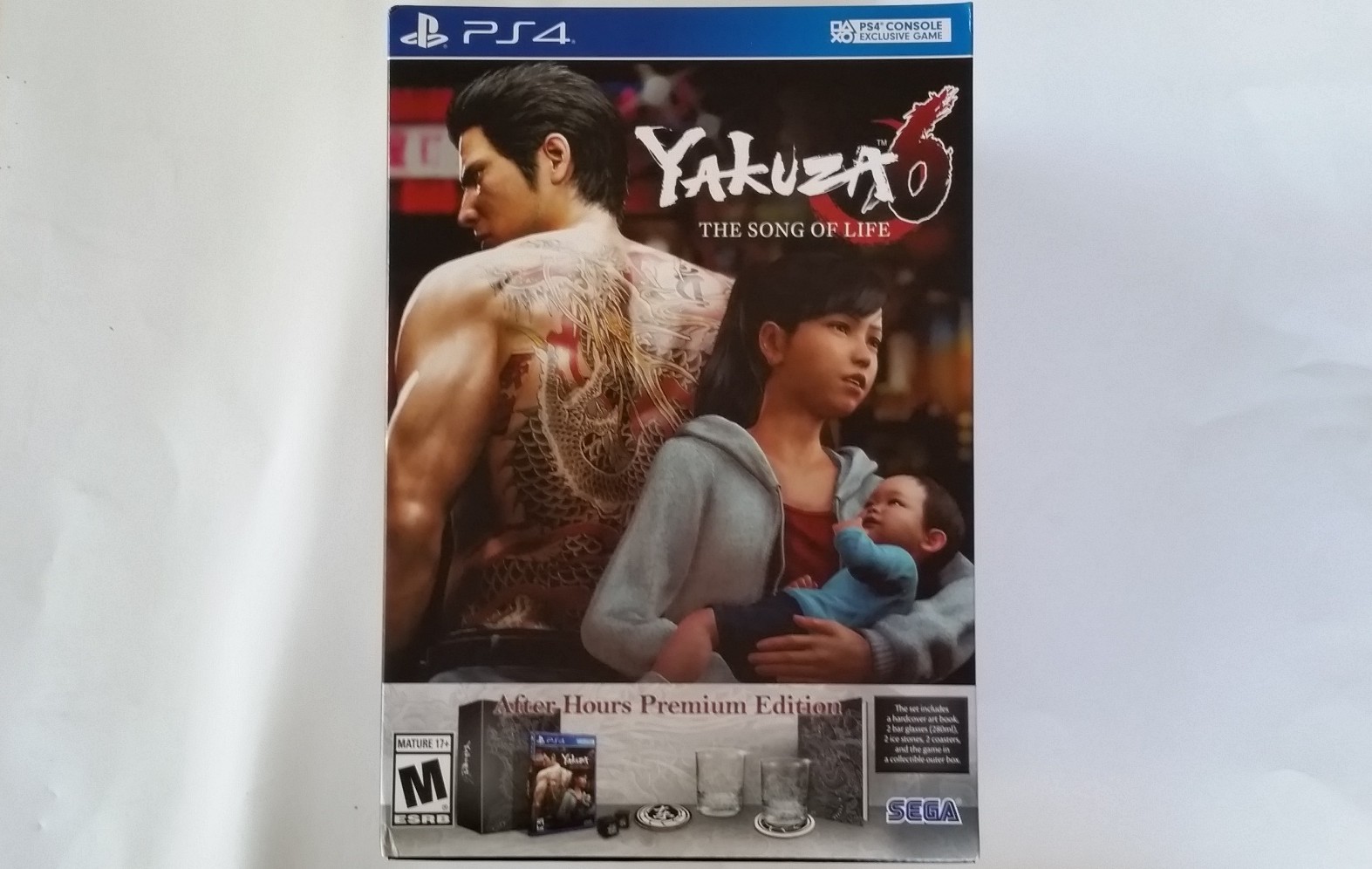 When it comes to the beat ‘em up genre, nothing in the modern era compares to the Yakuza series. Its excellent blend of storytelling, adventure and violence is without compare as we continue to see in each new title. The latest game in the series, Yakuza 6: The Song of Life, continues this trend of enjoyable excellence and also stands as the first in the series to offer a fully-realized limited edition. Previously, the best Sega had been able to muster were goodies like a Steelbook case and nifty, but otherwise underwhelming, branded metal business card holder alongside Yakuza 0.

Yakuza 6: The Song of Life After Hours Premium Edition leaves an immediate impression due to the size of the box. It’s a foot tall and heavier than expected as well. This is thanks to the contents of this limited edition which include the following: a PS4 copy of Yakuza 6: The Song of Life, hardcover art book, two ice stones, two coasters, and the highlight of the entire set, two bar glasses. All of these goodies retail for $87.99 which actually seems like a relatively fair price given the contents. Although this edition sold out on Amazon, it did eventually come back into stock there and is also still available in limited quantities from other retailers. 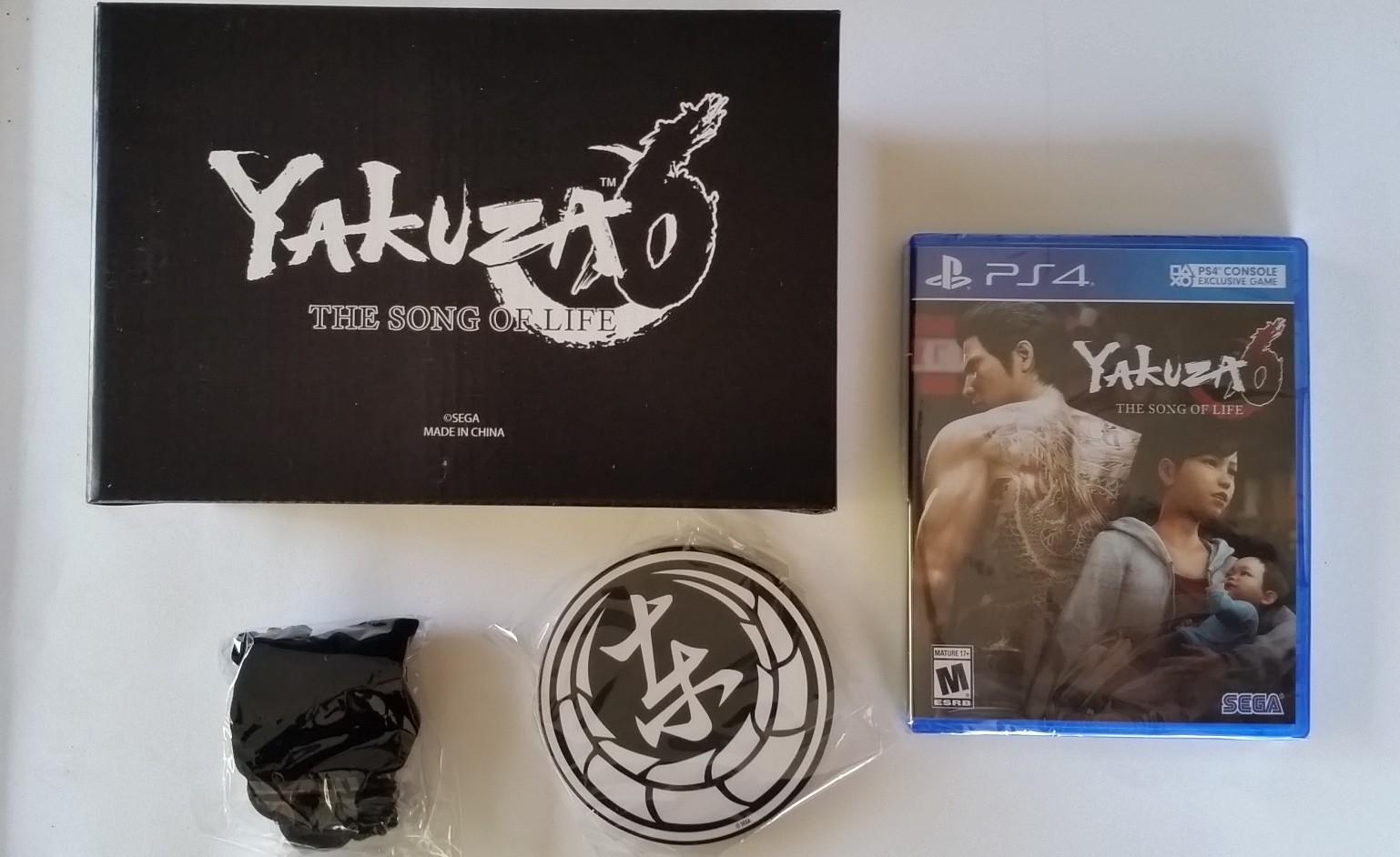 Art books are one of the most bland and expected of limited edition add-ons. Still, they can be a great addition when done well. This artbook in particular is unique because it primarily features Yakuza fan art. Aside from that, expect to see rendered 3D models take up the bulk of pages, which is honestly less interesting in comparison. The hardcover artbook features a handsome black cover with dragon artwork on the front. This mirrors the dragon iconography found on the outer cardboard box and glasses. The artbook is also hidden deep within the special edition, making it easy to totally miss if you’re not looking specifically for it.

The most likely reason fans who purchased the Yakuza 6: The Song of Life After Hours Premium Edition over the regular PS4 copy is due to its handsome bar glasses. The clear glass is engraved with dragon artwork which is completely at home with the Yakuza world. They’re also normal sized cups and not some sort of mini items that you might find in a cheaper collector’s edition. Both come housed very tightly in styrofoam, wedged carefully within another box inside the main box. As such, most fans were fortunate enough to find their glass cups arriving in the mail without any damage. 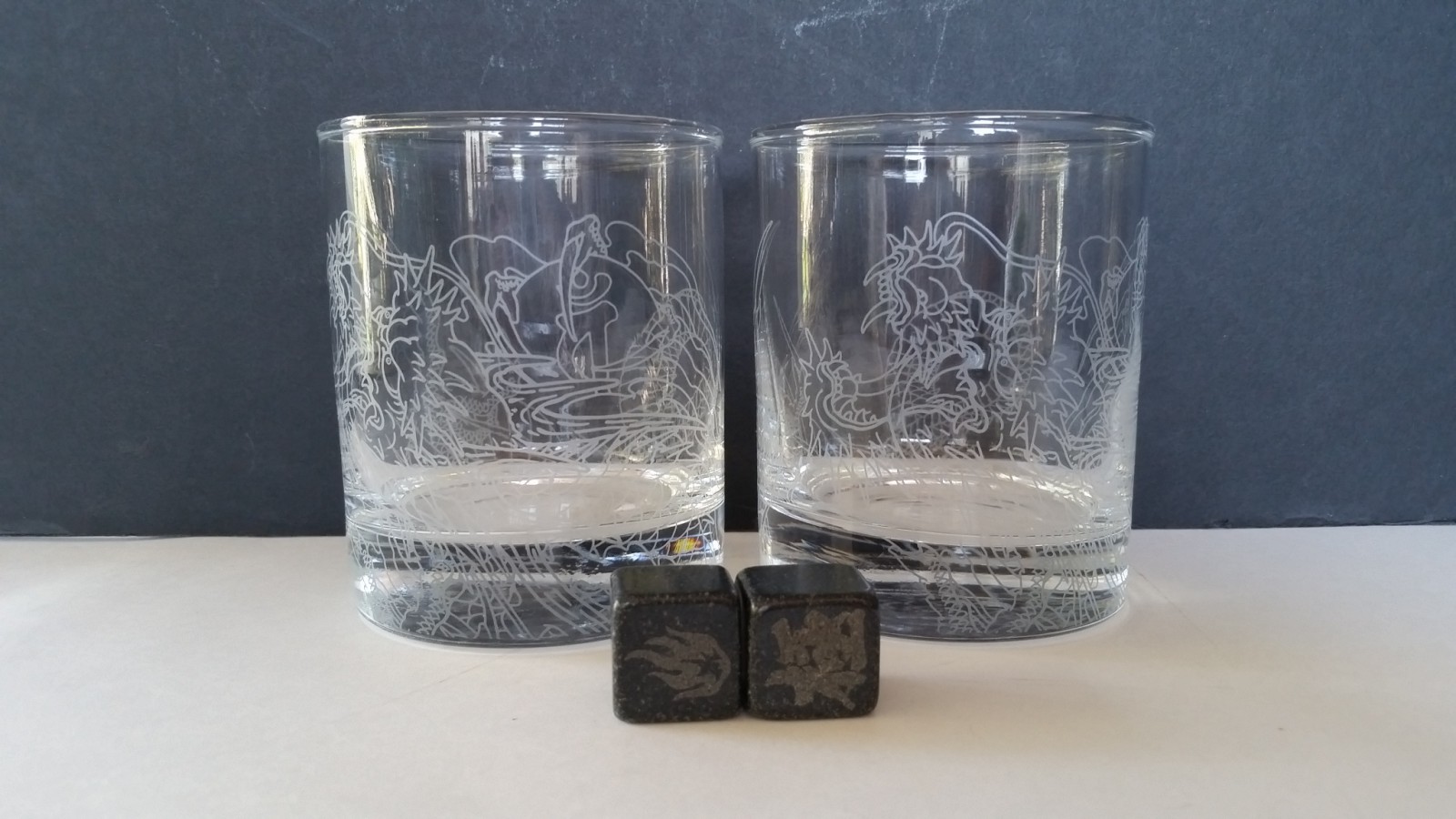 An addition of two ice stones and coasters just make sense as far as accessories are concerned. Ice stones (sometimes called whiskey stones) may not be everyone’s cup of tea, but they’ve still got that Yakuza flair with images and Japanese characters on each cube. If you choose to use them, keep them in the freezer for a few hours first so they’re ready to chill your drinks. The two coasters are simplistic, but what can you really expect from a coaster? All in all, it’s an incredibly intriguing batch of collectibles within this set.

It’s exciting that the Yakuza 6: The Song of Life After Hours Premium Edition exists. For years, English-speaking Yakuza fans had to constantly worry about whether or not future games in the series would make a North American or European launch at all. Then, when Yakuza 5 launched as a digital only download, many feared the end of physical copies of Sega’s esteemed series. Now, with this unique limited edition, it seems that Yakuza is finally being treated with the respect it has always deserved.