Since its release on Steam back in February, Chrono Trigger has been receiving updates and tweaks to improve upon the already high quality game we’ve come to love. Today, the Chrono Trigger team has released a second set of patch notes that touch upon major feedback from the community. Many of the notes improve upon quality of life, like a new battle User Interface that has been added based on the look and feel of the original Chrono Trigger. In addition, there has been an option to select between the UI optimized for controller/keyboard, and the current UI optimized for mouse and touch panels. You can find this option in the settings menu. 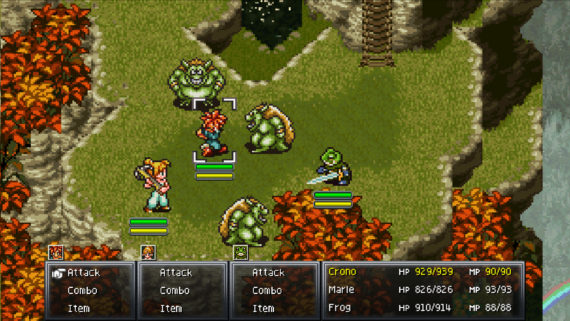 The new Controller/Keyboard UI in Action

The game can now be paused during battle by using the Pause button on a controller, or the Space bar on the keyboard. New updates to character models and scenery adjust the look to be more like the original version of Chrono Trigger. To keep in line with these graphics updates, the resolution of the animated cut-scenes have been improved and the display area of animated cut-scenes has been increased. This Patch also fixes instances where the game slowed down during certain scenes. Finally, the Korean font has been updated in the game, and other small bugs have been fixed. The Chrono Trigger team has also released information that another update to the game will arrive in June, which is aimed to continue tweaking of the UI outside of battle and other bug fixes.