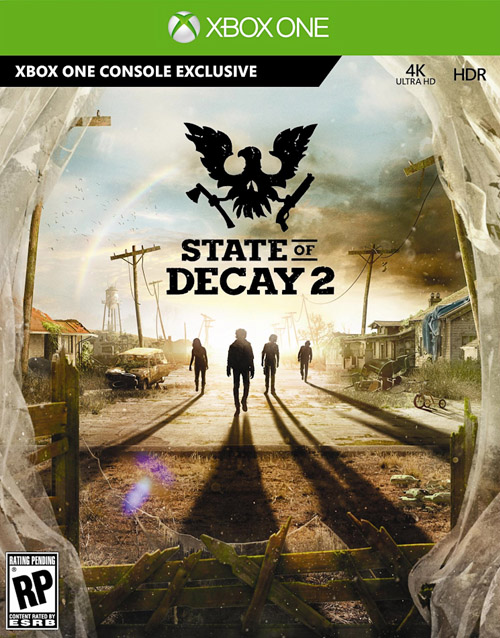 In the age where mid-sized games get far less attention due to seemingly infinite competition from multi-billion dollar corporations, there are still a few smaller, meaningful releases that make themselves known. Sure, State of Decay was technically published by one of those colossi companies, a console manufacture at that, but that doesn’t mean it had all the flash of an insane budget. Undead Labs have proven that they know what works when it comes to tension and horror, as the 2013 release of State of Decay was a surprisingly rich experience that delved deep into the struggles of truly surviving a zombie apocalypse. Coming in at half the price of most standard games at launch, its sequel, State of Decay 2, is a fantastic value for how much you get, but due to that lowered entry point, there are always caveats that come with it. Nothing here will blow anyone away from a technical standpoint, and there is a number of technical shortcomings, but this is par for the course when you have a budgeted project with an impressive and grand scope. Is State of Decay 2 the ultimate hardcore survival game, or is it jut another entry into the bottomless pit of zombie games?

Like its predecessor, State of Decay 2 is entirely a survival game that barely holds your hand. It will put you through a couple of tutorials and lightly point you in the right direction, but you’re more or less tossed into an open world setting and expected to survive a zombie outbreak. This can be a challenging game as it’s easy to find yourself overwhelmed and underprepared when a hoard of zombies wonders by. Mechanically, State of Decay 2 can resemble a game such as the original Dead Rising, but it’s much more than that. Taking on more than three zombies will require some strategy, notably if you don’t have enough ammunition to go around, something that becomes far too frequent. The world is ripe with loot and it’s your job to grab as much as you can, bring it back to base, and either keep it for yourself or trade it with other survivors scattered across the segmented world. There’s a lot to consider when leaving your base of operations, as one small slip up can cost you everything, and it’s this sense of dread and tension that makes State of Decay 2 engaging. 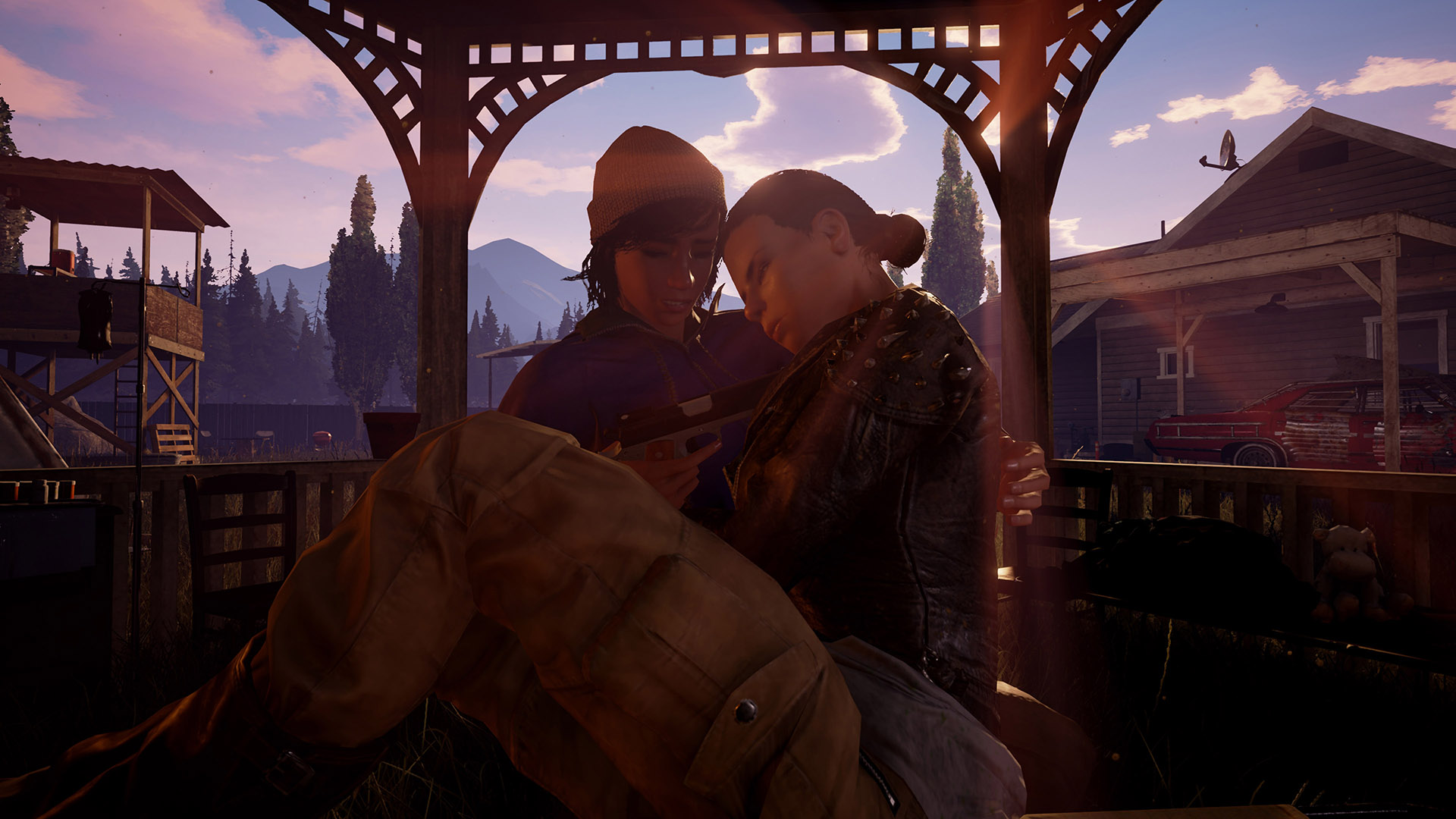 Outside of having to worry about facing off against zombies, there’s a surprising amount of RPG elements attached to these random survivors. As you perform actions out in the field, be it combat or just running away, the chosen player will increase their attributes and eventually specialize in numerous categories. Each character does have a unique use case, though, as some are good with medicine while others may be better suited with electronics; depending who’s in the group, you’re able to perform specific actions in your base that are generally beneficial in the long run. This is easily one of State of Decay 2’s strongest elements, allowing the player to essentially level up and partially build their own customizable army. Because of this, losing someone to either a group of crazy survivors or zombies can have a monumental impact, not only draining your group’s morale, but decreasing the chances of survival, especially if you’ve invested a lot of time in them. There’s nothing like mastering one character’s skill set only for them to be overrun by undead on a simple mission.

State of Decay 2 is not only a simple survival game, but a management game, as well, where you will be making decisions and taking oversight over characters and survival enclaves (groups). People are fickle, even after a couple of hours in the zombie apocalypse, so expect to see little cooperation the larger the group becomes. Because of this, managing everyone’s interests, morale, their needs and so forth can make things rather stressful. When someone is depressed, they’re more likely to get into fights. The worse their emotional state becomes, it will affect other survivors and could eventually lead to that individual leaving the group. There are some tasks that need to be overcome for their mood to improve, be it clearing out zombie infestations or building a certain facility within the base, but it takes a while before morale becomes less of an issue in the campaign. A problem with the management is that it sometimes doesn’t make sense. For example, I took one character on a scavenger mission, but halfway into that mission, I was alerted someone in base got in a fight with my companion. Despite being a long way from base, he somehow was able to get in a tussle with this person and morale dropped hard. 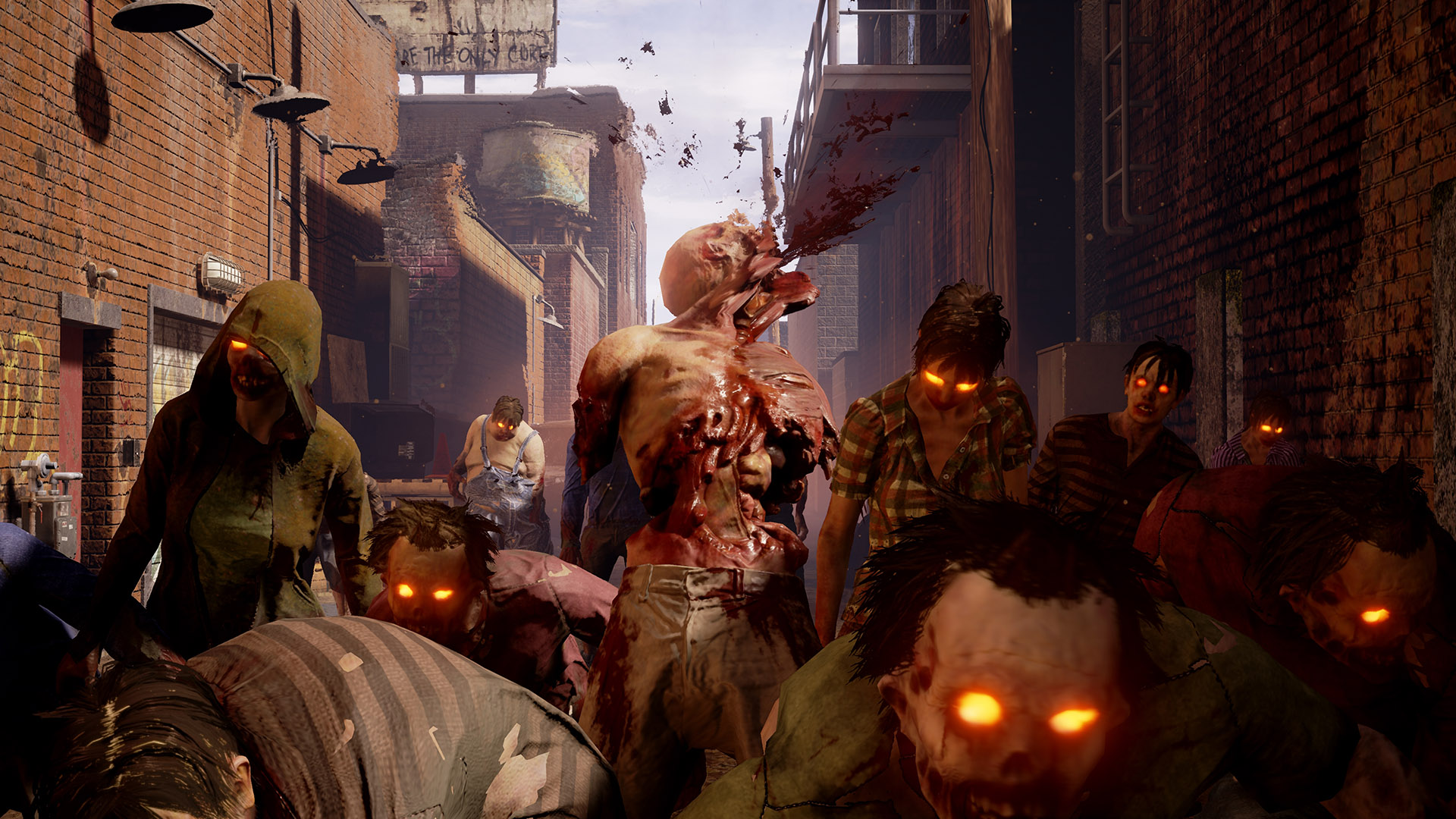 This brings us to the big problem of State of Decay 2: it’s buggy. For example, I have a reoccurring issue where a follower who is both registered and shows up on the map is nowhere to be seen, nor can he help in combat. The only way to bring them back is to switch to him, but this can be discouraging when you’re on a character-specific mission, which will abandon it and make it unavailable for quite some time. The mission abandonment is an issue in its own right, but State of Decay 2 can be a mess at times, which has lead to a number of unnecessary deaths and injuries (in-game), and being that the save system seems to work against you, not saving when you want it to and saving when you don’t, this causes far more frustration than enjoyment. The number of times I’ve fallen thirty feet after seeing the prompt to move forward to automatically climb down a ladder is most likely in the double digits. That’s not to mention the numerous times a zombie was able to grab me from incredible distances, a car bugging out and characters stumbling on nothing. There hasn’t been anything game breaking, maybe a crash or two, but this is far from the most polished of experiences.

I mentioned before that State of Decay 2 resembles something like Dead Rising, but it’s only because the two game share a lot of similar flaws. Even past the bugs, there are two elements that hold State of Decay 2 back: its clunkiness and ridiculously foolish AI. The intuitiveness of the controls is just not here, with a lot of the actions feeling dull. The driving feels swirly, movement is sluggish and combat lacks any impact. In addition, while having an extra set of hands to help you out in the world is imperative, they aren’t the brightest as they’ll occasionally wander off and get themselves killed in the most embarrassing of manners. That’s not to mention that the survival enclave are broken at times. Even helping out one group, if you’re able to come to their aid another time, they can turn immediately hostile and shoot on sight. Fortunately, easily the biggest and best part of State of Decay 2 is that it has online cooperative play with up to four players, which makes things infinitely more enjoyable. You’ll still have to manage people and a base, but having friends there with you to get your back makes things far more bearable. 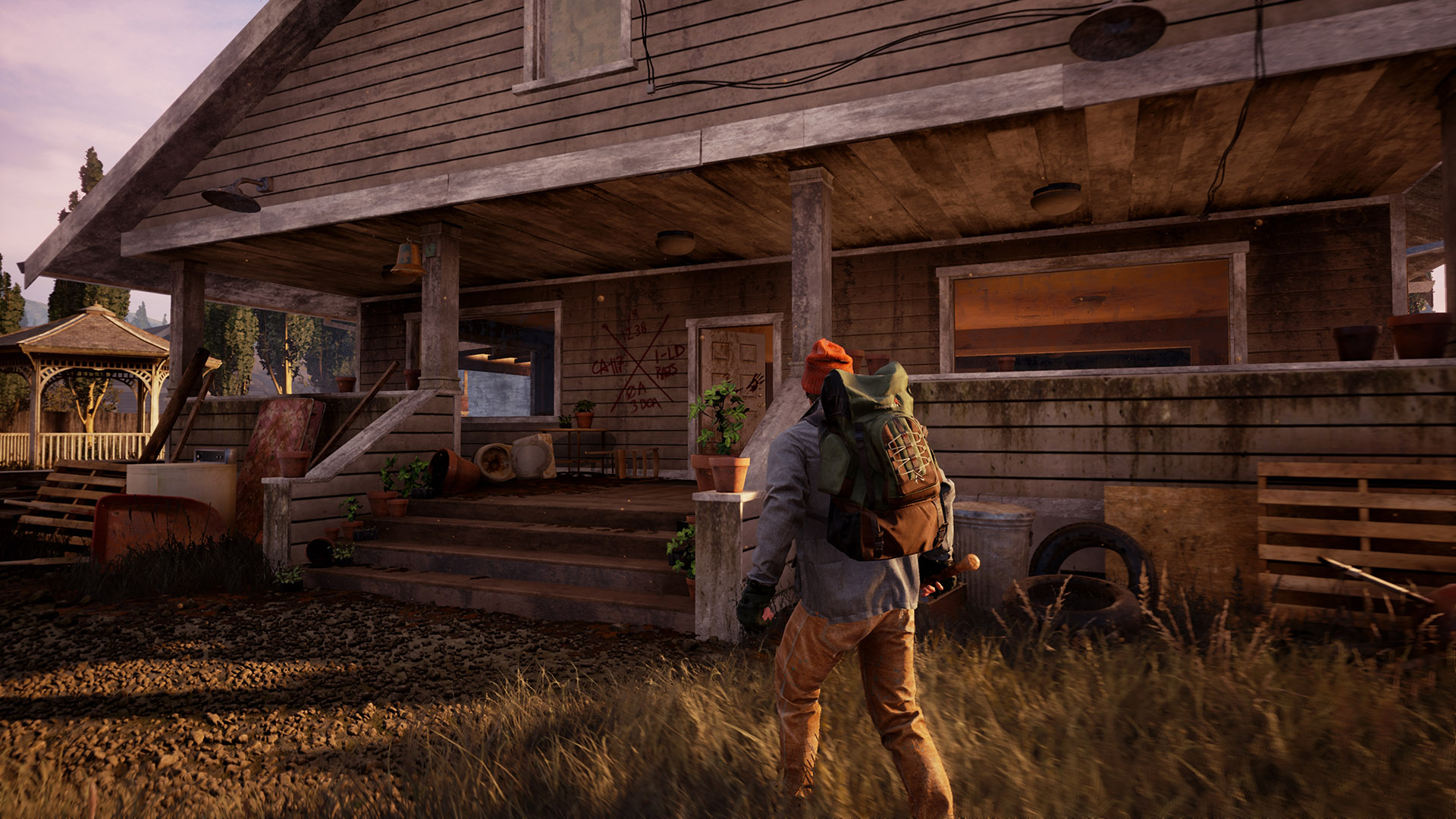 State of Decay 2 is an improvement over its predecessor, but it’s still held back by a number of technical shortcomings. It feels sluggish, some of the systems don’t always work properly, the AI can be downright horrendous and there’s a good deal of bugs. Despite being a bit of a mess, I continue to find myself entranced by it and continuously coming back for more. It’s a surprisingly deep and rich survival RPG that you’ll be hard pressed to find another like it, especially at the lowered price point. It can be a stressful and frustrating adventure through undead infested territories, but it’s loaded with a lot of charm, and the cooperative play adds a whole new level of enjoyment. With some modifications and continuous work, State of Decay 2 could be a great and meaningful experience, but in its current state, it’s far from the best zombie game out there.