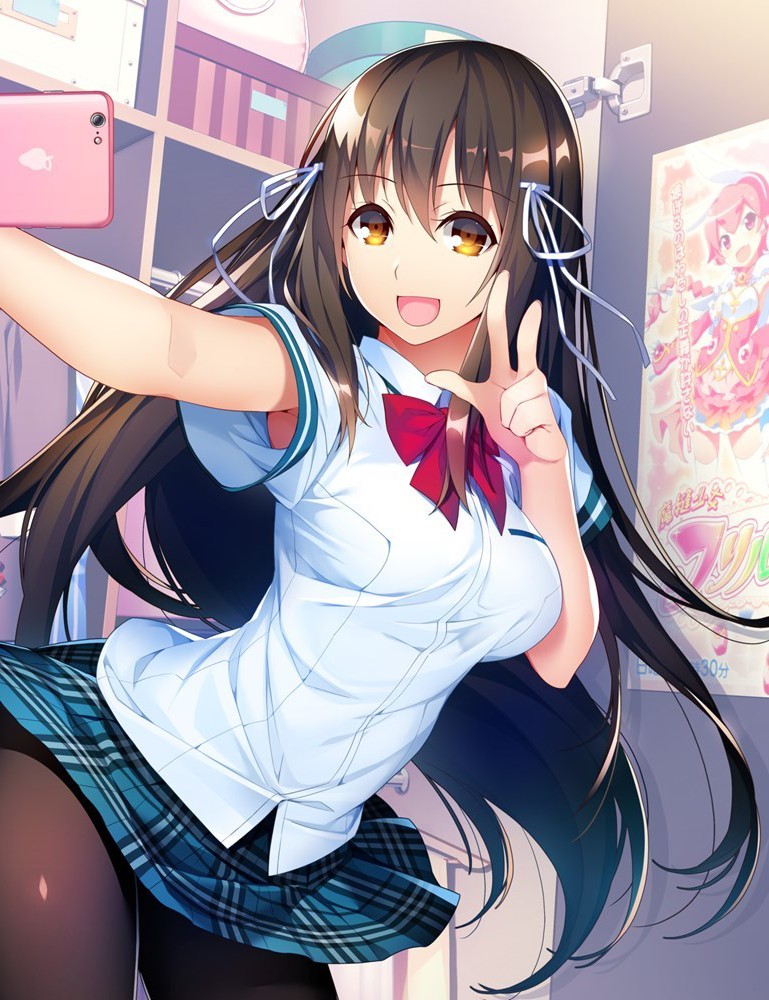 When it comes to romantic visual novels set in high school, many offer players the option of falling in love with the studious student council president. Momoiro Closet immediately lumps itself into this category by offering this president, named Alice, as the only potential romantic interest to pursue. Still, it comes across as fairly different from the norm thanks to its plot and characterization. You see, Alice is a total otaku who hides her obsession from the world. She doesn’t do this because she is particularly ashamed or feels women are not allowed to enjoy anime and manga. Instead, she keeps her otakuism on the down low because her own father is a political figure who advocates for rigorous censorship of manga and anime. With her father’s public distaste for the medium, Alice can’t help but try to keep these interests private, lest they cause a scandal for her father.

Protagonist Reiji is lucky enough to encounter Alice in the midst of buying anime merchandise. There’s no secret about her interests as far as he is concerned. As the two fortuitously meet up in school, Reiji effectively becomes an outlet for her. Once she begins to visit his home, filled with non-judgmental people and Reiji’s sister who loves the same show she does, she is free to indulge her love of anime and cosplay daily. As you might expect, the two spending all this time together eventually leads to something more. One of the key selling points of Momoiro Closet is that it features both a “Sweet” and “Spicy” route. These two routes are the only one in the game and both focus on Alice. Despite the naming, however, once on either route both devolve quickly into a lot of exploratory teenage sexual antics.

Despite a rather clever setup, Momoiro Closet does not put too much dramatic focus on Alice’s secret anime and cosplay adoration. It almost never really comes up as a serious issue. As for Reiji, he’s basically a blank slate. Once the introductions and character building are out of the way, the game falls into a constant cycle of Alice’s other massive addiction — sexual activity. 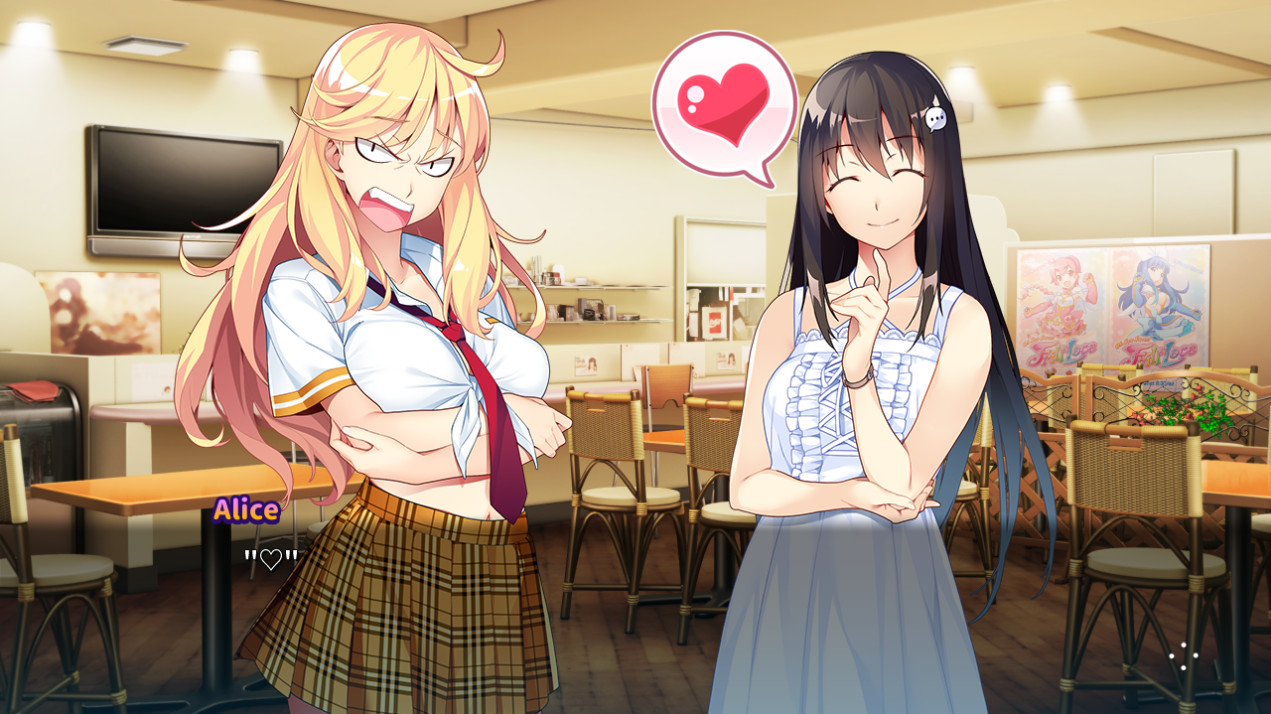 Basically, this is a short eroge (erotic game) being sold as an all-ages release with optional (and free) 18+ patch. This is no big deal for anyone who goes in knowing what to expect. Those who only opt for the Steam release with no patch, however, will definitely be let down. Once something sexual appears to be brewing, as is often the case, you’ll only get a little tease before being moved suddenly onto the next scene. Not every gratuitous element of these scenes is necessary for the full experience, but more than most eroge, the game does provide additional characterization and humor during said sequences.

With all content intact, the game takes around four to five hours for the first playthrough. Without all the adult scenes included it’s closer to three hours of gameplay. This is comparable to other similar short games such as the Nekopara series – but Momoiro Closet features way more eyebrow raising scenes. The Japanese voice acting is respectable, but restricted specifically to female characters. As with many visual novels, you will never hear the male protagonist utter a sound. 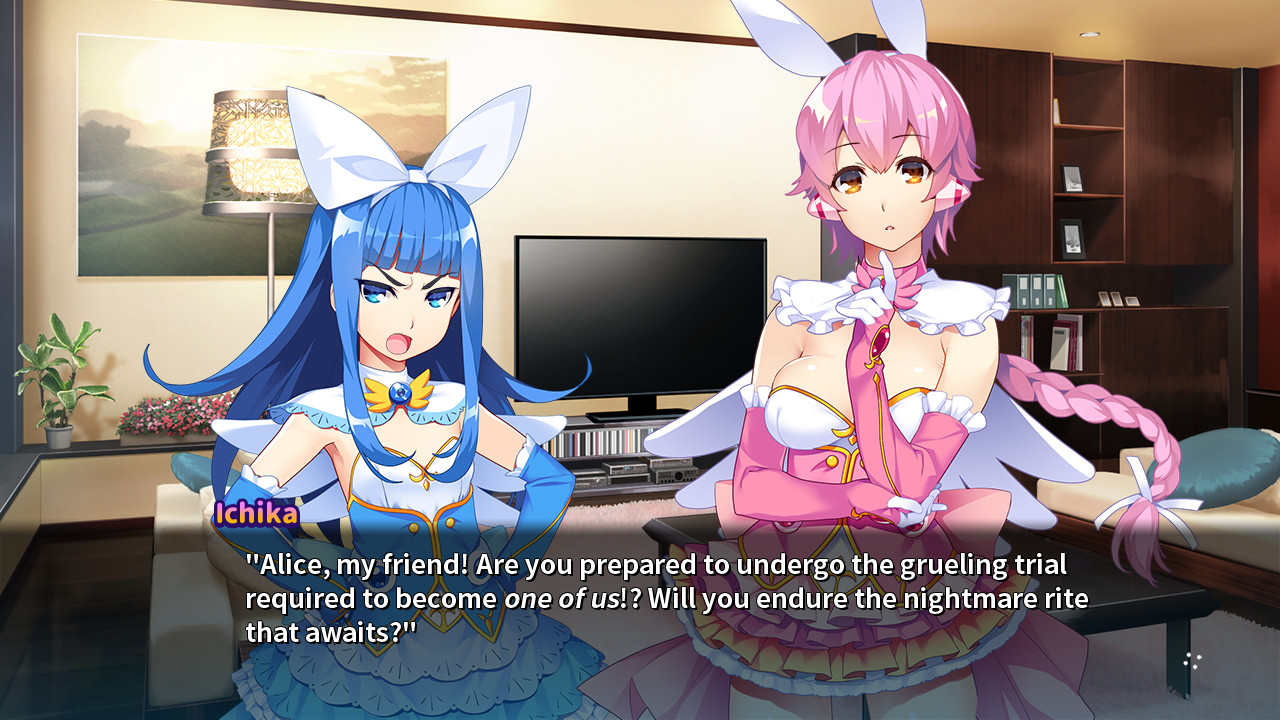 Then there’s the soundtrack which gets the job done but also seems to rotate between a measly three songs. Something that does stand out is the way Momoiro Closet is programmed to restrict access of its adult features. If you take a screenshot of such a scene via Steam, the entire screenshot gets automatically pixelated. Anyone who opts to stream the game will find that it forces itself into all-ages mode due to streaming. Yes, there are workarounds for these features, but it’s interesting to note the attempts at self-censoring.

There are no fail states in Momoiro Closet. Instead, your dialogue choices take you down one of the two previously mentioned routes. It’s pretty easy to guess which will lead to the “Spicy” route, with choices where Reiji encourages the more extreme desires that his lascivious girlfriend has. The game only includes about five dialogue choices to begin with, and each of them appears to have bearing on the storyline rather than choices that are “just for fun.”

Completing the game and unlocking all achievements is as simple as playing through twice. The trickiest thing about the game is its name, which for some reason was not fully translated. Momoiro means Pink/Peach, making the name effectively “Pink Closet.” Is this referring to Alice’s hidden cosplay passion or her sexual awakening – or both? It doesn’t really matter, but it’s a weird (and potentially confusing) choice nonetheless. Finally, my game crashed twice during a playthrough without any clear reason as to why. 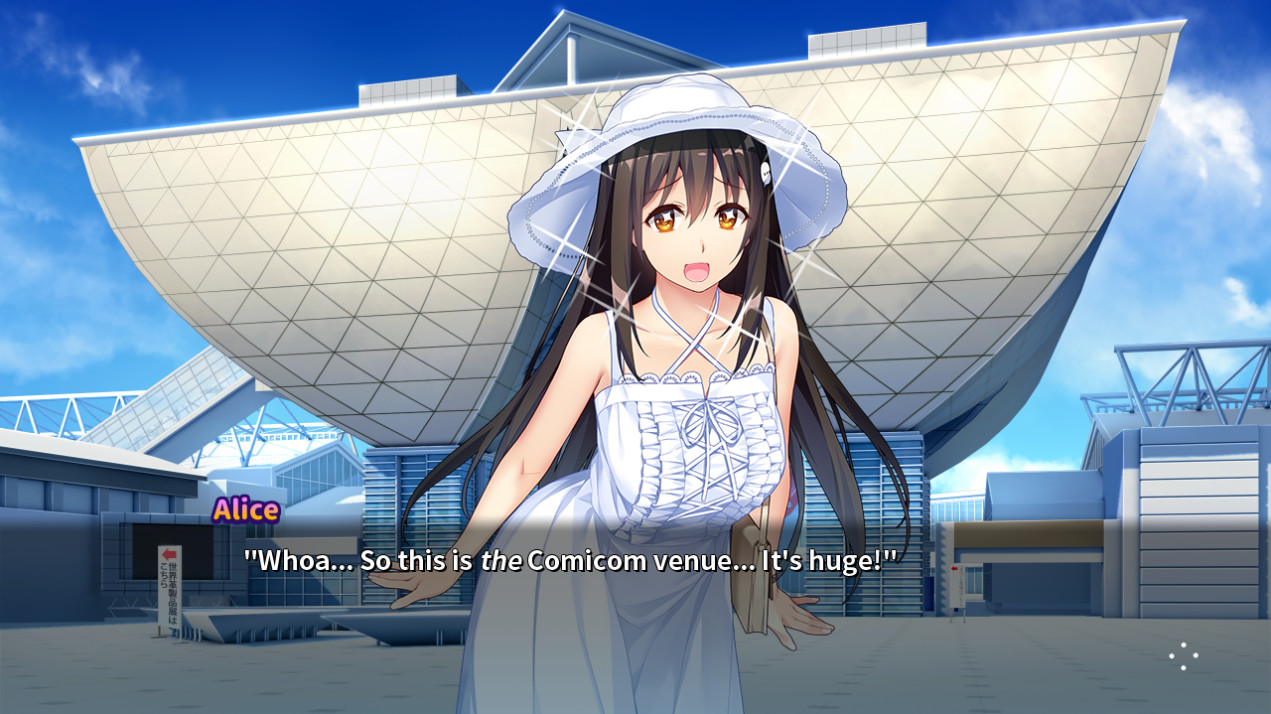 Momoiro Closet is a strange game to recommend because the all-ages version lacks so much content due to sexuality clearly being the focus. Even with scenes cut, the game still focuses heavily on a story of dating a nymphomaniac which is hardly family-friendly material. As such, anyone who is of age and interested should opt to download the patch. Those looking for a wholesome high school romance must instead look elsewhere because this visual novel isn’t a good fit. Basically, if you’re into what Momoiro Closet is dishing out then you’ll get your money’s worth of salacious content.