Ruby is a cyber-enhanced adventurer who’s surprisingly strong despite her lack of arms.  Majesty is a giant flying fox.  Together they’re the Treasure Team, seeking lost treasures and forgotten knowledge in the handful of environments that survived the total collapse of the space-time continuum.  It’s not easy living after the end of the universe but they’re a cheerful pair who just want to help as many people as possible, bringing them back to the home base of The Safe where time and space are normal.

Out in the fragmented remains of Planet Dirt, though, things are far less peaceful and require the combined efforts of a daring pair of friends to survive.  Ruby and Majesty: Treasure Team is an action-puzzle game where you control two characters at once, one with each stick on the gamepad, and they need to work together to reach the exit of each room of the level.  The justification for the two having to stick together is magnificent tech-gibberish, with the stability of each region requiring two distinct observers to “maintain quantum ego separation”, but by the first couple of levels the writing makes it clear they also like each other and wouldn’t part even if the levels allowed it. 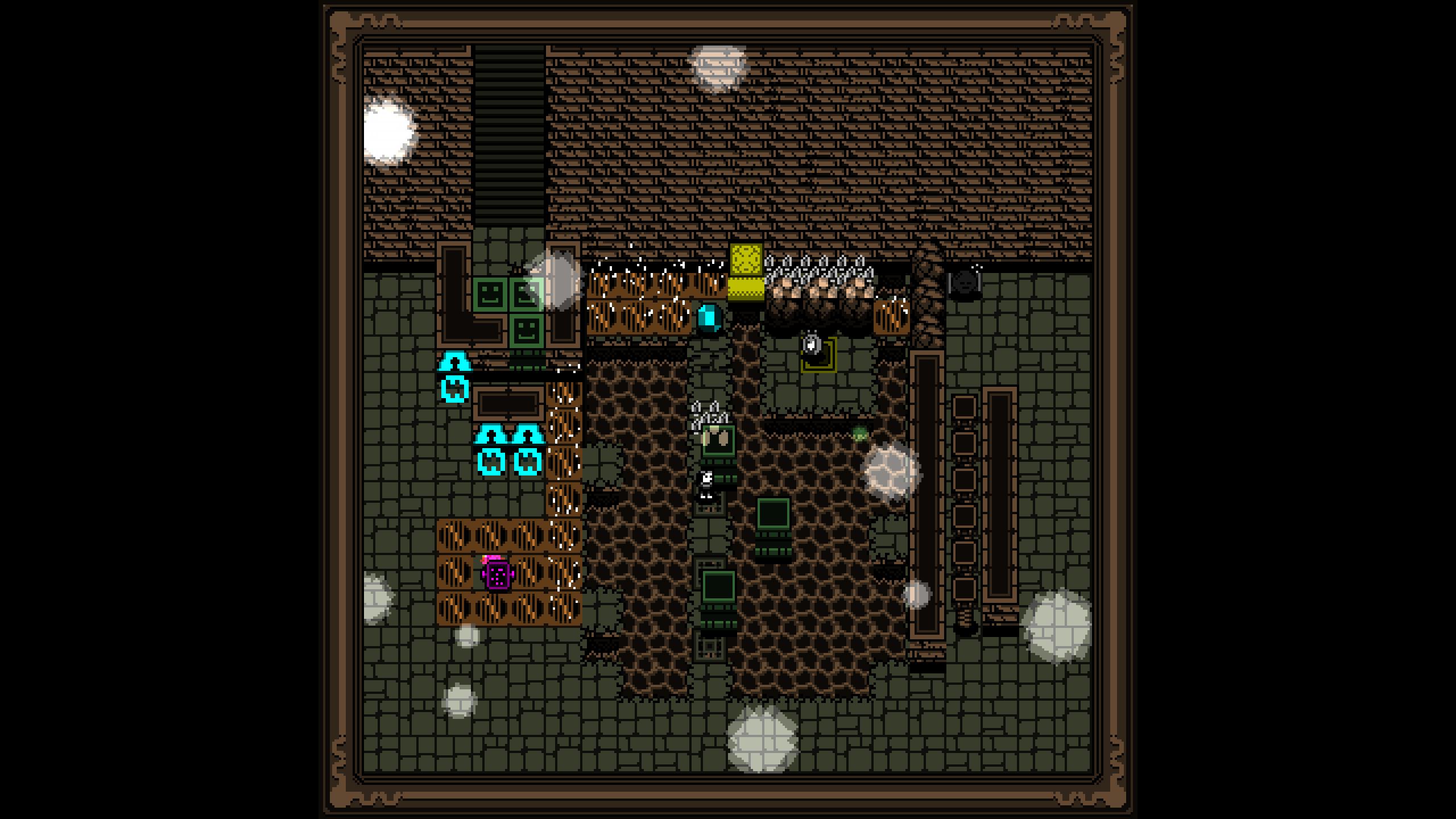 Each room is made up of obstacles and traps designed around Ruby and Majesty’s abilities, and the trick is to figure out how to best get them working together to progress.  Both adventurers can trigger switches, but Ruby can push heavy blocks, carry keys, and walk through the winds generated by fans, while Majesty flies over gaps and isn’t bothered by spikes.  Giant sawblades are bad for both of them, and other hazards are equally troublesome.  The demo contains a good selection of rooms to figure out and the puzzles get nicely devious even with only two areas and the home base to explore.  There’s also lively dialogue among Ruby, Majesty, and the handful of other explorers they meet along the way, plus just enough lore to build a unique backdrop for the adventure without getting in the way.  It’s a weird, glitchy remnant of a universe that’s seen better days, but nothing an armless cybernetic woman and her best friend/bat can’t survive with teamwork, reflexes, and a good amount of brainpower.

Ruby & Majesty: Treasure Team is currently running on Kickstarter and deserves every bit of attention it can muster.  Head on over and check out the demo.