One can’t blame the good folks at Spike Chunsoft and Bandai for working the One Piece license they way they have been doing. The series remains popular with fans of anime comedy and overwrought storylines. It’s not like the publisher has been releasing a ridiculous amount of titles, with the most recent “real” entries being the fighter Burning Blood and the HD port of One Piece Unlimited World Red. So, news of a VR title was extremely welcome. One Piece Grand Cruise had the possibility to satiate series’ faithful with a fresh entry as well as give anime fans a unique opportunity to experience the action firsthand. Instead, we received another VR tech demo that is so light on content it could be used in lieu of helium to fill party balloons.

Starting up, the game throws the player on a beach and tells them to choose between two scenarios: one a battle against the Navy, and the other a fight against the Kraken. The player chooses, receives a brief introduction from a Transponder Snail and then Luffy himself. After this, the option is given to choose from a handful of places on the ship to visit, assuming the hand in question belongs to a clumsy dynamite enthusiast. In this new setting, the player gets spoken at by a couple of Straw Hat adherents, maybe answers a yes or no question, and then gets pulled on deck for the fight. Using motion controls, via either the DualShock 4 or Move, the player aims a cannon to either shoot random crap out of the air or hit the broadside of the metaphorical barn that is the Kraken. After, a short action sequence plays out, the crew says goodbye and the experience is over. Frankly, it took longer to type out this paragraph than it does to play it. 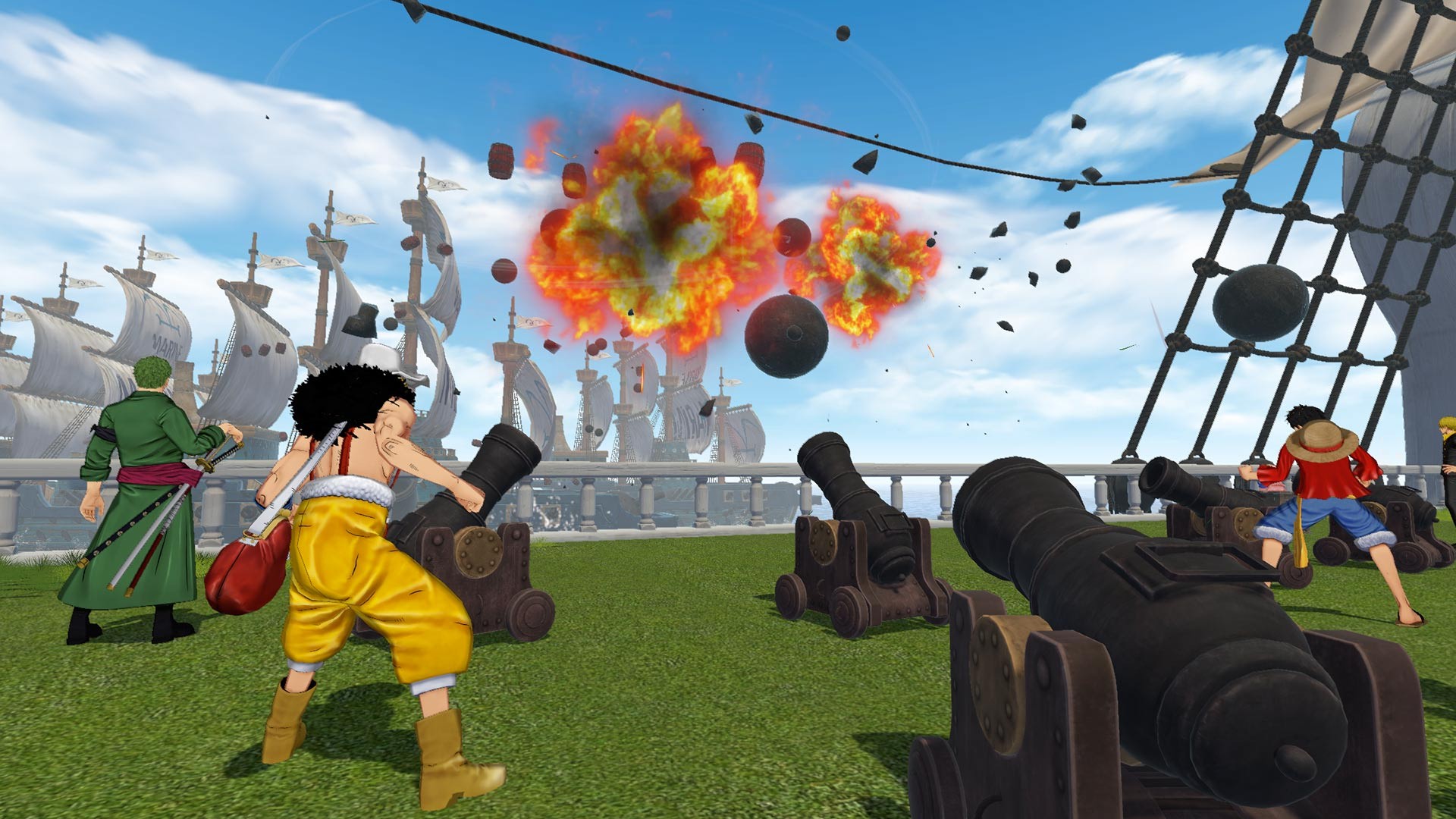 While there is a wafer thin veneer of replay value in the form of going back through the two scenarios for the opportunity to visit other parts of the ship before being pulled away, the player is still forced to sit through the introductory sequences before being able to choose. It’s not like these brief sessions have much in the way of substance, either. There is a novelty to getting to see rooms of the Thousand Sunny “in person,” but even that is squashed by the fact that there’s nothing to really do there.

It didn’t have to be this way, either. One can easily imagine a title that uses these same art assets but provides more for the player to do, while still being light enough that a One Piece fan who is also a VR neophyte could enjoy it. Cooking with Sanji, helping Zoro practice his swordsmanship, putting together a torn up map while not staring in concern at whatever the hell those things attached to Nami’s chest are, there are plenty of VR friendly activities that have already been shown to work in other titles. It’s likely that reviewers might have lambasted such a title as being less than creative with the technology. Plenty of people, myself included, however, would have had a grand time doing such activities while interacting with beloved characters from the franchise.

This situation is doubly frustrating as the appearance is faithful to the show. While it seems likely that he character models are lifted entirely from One Piece Unlimited World Red, they are good models and the work was done to make sure that they look “right” during the experience. The environments seem to be fresh, and there all sorts of details for quick eyed fans of the show and manga to take in. Once one gets used to the visceral terror of seeing anime characters in “reality” (my initial reaction when Luffy jumped down to the deck was “AAAAAAAAAAAAAAAAAAAHHHHHHHHHHH.” This kind of quick witted, but still poignant commentary is why Hardcore Gamer keeps me around), it does feel, for the briefest of moments, like the player is witnessing a part of an episode first hand. 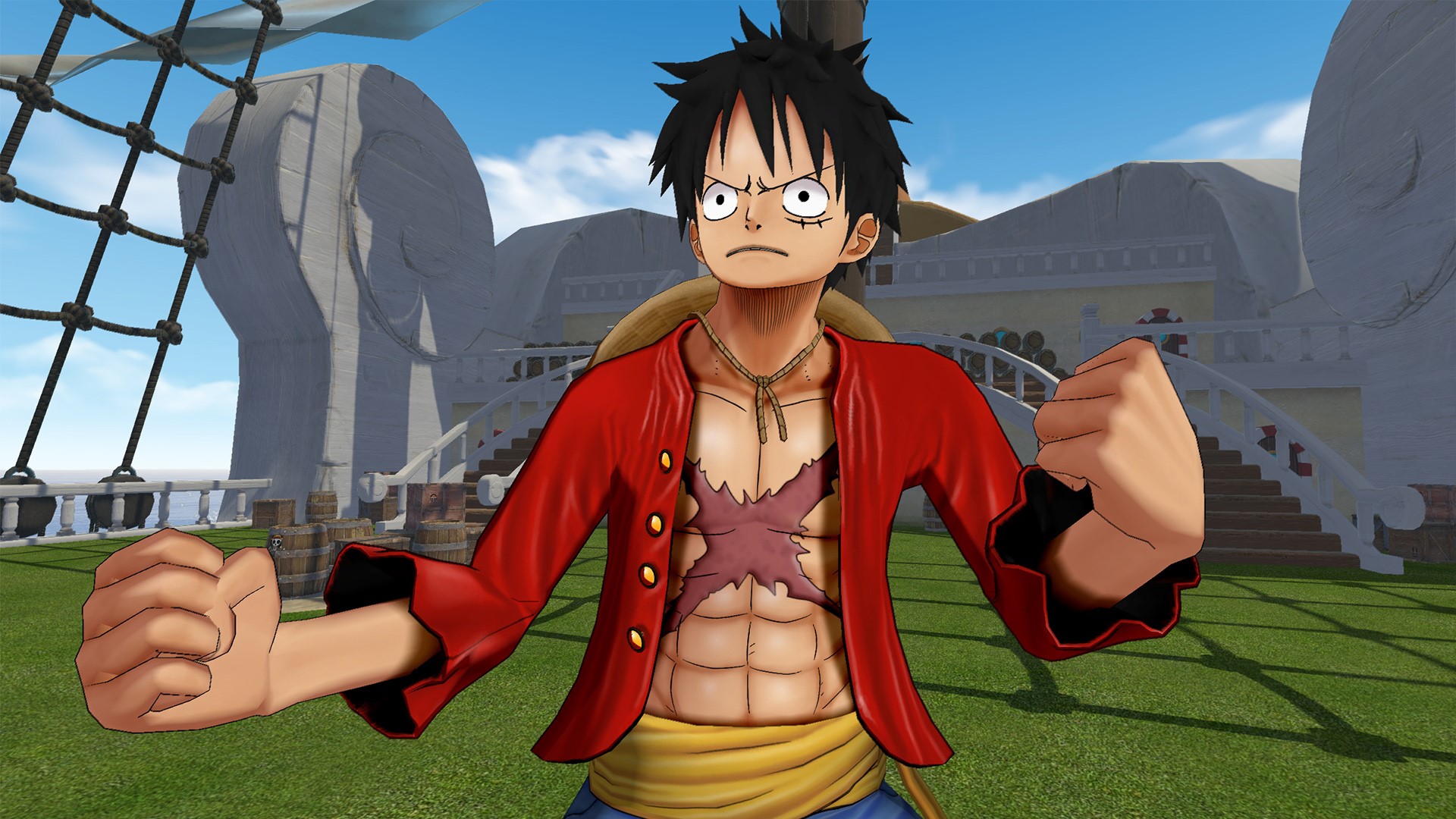 There isn’t much to say about One Piece Grand Cruise. There just isn’t too much to it. The player loads it up, hits start, and it’s over quicker than a flash of light from Franky’s nipples. Players hoping for a game with something to actually accomplish will be find even those expectations dashed against the rocks of the Grand Line entrance. The only purpose that this title can serve is to be another thing to show off the PSVR. There’s already plenty of those available. The one true silver lining that could be found is that maybe, just maybe, this will help get Spike Chunsoft’s feet wet enough in virtual reality so they can give the world an experience that One Piece deserves.