The role of headphones in gaming has progressed throughout different stages of life. First they were exclusively used in handheld game systems in the backseat of the car on a family vacation which eventually progressed into PC gaming when sneaking in some game time many hours past my bed time. Now they are a constant accessory for PC and console gaming, whether used for talking smack to Jason Bohn while he gets pummeled in Street Fighter V or simply enjoying games at loud volumes at 3:00 am. They also sound better than the stock speakers on my computer when I just want to listen to music, and there is such a variety nowadays where it can be tricky to find the ideal one for one’s audio needs and budget.

The 1More Spearhead VR Gaming Headphones are one of the newer options available that tries to create a deep sense of immersion through 3D sound with 7.1 channel surround sound. Some of the other technical features include 50MM Maglev Graphene Driver to deliver the Super Bass VR Shockwave. To facilitate more enjoyment during online gaming, another feature is Environmental Noise Canceling, which works with a dual microphone technology so communication is more clear by eliminating background noises.

The Spearhead comes with a USB cable and a 3.5mm jack, so this headset is completely wired. The 3.5mm jack allows the Spearhead to be used with gaming consoles, mobile devices, tablets or just about any device with a headphone jack. Using the 3.5mm cable only provides sound in stereo, and while the sound quality is good, playing console games using the 3.5mm headphones isn’t going to provide the same quality boost from a high end headset designed specifically for the console but they do sound a lot better than going through the TV speaker. The claims about the microphone clarity appear to be true since there were no communication snafus during a couple online gaming sessions during this review process. 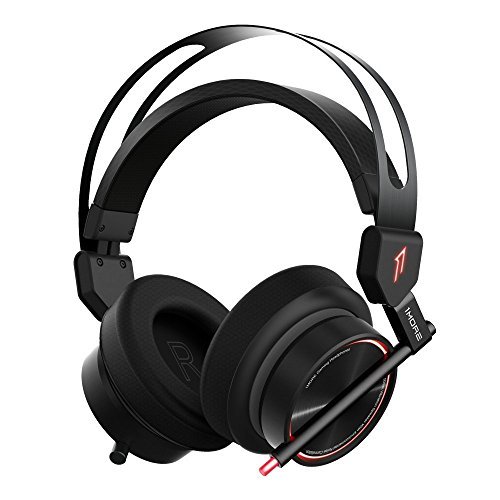 Using the USB cable is where the Spearhead truly shines. The 7.1 surround sound and bass boost do create a sense of the events in the game happening around the player and the overall sound quality is noticeably better when using the USB connection over the 3.5mm. Something of note with the Spearhead is that it’s designed to enhance the audio quality of all video games, but specifically the 3D surround sound was intended specifically for VR games. We can probably all agree that audio immersion in any game is nice but it’s especially cool during VR. Playing within a virtual where the visuals follow the player’s head movement can trick the brain into thinking that this is the world the player is occupying and having surround sound does add an extra layer of immersion to the experience.

Getting beyond gaming, the Spearhead is a solid option for listening to music or watching videos. Just like with gaming, the stereo 3.5mm is high quality but getting the extra bass and 7.1 surround through the USB cable is the preferable way to go. The bass boost can add some thunderous low end to just about any song, and the overall sound quality allows for a clear differentiation of different audio tracks and makes undertones that are sometimes buried audible. The level of sonic detail doesn’t quite match what you’d find in some higher end headsets, but those sets will also set you back an extra hundred bucks or more over the cost of the Spearhead.

An important consideration with any headset is comfort, which is an area where the Spearhead is fine since it can be worn for a couple hours with no discomfort. Having only had this headset in my possession for a couple weeks I can’t attest to its long term durability but it seems to be made with solid construction. There is an LED light that can be customized to any color of the user’s choice. A lightweight pouch is included and is more suited for a convenient way to transport the headset and cables while providing a small bit of protection. 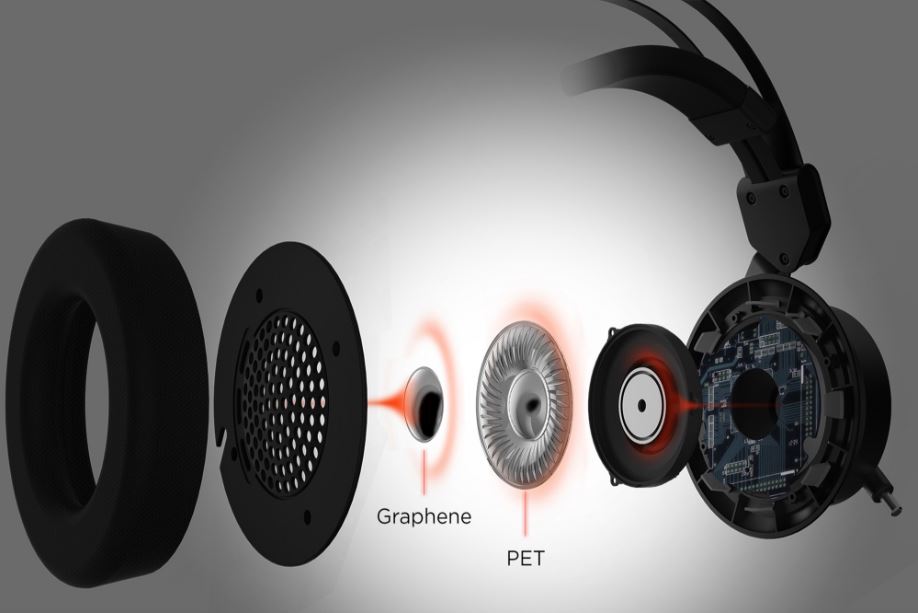 The Spearhead VR Gaming Headphones is an impressive headset. The suggested retail price is $129.99, and while they might not be as impressive as some headsets costing substantially more, you’d be hard pressed to find anything better in this price bracket. While they may not surpass some of the more expensive models, the Spearhead can hold its own against them. Anyone who plays a lot of VR games should consider picking up this headset, but it’s also a good option that won’t break the bank for any lover of games or music.