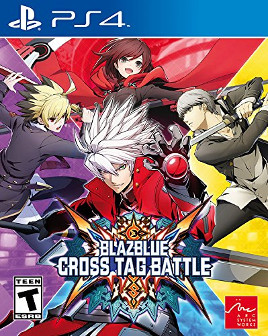 BlazBlue has been going strong for just about a decade, so it only seems fitting that now is time for it to spread its wings and start taking on characters from other fictional universes. BlazBlue Cross Tag Battle pits characters from BlazBlue against other combatants from Persona 4 Arena, Under Night In-Birth and RWBY, making it the fighting game debut for Ruby, Weiss, Blake and Yang (Blake and Yang being forthcoming DLC). Arc System Works isn’t a stranger to 2D fighters and the joining franchises fit in well with the traditional BlazBlue art style, even if they all hail from worlds where the laws of nature that govern supernatural and otherworldly activity may vary.

The core gameplay of BlazBlue Cross Tag Battle can be summarized by its title: players select two characters from the roster and duke it out in a tag team match. It’s a formula that’s been done before and if you’ve played a crossover fighter before you have a general idea of what to expect here. Each character is unique with their own play style and move set. Players can call in their teammate to do combined attacks against their opponent or tag out to let one of their characters recover some health. The battle is won when both members of the opposing team are defeated. The gameplay itself isn’t anything groundbreaking, but it does an admirable job of executing the tried and true format and it’s a treat for fans of Persona or RWBY to see their characters in a new arena.

There are a few different game modes in BlazBlue Cross Tag Battle, which are the basic standards for fighting games. Vs. mode allows the player to engage in battles against the CPU or another player locally, the Online Lobby is where battles across the network take place, Survival is an endurance match of how many consecutive battles the player can last and Episode is the story mode for BlazBlue Cross Tag Battle, which attempts to provide some context and explanation for how everyone ended up together after their worlds collided. Tactics mode is where players can learn the basics of the game, practice combos or learn how to master their favorite characters. 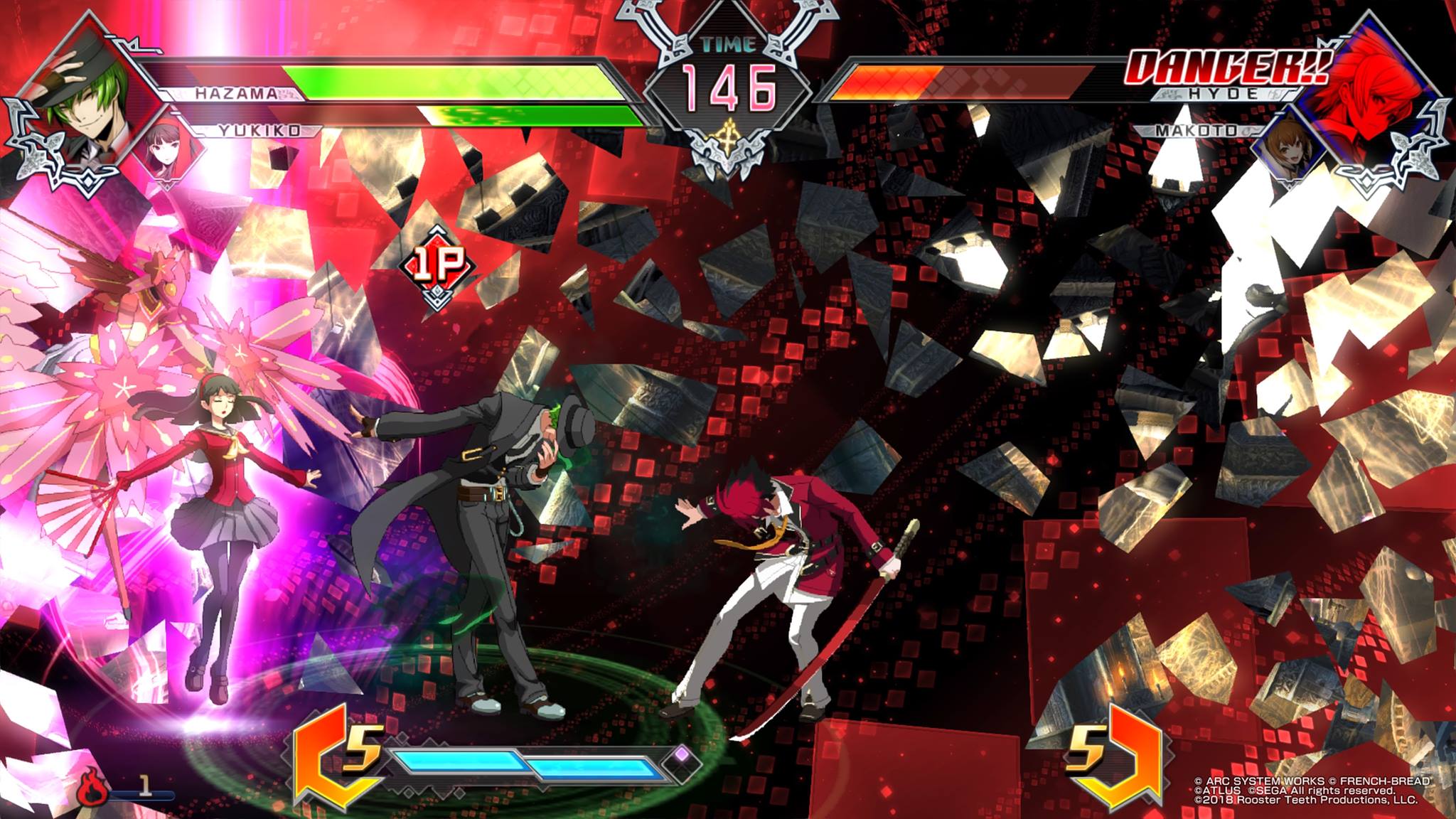 Fighting games traditionally aren’t the recipients of the best story award that most publications do at the end of the year and this title doesn’t do anything to break that tradition. There are four different episodes to play through, one for each world that has been merged together. There is a moderator that dictates the conditions of battle and dangles a Keystone to get back home as a prize for winning. None of the episodes are particularly long, if you let each dialogue sequence get fully voiced without skipping ahead as soon as the dialogue has been read, each one might take roughly a half hour to an hour.

The problem is each episode feels like it is the same story being told again except focusing on different characters and the time of story development greatly exceeds the time spent fighting. The story of each world merging together and how people who fight with Personas against people who have become In-Births is interesting the first time through but I found myself caring less about the story with each subsequent episode, as a new set of characters gets surprised by their next encounter, gets paired with someone against their will and tries to figure out what the disembodied voice of the Moderator is. Some positives are the Moderator’s dialogue and general presence is consistently entertaining and the brief moments of actual combat are enjoyable. 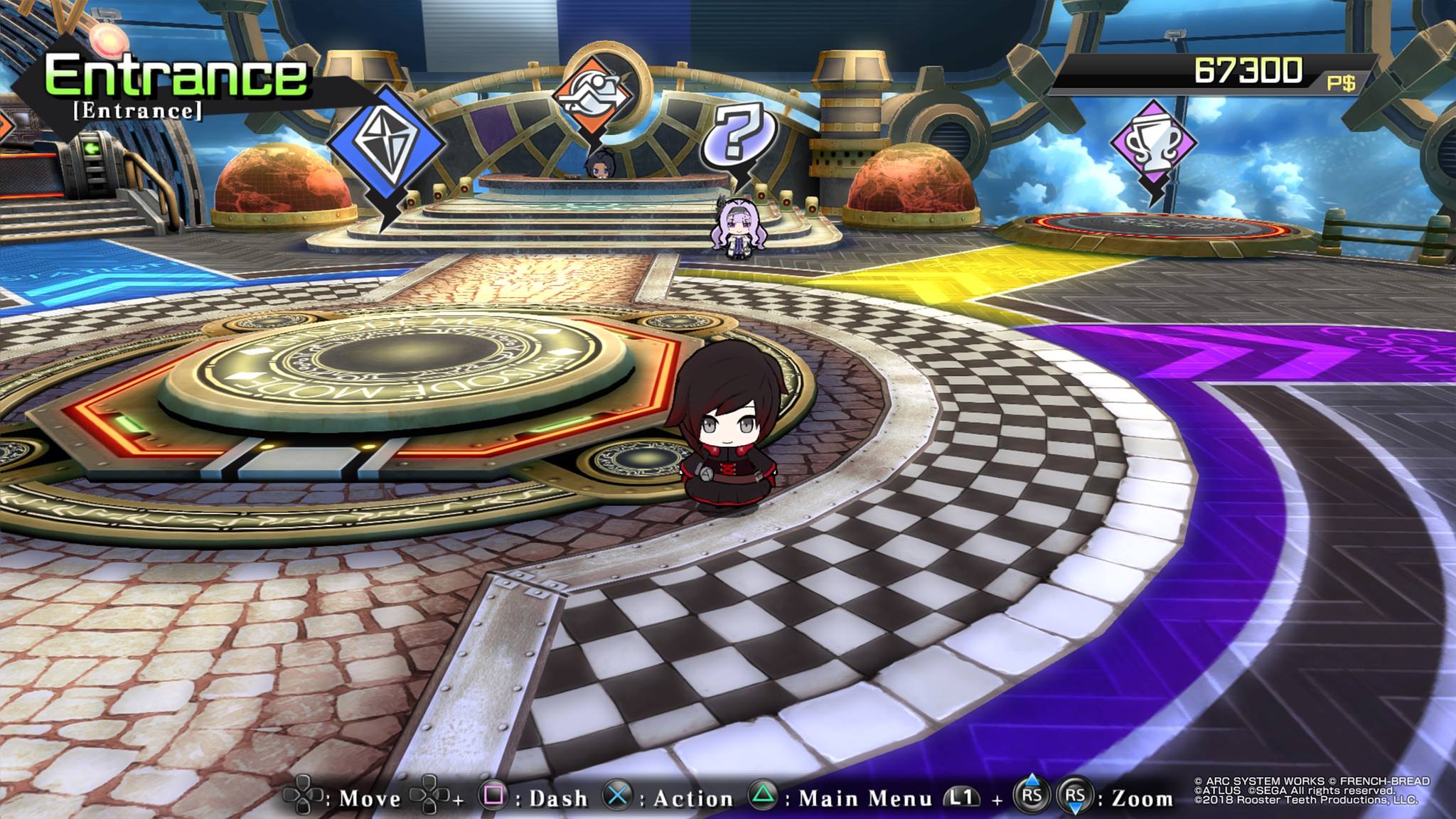 The story being less than stellar isn’t that much of a detriment since most people play fighting games for the actual game play and this is an area where BlazBlue Cross Tag Battle excels. Each character’s move set has been crafted in a way where it is true to the world they came from, such as Ruby snipperclipping with her scythe or Yukiko sending out a Persona. Different difficulty levels allow for players to adjust the single player experience to their skill level, which is good since the normal difficulty seemed to be on the easier side. The online lobby is intuitive to use, just walk into one of the open pods and square off against another player. Each of the characters has an extensive list of special moves and combos, but the gameplay is balanced so inexperienced players can stand a chance by button mashing against skilled players who have mastered the game by spending hours in Tactics, though the player that actually knows what they’re doing will still most likely be the victor.

The technical mechanics of BlazBlue Cross Tag Battle are of the caliber Arc System Works is known to deliver. The anime-style graphics are a feast for the eyes and the smooth controls allow for executing the ballet of destruction to be done with the same ease as simply watching it. The control system is streamlined and simplistic but this allows for the player to smoothly execute a vast array of different attacks. During the review process it’s hard to accurately gauge how well the online portion of the game will perform once the title is released since only a fraction of the available spots are occupied, but based on the user-friendly interface, the online portion will be enjoyable assuming the servers are maintained to handle the traffic. 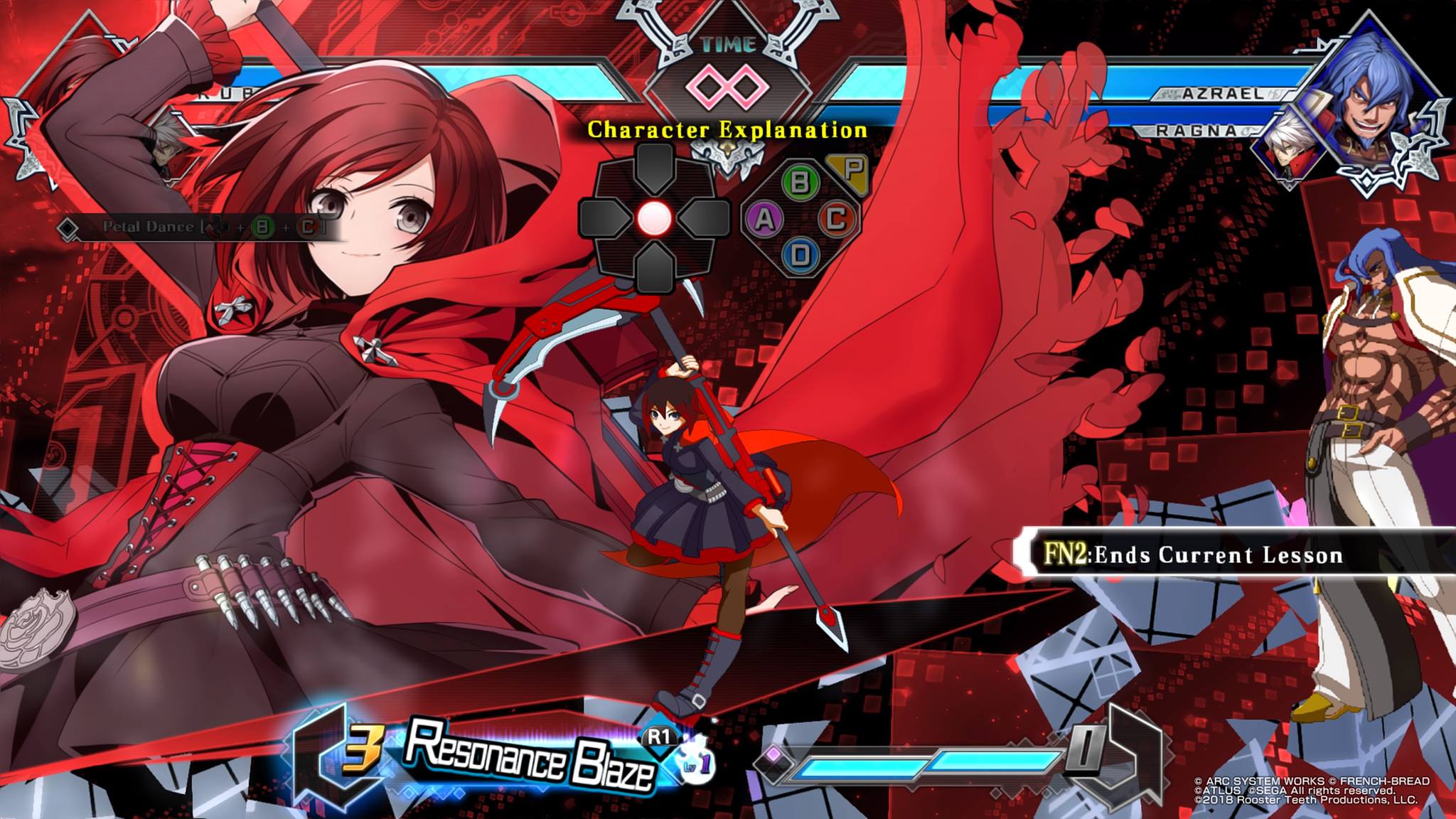 BlazBlue Cross Tag Battle doesn’t do anything to revolutionize the crossover tag team fighting system, it simply sticks to a formula that has worked before and does a great job with it. The single player experience is enjoyable, though not as robust as we have seen in some other fighters as there is no arcade mode and the Episode mode is more cutscene than gameplay. As one would expect with the genre, BlazBlue Cross Tag Battle excels when playing against another person, and that experience is just as enjoyable either on the couch or online. The initial roster of twenty fighters is respectable, but that will eventually grow to forty through DLC. While the single player content alone might not be enough to warrant the purchase, there are countless hours of fun to be had playing against other people.