Video games are more popular than ever and that is partially due to the fact they are no longer confined to PCs and consoles. Cellphones and tablets have become major gaming platforms over the past few years which means that accessories relevant to gaming are being released for these devices. Additionally, as someone who has used a small screen laptop for a number of years for gaming on the go, this is a solution for having a small screen laptop but believing it’s easier to enjoy games on the big screen. Choetech has a few products on the market that may be of interest to certain gamers that may not be specifically designed for gaming but do have some practical applications in that realm.

The first thing we are going to look at is the Wireless Charger. The particular model Hardcore Gamer checked out is the one pictured in the link with the cute panda bear face. This device is designed to work with iPhone 8, iPhone 8 Plus, iPhone X, Samsung Galaxy S9/ S9 Plus, Galaxy Note 8/ S8/ S8 Plus, S7 / S7 Edge and Qi-Enabled Devices. It’s ideal for households that are divided between Android and iOS users, since it can just be plugged in and anyone can lay their device across it and it will charge with 7.5W charging, or 10W Fast Charge Mode only available for Samsung Galaxy S9/S9Plus, S8/S8 Plus, Note 8, Note 5, S6 Edge+, S7 and S7 Edge though it needs a A QC 2.0/3.0 adapter. There are protective features in place that help prevent over charging, over-voltage and over temperature to help preserve energy.

Charging is easy: all that is required is to plug it in and lay the device across the charger and the green LED light will show that it is being charged. The device has to be positioned properly to work but this is clearly displayed in the booklet that comes with the device. The phone may have to be taken out of its case to charge, depending on which case you happen to have. Metal cases or cases thicker than four millimeters (such as an Otterbox) will need to be removed but when we tried the Samsung S7 in a decorative but not very protective case it charged just fine. The standard charging speed didn’t really seem significantly faster or slower than just using a regular cord. It is a nice device, but doesn’t really seem like something that would be considered a necessity. On the other hand, having a communal pad where Android and iOS users can indiscriminately drop their phones to charge is nice for areas where everyone has different brand loyalty. 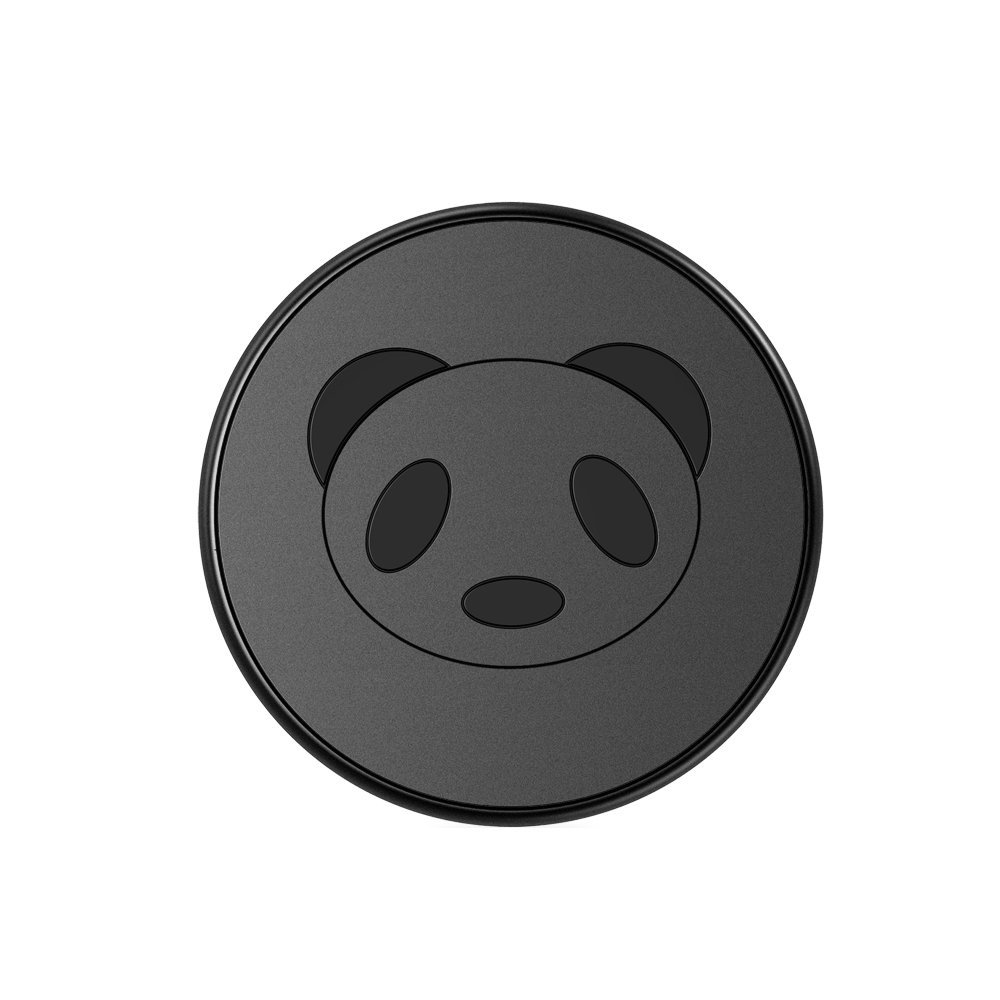 The next item we checked out was the USB C to USB A 3.0 cable. This is useful for trying to connect regular old fashioned USB devices to devices that insist on being hip and only have USB C inputs like the Samsung Galaxy Note 8, Galaxy S8, Galaxy S8 Plus, Nintendo Switch, Nokia 8, LG G5, LG G6, LG V20, LG V30, HTC 10, HTC U11 and other devices with Type C port. MacBook Pro users will likely also benefit from these, even though Apple is notorious for making their own proprietary mutant USB cables. These braided cables are nice and seem to be resistant to kinks and damage, though to add a caveat they had only been used for about a week at the time of writing this review. With compatible USB 3.0 they boast transfer speeds of up to 5 Gbps. 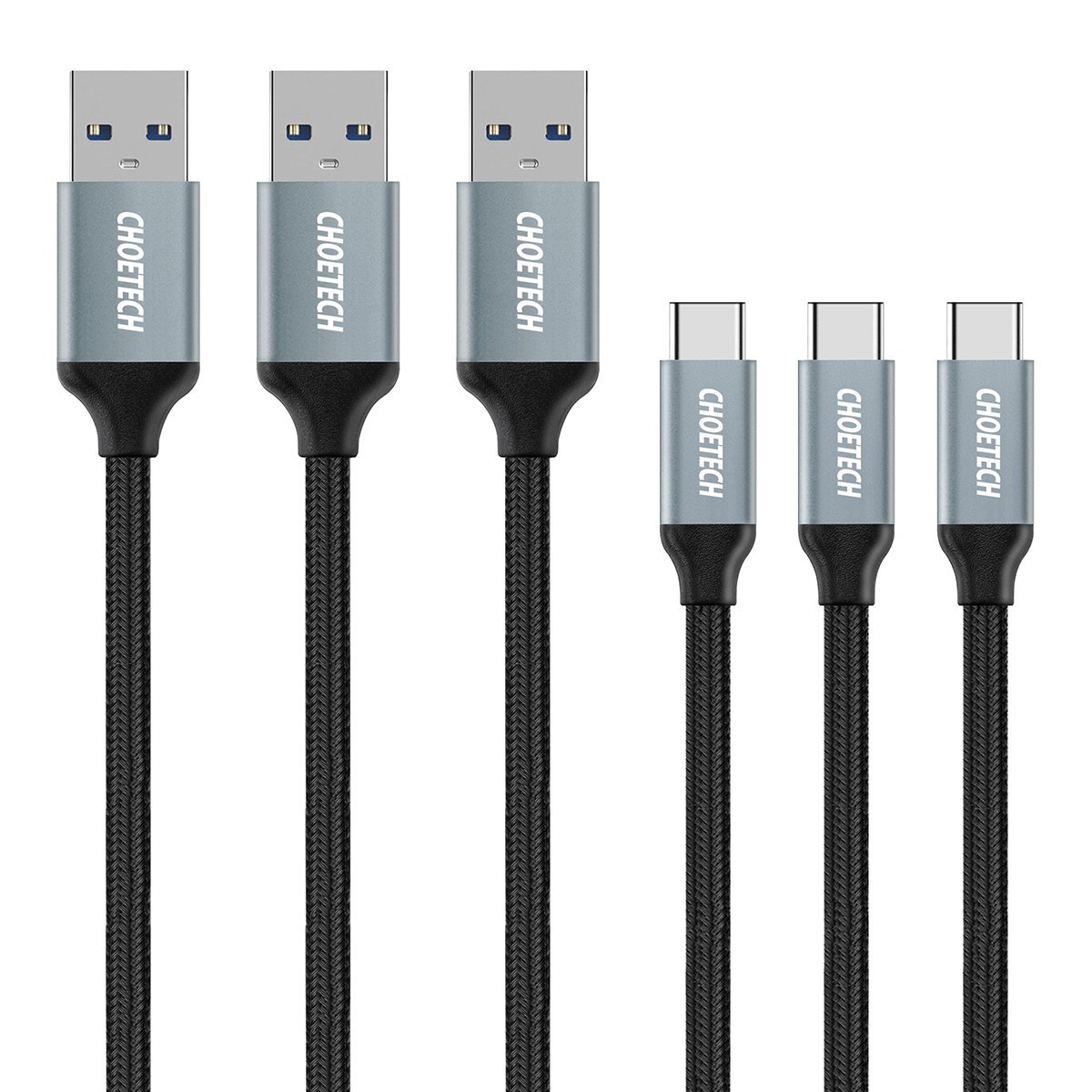 The final pair of items to look at from Choetech are a couple different USB C to HDMI cables. The first USB C to HDMI cable is 3.9 feet and braided and is intended to work with MacBook Pro, ChromeBook Pixel, Dell XPS 13-9350-R1609 13.3, HP Elitebook Folio GI and Samsung Galaxy Note 8/S8/S8 Plus. This is compatible with Thunderbolt 3 and can output UHD resolution up to 4K@60Hz but is also backwards compatible with devices that can only display at 4K@30Hz, 1080p, or 720p. My first thought was to plug it into the Switch and see if this could allow the Switch to be played on TV without the docking station (perfect for hotel travel) and sadly but unsurprisingly that did not work. The USB C plug in is fixed at a ninety degree angle which feels rather sturdy. This cable is basically just for the purposes of taking one of the aforementioned devices and having it displayed on a larger screen, but for that purpose it does what it needs to do just fine. 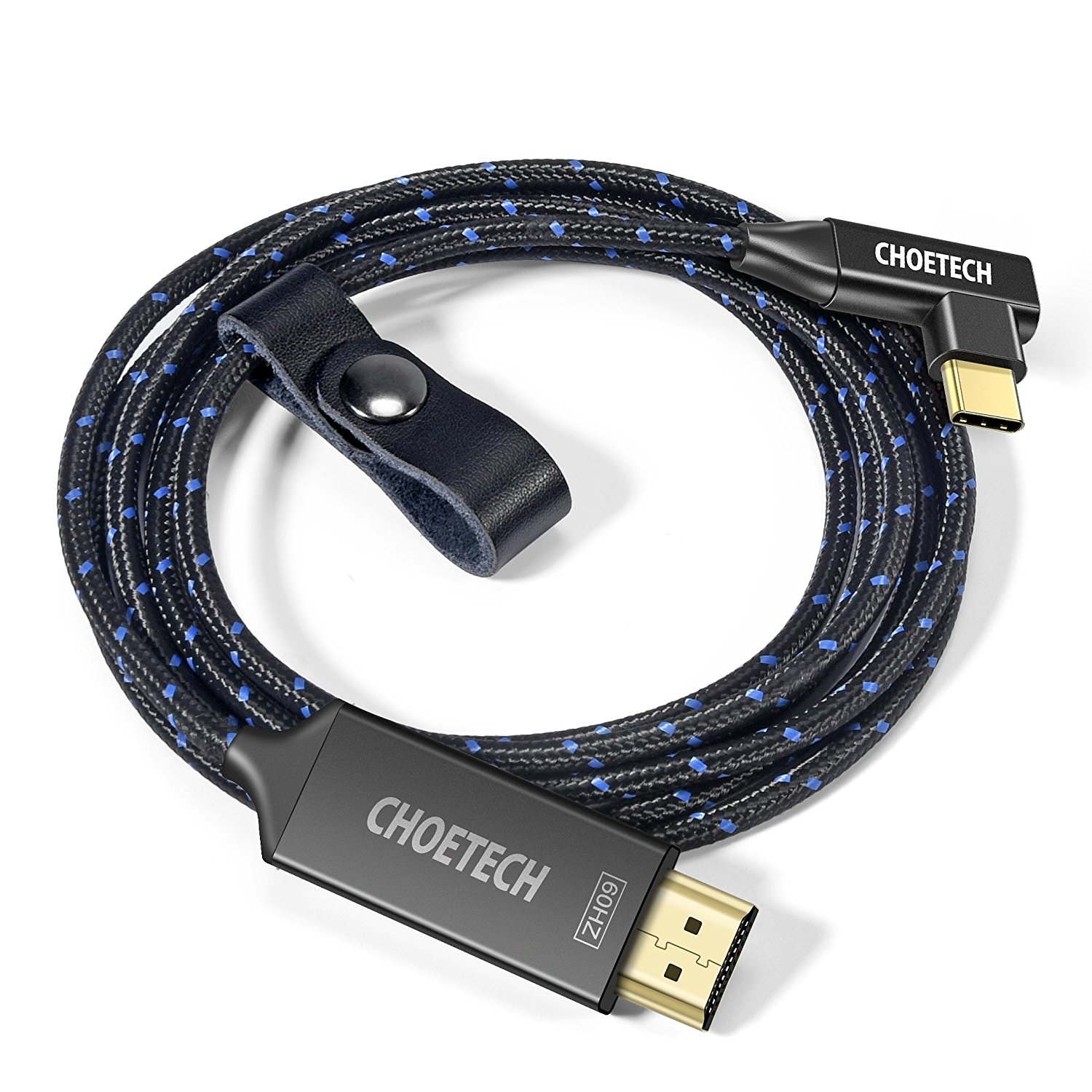 The next USB C to HDMI cable is similar to the other one but there are important differences to note. This USB C to HDMI Cable works only with computers with DP Alt Mode and will not work for USB-C smartphones and tablets with some specific exceptions, which are Samsung Galaxy Note 8/S8/S8 Plus and Mate 10. Some other differences are that this one isn’t braided, the cable is longer at 5.9 feet and it also features a 60W PD charging port for computers and smartphones. It’s recommended that the devices be paired and charged with their original charger and the wattage for the charge will vary depending on the item. Computers that are designated as charging above 60W will be charged at 60W, as that is as high as the charging port will go. While this cable is more selective about what devices it wants to work with, the charging aspect is a nice additional feature, especially if someone is using their laptop and other devices for some energy intensive products. 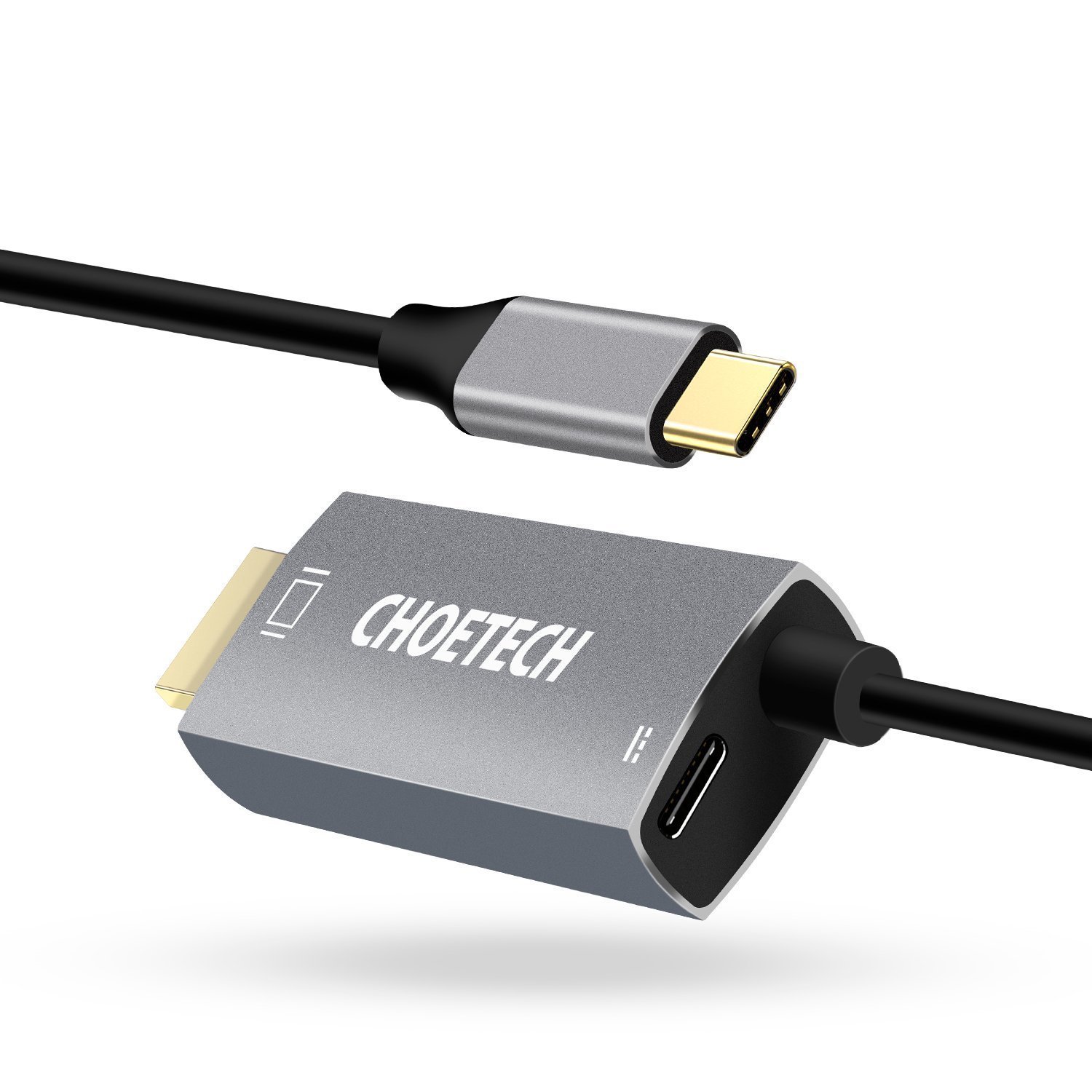 These various Choetech items aren’t necessarily items that fulfill roles that grant must-have status upon them, but they are good at what they do. The wireless charger for example isn’t something you’d need for yourself, but if you host tabletop gaming, hold band practice at your house or you and your significant other can’t agree on Android or Apple it could be a useful thing to have on hand. The USB C to USB A cables are useful to have for trying to get some older devices to work with newer USB C obsessed hardware and the fact that they are sold in three packs makes them a good value. The USB C to HDMI cables are great if you want to see what you’re doing on a thirteen inch MacBook on the book screen; just compare the features of both and see which one is personally more appealing.