Activision and From Software are a pair few would expect to work together. The studio that brought players the brutal Dark Souls and the H.P. Lovecraft-inspired Bloodborne teaming up with the publisher behind Call of Duty and Destiny? Far-fetched, yes, but yet it’s happening. The duo are working together to bring Sekiro: Shadows Die Twice to PS4, Xbox One, and PC. Different, yet similar to their past titles, Sekiro looks to find its place alongside From’s other work. At E3 2018, we got a behind-the-scenes look at how the title is shaping up.

Sekiro takes place during the late sixteenth century in the Sengoku Japan period, a bloody, brutal time consumed by conflict. You play as the titular hero, Sekiro, whose lord is stolen from him by a mysterious samurai, and to add insult to injury, the samurai also cut off his arm. The demo picks up early into the game with Sekiro, armed with a Shinobi Prosthetic, tracking the samurai to a nearby castle.

In a stark contrast to the Souls and Bloodborne franchises, Sekiro focuses on telling a direct story to the players as players embark on their quest with a set protagonist rather than playing their own customized character. With a set personality and history, From Software explained this will allow them to focus on delivering a solid story. In another break from tradition, Sekiro will be single player only, as the much beloved multiplayer from Dark Souls and Bloodborne won’t be returning. 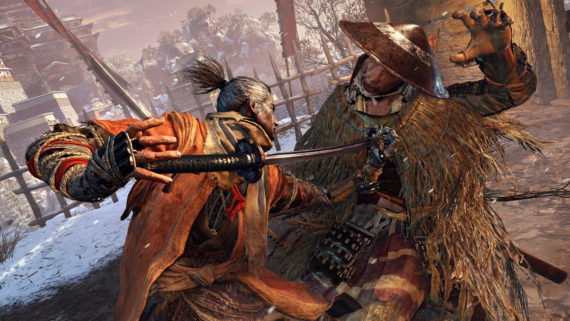 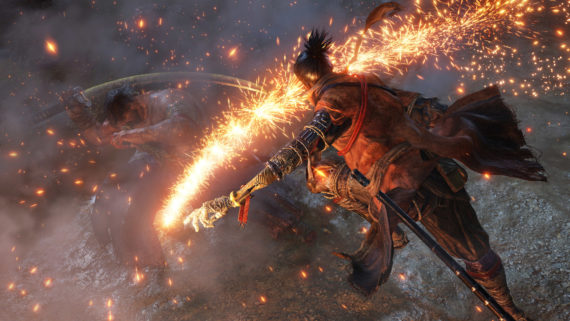 Jumping into the demo, From Software began by highlighting a major departure from their last batch of games, verticality. Armed with a grappling hook, Sekiro is capable of reaching high places in a way similar to the Batman Arkham games. The grappling hook may also be used in conjunction with jumping to add variety to the brutal combat.

Combat is similar to previous games, but with a twist. You’ll still be dodging and maneuvering around the battlefield as you juggle multiple enemies, but you’ll also be parrying. Miyazaki wants players to really feel the clashing of swords, so Sekiro focuses heavily on attempting to parry enemy strikes. To facilitate this focus, Posture replaces Stamina, and is reduced by holding the block button. However, hitting the block button right before an enemy hits you, creating a successful parry, lowers their Posture. Low Posture increases the amount of damage you or the enemy takes, setting up a tense competition to see who is word down first.

Despite many of the changes, Sekiro retains elements that fans of previous From Software games enjoy, all while adding in new mechanics. New light stealth mechanics can be used to quietly kill a creepy old lady monster capable of summoning enemies. Tools like the loaded axe give players more gameplay options to tackle enemies. Estus Flask-esque healing items keep you refreshed while tackling giant monsters, and Shinobi Doors provide passages to new pathways, secrets, and treasures. A lot has changed, but Souls fans should have no problem immersing themselves in the world of Sekiro. 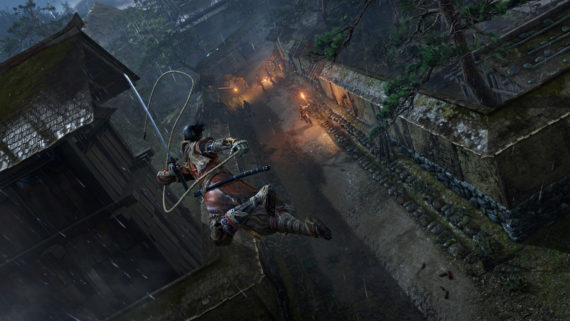 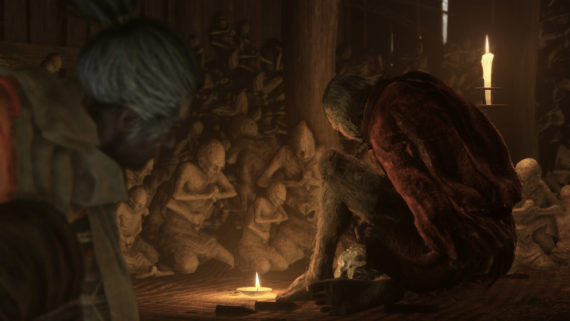 However, they may not take too kindly to the forgiving death system. Unlike Souls or Bloodborne, death is not the punishment or teaching experience it was in those games due to resurrection. Sekiro can be resurrected when falling in combat, though how this happens remains a mystery. The system can turn death into an opportunity, which some fans may not be excited to hear. Details on how this mechanics works is still being worked on so we’ll have to see how things pan out.

As a Japanese developer, From Software are finally returning to their homeland. In the demo, Sengoku Japan was beautifully realized, with stunning architecture and impeccable detail to everything around you. One area towards the end was especially stunning with sunlight pouring through cherry blossom trees and flowers blowing in the wind. Their goal was to reproduce the natural beauty of Japan, and so far they’re succeeding. 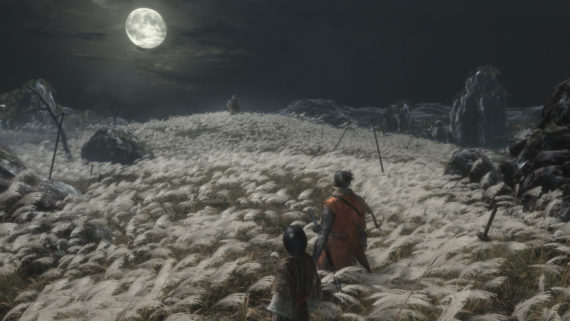 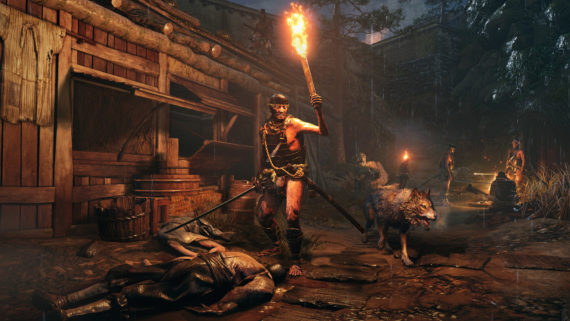 The demo ended with Sekiro going up against a twisted boss that From Software fans are bound to enjoy. The Corrupted Monk utilized her spear to make quick work of Sekiro with no resurrection this time.

Sekiro: Shadows Die Twice takes some of the best elements of the Souls and Bloodborne games and adds its own twist to create a unique experience. With a focus on verticality and parrying, the game is set to deliver something new and exciting for From Software fans. It remains to be seen if removing multiplayer and adding resurrection are smart decisions, but for now, Sekiro: Shadows Die Twice is one to watch.

Sekiro: Shadows Die Twice is out early 2019 on PlayStation 4, Xbox One, and PC. 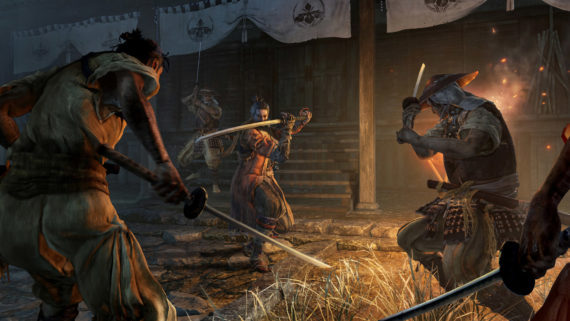 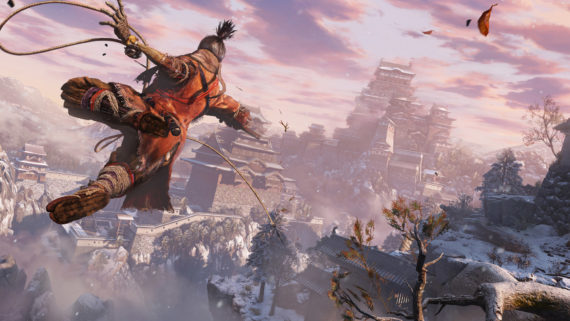