Today at E3 Julian Gerighty, Creative Director at  Ubisoft, showed off and spoke more about what we can expect from The Division 2. One of the biggest points was that the team that’s working on the sequel is the same team that was devoted to bringing The Division back from the brink and turning it into a good game.

Many may remember that when The Division first launched it had a myriad of problems. Some of the biggest issues were the time to kill enemies during end-game missions and just the end-game as a whole. After months and months of revamping the game, there are huge noticeable changes in The Division from when it first launched, and a large chunk of the player base returned. Keeping up with those lessons and bringing them into The Division 2 was a major point for Gerighty and his team. 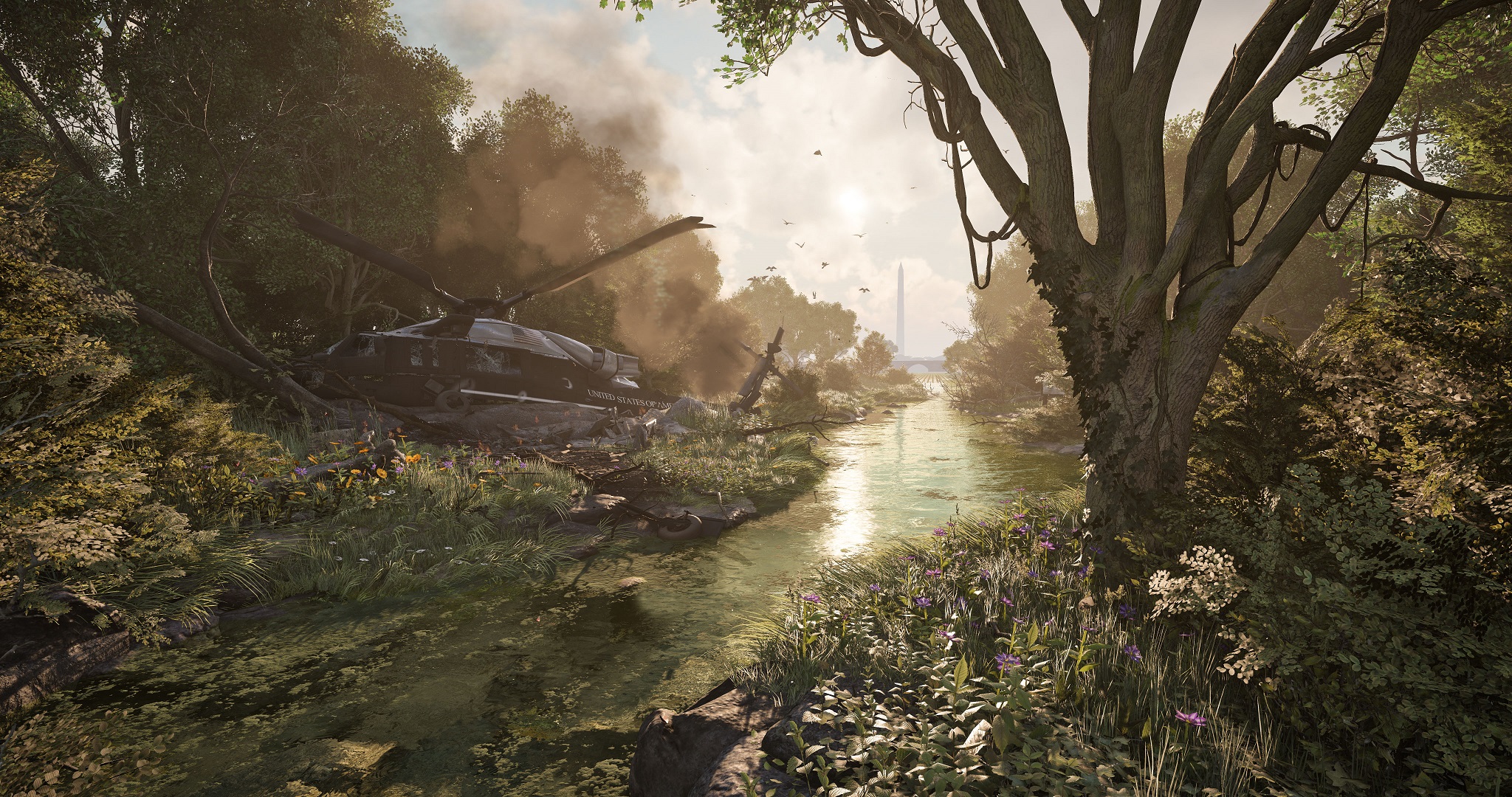 For those unaware, The Division 2 is set in Washington D.C. 7 months after the events of The Division. The containment failed and the virus has spread but, for the most part, been burned out. Now, you’re dealing with the remnants of the destruction it caused to the people, and the people are one of the major improvements to The Division 2.

NPCs in The Division were mostly just cosmetic pieces of the game or people that you received quests from. In The Division 2, Gerighty and the team wanted them to be much much more. Now they’re a living part of the world and can fend for themselves. You can call in civilians to help with missions and they can even find supplies and supply points themselves.

Along with NPC updates, the map has undergone major changes as well. Besides being in a completely new location The Division 2 now supports different biomes for lack of a better term. Gerighty says that the map is 20 percent larger than the launched map of The Division. There will be residential areas, suburban areas, commercial areas, and incredibly wide open areas. The iconic nature of D.C. will be present in the game and is completely different than the grid style of New York in the first game. 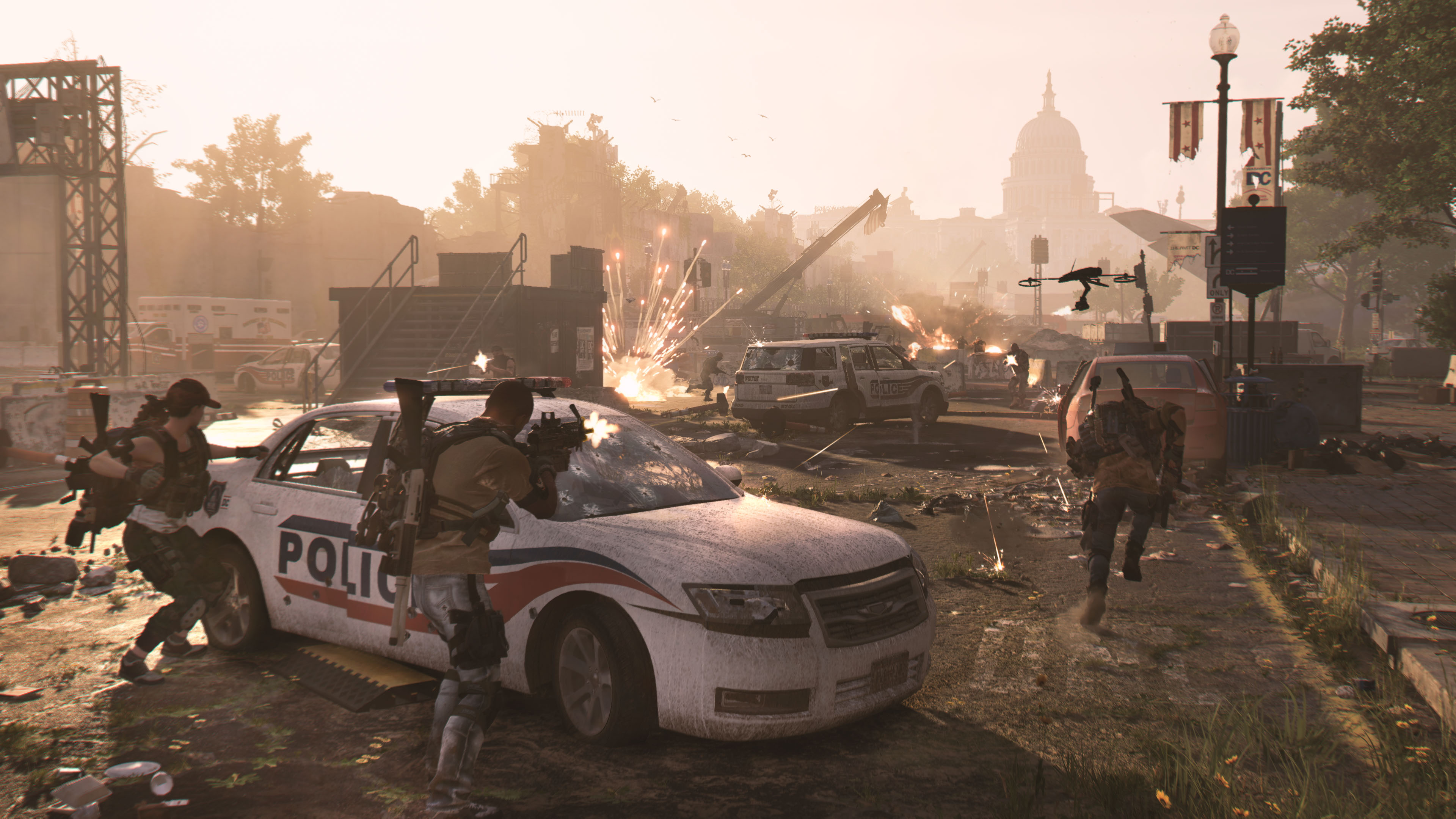 When asked specifically about the improvements from the first game to the second, Gerighty said that a lot of the improvements will not be visible to players of the game. After 2 years of post-launch work, they’ve improved a lot of the back-end things to make the game much more simple for them to control, tweak and update. Gerighty believes that this will, in turn, create a much smoother game for the players.

The relationship that they built with their community during those trying times is incredibly important to them and they want to continue that. To that end, they’ve also announced that the 3 post-launch DLCs will be completely free as a means of not segmenting the community right after launch; similar to how DLC was handled after they had issues with The Division. 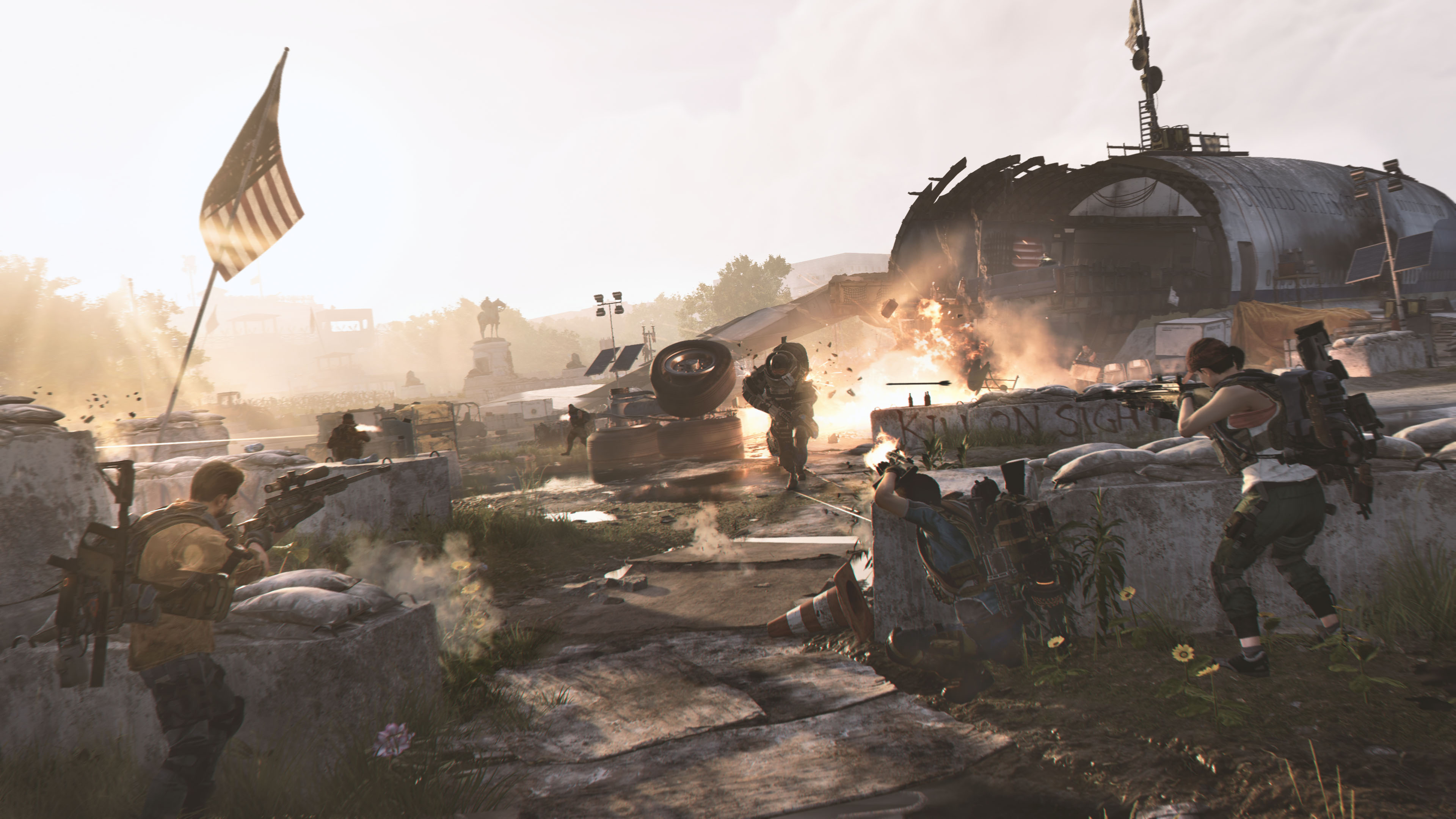 Another lesson they learned from The Division was to improve upon the end-game experience for players. According to Gerighty, end-game was the main focus of the studio going forward. Understanding that players need content that makes sense for them and feels worthwhile after they’ve finished the main story was a big part in how they’ve gone about creating The Division 2. Their philosophy behind this tactic was that 1) every activity should have a meaningful reward for you and 2) the end-game will not only be catered to hardcore players, but to everyone playing the game.

Gerighty is adamant that everything learned from The Division will be on full display in The Division 2. Along with those base improvements the team will continue to support the game for free for the first year constantly making tweaks and updates to the game to balance it out. If everything Gerighty says is true, and it sounds like he’s passionate about it, this won’t another Bungie situation where the game has taken 8 steps back. Calling it like it is, Destiny 2 essentially ignored so much from their first foray. Ubisoft and Massive Entertainment understand that with The Division 2 that would be their biggest mistake.