The Kingdom Hearts series has come quite a long way over the past sixteen years. What began as a fluke collaboration between Squaresoft and Disney is now one of Square-Enix’s most popular franchises, having grown so much that it might even be a bigger deal than Final Fantasy at this point. As momentous as the release of Final Fantasy XV was back in 2016, there’s a very good chance that it’ll be eclipsed by the industry event that the launch of Kingdom Hearts III is certain to be. The game’s trailers have done a good job of showing fans just how much work has gone into the game, but there are still plenty of unknowns surrounding it. Fortunately, Brendan Docherty, one of Square-Enix’s senior marketing managers, was on hand at E3 to provide fans with just a little more insight into the most ambitious Kingdom Hearts game yet.

As the the trailers have shown, Kingdom Hearts III is absolutely packed to the brim with new Disney Worlds and characters this time around. Every new looks Square-Enix has given fans seems to include at least one more new world. A few months ago that world was Toy Story and Monsters Inc. At this year’s E3, it was Frozen and Pirates of the Caribbean on display. New and returning worlds are always exciting news when it comes to Kingdom Hearts, but this time around their presence carries a bit more significance. Instead of just being themed spaces for Sora and co. to run around in, the worlds of Kingdom Hearts III have a direct influence over the gameplay while Sora is within their borders. 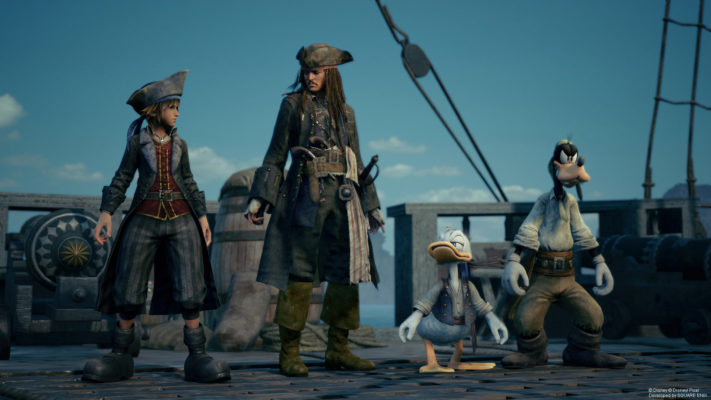 Each world offers its own unique twist to the game’s combat mechanics. In the Frozen world, players can dispatch heartless while sliding down hills of ice and snow. Toy Story puts Sora in the cockpit of a toy mech, and Pirates of the Caribbean offers a form of naval combat. Beyond that, Sora’s keyblades take on different forms and powers depending on the world he’s in. Speaking of keyblades, it seems Sora can now equip three different keyblades simultaneously and can switch between them at will. Each keyblade has its own strengths and weaknesses and will transform into entirely different weapons and forms as its used in combat. These new keyblade mechanics are of course not the only new additions coming to Kingdom Hearts III’s combat.

Summons are making their return in Kingdom Hearts III. Classic summons like Simba are back; he’s taking the form of a fiery, lion-shaped comet this time. Sora will also have new summons to call upon in times of need such as Ariel, Wreck-It Ralph and Meow Wow (a dream eater from Kingdom Hearts: Dream Drop Distance). Remy from Ratatouille might also be a summon, the extent of his and Ratatouille’s presence in Kingdom Hearts III is still unconfirmed, and it is only hinted at what that might be. A similar reaction was given when asked about Aqua’s state in the E3 trailer. 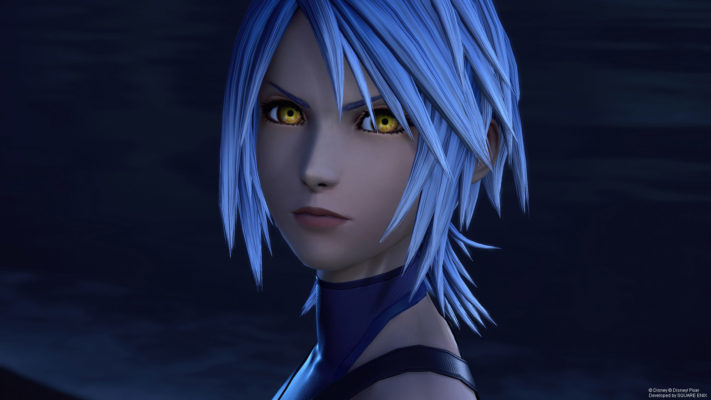 In regard to what’s remained the same in Kingdom Hearts III, the core themes are what they’ve always been: friendship and light vs. dark. It’s still Sora doing his best to defend Disney worlds from darkness and The Heartless. In regards to Final Fantasy faces, since there’s so much going on in the Kingdom Hearts story in this entry, Square Enix’s focus, first and foremost, is doing the the various characters involved justice. Unfortunately, it seems as though fans will have to wait a little while longer to see how their favorite Square Enix characters factor into things this time around.

It’s been a very long time coming, but Kingdom Hearts III is finally almost here. As is to be expected of Square-Enix’s development teams, it sounds like the team behind it has poured a staggering amount of time, energy and passion into this project, and it’s already showing in the trailers shown and the interviews given thus far. We still have a few months to go before we’ll know for sure whether or not the final product was worth it. For now though, the future of Kingdom Hearts is bright indeed, almost blindingly so.