Developer Polyarc has already released Moss on PlayStation VR back in February. Now, the team is bringing it to PC to play via Oculus Rift and HTC Vive. At E3 2018, we played a demo with Danny Bulla, Design Director for Polyarc, to see what PC hardware can do to make this captivating tale even better. Using the Oculus for the demo, the visuals are definitely sleeker. We also talked about the design details with the team and why this direction was taken for the game in terms of its play style.

If you are unfamiliar with Moss, this virtual reality titles is created like a set of a play. You control a cute mouse known as Quill who traverses and platforms across each scene. There is also a narrator that speaks to the mouse so it seems like you are playing a storybook. There are puzzles to solve using the motion controls and enemies to take down. The backdrops are breathtaking as you are brought down into the tiniest of worlds with Quill. He is also aware of the player as you can interact with him and also heal him. This is quite the different take for a VR game that is now coming to PC.

When asked Danny about the decision to bring the game to PC and he was keen on wanting to make sure everyone that wanted to experience this could in fact do that. “From early on, it was our goal to get it to as many players as we can. VR is a small market right now, so everyone that wants to play the game can get a chance to. That was our goal from the get-go. We’re a small team of maybe fifteen people and this is our first game so we dedicated our energy towards PSVR first and then we started going towards PC and getting a physical copy out.” 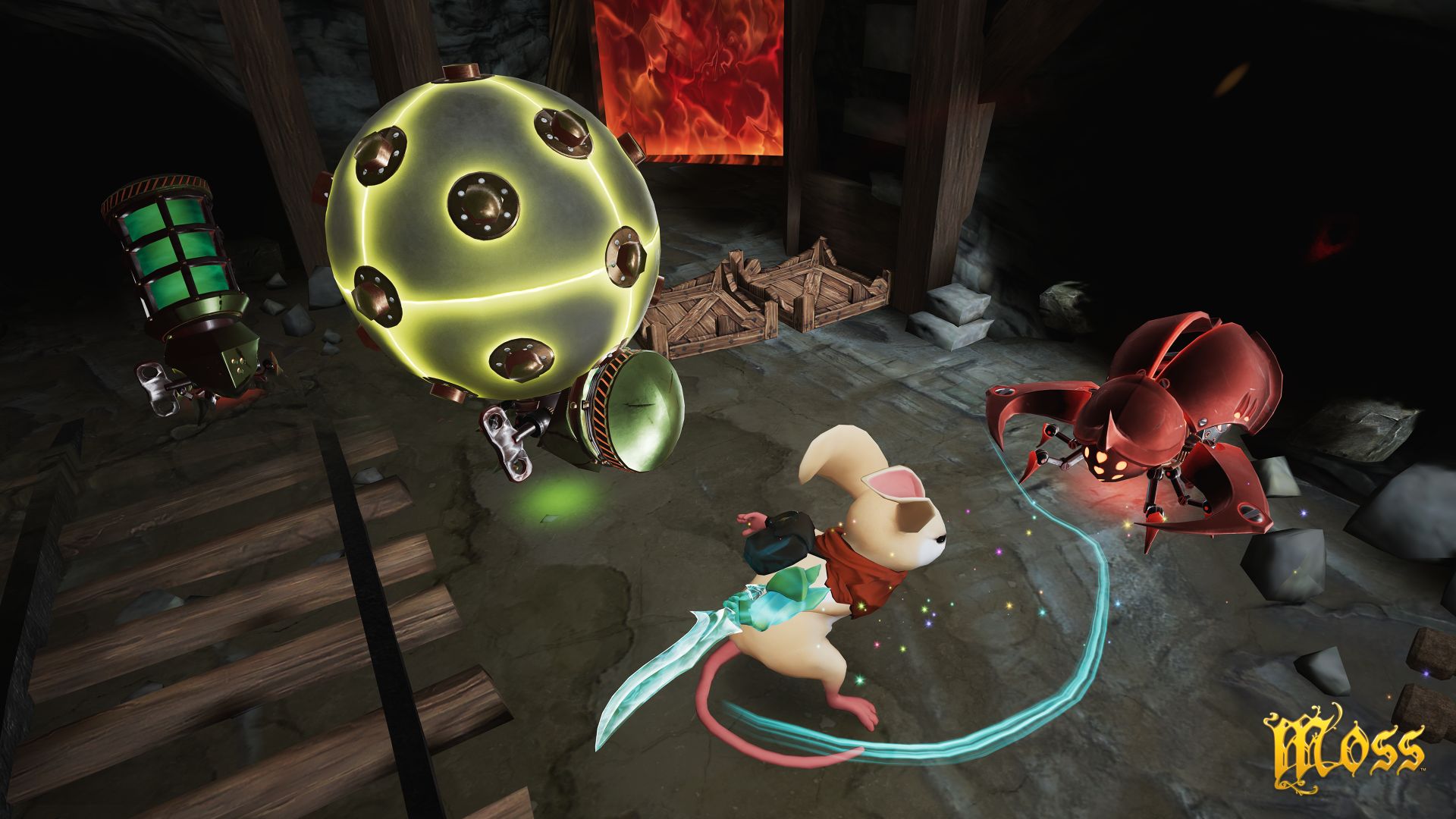 It is known that the PSVR is hindered by its hardware in comparison to virtual reality on PC hardware. We asked Danny about the improvements to the visual fidelity on PC for Moss. “There’s a good amount but the PSVR does a really good job but is constrained by some limitations of the hardware. So when we came out for PC, we had time to optimize it more. The PS4 Pro got an improvement in a patch, as well. On PC, you can choose between low, medium, and high settings. We default it to low, but low still looks really good and is equivalent to PS4. Overall, we increased the draw distance on higher settings and a stronger bank of the lighting. Small tweaks that add up to a bigger improvement.”

Most virtual reality games are focused on a first person perspective. This type of game is definitely different and in an amazing way. One could certainly consider this art. Danny discussed the creative direction that the team took with Moss. “We call it a stage play sometimes and take a lot of nods from theater. That is a major inspiration. The core of the game design came from our excitement of interacting physically. The cool things about VR is being immersed but physical interaction and moving objects is something that you can’t do in traditional gaming right now. That’s kind of how we started on this premise and it grew from there.” 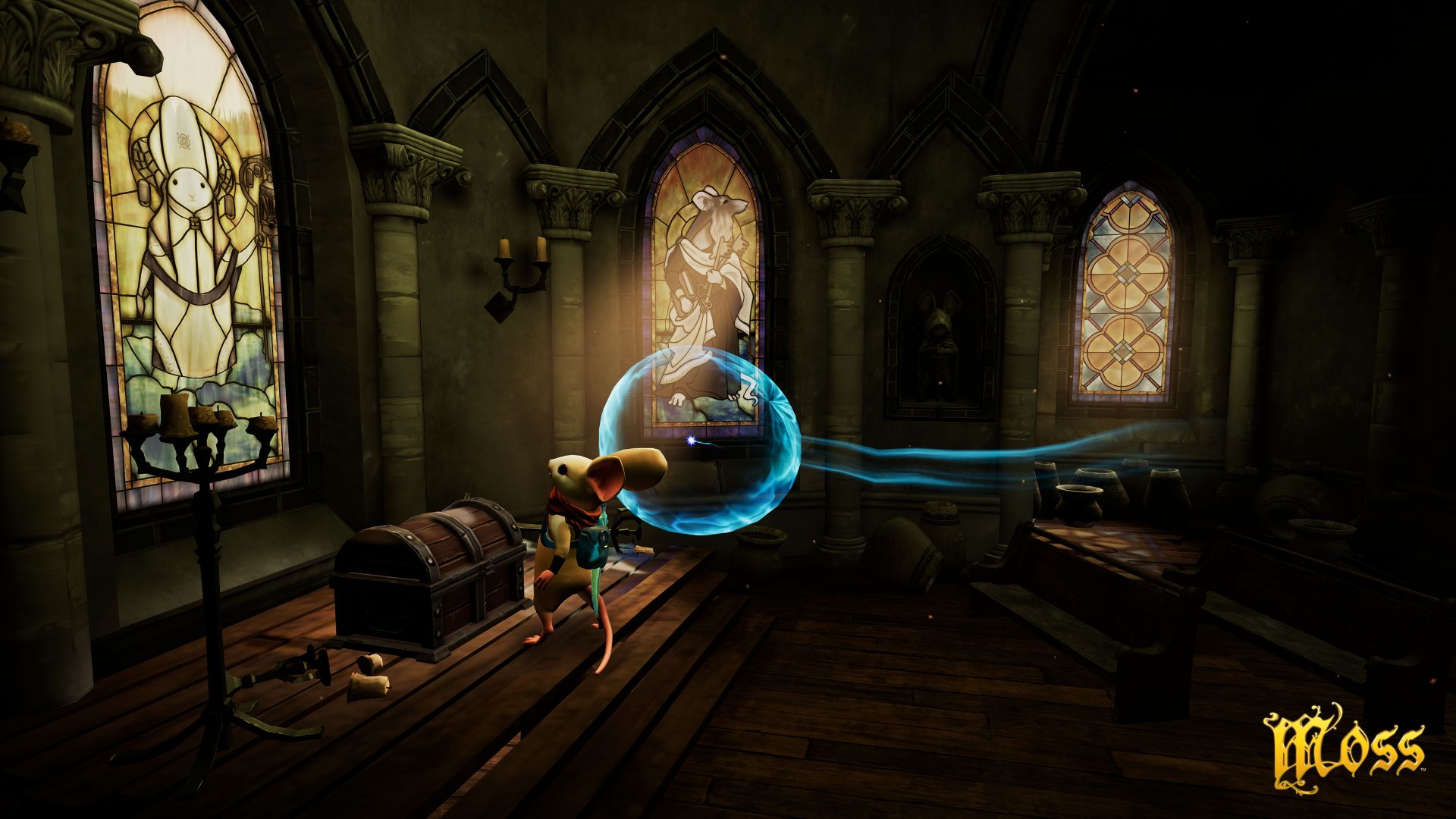 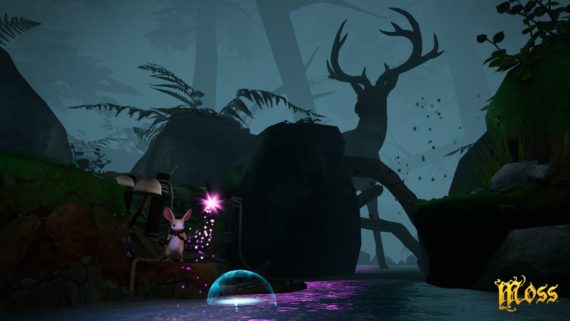 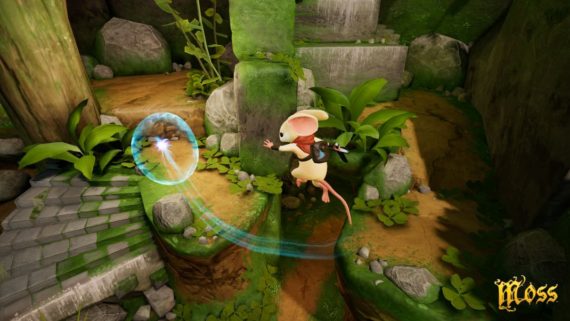 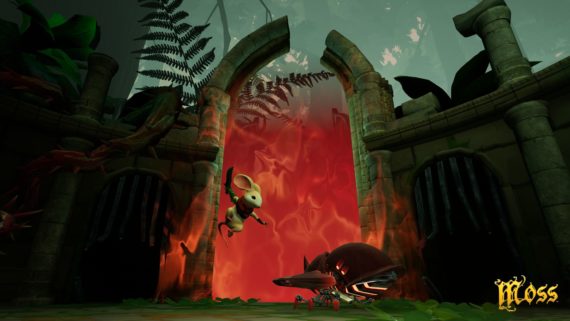 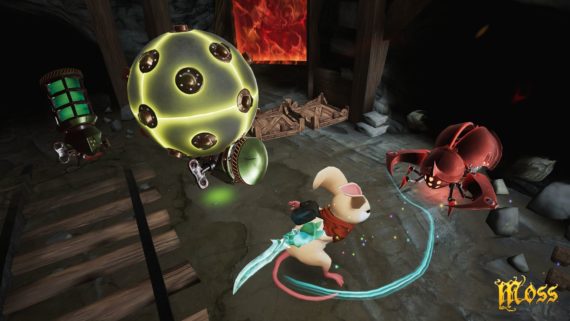 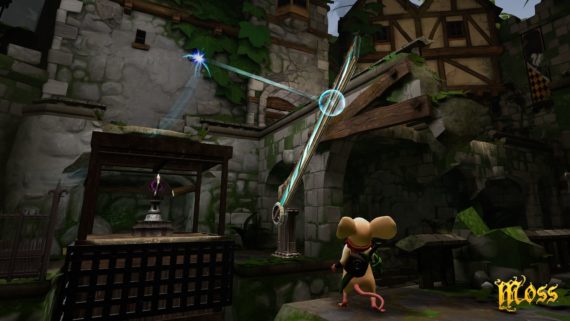 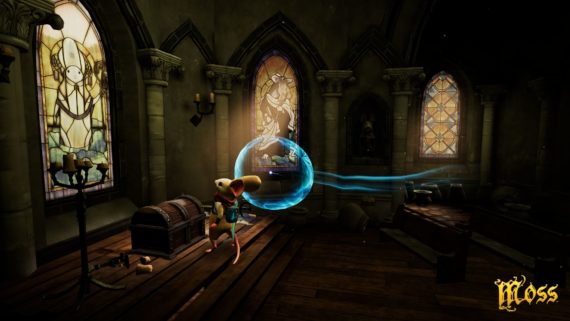