Intuitive VR games are the ones that stick out the most. Survios is currently working on a virtual reality boxing game that pushes the technology further with Creed: Rise to Glory. Yes, the movie Creed from the Rocky Universe. Survios also partnered with MGM studios to bring a face to the name for its new and innovative VR boxing franchise. Using motion controls and the PlayStation VR, the game is built around a physical entity and a virtual entity that tie together. The science behind the design makes you feel like you’re truly in the ring with an opponent.

At E3 2018, we were able to train and put on the gloves in a demo for Creed: Rise to Glory. We also sat down with Kim Marlis, Game Producer for Survios. Our time in the ring showcased being able to punch and block with no button presses. The game can sense the velocity of the punch and deal the appropriate damage for each one thrown. The game does incorporate stamina and this is indicated with a color change with the boxing gloves. You go through a training session with Sylvester Stallone as Rocky. Body shots and face punches are all accounted for.

The real dynamic comes from the separate entities in the ring. Known as Phantom Melee Technology, your hands from your “spirit” need to match up with the physical body. Whenever you get knocked hard, you have to bring yourself back and match the controllers to the hands on the screen. If you are knocked down, you must hold the two face pads on the motion controllers and simulate running back to your body. Each punch landed provides feedback as the VR further tricks your brain into thinking you are truly hitting something. 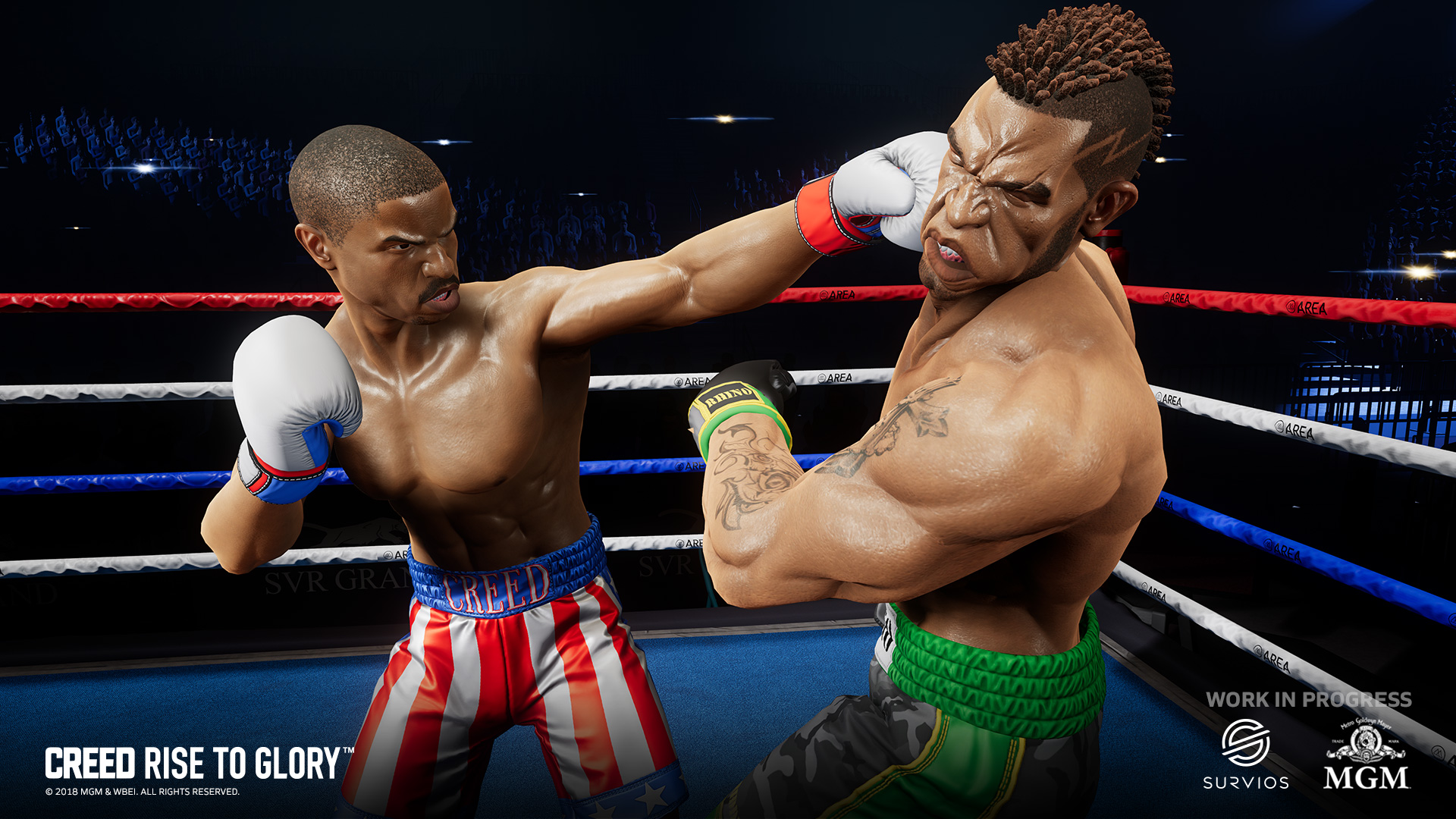 Kim Marlis went more into the specifics of the Phantom Melee Technology. “We dubbed it that name. You have two avatars. Your one-to-one being your hand and your animated glove. Your one-to-one hand, you’re always throwing punches and your actual avatar gloves are going to get tired like in an actual boxing match. You have to rest and you have to block. Doing that actually tricks the brain. If you think about it, if there’s nothing to punch in front of you physically, you’re just going to keep swinging. But seeing your detached hand actually tricks your brain after a couple punches that you know where you need to stop. That coupled with the tactics actually makes you feel like you’re punching something and it’s really cool.” In speaking with Kim about collaborating with MGM Studios on the game, she mentioned it wasn’t Survios that reached out. “They approached us,” she said. “They saw how successful we were with Raw Data and Sprint Vector in trying to fix some of the issues with VR such as motion sickness, which we successfully figured out on those games. MGM wanted us to figure out how to make the boxing experience feel visceral and important and not like you’re just slap fighting and not hitting anything. We actually figured out how to do it.”

Having the Creed license will mean there will be content from the Rocky series in the game, but the focus is mainly on the Creed movie. Kim broke this down for us. “For the full release, it will feature a career mode that focuses on Adonis’ rise through Creed 1 and Creed 2. There will be some fights you will recognize and some you won’t. For instance, in the movie there are fights in Mexico that they hint at in the movie, but don’t show much. So we expanded upon that. We are trying to give as much replayability as possible. So once you complete career mode, you unlock exhibition mode. It unlocks all opponents and arenas. That is included with mini games and montages. We have access to all of Creed and specific things from Rocky. For example, PSVR is getting access to an exclusive character, Rocky from the first movie, but this is absolutely a Creed game. We understand that the Creed Universe is the Rocky Universe, this will be a Creed game.” 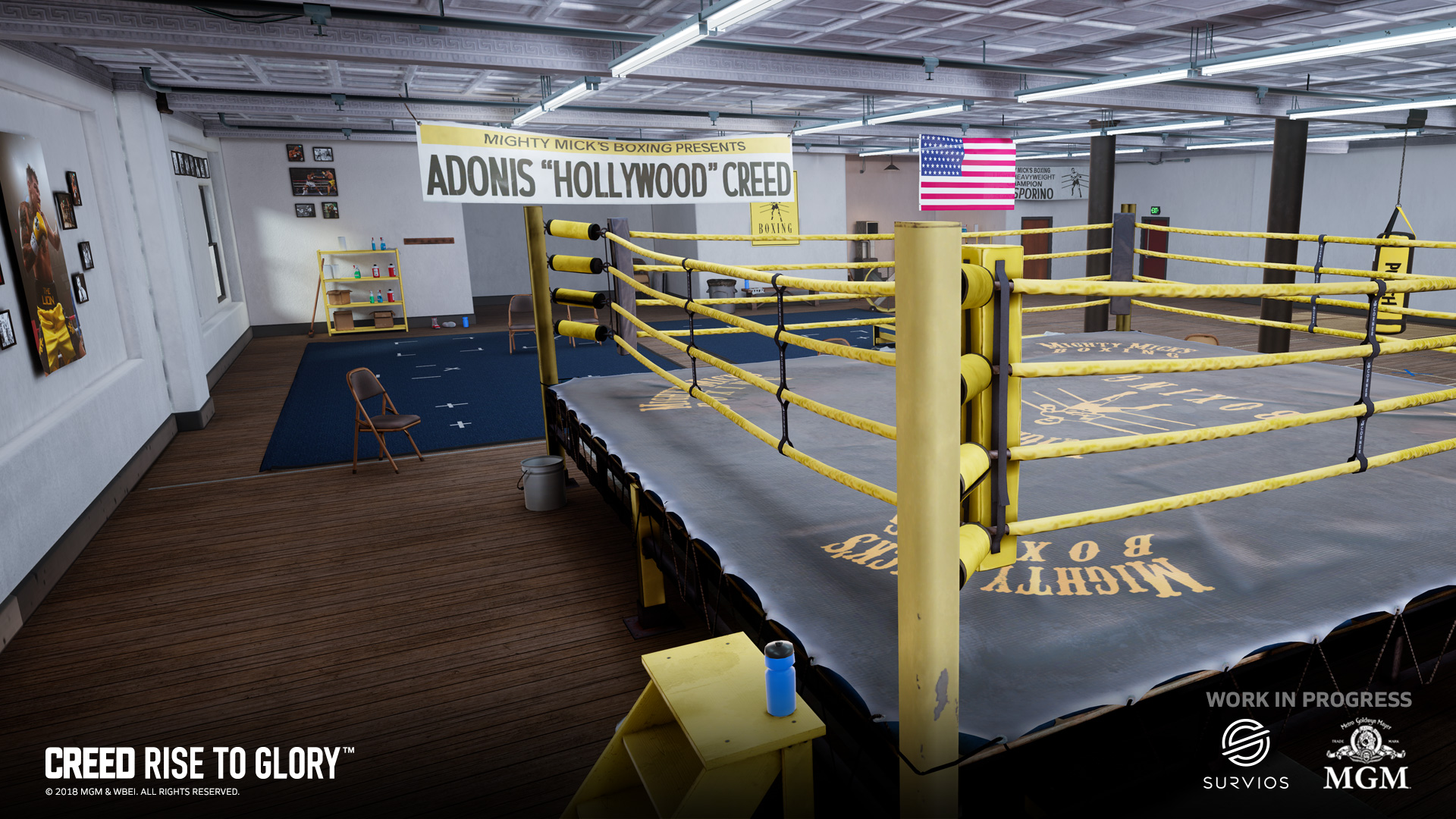 With a focus on replayability, Creed: Rise to Glory could easily evolve into a fitness game. The team at Survios did say that this is not a boxing simulator, but boxing helps get you in shape and that will be possible with this game. The team has experience doing this with prior games and it looks like MGM might have snagged the right studio to accomplish what its vision was for a boxing game. Check out some of the screenshots below. 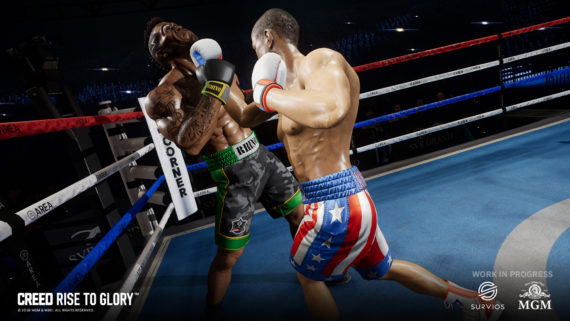 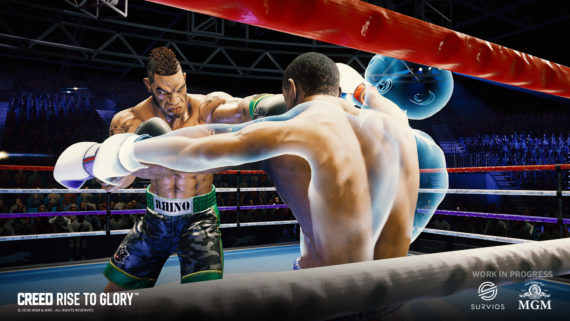 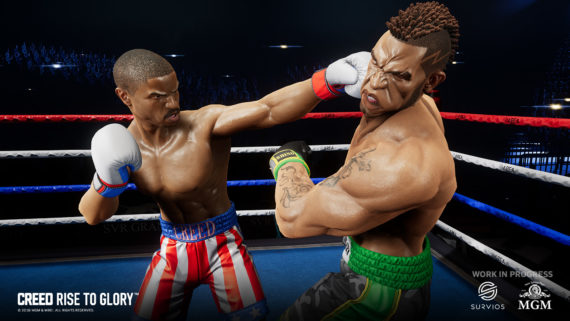 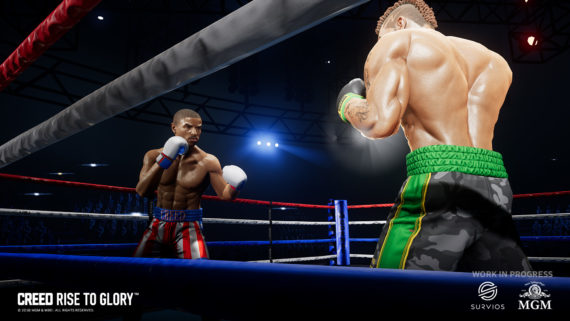 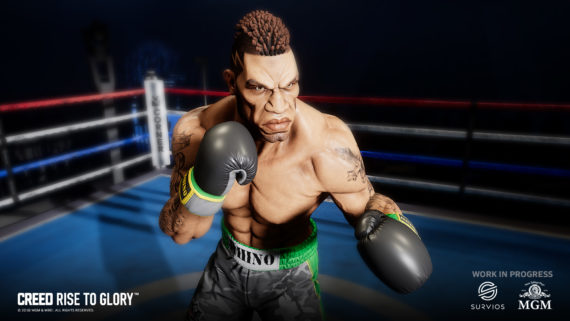 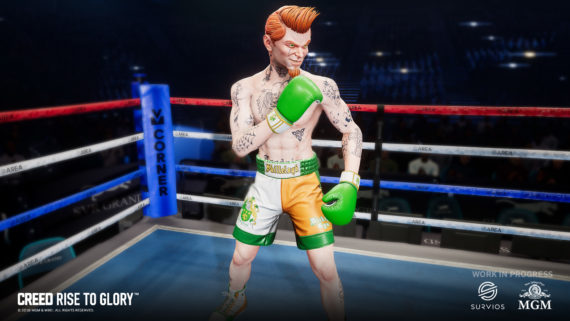