When Squanch Games revealed their teaser for Trover Saves the Universe, the reaction was near unanimous: “What is this thing? I mean, we can tell it comes from one of the Rick & Morty creators; they said so in the video. But what in the tap dancing %^&* IS IT?” The answer to that question is almost simple. It’s a 3D platformer in the vein of Mario 64 that is playable in VR or on screen through an intelligently-designed system for controlling the camera. The “almost” qualifier is because this formula is then poured through the cheesecloth that is Justin Roiland’s imagination, yielding a concoction that is delightfully bizarre.

In Trover Saves the Universe, the player controls a dude whose puppies have been kidnapped. Well, a little more than kidnapped as they now occupy the eye sockets of the villain for the powers that they bestow. In this world, certain denizens are able to plug other creatures into their own anatomy in a quest for self improvement. The titular Trover is one such being, and agrees to help the player rescue his puppies not out of altruism, but because Trover could get something for himself out of the ordeal. It’s almost overly capacious in its oddness. Those who can relax and let it wash over them are going to have a fantastic time, this writer included. 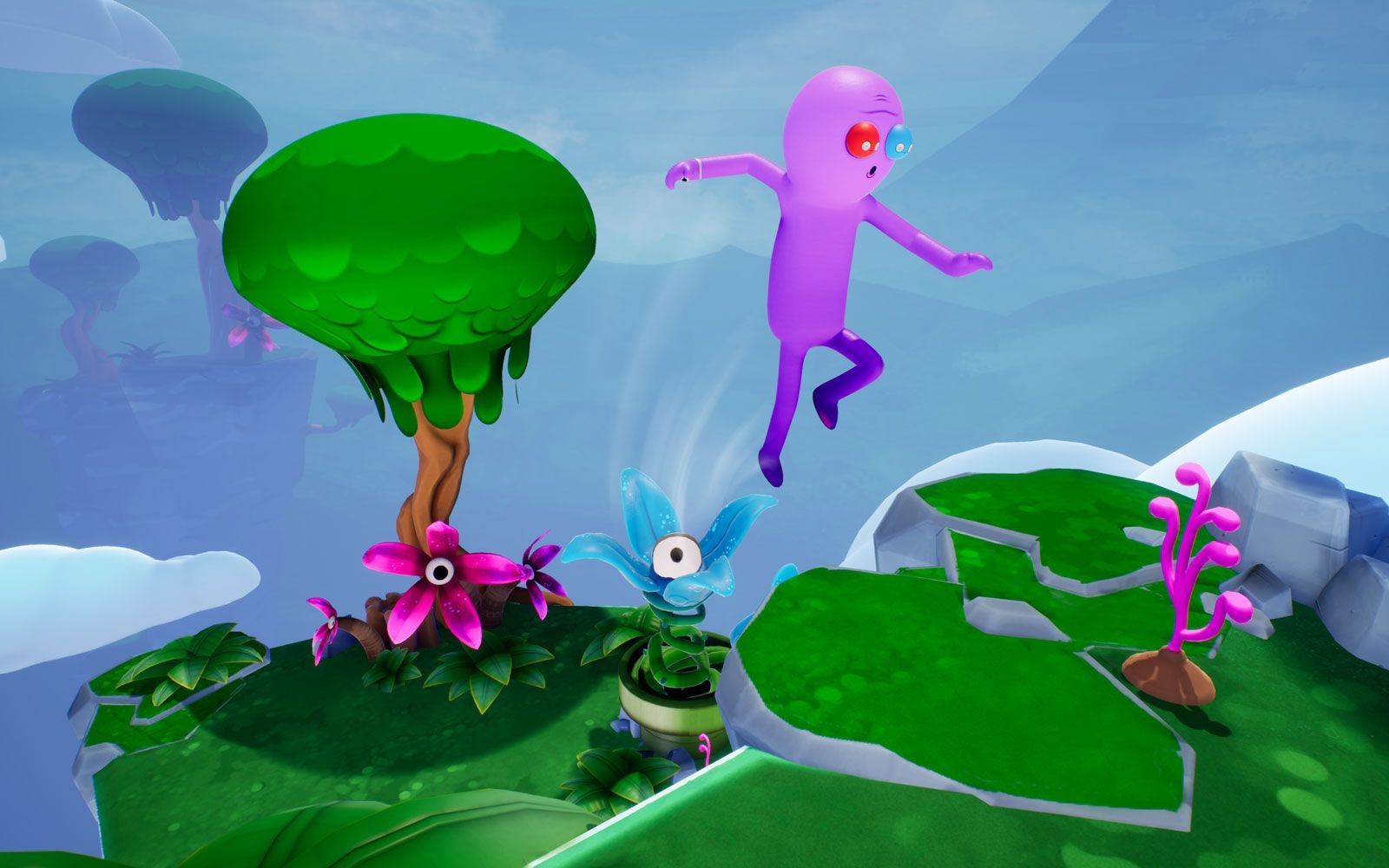 The interface is one such item that seems outré at first but makes perfect sense in practice. In essence, the player is controlling two people at once. First, there is the player themselves sitting in a hovering, teleporting chair wielding a stylized DualShock 4. There are objects that require the player to interact with directly and puzzles to be solved via environmental observation. This is all done with a couple of buttons, with the developers making certain not to over complicate the interface. The player also controls Trover directly, with the ability to hop around, swing a weapon, and basically handle the business end of things. Moving forward means navigating Trover to a teleportation point, and pressing a button to warp there. This might seem confusing on paper, but it works great in practice. Unless the game calls for it, there is never any issue with seeing where to go next. Jumps and action placed in such a way that judging distance is easy. It’s a smart way to do this type of game in virtual reality and Squanch Games should be commended for handling it right.

As far as the tone of the game itself, lets just say that fans of Rick & Morty should find themselves right at home. Shortly after starting the game, the protagonists run across this bee thing requesting help getting his home back. After being informed that we have our own problems, the bee thing persists, and persists, and persists, babbling nonsensically. I decide to attack it. It flew out of reach, taunting us. Trying to move away will result in the thing following, constantly staying in view. Come to think of it, I have a coworker exactly like him. (Goofus…) Eventually, we find ourselves in a situation that we cannot surpass. The bee knows how, revealing himself to be named Mr. Pop Up. This is also when we learn that our goals might not be mutually exclusive. Mr. Pop Up helps by sharing his power to pop up with the the player. This sharing process involves being spit on, naturally, much to the dismay of Trover and, frankly, the recipient. 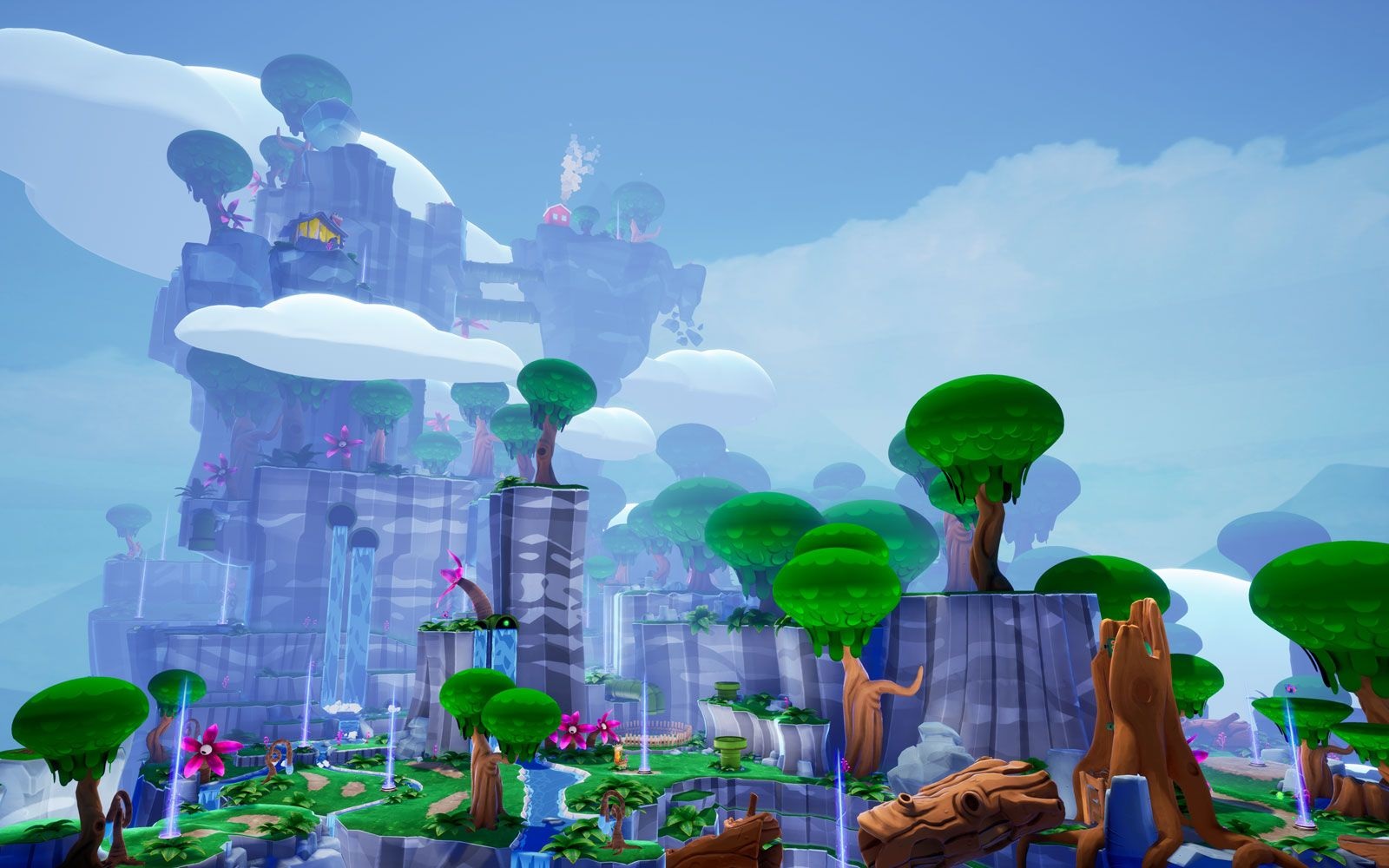 This humor comes across in the puzzle design, too. The developers aren’t afraid to pull the rug out from under the player. The stand out example would be a pair of button puzzles to open a lock. The first one is quite simple, needing at most, a few presses to figure out and solve. The next one, though, is a brainstumper. There’s obviously a pattern, but there are just so many options and permutations of combinations that it didn’t seem to be possible to do blind. I scanned the horizon, inspecting the environment for clues until I heard Trover exclaiming that the whole thing sucked and I should just come down. He busts through the door with his sword and we were on our way. Here, I was treated to a view of the rest of the level. It was huge, somewhat larger than a normal Mario 64 stage and brimming with more adventures. This was just the first.

After I took the headset off, I did ask if that button puzzle was able to be completed. It was not, but they have already had more than their fair share of stubborn games journalists refuse to give up, despite the game trying to state otherwise. This fact alone has me crushing hard on Trover Saves the Universe. 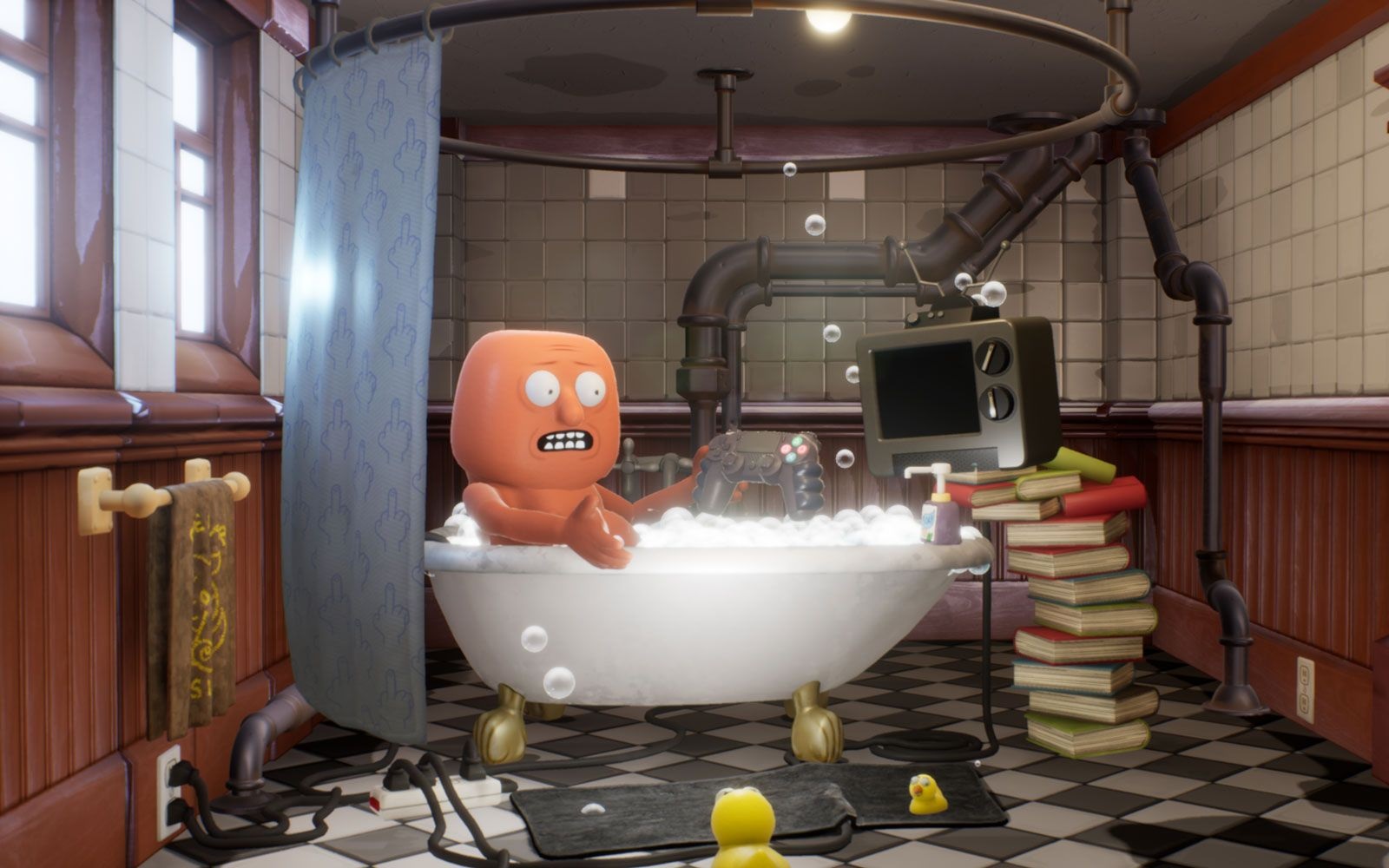 Truthfully and objectively, these scenarios, the dialogue, and humor just shouldn’t work. It sounds like something designed specifically to get under the player’s skin on paper. In practice, the atmosphere and Justin Roiland’s enthusiastic performance sells the material. One can tell he’s having great time doing this and it translates to an uproarious time for the player. My play time had me grinning ear to ear. With a release currently planned for early next year, it seems likely that many people will feel the same way.