XCOM has become a popular reference point for bringing together strange game settings. Last year we had the surprise Mario + Rabbids Kingdom Battle which was not only surprising in the bizarre concept, but also in how good it actually is. Not to be outdone by that Italian plumber, this year we have the Swedish developers The Bearded Ladies bringing us another peculiar looking XCOM-inspired title called Mutant Year Zero: Road to Eden. Going simply by the images of an anthropomorphic duck and warthog brandishing weapons one could be forgiven for thinking this is what would happen if Teenage Mutant Ninja Turtles and Fallout did a crossover, but there is more to it that simply that, though it’s doubtful anyone would be opposed to such a crossover.

To provide some context, Mutant Year Zero: Road to Eden is based on the Swedish table top role playing game Mutant. The game originated in 1984, and like some other popular tabletop role playing games has gone through several changes and evolutions. The gist of Mutant is that it takes places following some catastrophic event. As a result of this, the world is in a state of violent disarray and is populated by mutants, mutated animals, robots and some humans who managed to avoid becoming mutated.

In the demo at E3 there was a party of three characters named Dux, Bormin and Selma. Judging by the names it’s pretty obvious which character is the duck, which one is the boar and which one looks like a human. These three are in search of a rumored safe haven referred to as Eden, though it’s existence is currently up for debate. Part of the game has the characters exploring the environment, searching for supplies while trying to reach their destination without attracting the attention of hostile individuals. The player can switch between any of the three characters on a whim and spread them out strategically, hiding them in a secluded location where they may be useful when battle commences. 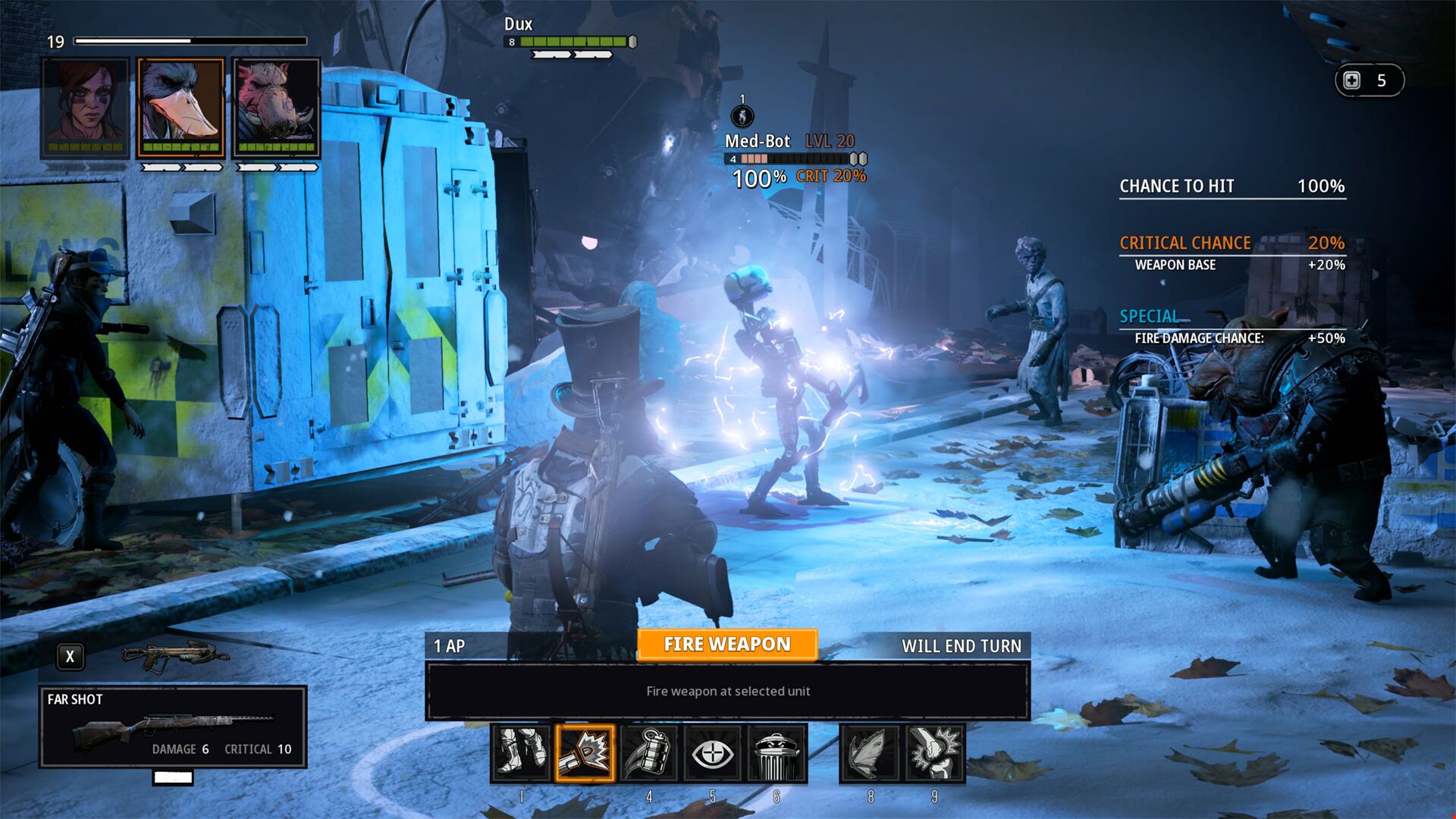 Fighting in Mutant Year Zero: Road to Eden is turn based tactical combat, but chances are you figured that out from the XCOM comparison. Battle can be initiated by the player through staging an ambush or the enemy may trigger it and get the jump on you if they happen to see the player characters first. Ambushing can give the advantage of offering first strike, and if done stealthily could pick off enemies without alerting the greater enemy force. Throwing a grenade at a wandering enemy or two is not going to get the party started without alerting every enemy in a mile radius, learn from my mistake.

Battle plays out pretty much how it would be expected. The player takes a turn with their characters and then the enemies all get to act. Each character has limited action points per turn so the player needs to think about where to move them to, when should they reload, do they need to heal themselves or another party member or should the turn be devoted to attack or simply gaining a better position for the next round. Figuring out a good combat strategy is essentially for success in Mutant Year Zero: Road to Eden, and the challenge level is there where doing so is fun but not frustrating. 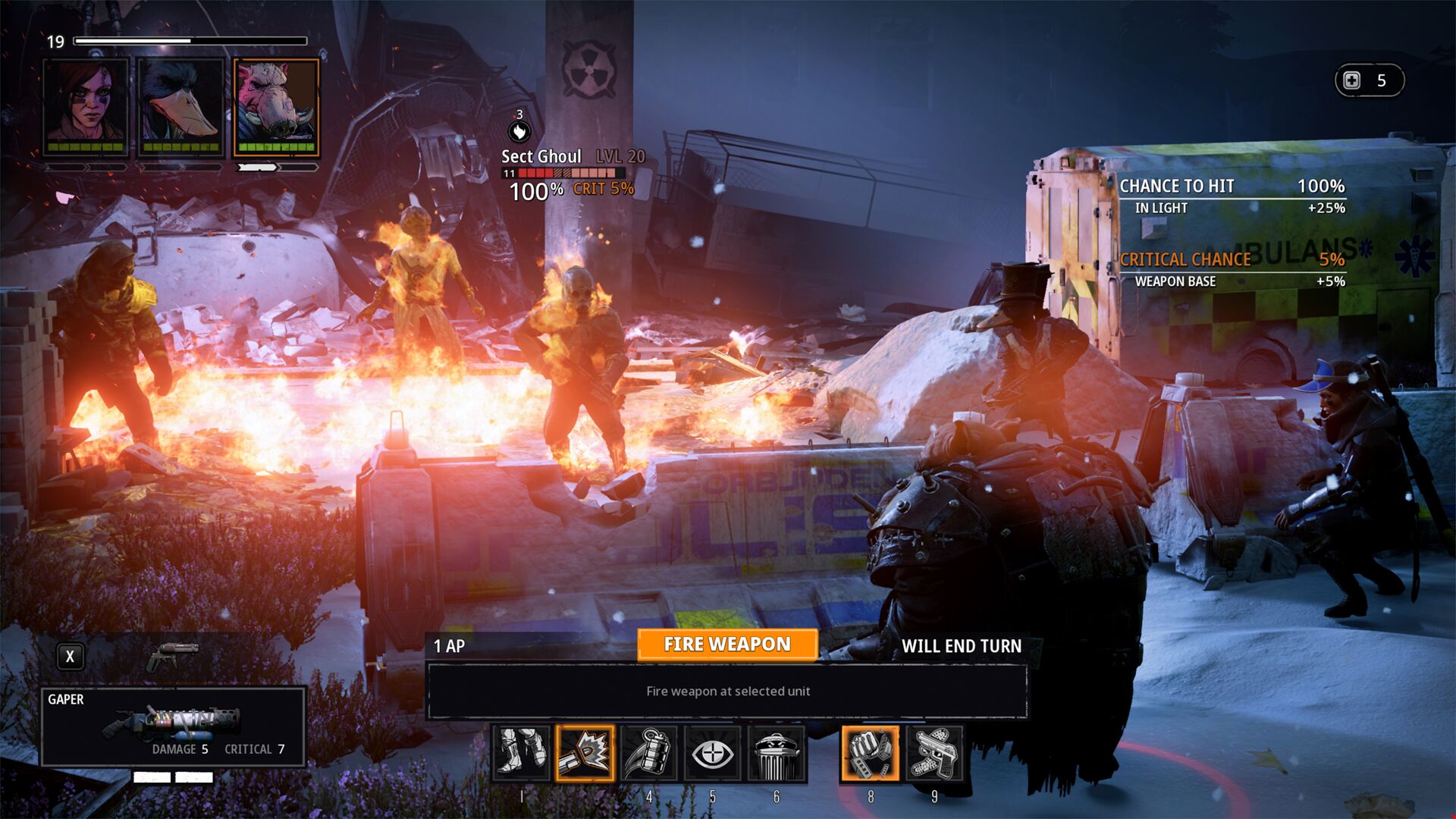 Mutant Year Zero: Road to Eden has potential to be a sleeper hit among fans of tactical games. Most importantly, the combat requires deep strategy and the overall tone creates a great atmosphere for this sort of game. The anthropomorphic characters help make this title stand out and the well constructed gameplay make it worth sticking around after that novelty wears off. The post apocalyptic setting is always strangely enjoyable, providing an uneven use of technology where humanoid robots are present but battles are fought with more primitive weapons like shotguns and crossbows. No release date is currently announced outside of 2018, and Mutant Year Zero: Road to Eden will be out on PC, PlayStation 4 and Xbox One.