Soulcalibur has been around since the days of the Dreamcast and technically longer if you count Soul Edge as part of the series. The series has gone through several changes as the battle between the Soul Edge and Soul Calibur progressed through the stage of history. There have been cool guest characters and different approaches to gameplay modes such as the Chronicles of Sword or Tower of Lost Souls. Some of these changes modes are more fondly remembered than others, but that’s usually the case whenever some long running franchise tries to find a balance between not releasing the exact same game multiple times while trying to move the series forward in a way that remains relevant to the long-term fans.

Soulcalibur VI is moving back in order to go forward. Taking place in the 16th century, Soulcalibur VI is a retelling of the story that began with the first two entries in the franchise. That part of the saga is one that fans of Soulcalibur are familiar with but the twist comes with the changing perspective. The main story now revolves around Kilik. Cursed by the evil weapon Soul Edge, Kilik must venture out into the world to free himself from the curse while purging the world of all evil.

Kilik is the protagonist of the main story, but it has been hinted that each individual character will have their own fully developed story chronicled in the game’s story mode, though the details surrounding what will be included in this mode are shrouded in mystery at the current time. In line with retelling the story of Soulcalibur, one of the main goals with Soulcalibur VI is to combine the best gameplay elements of the previous entries. The 8-way run system that was introduced in the original Soulcalibur will be makings its return along with the Critical Edge system. Of course, simply making the gameplay a best of compilation without any new material wouldn’t get anyone excited so there are also a few new battle mechanics being introduced. 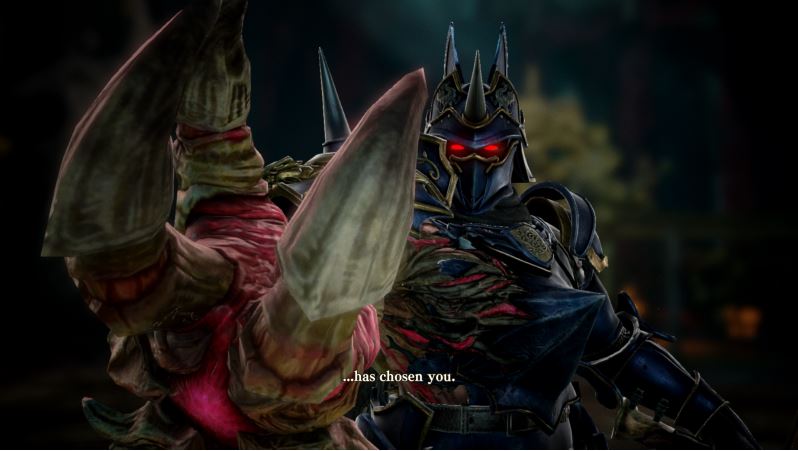 The Reversal Edge is a new mechanic designed to even the odds between new comers and seasoned warriors. This system functions as a slow motion game of rock paper scissors, and the success in this depends more on the player’s ability to read their opponent’s mind than memorizing the character’s moveset. Characters will be able to charge themselves up through the use of these special mechanics and temporarily take on a more demonic appearance and issues armor breaking lethal hits.

Only a portion of the character roster in Soulcalibur VI has been revealed but we know there is going to be a mix of returning and new fighters in the mix. In keeping with tradition, the announced guest character is none other than Geralt of Rivia, best known from The Witcher series of books and games. Geralt seems like a good fit for Soulcalibur since his appearance already looks comparable to the warriors on the stage of history. Geralt will be equipped with both his silver and steel sword along with his more mystical witcher powers, which seems like it would be just at home in slightly supernatural world of Soulcalibur. 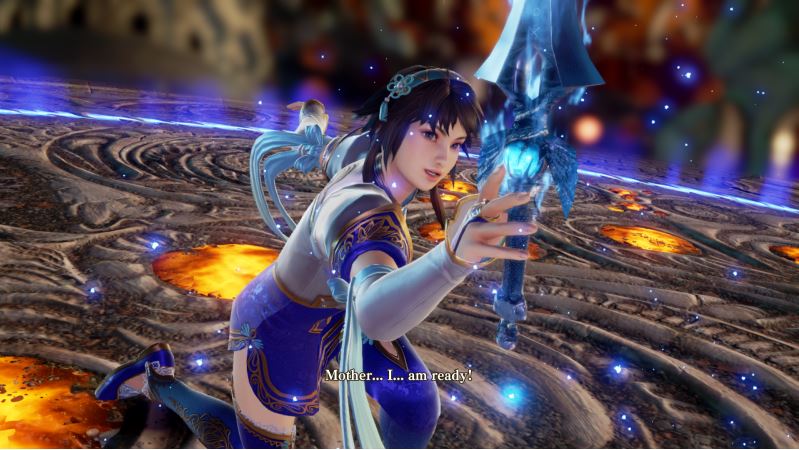 The basic controls of Soulcalibur VI should feel familiar to veterans of the series though they have been streamlined in order to make chaining together combos a bit easier. Soulcalibur VI is being designed with the Unreal 4 engine to ensure it will be the best looking game possible and run at 60 FPS on all platforms. Soulcalibur VI currently has a target release date of October 19 and will be available for PC, PlayStation 4 and Xbox One.