Square Enix and Crystal Dynamics successfully rebooted the Tomb Raider franchise in 2013 and would go on to deliver a stellar sequel with Rise of the Tomb Raider. Crystal Dynamics, however, has been moved off the franchise to work on the still unrevealed Avengers Project. While they work on that, development duties for Tomb Raider have fallen to Eidos Montreal (Thief, Deus Ex) who are forging ahead with Shadow of the Tomb Raider. We had a chance to see and go hands-on with Lara Croft’s latest adventure to see how Eidos Montreal is handling the third entry in the reboot series.

The demo began with a hands-off walkthrough of Paititi, Shadow of the Tomb Raider’s hub world. Residing in the Mesoamerican jungles, this settlement has been mostly untouched by modern society and serves as a place for Lara to let loose and show a range of emotions. 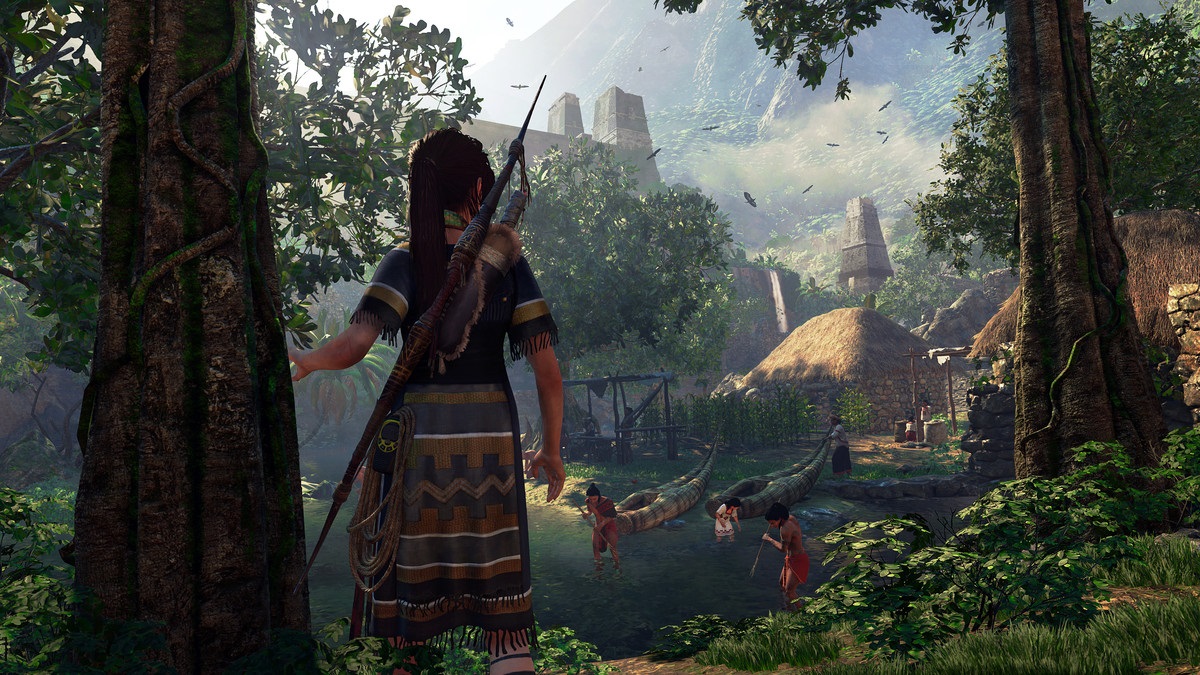 According to Eidos Montreal, Paititi is the franchise’s largest hub area to date and is stuffed with content for players to pursue. Lara can talk with the locals, acquire side missions, trade and sell items, and interact with objects in the environment. Stepping outside the town, Lara can discover hidden tombs and other secret areas.

Tomb Raider and Rise of the Tomb Raider had a nasty habit of taking themselves too seriously, something Shadow of the Tomb Raider’s story also seems to share. Dark and broody without any levity ended up damaging the narrative of the previous games as it never gave the characters a chance to develop. Two games in, we still haven’t seen a side of Lara that isn’t about killing, getting tossed around like a quarter tumbling in a dryer, or brooding over some slight to her family or friends. With Paititi, Shadow of the Tomb Raider finally has a chance to add that levity and inject some character in Lara’s hardened persona.

From here, we got to play a section from the beginning of the game. Lara has tracked Trinity to Latin America in search of an ancient Mayan relic believed to hold power to reshape the world. The Tomb Raider games have always been lookers, and Shadow of the Tomb Raider is no exception. Played on a high-performance PC with Nvidia’s latest graphics cards, the game does look quite excellent in 4K. 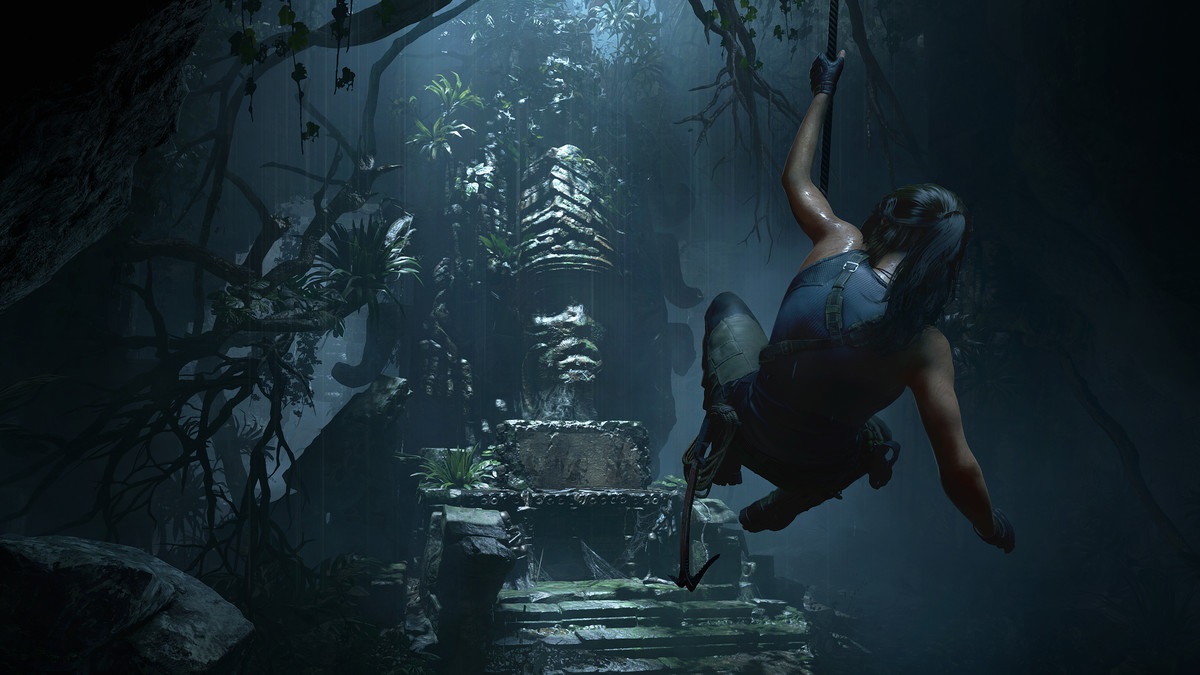 The beginning portion of the demo focused on solving puzzles and underwater traversal. If you’ve played the previous titles, then you know what type of puzzles you’ll experience in Shadow. From quick jumps across platforms to playing with rope tethers, it’s all typical Tomb Raider stuff. Finally, Lara was able to nab the treasure, a fancy looking dagger that appeared to set off an earthquake when removed.

The focus then shifted to combat as Lara attempted to escape the ruins and make it back to her friend, Jonah. Eidos Montreal has worked hard to give Lara more stealth-based abilities to make her feel like a dangerous predator. In the demo, Lara was able to hide up against walls covered with vines, leap out at her opponents for a stealth kill, and then hide the bodies in the greenery. Other stealth abilities hinted at in the trailer, including fear darts and mud camouflage, were not available in the demo. Stealth was always a strength in the previous titles, and it’s nice to see it further expanded upon in Shadow of the Tomb Raider. 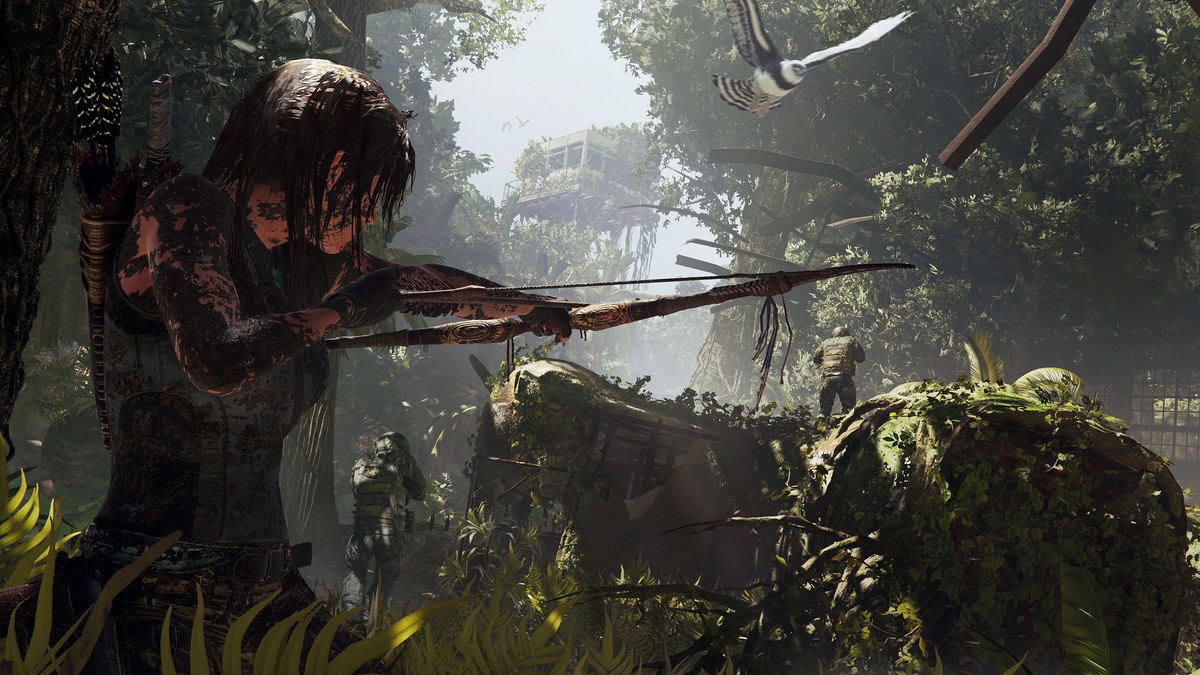 Gun combat, on the other hand, has always been the weakest element, and it doesn’t look like Shadow of the Tomb Raider is fixing that. The shooting remains fast and loose, and the auto-cover system lacks the accuracy of a dedicated cover system. Firefights take place in arenas that feel like they’d been over-designed for combat. The stages feel like they’ve been manipulated to provide Lara with plenty of cover to duck behind. No arena during the demo ever gave us the feeling that the combat areas could have been natural occurrences. Playing with guns in Shadow of the Tomb Raider just doesn’t feel like a natural part of the game, and the gap in quality between firefights and stealth and puzzles only seems to be widening with each entry. In an age where we get excellent third-person shooters, Shadow of the Tomb Raider stands out, and not in a good way.

Shadow of the Tomb Raider is said to be the darkest entry in the franchise and Eidos Montreal appears to be living up to Crystal Dynamics’ previous work, both good and bad. They’ve done an excellent job expanding the stealth-based options, which is their area of expertise and putting together a gorgeous game. Puzzles, while fun, feel too similar to what has come before, but the combat feels as if it’s been barely touched at all. We live in an age of excellent third-person action games that it is weird to play a game that plays it so safe with the same old puzzles and firefights. Hopefully, we’ll see some additional variety and risks in the full game when it launches.

Shadow of the Tomb Raider is out September 14 on PS4, Xbox One and PC.