FIFA is the premiere soccer game in the world and the premiere soccer game deserves the premier league. Champions will rise in FIFA 19 with the inclusion of the UEFA Champions League. There’s no higher level in club football than the UEFA Champions League. The game will also include a variety of tournament experiences that include the Europa League and Super Cup. The new commentary team of Derek Rae and Lee Dixon will bring UEFA Champions League Matches to life. We sat down with Andrei Lăzărescu, Supervising Producer for FIFA, and Matthew Prior, Creative Director for FIFA, at E3 2018 to talk about the direction of the game and how the Switch version is coming along.

With getting the UEFA Champions League, this is a rather large accomplishment for the franchise. We asked Prior what having the license means for FIFA. “Yeah, it’s huge and obviously represents the pinnacle of club football,” said Prior. “It’s a hugely important license in the real world of football. We pride our self in authenticity and real life experiences. It’s great to have it back. We had it a good number of years ago so we are now bringing it back. It’s one of the most asked for features from the community. We want to give our community what they want. When we brought it back, we wanted to bring it back throughout the game. In respect to what type of player you are, you will get that Champions League experience. We also have it in the Journey, which is Alex Hunter’s final installment of his trilogy. Career Mode will also be the most authentic experience, as well.”

With something as big as the UEFA Champions League, it’s important to capture that atmosphere. We also asked Prior about how the team implemented this into the game. “It’s hugely important. The UEFA guys do an incredible job with capturing a very unique atmosphere with the game. You know, the night time games and the kickoff. It has that very different and very cool feel so we brought all that back in for the authentic experience. What’s actually cool is they are changing their branding. It’s been the previous branding for about ten years and obviously it did well and lasted that long, but they’re now revamping it so we brought that new broadcast into the game. We also brought a new commentary into the game so we capture the visual experience and the audio experience to make the Champions matches that much more special. We worked with Hans Zimmer to bring in the anthems. It’s hugely important.” 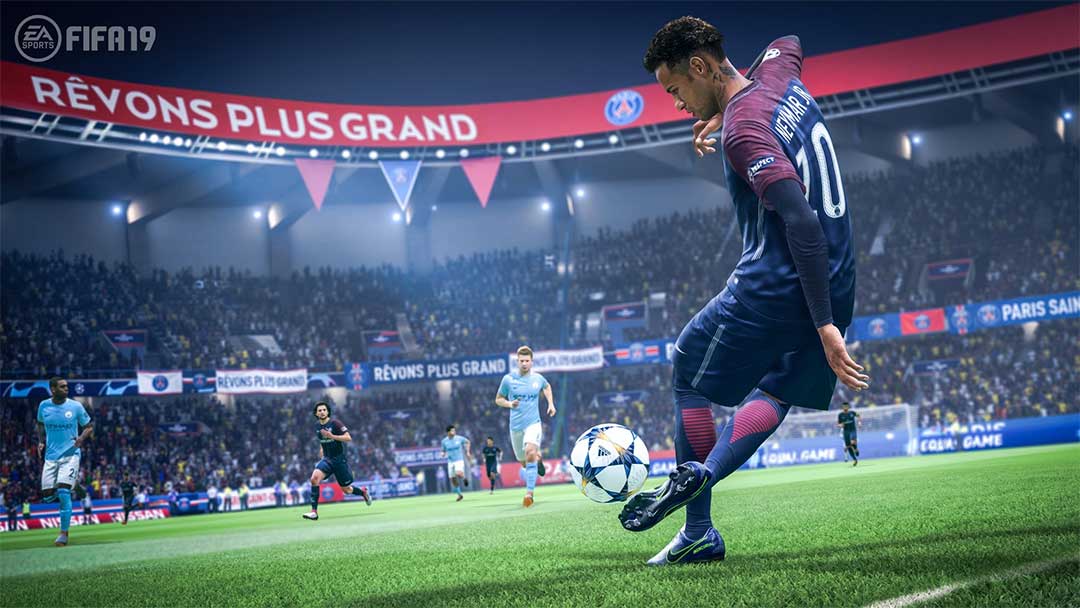 Besides adding the Champions League, we wanted to see what the on-field game of football will improve on with FIFA 19. “We are first and foremost focused on gameplay. There is a whole slew of features that we will continue to update as we get closer to launch. Right now, we have the new Touch System. It’s a whole re-write of how the player approaches the ball, trapping the ball and strikes the ball. So from the user perspective, that means you will see a much more fluid experience and more responsive experience and a wide variety of animations. It’s a much more authentic experience in-game. You can imagine trapping the ball and touching the ball are such a fundamental part of football. We also have dynamic tactics. We have completely re-written these. The effect is much more noticeable. There also much more customizable to suit your style and team you choose. There’s a lot of risk and reward in this, but the level of customization is the most we’ve ever had with the tactics. 50/50 battles have also become a focus. These will result in much more of a battle. It will be much more organic.” It will also feature Real Player Emotion and a slew of features as FIFA 19 looks to bring the most realistic experience possible.

This will be the second year that FIFA is on the Nintendo Switch. With the slew of improvements that the game is getting on PS4 and Xbox One, we wanted to see what would transition over to the Switch version for FIFA 19. Andrei Lăzărescu is the Supervising Producer behind the project on the Switch. He states that this will be a completely different game. “The Switch version is a completely different game. We basically chose to build a new engine for the Switch version. Everything Matthew talked about is for the other version. When we started building the Switch version, we discussed what was different on this platform. We wanted to deliver a flawless gameplay experience, 60 frames per second, regardless of resolution and the way you play. Sure there are some gaps between the two engines that you will definitely recognize, but we are working towards closing that gap. We’re not only looking to add individual features to the Switch, we are actually looking at doing systemic architectural changes that allow us to get closer to that definitive football experience. This is already the best football experience on the go.” 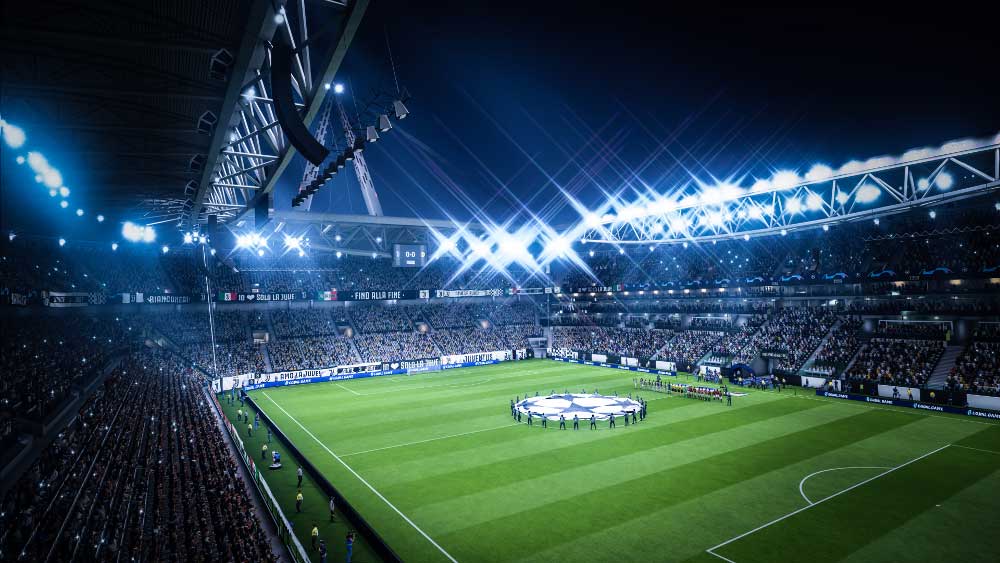 The Switch version will have a lot of changes from last year, said Lăzărescu. “Every mode will still be available. Custom tournaments and UEFA Champions League will be available. You will see a lot of changes in the presentation and overall visuals. We worked a lot on bringing in the emotion. You will see specific lighting and anthems. Words can’t really do it justice, but it’s so fresh and different, it transports you to that world. We took a lot at the in-match experience to make it more diverse and authentic. There are three things we focused on. First team implemented personality. This is a set of tactics that will play like the specific teams do. Every match that you play will be different. Everything was uniformed last year, and this year, everything feels different within sixty seconds of gameplay. They also adapt as the match unfolds. Iconic players will act like their real life counterparts. The A.I. will perform skill moves.” The goal from the team for FIFA 19 is to bring the most realistic experience possible for fans. This is a game that can be played year-round. The visuals and improvements are immediately noticeable on the field. Everything from the visuals and presentation to the gameplay and controls, FIFA 19 truly plays like a new game in the series. The game will launch on September 28 for PlayStation 4, Xbox One, PC and Nintendo Switch.