An interesting thought experiment is asking oneself how they would handle unlimited political power. Would they act as a benevolent leader of the people, sacrificing personal comforts for the betterment of the citizens in their care? Alternatively, would they consolidate power, crush all dissenting voices and make out with all of the money? It’s a question best asked quietly and honestly. It is also the question that the Tropico series has been posing for years, allowing players to navigate the pressures of ruling kindly or experience the catharsis of shutting up all who disagree. Limbic Entertainment’s Tropico 6 is the latest to come, offering up returning features and new ways to play.

One of the driving decisions behind improving the now classic formula is to open up the amount of space available to play and build. The team knows that it can be frustrating to try to cram so many needed items into a small space, so they have designed the maps to open up more territory with which to play. That doesn’t mean that the title will now lack challenge; the focus is now on better management of resources and people. This should come as welcome news. 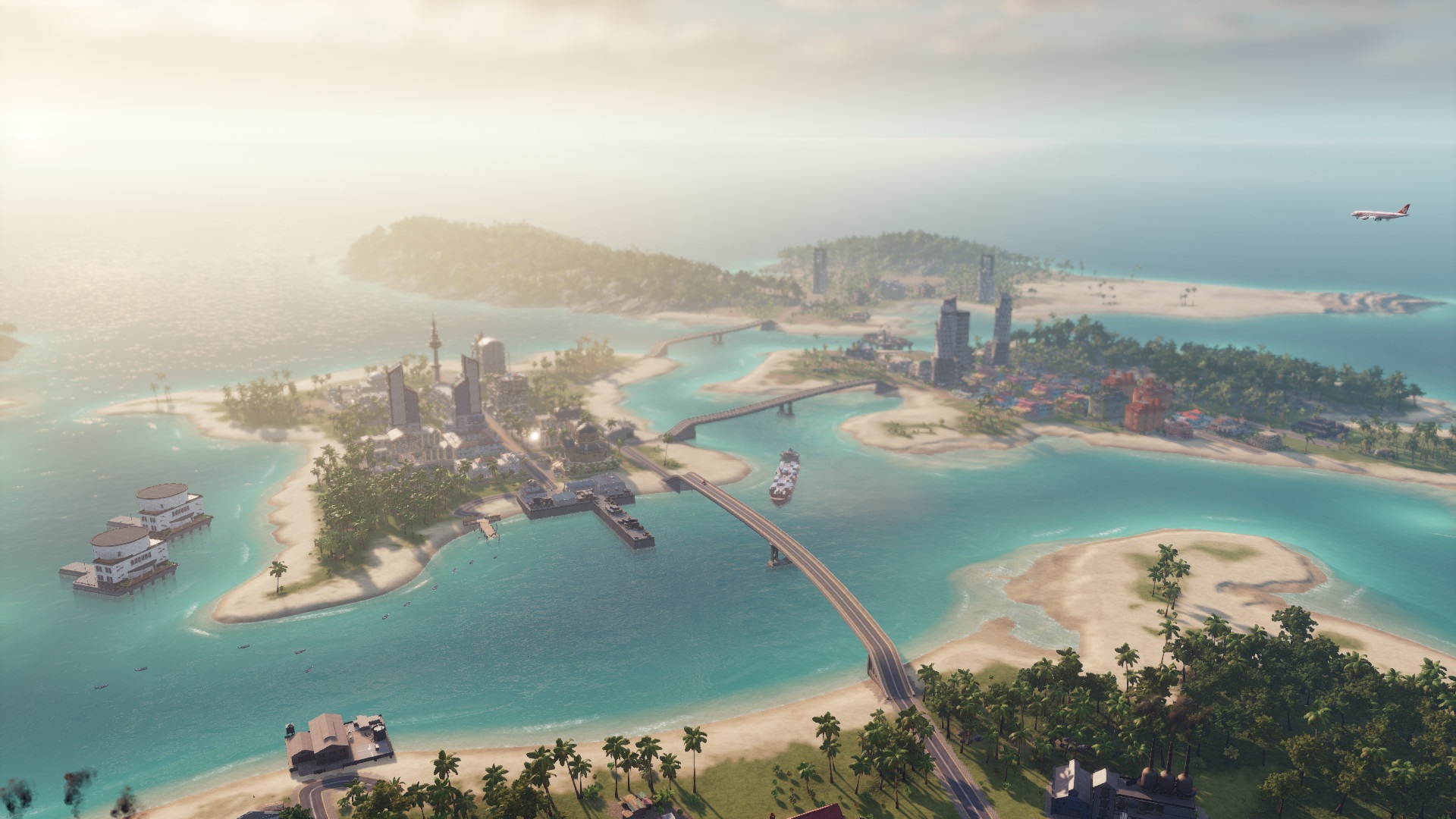 That doesn’t mean that territory type won’t inhibit growth. During our overview of what the title has in store, we were shown a volcanic island that was pretty much all infertile land. Instead of doing what any reasonable group would do, move, the person playing this map decided to build up a pirate empire. All necessities were pillaged by a group of ne’er-do-wells, returning laden with supplies for the people. Of course, to keep the pirates happy, they need to be plied with rum. To make rum, there needs to be sugar, and sugar won’t grow on this island, so the pirates are sent on a raid to capture as much sugar as possible. Since the reward will be the ability to get more drunk than an average games journalist, they seemed quite willing.

Raids aren’t the only kind of extralegal activities that can be conducted. Heists will also play a part for those that want the best stuff on their island for glory and tourists. The thinking goes like this: if the player wants a landmark like Stonehenge on their land, they should go steal Stonehenge. To pull off the heist, numerous quests must be completed, like building some specific helicopters and so on. Success shows the landmark being choppered in and dropped off. People who are perfectly fine with seeing a famous monument and have no problems with supporting a thief will flock to the land, driving up income for the citizens (or El Presidente). At this point, it should be noted that when forced to choose between realism and playability/fun, the developers will gleefully opt for the latter. 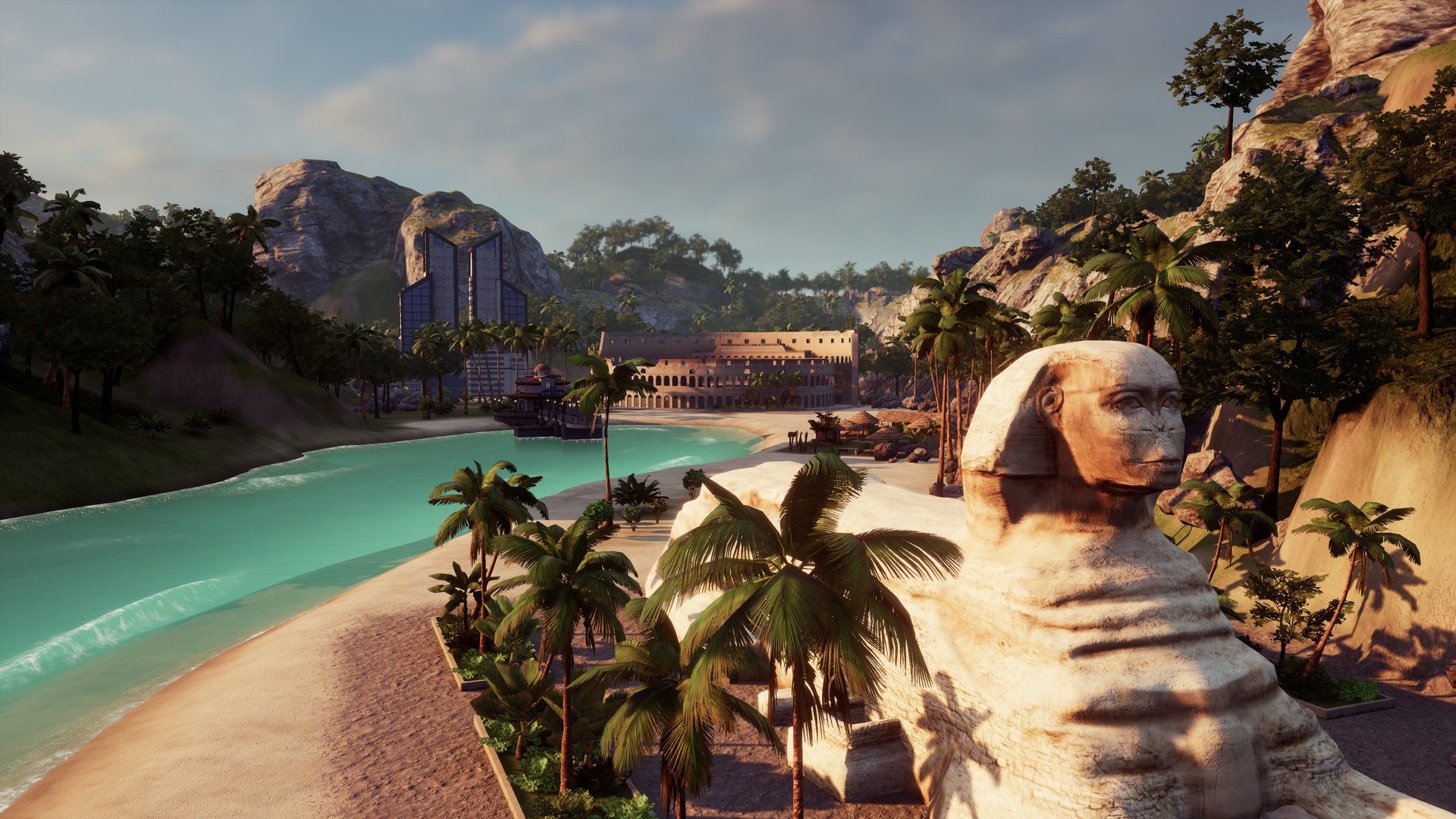 One feature that was missing from the prior game has made its return due to heavy demand: building Work Modes. Serving as a way to micromanage the amenities available for citizens, players will once again be able to adjust what a business will do. The example we were shown involved a bar, which could be set for Happy Hour, allowing anyone in, all the way to catering exclusively to the upper class. Making smart use of this feature will help keep every element of the citizenry happy.

Tropico 6 is intended to be the complete package, easy to understand to let new players into the fold, while complex enough to keep long time fans engaged for hours on end. When it launches, the title will have fifteen mission maps and a sandbox mode. That sandbox mode will have fifteen special maps, as well as access to the fifteen mission maps, for a total of thirty maps to build up and reign over. Whether the player is benevolent or hardhearted, there will be plenty to do in Tropico 6 when it releases later this year on PC, PlayStation 4 and Xbox One.