Thrustmaster has always prided itself on premier peripherals for gaming. The team landed a partnership with Ferrari to introduce a new headset and a replica Ferrari 250 GTO wheel add-on for its driving simulator. The headset is also a replica of what the guys in the pits wear for Ferrari. The T-Racing Ferrari Edition includes a mic, and leather ear cups and headband with the yellow logo on the ears surrounded by that famous red. The team also showed off the Sparco wheel add-on along with power shifters and handbrakes for those more extreme simulation setups. There is also a bluetooth tachometer indicator that is available to complete the whole experience. Thrustmaster is really showing its guns for the driving simulator setups.

Players could experience the Sparco equipment by attempting to race on the new Assetto Corsa Competizione. Players would attempt to qualify for a big time trial by racing in a Nissan GT-R GT car, in the wet at Monza. Those who managed to qualify would attempt to set the fastest time with A.I. on the track at Spa-Francorchamps in a Ferrari 458 GT car. The seat used for this race would move and respond to the car all while an announcer did play-by-play to your laps. The track transitioned from day-to-night and was shown on the big screen for everyone to see. The person with the fastest time won quite a bit of Thrustmaster gear. The top ten were provided a DOOM Thrustmaster headset.

The most heavily-involved equipment for Thrustmaster at E3 2018 surrounded flight simulation. First off was a sleek new headset that is officially licensed by the U.S. Air Force. The headset replicates what the soldiers wear and is complete with the logo and a matte gray exterior. The ear cups are plush but lined with leather as is the headband. The team also showed off the more entry level setup of the T.16000M FCS HOTAS joystick and throttle combo with the T.Flight Rudder Pedals. Known as the T.16000M FCS Flight Pack, it provides everything you need to get into flying. The team also showed off the T.Flight Hotas One which combines the joystick and throttle into one unit. This is used for consoles and there is an equivalent available for Xbox One.

For those jumping into the serious action, Thrustmaster is now adding a HOTAS joystick add-on. This is the replica of a F/A-18 Hornet. This unit can be swapped out with the HOTAS Warthog setup for those looking for a true jet flying experience. Thrustmaster will also be adding the new TPR rudders, which are fairly large and offer a pendulum setup for steering planes. Big enough for anyone’s feet, the size of this rivals real life.

Moving out of the driver’s seat and over to the fighter jet, we participated in a VR simulation. Using Combat Flight Simulator 2017, we attempted to take off with the F/A-18C Hornet, the same plane that the new joystick is based off of. The trial involved correctly staging the plane, taking off, taking out two threats and ending in a nearby zone. Using the throttle and the joystick, we were able to take down one of the two jets. Doing this in VR was an experience like no other. We had some help from the Thrustmaster team to start the engine and prepare the plane, but the dog fight was all us. Using this equipment is truly as close as you would get to doing this in real life with parts that are much more reasonable in price.

Check out some of the pictures below that we took from the booth: 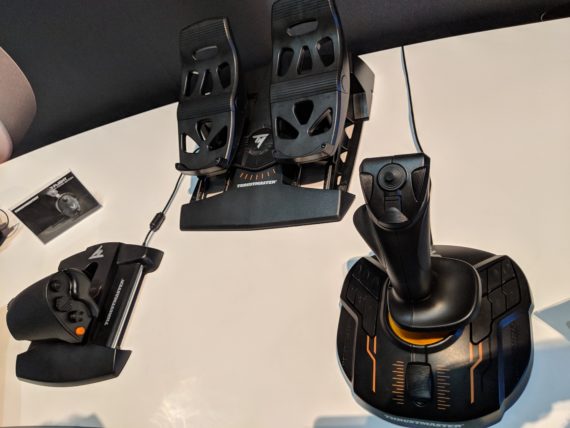 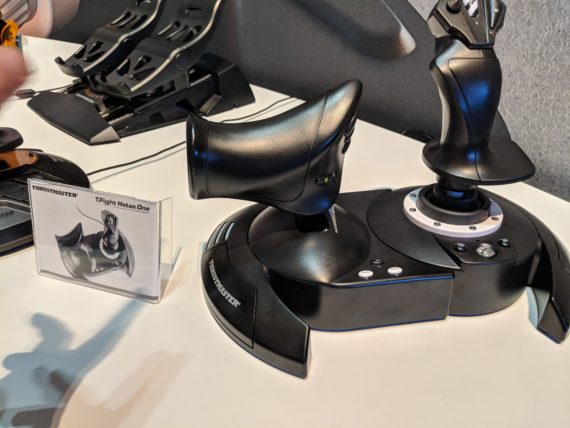 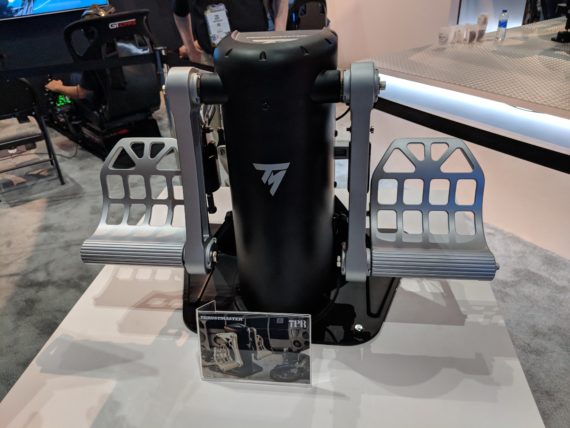 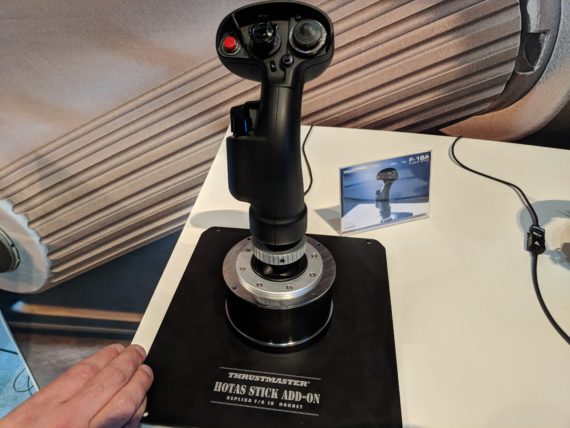 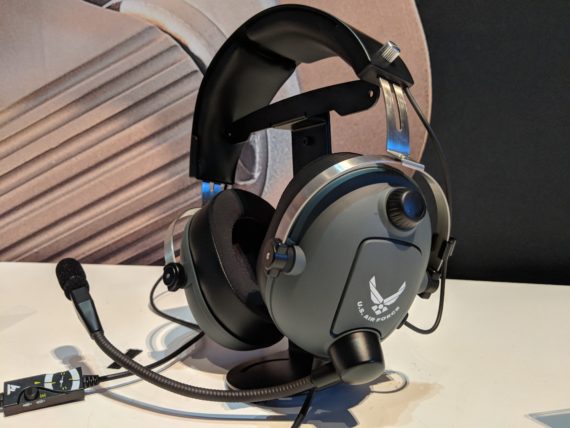 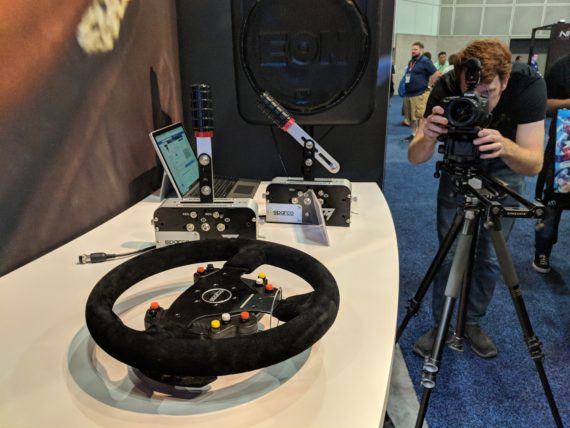 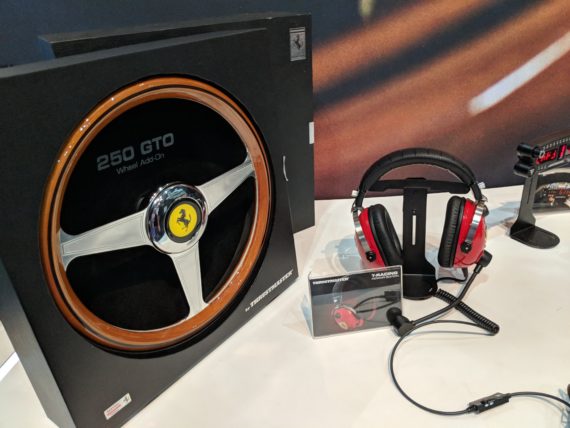