In the days of the Nintendo Entertainment System there was an accessory called the NES Zapper. Players would point this plastic gun at their TV for games like Duck Hunt and Hogan’s Alley, aiming the gun at their target and most of the time it would register a hit. Other gun based controllers would follow like the Sega Genesis Menacer or the SNES Super Scope 6, but after that gun controllers kind of went the way of the dodo, with the exception of the Cabela’s hunting themed arcade games. That is until the MARS made its debut at E3, which seems intent on bringing the gun game home to a new generation.

Performance Designed Products (PDP) will be launching MARS in early 2019. Each MARS unit will consist of a lightgun, camera and one of two new games: Voyage of the Dead and Qubit’s Quest, though more titles are currently in development. The camera will use newly developed technology to allow HD/4K TVs and projectors to detect a low power laster to ensure pinpoint accuracy for up to four players, bringing the fun of gun driven arcade action to the living room.

Playing with MARS really did feel like a modern version of the NES Zapper, and for those you too young to remember that this is a good thing. The gun itself is light enough where it can be played comfortably with one hand, though the two handed grip is recommended. A cursor on screen represents where the gun is targeting, so the player simply just moves the gun around to aim where they aim and fire away. For multiplayer sessions each person’s cursor is a different color to make it easy to tell everyone apart. During the demo session we only had three players instead of the maximum of four, but we all seemed to do just fine as far as having the camera track each individual weapon. Every orange part of the MARS gun has some functionality, though the specifics will likely vary from game to game. 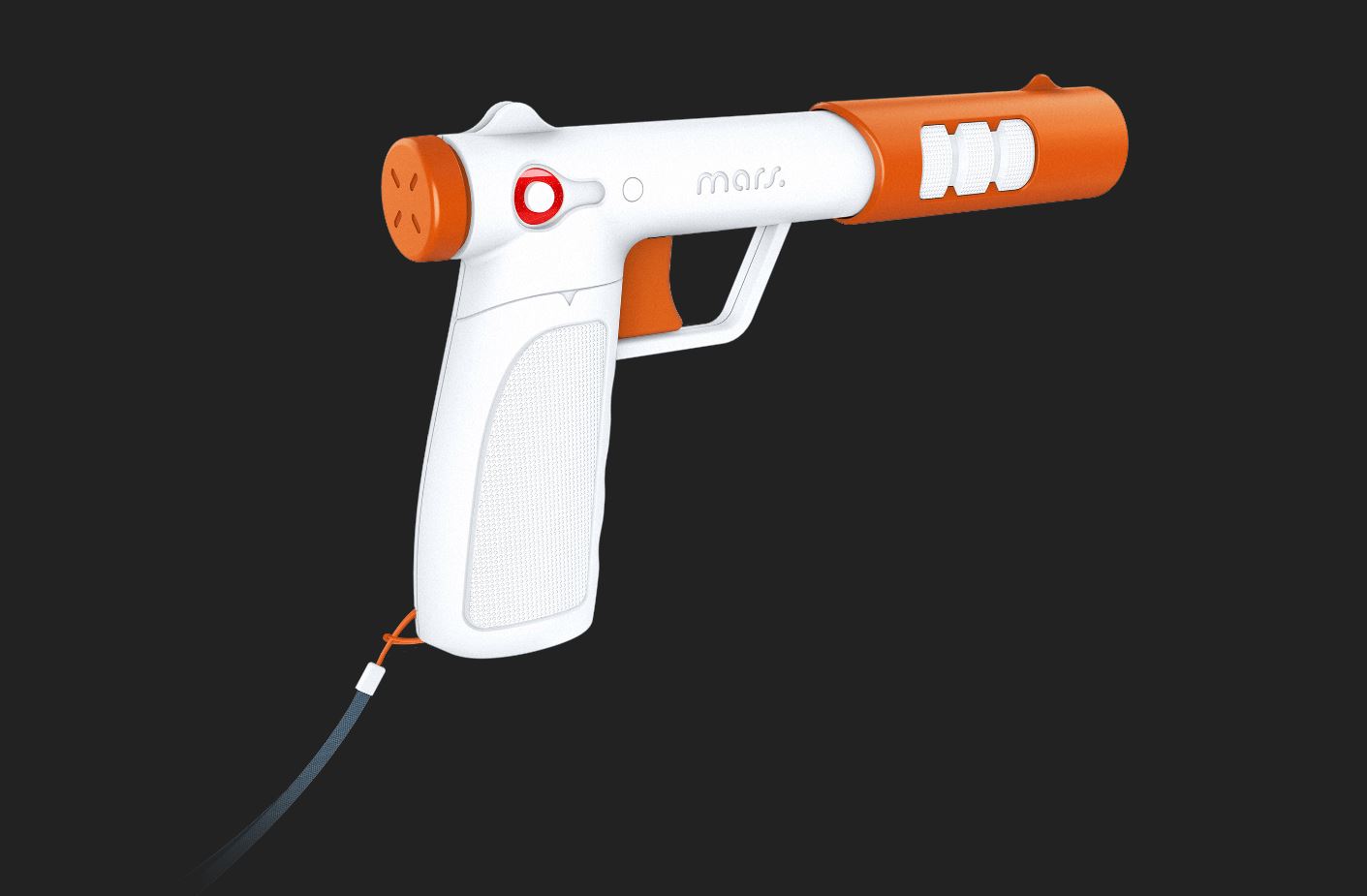 Of the two games included, Voyage of the Dead seemed to be the one that was targeted more towards adults, though based on the content and graphic style at worst its looking at a T or PG-13 equivalent rating. This game is designed for couch co-op, and the premise is simple. You’re on a cruise ship that is overrun by the undead, so grab some buddies and guns and get through the ship shooting anything that moves that shouldn’t. In true zombie busting fashion, headshots seemed to cure the zombies of their reanimation more quickly than shooting them in the arm. This game was rather campy, and also enjoyable.

Qubit’s Quest is a third person action platformer where up to four players must work together to protect their loyal robotic dog Qubit. The premise of this title is to defeat the Singularity and his minions while guiding Qubit safely along. As a robot dog Qubit is pretty tough and resilient when it comes to taking damage but when it comes to getting distracted he is more dog than machine. Using the MARS gun the players can guide Qubit through the level, jumping over traps and guiding him the right path while shooting the various things intending to harm him. This is the gun game that was made with the younger gamer in mind. 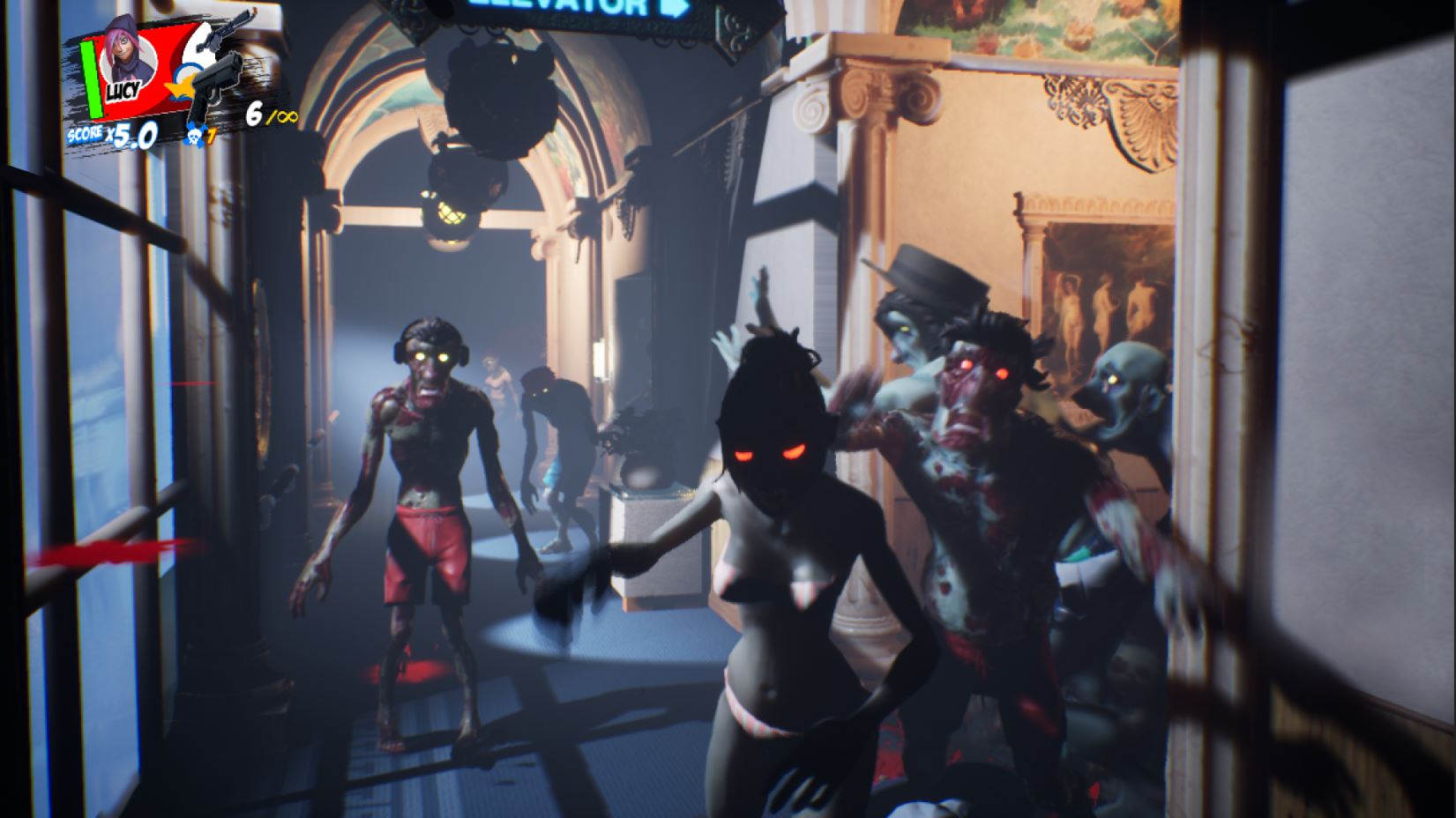 Seeing something like MARS in development is a bit of a surprise but it is also a welcome one. Light gun games were a lot of fun back in the day and it will be interesting to see what sort of games develop for it. The MARS itself is a solid modern take on a classic accessory, but the games will determine how well this does. The licensing might be prohibitive in making this a reality, but MARS would be perfect for a compilation of classic arcade shooters like Virtua Cop or Lethal Enforcers. Or a modern spiritual successor to those titles would also be acceptable. MARS will be out early next year and the hands-on time shows it’s capable of providing a good time; it’s up to the software library to determine if this will become a must-have accessory.