Fire Pro Wrestling World has been a long time coming for consoles, with many devoted fans of the franchise opting to wait for that version to first experience it. Beyond console preferences, others simply prefer the PlayStation-style controller for the series, or simply want to keep it as a console-only series for their own reasons. The rise of New Japan Pro Wrestling has allowed them to take center stage in the game, and that may wind up being a sales bonanza if all goes well. Today, Spike Chunsoft revealed the final cover art for North America – showcasing some of the biggest NJPW names featured in the game itself. Beyond Kenny Omega, the cover features Kazuchika Okada, Hiroshi Tanahashi, and Tetsuya Naito – four of the top singles wrestlers on the roster. Fire Pro Wrestling World hits the PS4 on August 28, with a robust NJPW roster featured – that same day, the NJPW content will be released on PC as an optional DLC download. 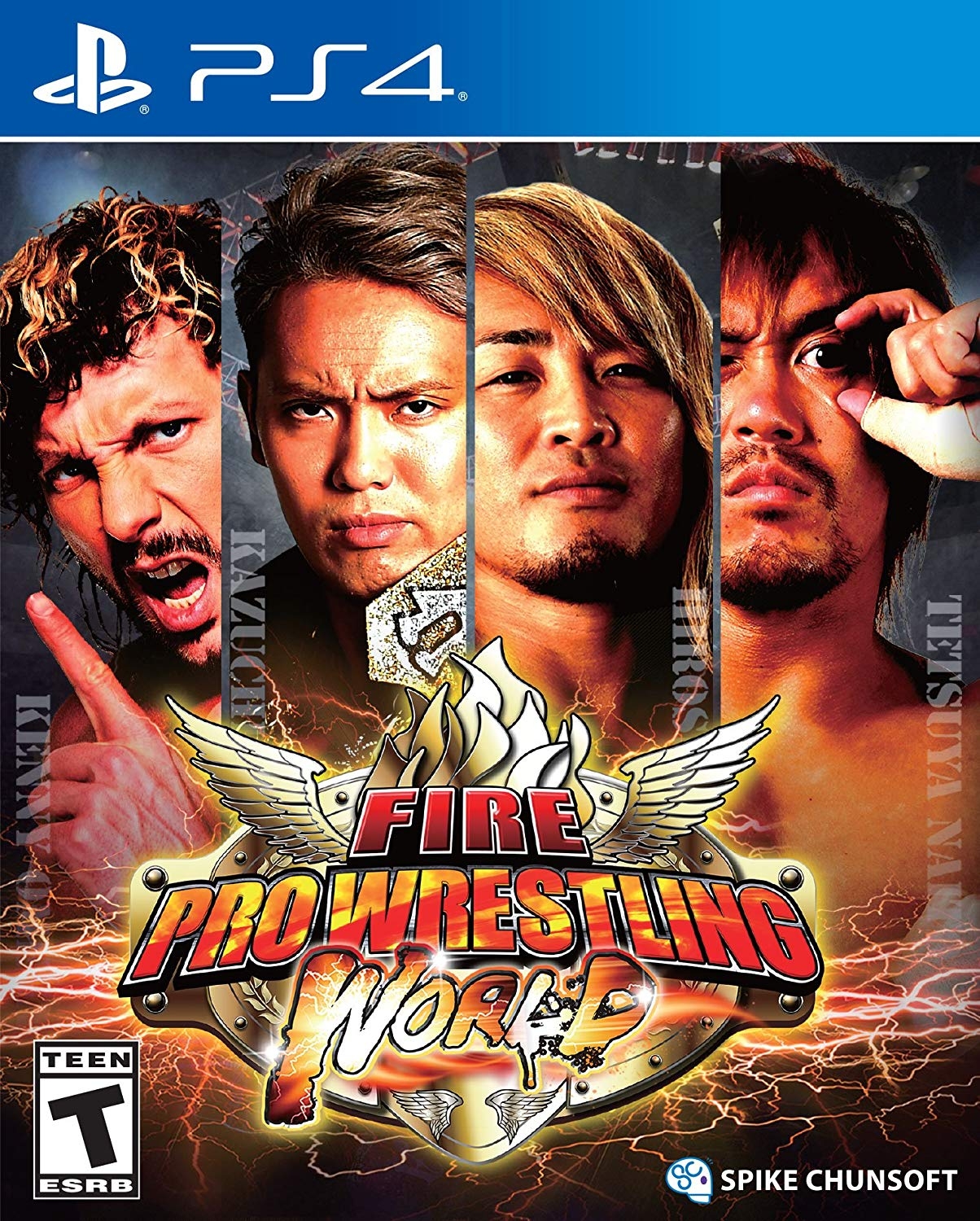