Fears of IO Interactive’s closure and Hitman’s cancellation were quelled when the studio announced they would be going independent. Since then, they’ve been hard at work on the follow-up to 2016’s excellent Hitman and at E3 2018 finally revealed they’d be teaming up with Warner Bros. Interactive Entertainment to release Hitman 2. Agent 47 is back with all his various gadgets in tow. We went hands-on with the game to see if this hitman still has what it takes to get the job done.

Hitman 2 follows the events of its predecessor with Agent 47 hunting down the mysterious Shadow Client and discovering his past. The demo picked up at a Miami racing event where 47 was tasked with taking out a driver. The demo was guided heavily by Warner Bros., and though we executed the mission as planned, he did point out numerous ways the mission could have ended. 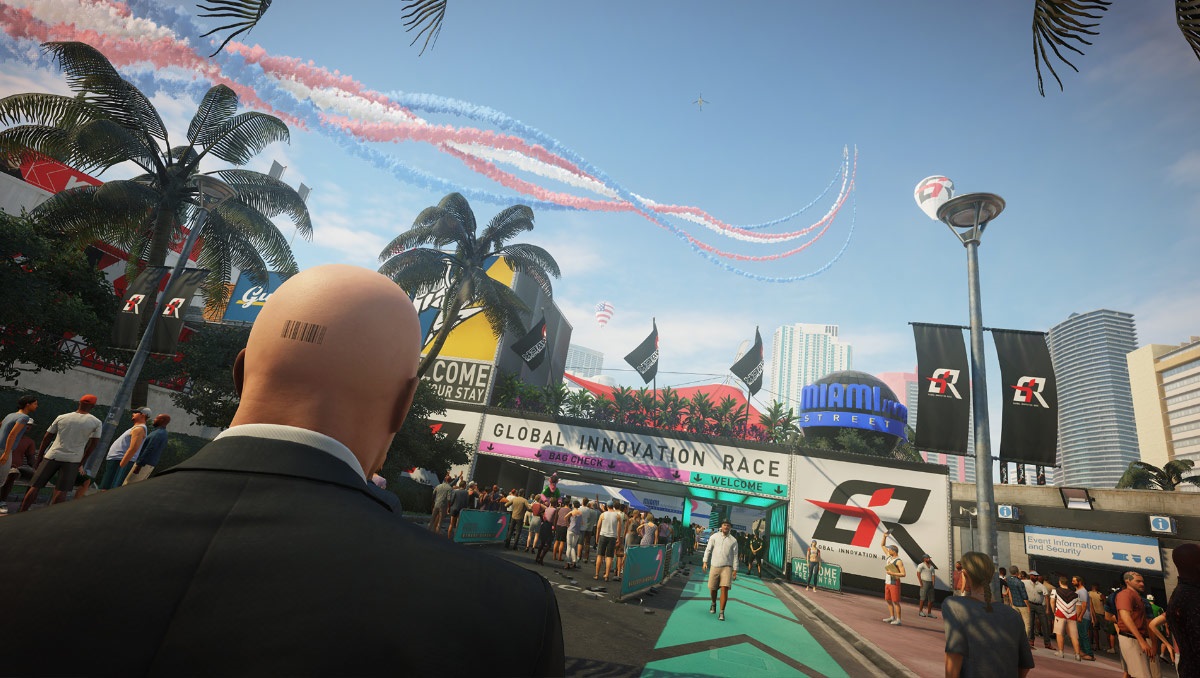 Dressed as an average tourist, the first objective was to find a way into the VIP area. Intelligence had informed us that a disgruntled mechanic was somewhere inside and that we would be wise to grab his uniform to enter the pit and sabotage this car. To do this, we needed gear and a security outfit, which took us to the underground garage. A red van contained the equipment and a nearby security station provided the means to grab a uniform.

Hitman 2’s AI is smart, something that the WB representative pointed out. You’ll draw the suspicion of bystanders if you try and shove through them or run inappropriately. It was even for 47’s cover to be blown while wearing the security guard uniform. While tailing the mechanic in the VIP area, we were made aware of several guards who could identify that Agent 47 is not an actual guard. Thankfully, the massive crowds provided plenty of opportunities to blend in with and throw the guards off. 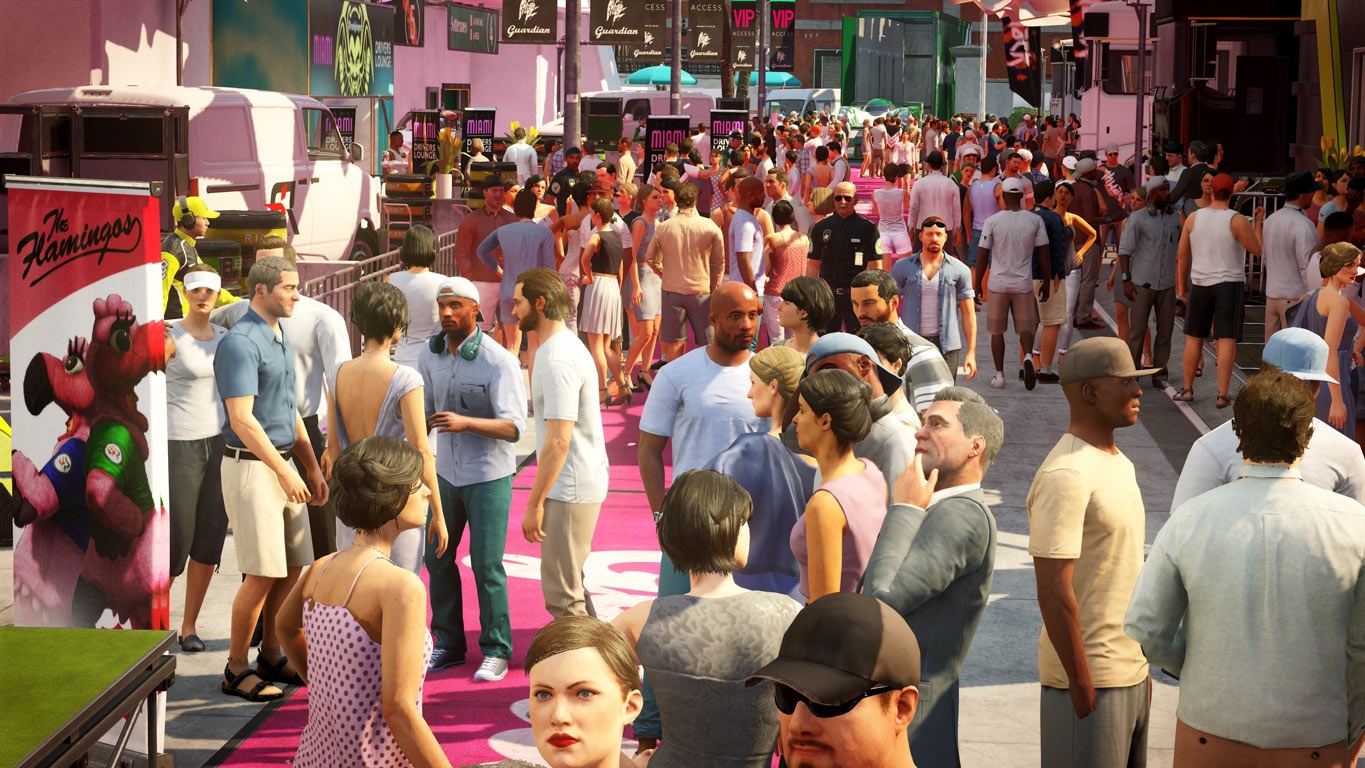 The mechanic eventually led 47 into a bar where he had a drink he would continuously leave unsupervised. Snagging a waiter’s uniform and a handful of rat poison, 47 was able to contaminate the drink, send the mechanic to the restroom and then take his position on the pit crew. At that point, it became all about blending in with the pit crew, crafting an IED with supplies from the red van and attaching it to the car. Following the successful bomb planting, we returned to the stands, held LB to highlight where the racer was on the track, hit the detonator as she rounded the corner, and watch the fruits of our labors play out explosively.

While we executed the plan correctly, WB was quick to point out that there are multiple ways players can approach the same scenario. You can snipe from afar, dress up as a mascot to get in close, rig the champion’s stage to explode or even slap them in the face with a fish. In true Hitman fashion, there are so many ways both serious and silly to tackle any mission. 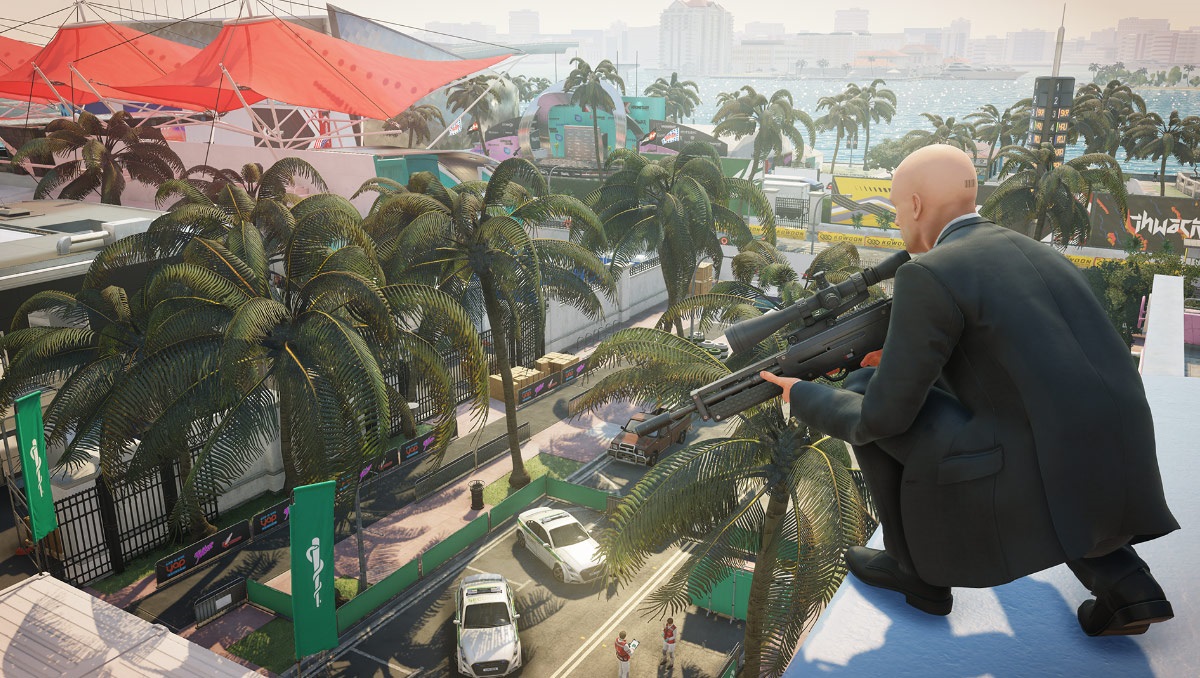 Hitman 2 is in great hands. With IO Interactive continuing to helm the franchise alongside the support of Warner Bros. Interactive Entertainment, players can expect a quality experience. With large arenas filled with different variables, IO has crafted a sandbox playground filled with all kinds of ways to approach the objective. We can’t wait to see where Agent 47’s adventures take us throughout the entirety of Hitman 2.