To be entirely frank, and this is coming from a Dynasty Warriors fan who’s been in since DW 3, Dynasty Warriors 9 was a terrible let down. It seemed like Samurai Warriors: Spirit of Sanada was showing us the blueprint of what an open world Musou game could be, and DW 9 ripped that up and went in a completely different, and astonishingly inferior, direction. Because of this fact, my personal desire for a sequel to arguably the best unlicensed Musou game, Warriors Orochi 3 Ultimate, was tempered. The thinking was that they would use the DW 9 systems to create something woefully lacking in fun. Fortunately, hands-on time with Omega Force’s Warriors Orochi 4 has shown that this isn’t the route the game chose to take. Instead, the newest entry into the side series hews close to the formula of the last one, with a new layer on top in the form of a magic system.

For those that are unfamiliar, the Orochi series serves as a crossover series. The primary focus tends to be on historical figures from the Three Kingdoms era of China (Dynasty Warriors) and the Sengoku period of Japan (Samurai Warriors). Add a heaping helping of other historical figures from other games such as Joan of Arc, mythology such as Achilles, and other characters from Koei Tecmo franchises to complete the roster. This is a game that allows players to team Ninja Gaiden’s Ryu Hayabusa with feudal China’s Tsao Tsao and Soul Caliber’s Sophitia Alexandra to turn the tide of a huge battle against demons using weapons based pugilism and very light tactical decisions. Because there is no way to get all of these characters together in a sensible fashion, the plot bends over backwards to be as ridiculous as possible in justifying these team ups. 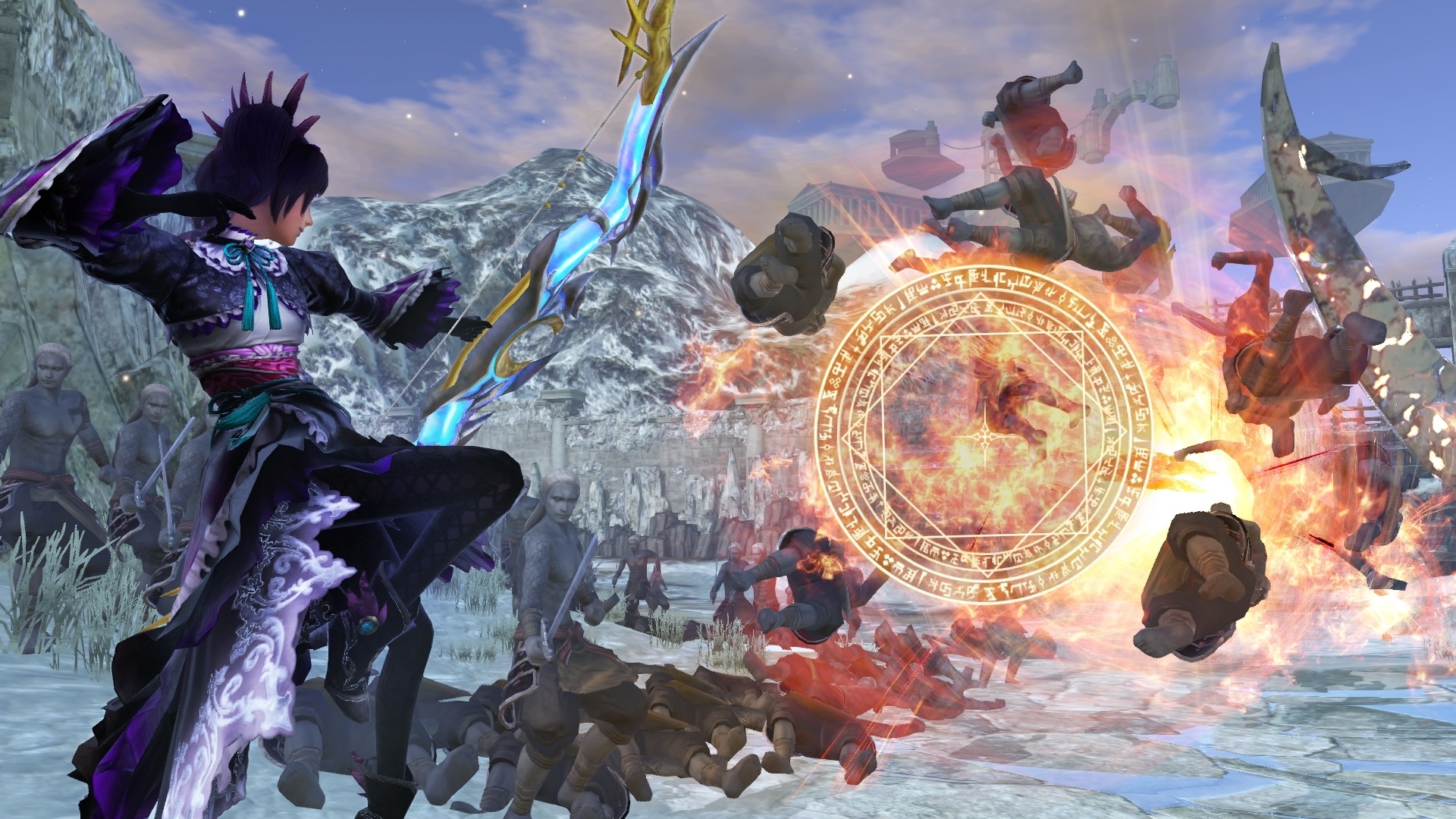 During my hands on demo, I was able to take control of a team consisting of Lu Xun, Gracia, and series newcomer Zeus to battle against the demons that are encroaching on the combined dimensions. Lu Xun and Gracia controlled exactly as they should in a proper Musou game, with response light and heavy attacks, fun combos that can knock out a dozen enemy troops at a time, and their screen clearing Musou special attacks. It’s all great fun and easy to pick up. Even a newcomer will be able to pick up a controller, hop in, and begin capturing bases while swapping characters with ease. This is the good stuff.

Zeus, on the other hand, doesn’t exactly stay close to the familiar mechanics, as he adds a new wrinkle. He starts off feeling like a power character, one that lumbers around the battlefield, slowly taking swipes and obliterating enemies too stupid to move. As he builds momentum, though, he charges up. His skin and clothes crackle with electricity, his speed and power increases, and nothing can withstand his assault. Once the charge is built all of the way, it disperses in a lighting attack that launches groups of enemies into the air. It’s different enough to open up some options and adds a fresh feel, while keeping with the familiar control scheme to make sense. 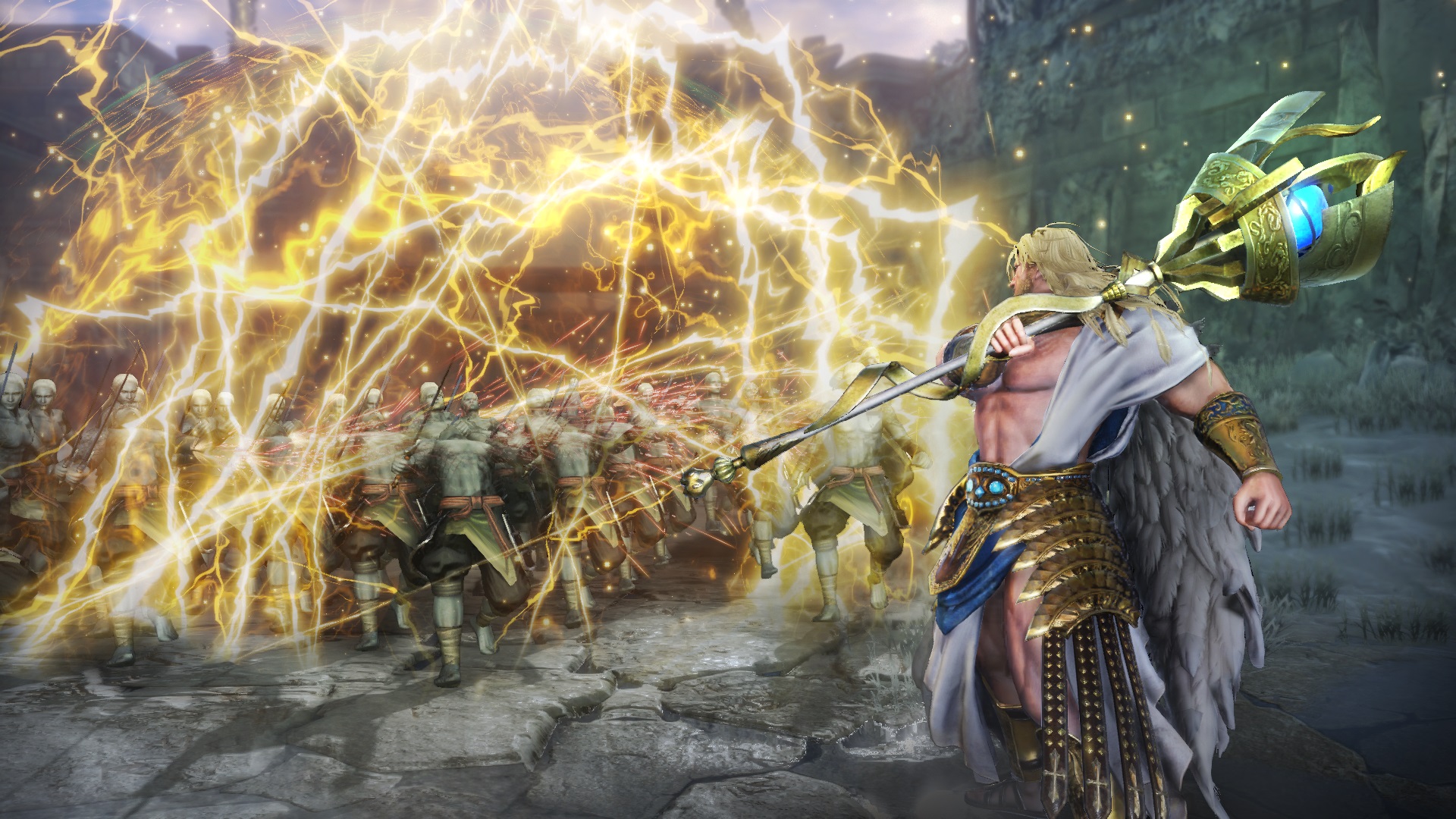 One decision that Dynasty Warriors 9 made that lowered its fun factor was the removal of some of the better weapons. That’s not the case here: the silliness is back. I’m slightly ashamed to admit that I cheered when I saw an adversarial Huang Gai lope towards me with the boat he uses as a bludgeon slung over his shoulder. It seemed likely that it would be gone. (An acceptable substitute would have been his anchor.) He tried attacking me using a fighting style that I like to call “canoedling” and I made short work of him, but still. It’s there!

The new additional to the battle system comes in the form of magic. Holding the right bumper and pressing one of the three attack buttons launches a spell, which differs on the character. The light attack does a quick, “Musou attack lite” spell that deals with close by foes. The heavy attack button unleashes a larger area of effect spell. The Musou attack button pretty much vaporizes everything. This is in addition to the team up attacks, and the Orochi specific accoutrements that give the crossover series its own flavor. Recharging magic is done quickest by letting the character rest while someone else on the team fights, or by standing near a magically charged relic. 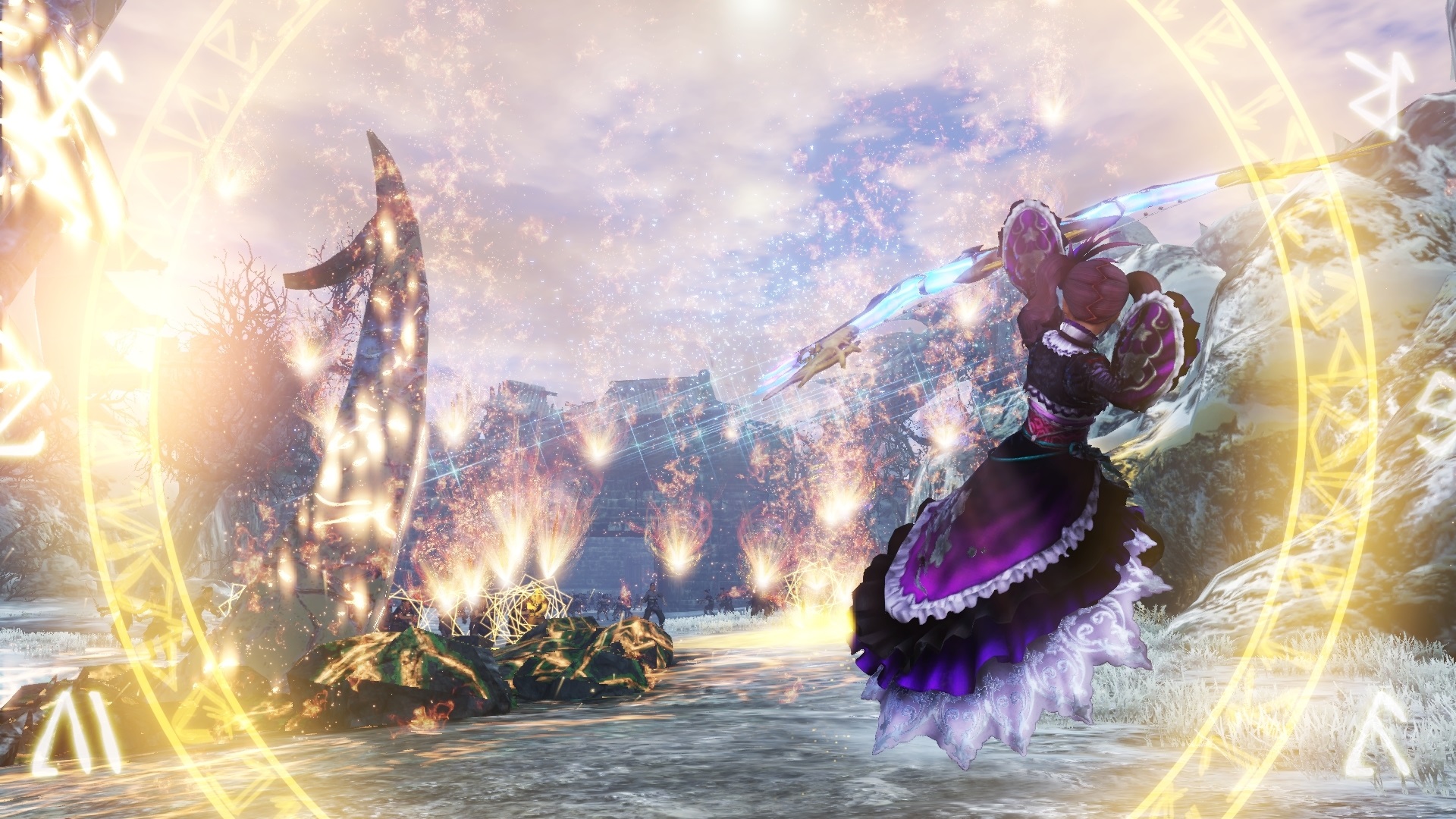 While playing the battle, I was chatting with game director Masaki Furusawa, and I’ll admit to a little bit on fanboying out. He was chill and relaxed, but also seemed pleased to have someone enjoy his game so much. He didn’t feel the need to direct me to every little thing. Instead, he let the game speak for itself. He even did something that developers tend not to do during these meetings: he wanted me to start nitpicking his game. Doing so was difficult as there were only two issues, one he brought up while I was playing the demo and stated that the team already had a fix in the works. It just wasn’t finished by the time they needed to ship out for E3, and the other was a personal preference thing (the color of the aiming circle for the area of effect magic spell). The thing is, Warriors Orochi 4 is exactly what I wanted it to be: new maps, an insanely huge roster of 170 characters with different fighting styles, and more swaths of troops to send airborne with a swipe of the blade. Set to release later this year for PlayStation 4, Xbox One and Switch, this game should be on the radar for any Musou or action fan.