Cooperative experiences are always a great way to play an action game and unique settings help with that. Rebellion, the developer behind the Sniper Elite franchise, is working on just this with the upcoming Strange Brigade. Due out on August 28 for PlayStation 4, Xbox One and PC, the game takes place during the bizarre 1930s in Egypt as you hunt treasure in Egypt and take down waves of monsters that include mummies and terrifying traps. All of this in a four player cooperative adventure.

Strange Brigade also features a vintage movie presentation for its story. It is filmed with a narrator that is pulled straight from a movie from a pre-1950s era. It certainly adds to the charm of the game. We asked Tim Jones, Head of Creative at Rebellion, about the decision to go with this time period. “Partly because it’s a little bit different, but it was born from a passionate love for the serialized movie and the pulp comics and adventure stories from that period. We are all fans of that period. It’s kind of the roots of where games come from they were the equivalent of games during that time. They were things that kids would go to the cinema with their parents and watch. They also spurred the Indiana Jones movies and Flash Gordon, Tarzan, stuff like that. It seemed somewhat more naïve approach to adventuring and everything is a little bit more cynical these days. We dove straight and recaptured that fun spirit without taking itself seriously. There’s an undeniable spirit of them we wanted to recreate. You don’t get many games set in the 1930’s. We’ve normally done more serious stuff, and this is a breath of fresh air for the team.”

Playing the game with a team of four was incredibly entertaining. Solving puzzles together to progress through the level while taking down mummies and other boss-type enemies was satisfying during our demo. We asked Jones if the development began with co-op in mind. “Co-op was always there from the outset. Co-op has been a strong part of most of our titles over recent years. With Sniper Elite, Battlezone and Zombie Army, we love cooperative gameplay. We do it and our audiences love it as well. There aren’t that many games of this type out there. So many people just like having a laugh with their friends and playing through an adventure together. It is a different flavor.” 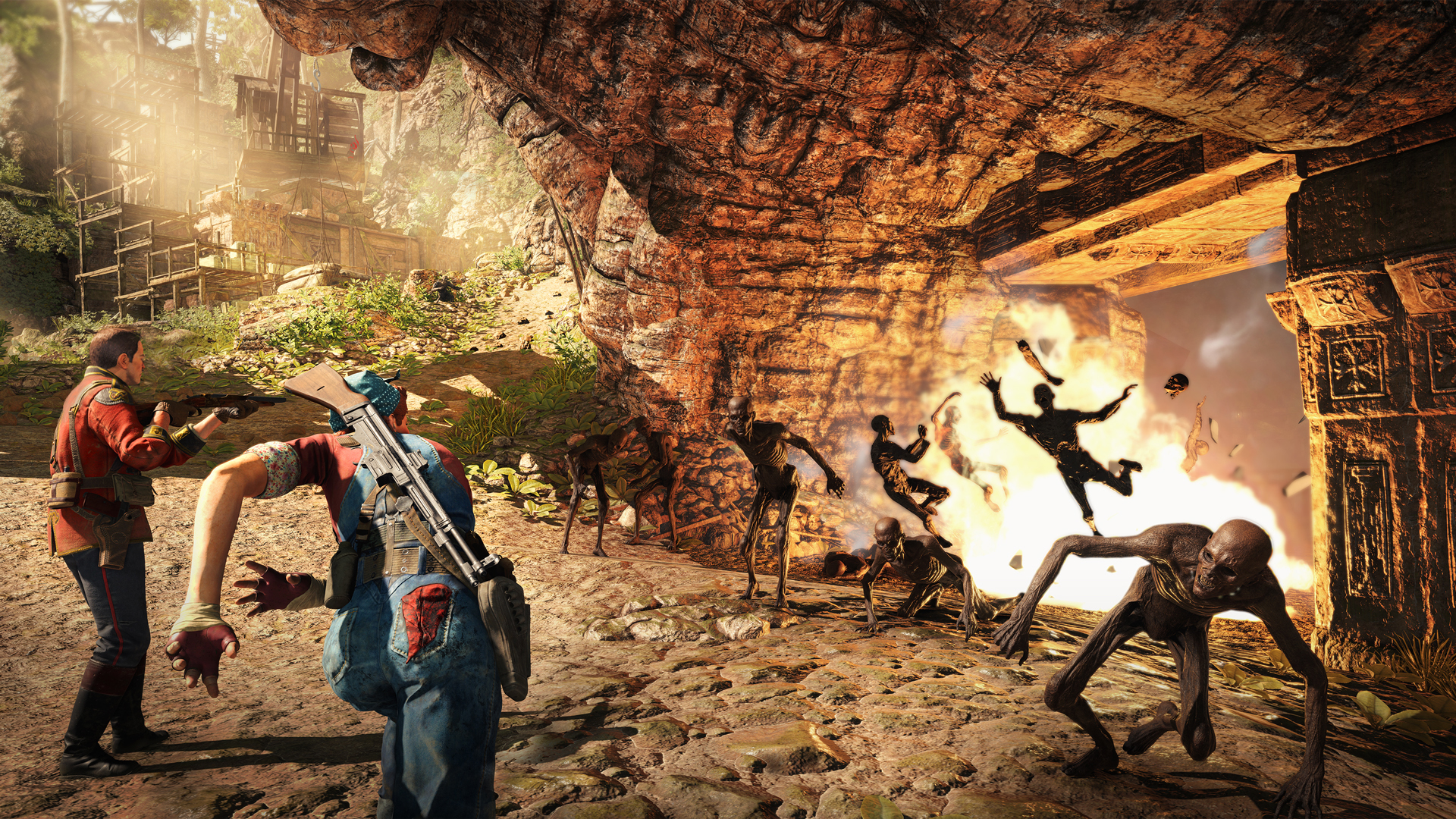 Jones mentioned that the campaign will be lengthy with a full story and a bunch of levels. Strange Brigade will also feature time period specific weapons that even includes dynamite as opposed to grenades. At times, the demo felt like a light-hearted, cooperative Uncharted experience. “People will want to play this over and over again,” said Jones. “There are loads of things to uncover and it is fitting with the adventure. You want to find every nook and cranny.” 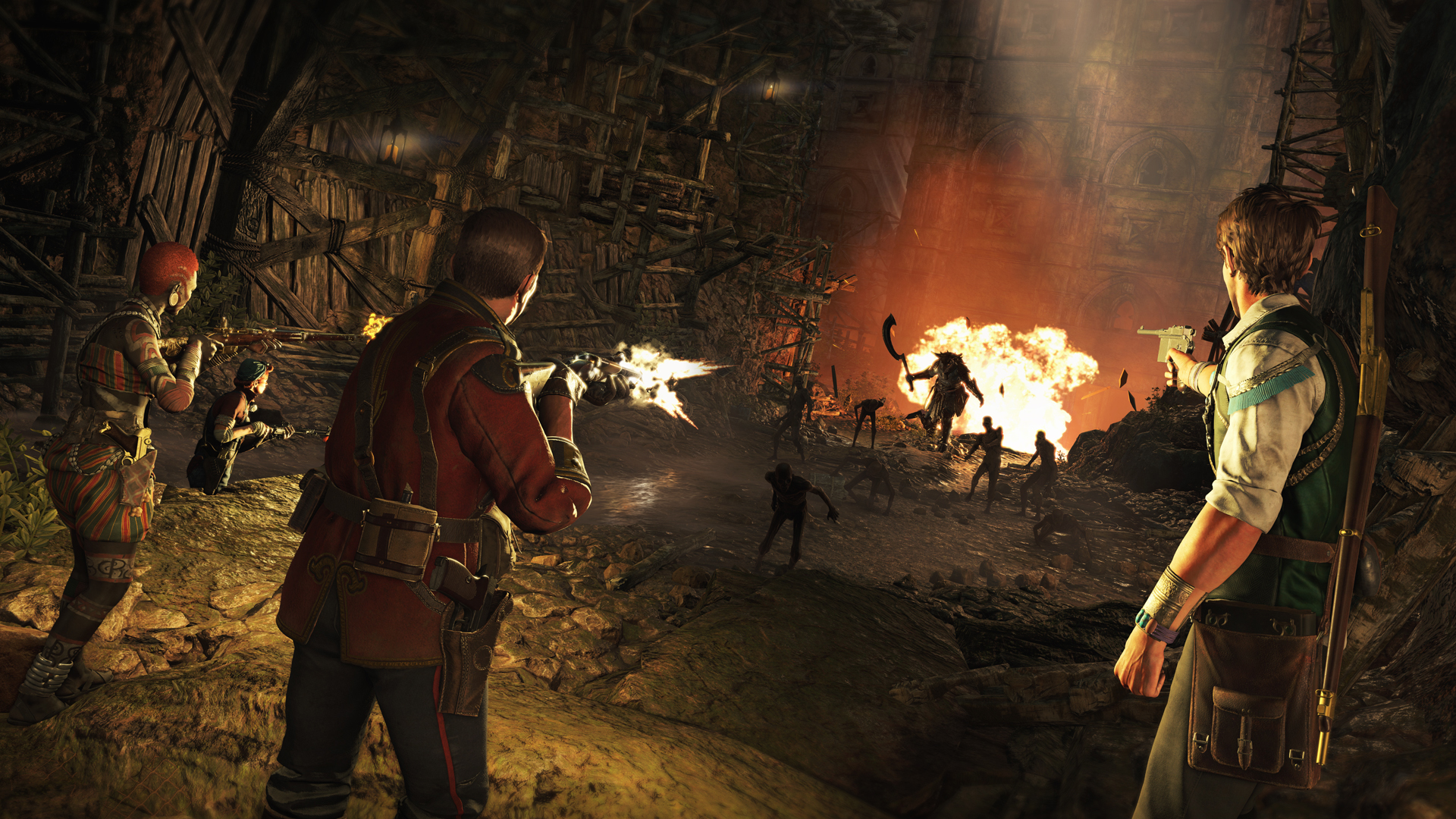 Strange Brigade features four characters that Jones said would each have a backstory. They are releasing a novel with the true story of the game, which is cool. “We’ve had a lot of fun with the character design,” said Jones. “They each have backstories that you can find a little bit more about from playing the game and uncovering the documents. We are releasing a novel of the story, which will be coming out and delves into the story of all our playable characters. Really fun, pulpy tales. It matters to us about digging into the details. It’s thought out and carefully done with love.”