V-Rally is one of those series that doesn’t hesitate to punish the player for driving like a moron. This is a fact that was reinforced during our playtime with Kylotonn Racing Games’ V-Rally 4. Over and understeering sent our vehicles spinning out at best or careening off of the road in disastrous fashion. Failure to brake properly and hit the right speed for a turn allows opponents to undercut your time easily. The handling model is spot on, but it’s incumbent upon the player to pay attention, hit the right gear and learn both the vehicle and the road. It’s a cliche to say this, but V-Rally 4 is the Dark Souls of racing games. It will beat the player down for acting lackadaisically, but the rewards for getting it right feel so very good.

This forth sequel is actually something of a surprise. V-Rally 3 launched in 2002. The series has been long thought dead and supplanted by the likes of Dirt Rally in the intervening years. That the developer has dusted the franchise off and decided to resurrect it seems a bit odd, when they could call it something else. Once the player gets hands on it, though, it makes perfect sense. This is a return to form, with a slavish devotion to driving physics and gorgeous graphics that merits the name of the franchise. 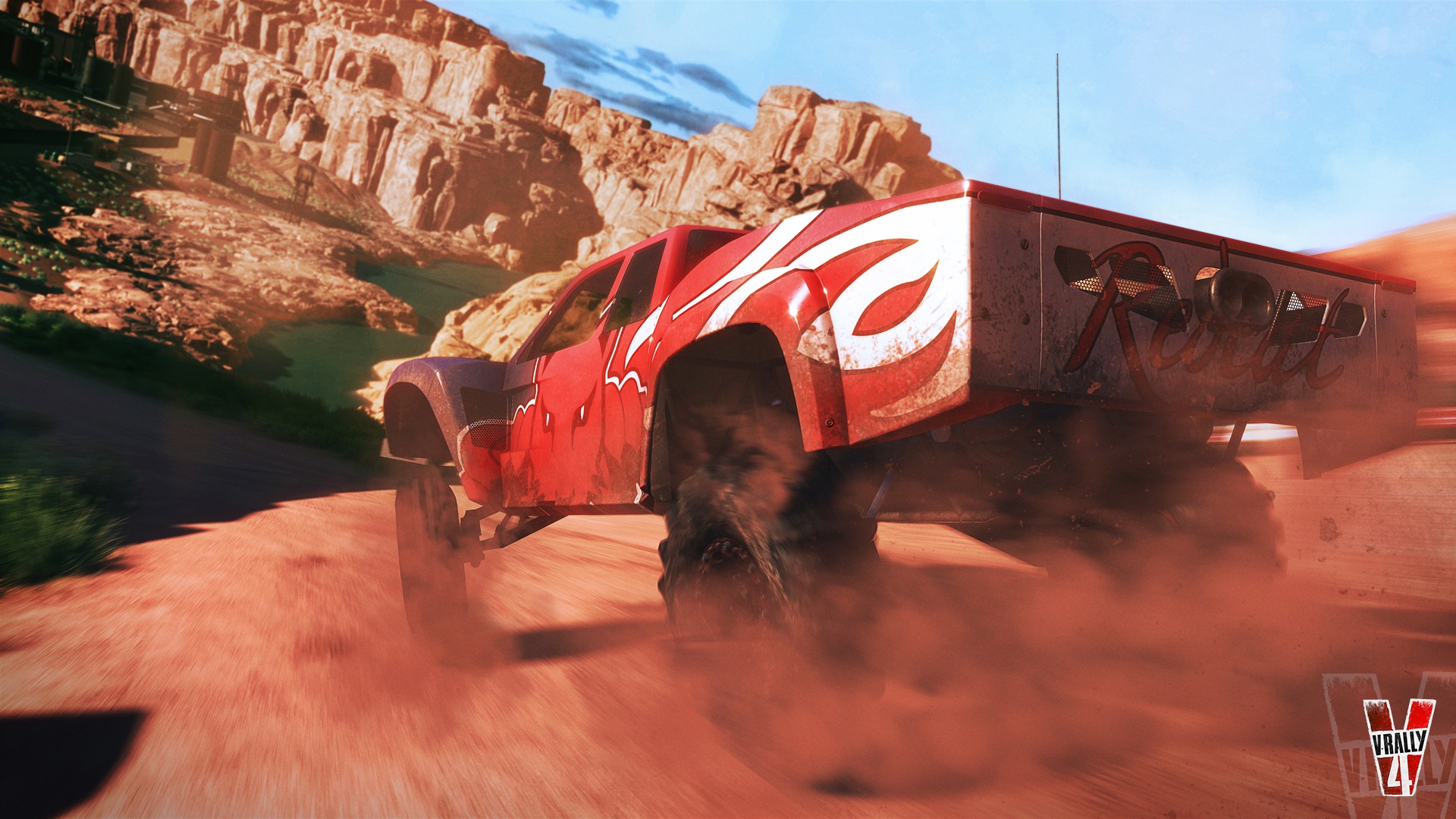 There will be plenty to do in this title, too. With five different race types taking place on tracks from all around the world, the player won’t be wanting for choice. Rally mode is exactly what it says on the tin: a solo race to the finish in hopes of posting the quickest time through a challenging path. V-Rally Cross offers players a similar challenge, but exponentially more difficult as seven other racers are on the field at once. Extreme-Khana is centered around precision driving and stunts, offering up more ways to wreck a car in spectacular, and stupid, fashion. Buggy is for when the player wants to get dirty. Considered the easiest race type, players race on a dirt or gravel track, jumping and sliding all over. By far the sloppiest racing style, this is where new drivers should start as it is the easiest to become acclimated to. On the other end of the spectrum of difficulty is Hillclimb. Tasking players to race up or down winding mountain roads, the tracks here require the driver to be gutsy but smart to post the best times.

After being given an overview of the race types, the developer allowed me to choose which type to try. I immediately chose the Hillclimb. He was polite, but the look on his face indicated that he thought I was an idiot for going straight for the most difficult race type after his explanation, especially after I told him that it’s been a while since I’ve played a racing sim. Whether he was thinking it or not, the emotion I read was apt. I spun like a top. I over did it on the brakes. I barely survived tumbling off the side of a mountain. After yet another crash into solid mountain, I asked what the vehicle damage modeling was like in the title. He explained that I was well on my way to finding out. The answer is that damage modeling is present, but it’s also a little little more forgiving than reality. A couple of my goof ups should have been race ending, and possibly place the engine block into the passenger seat, but I was able to keep going. If Kylotonn Racing is going to bend the rules of simulation a bit, here is the best place. 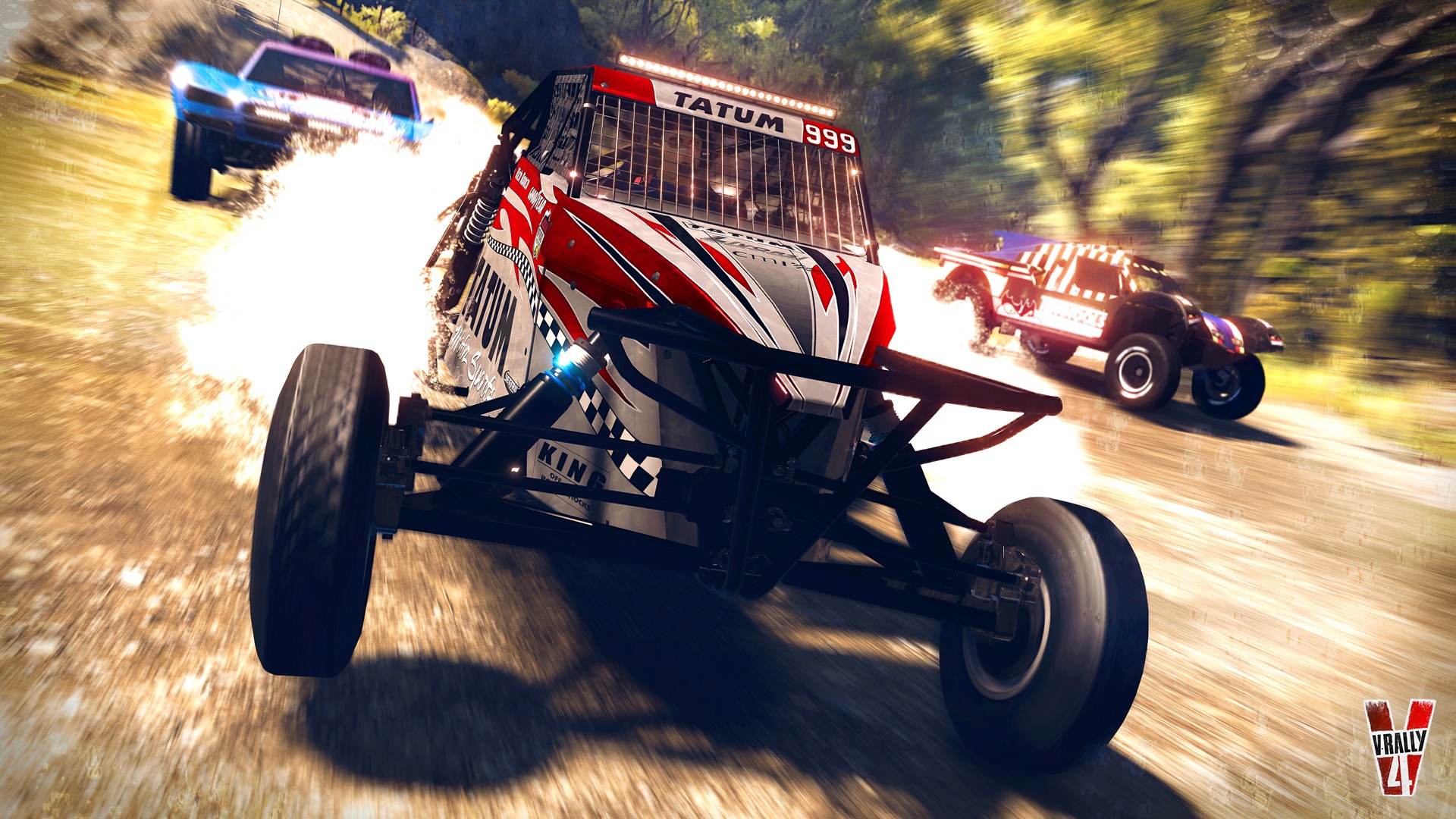 V-Rally 4 is one of those games that is going to demand practice and perfection to reach the top of the ladder, and that’s exactly what the genre needs this year. The other new racers to hit, with the exception of F1 2018,have more of a focus on arcade styling and accessibility. 2018 also needs an asphalt hard, rigid off road sim to keep racing fans tight on point. The fact that the game to do it is the revival of a dormant, but beloved, series is all the more special.