During its initial reveal during E3 2017, Starlink didn’t exactly make the biggest splash. There was a lot to be desired and the focus on peripheral toys made it seem as though it was primarily aimed at younger players. During their showcase this year, however, Starlink presented with a much greater outlook on their foreseeable future. Although there was still an emphasis on the collectibles during the many showcases following the latest trailer, there was also a much better understanding of gameplay and what players can look forward to. Although it isn’t the first to attempt a title with the toys-to-life model, Starlink seems as though it will be the one to really stand out.

The first thing that makes Starlink stand out from the rest is that it’s a completely new IP with nothing to go on before it. While amiibo, Skylanders, Disney Infinity and even Lego Dimensions have all been good experiences they are all based on something that came before it. With the exception of Fox McCloud on the Switch, Starlink is a world with completely new characters and ideas with their own being. While of course Ubisoft would love players to go out and buy every last pilot and ship pack, these aren’t the only thing Starlink has going for it. It has a story, a world that can be enjoyed without needing to buy anything else. The addition of Star Fox also made for a great touch despite being the only confirmed outside character, especially when considering that he fits right in amongst the other aliens seen so far while also just generally being a nice inclusion for long-time Nintendo fans of the series. 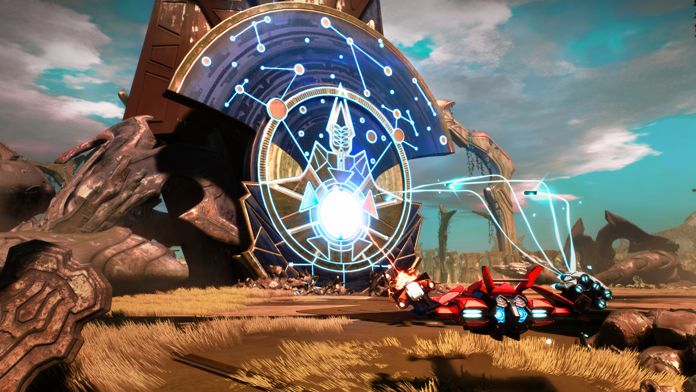 Starlink isn’t a toys-to-life title about just scanning something in and then immediately putting it away. It can certainly be played that way, but there’s a whole new level of immersion with the inclusion of being able to actively switch out parts of a ship while in the middle of a mission. Everything from the wings, guns and even the ship itself can actively be swapped while taking down enemies in flight. Players can aim their guns forwards, or turn one around to get some reverse fire going in their favor. Wings can be even be stacks to offer more defense, with the trade off being a slightly heavier ship. The amount of creativity this allows is wonderful, and makes it easily stand out as the most unique take on toys-to-life genre. Skylanders and amiibo may have an iconic lineup of characters, but Starlink manages to impress by just how much the game can seemingly stand alone even without the extra items.

Admittedly one of the drawbacks to many toys-to-life titles is often how cartoony their figures are, often to appeal to their generally younger audience. This is wonderful for those who are older and want figures of their favorite characters, but often times this isn’t as appealing to those who don’t want to adorn their living space with cartoony figurines. While Starlink might have a decent collection of ships planned so far, a great thing about these models is how wonderful they look. Each ship paint job is crisp and clean, and unlike many other figurines based simply on characters makes for charming realistic models that could make for a simple display. There are pilot figurines that come with them, but these are small enough they could be put in a box until they’re ready to be used, while the main ship models themselves can make for a rather classy looking display. 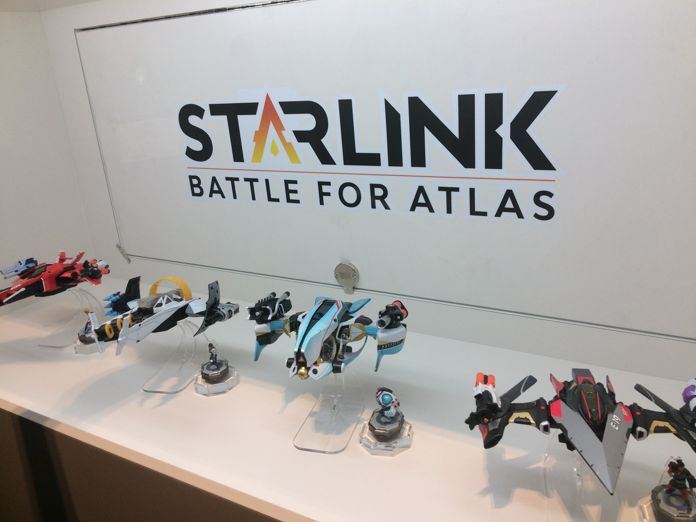 Starlink is a bold new take on the toys-to-life genre that sets it apart from those that came before it. It boasts the ability to easily play and enjoy the story without ever having to buy anything outside of what comes with it, but offers even more possibilities for those who really want to delve into everything else in a creative way. It’s one of the few toys-to-life series that’s main target audience isn’t children, but rather looking towards older ages while still being accessible to those who are younger. It’s one of the most mature styled toys-to-life that showcases the possibility of the genre truly branching out, and while it may still not appeal to everyone, it’s a positive take on the fact that this style of gameplay doesn’t need to be held down by already existing IPs in order to make a splash.