Treyarch’s next entry in the Call of Duty franchise, Call of Duty: Black Ops 4, is just a few months away from release. The latest entry promises more of that Black Ops action fans have come to know and love alongside some new additions. We’ve gotten to play the game a handful of times to see how it’s shaping up, and like with all Call of Duty games, there’s plenty to love and loathe.

Today, we’re taking a look at some things to love and loathe about Black Ops 4. We will only be focusing on what’s in the game based on what we’ve played so far. The controversial Black Ops Pass and the return of CoD Points are a discussion for another day. 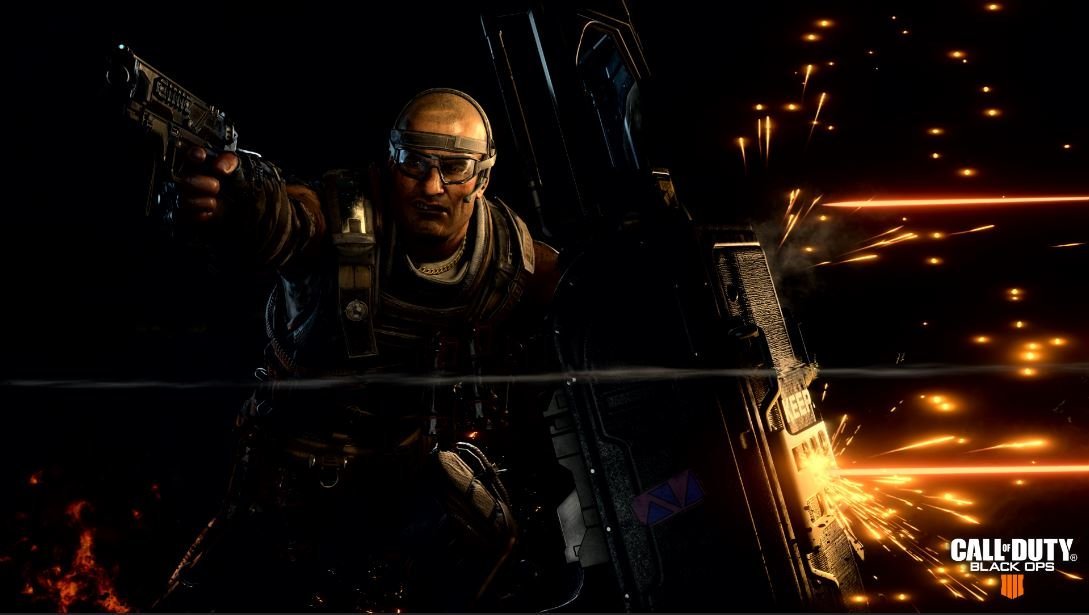 Of all the futuristic games, Call of Duty: Black Ops III is the most beloved of the bunch. Treyarch’s last title kept players on the move, featured weapons that were relatively balanced, and ensured the thrusting and wall-running minimally impacted gameplay. Overall, Black Ops III played well, and players continue to flock to it to this day.

Much criticism has been levied at Call of Duty: Black Ops 4 for being too much Black Ops III, which is a fair criticism. Those hoping for something new or more modern warfare-esque are left in the dust, and instead, have a game that looks and feels a lot like Black Ops III, but without the thrusters and wall-running. Taken like that, it’s easy to see why some view the game as disappointing. However, from a gameplay perspective, this isn’t so bad considering that Black Ops III is excellent.

Outside of the awful Loot Boxes, Treyarch’s last title is fast and fluid with plenty of maps and weapons out of the box. There are worse games Black Ops 4 could be modeled after. 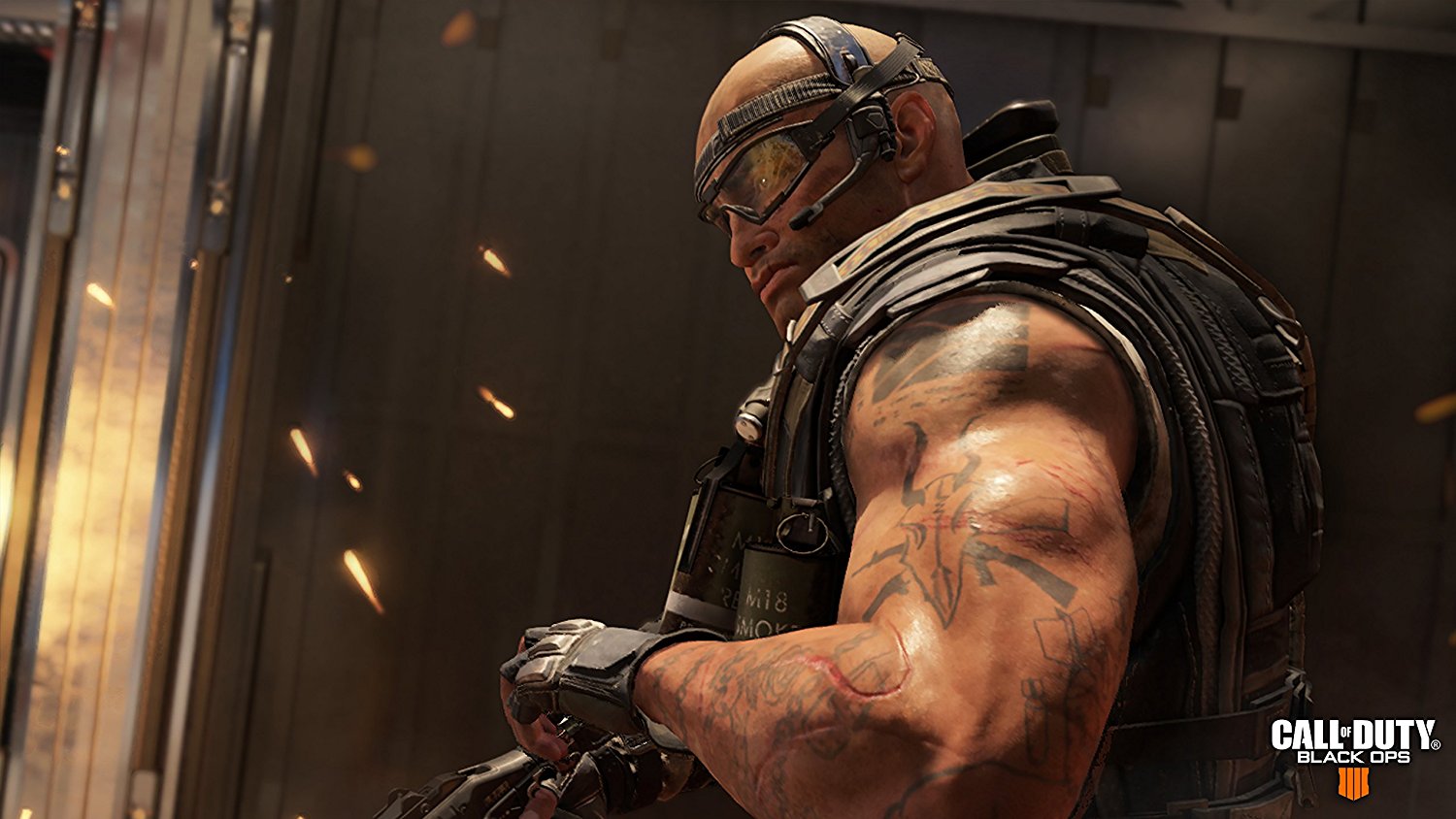 The big rumor going into the reveal was that Black Ops 4 would borrow heavily from Overwatch, including expanding the Specialists. Unfortunately, that rumor turned out to be true. Specialists in Call of Duty: Black Ops III never changed the flow of the gameplay. Their weapons and abilities would pop up every now and again, but there was never a point where they would drastically alter a match. Most importantly, players had to choose either a weapon or ability. They couldn’t have both. That’s not true in Black Ops 4.

Specialists are now more critical than ever with each sporting a unique ability and their gear. Rather than letting players choose the characters they want, only one Specialist is allowed per team as the game is set up to where if more than one Specialist is on the field at a time, it could break the balance of the game. Then there is the crazy gear, which makes the game feel more like Overwatch than Call of Duty. From placing turrets and spawn beacons to lobbing grenades that generate smaller grenades, Black Ops 4’s Specialists take the franchise into uncharted territory.

Herein lies the problem, this isn’t Call of Duty. Call of Duty has always been about playing as a soldier stuck in the midst of war and chaos. It’s not about being a hero and wielding crazy superpowers. Black Ops 4’s Specialists trade in that mentality for an Overwatch mindset that focuses on being a hero rather than being a soldier. It just doesn’t fit. 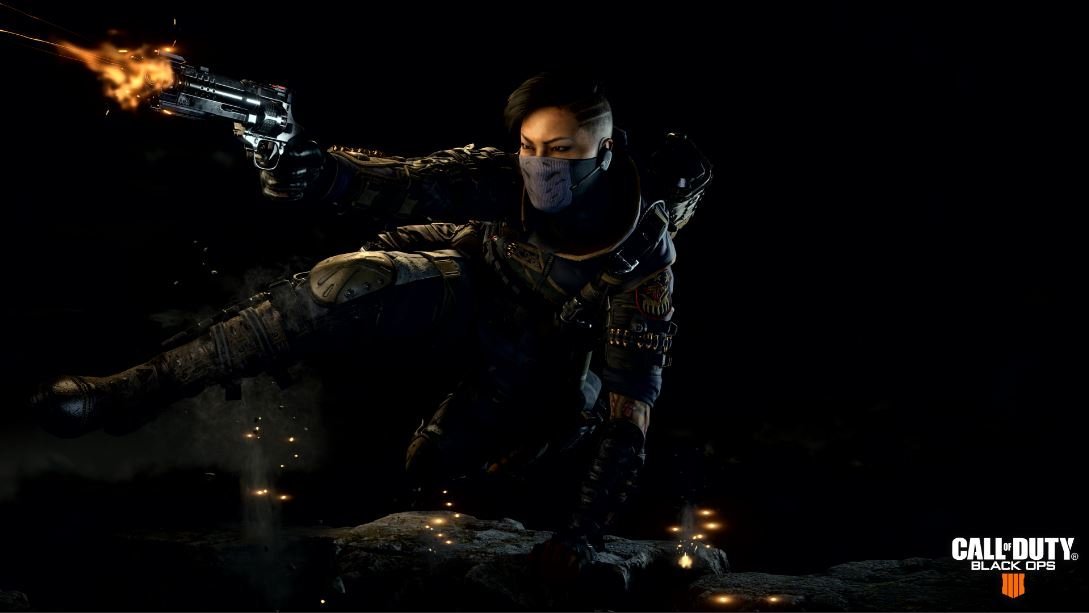 If there’s one thing Treyarch has been consistently excellent at is creating beloved maps. Some of the best Call of Duty maps of all time have come from this studio, and hopefully, that will continue with Call of Duty: Black Ops 4. Though we’ve only played a few maps, it does appear that Treyarch is implementing the same formula they’ve found success with in the past.

Maps are all three-lanes with a handful of pathways that allow you to switch between the lanes. The batch we’ve gotten to play feel pretty good. They aren’t ant-farms where it feels like death can come from anywhere like in Call of Duty: WWII, or so large you can’t find people like in Call of Duty: Ghosts. While we won’t know how good the maps genuinely are until the game launches, what we have played is encouraging. 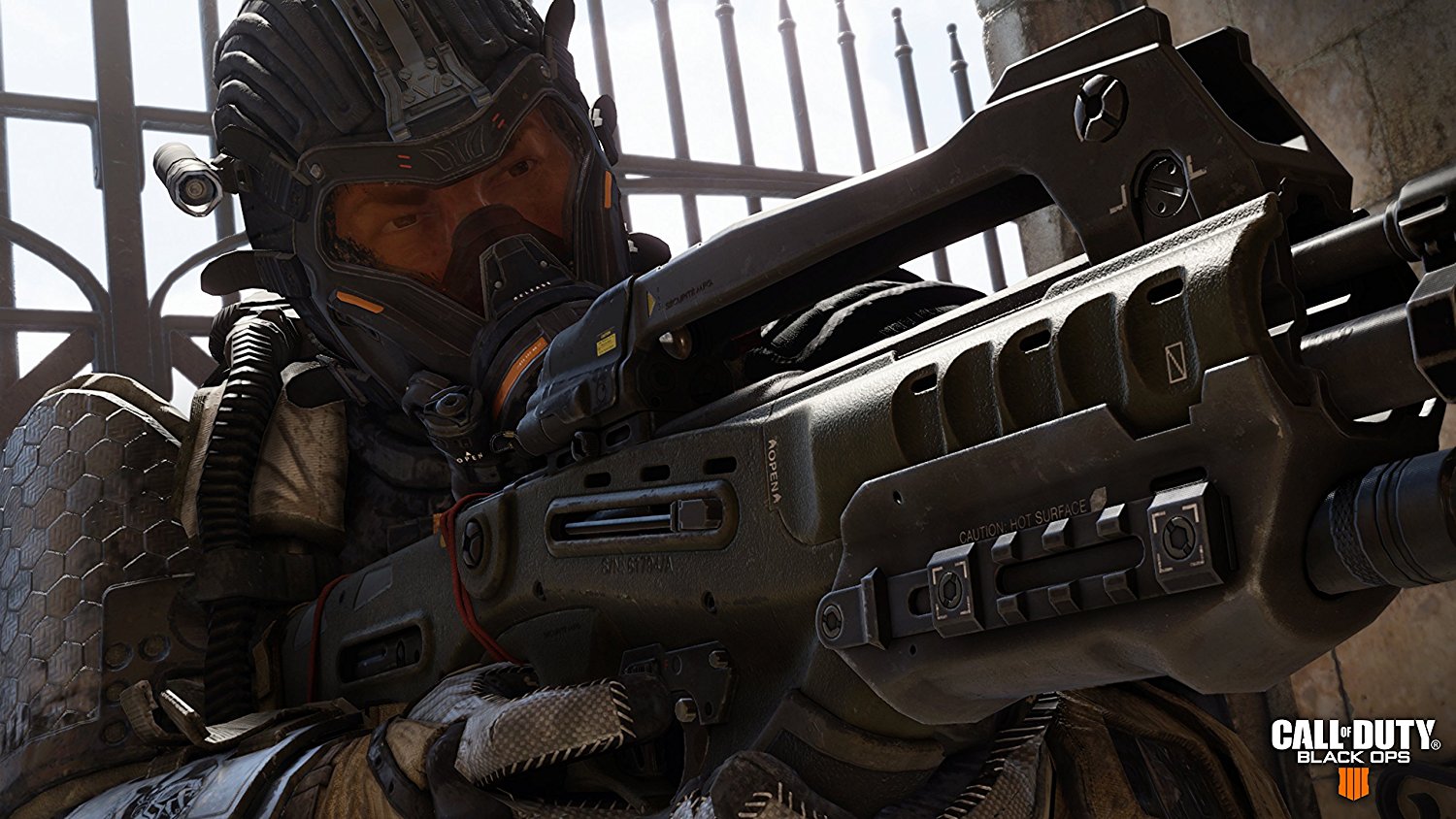 Call of Duty’s auto-healing is gone with Black Ops 4. Instead, players now need to heal manually after they take damage. Treyarch says this helps keep players in the action rather than hiding and waiting for health to recover, and to get players to play more tactically. However, is there really much of a difference between the auto-heal and the manual-heal?

The latest numbers from the E3 build suggest there is a slight advantage to manual healing. Without the Stim shot equipped, it’ll take players about 3.75 seconds to fully heal if they only have one piece of health remaining. However, that doesn’t take into account the second or two it takes to inject yourself and bring your weapon back to the ready position. The Stim shot does allow players to keep their guns at the ready while injecting themselves. In Call of Duty: WWII, health regeneration only kicks in after not taking damage for five seconds. Compared to other Call of Duty titles, it takes about six seconds to get to full health. Modern Warfare 3 only took about five seconds.

Without the Stim shot, the amount of time it takes to heal fully is negligible as you have to factor in the animation time in Black Ops 4. Regarding tactics, it’s objective which is better. Manual healing does force players to choose when to press the L1 button. However, the same argument could be made for auto-healing with players having to decide whether to push forward or hang back and take cover. Black Ops 4 is trying to solve a problem that wasn’t even a problem in the first place. 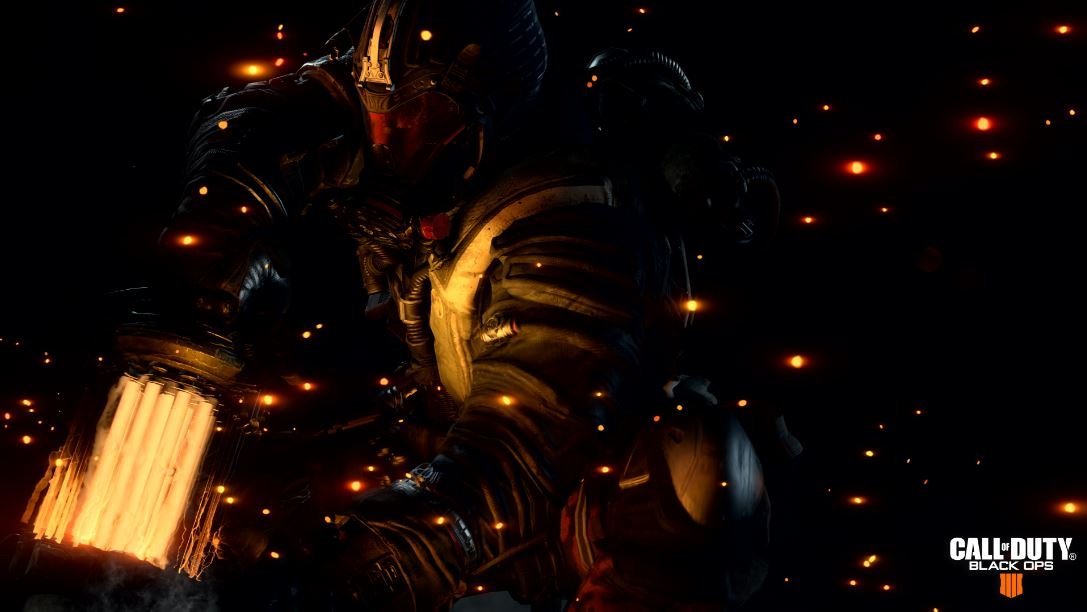 Call of Duty: Black Ops 4 brings back the familiar Create-a-Class system players know and love, but with a few tweaks. Pick 10 is here, allowing players to take a mix of weapons, attachments, perks, equipment, and wildcards into battle. With the latest entry, Treyarch is looking to make each weapon a little more unique.

In addition to having the most weapons of any Call of Duty game (at launch), players will have the most diverse set of gun customization options. Each gun is unique and, as such, has its own set of attachments. After the restrictive nature of Call of Duty: WWII’s original Division system (pre-update), Treyarch is prepared to give us a classic system with some new twists. 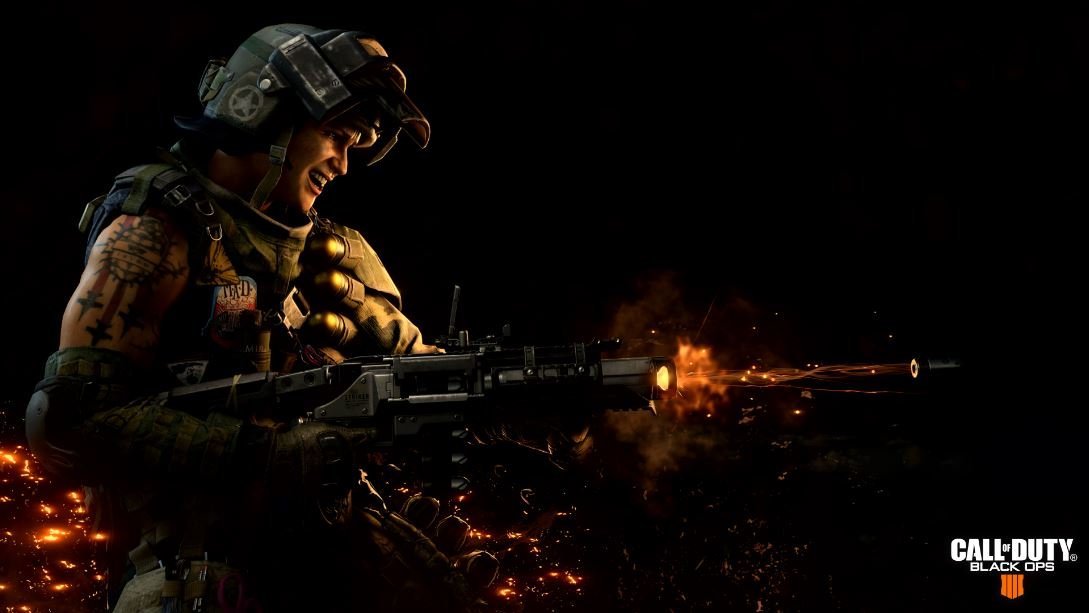 Asides from Call of Duty 3, all Call of Duty games have stuck with the standard 6v6 format for better and worse. While the player count has typically worked well on small maps, things tend to fall apart when playing on some of the franchise’s bigger maps like Gustav Cannon or Siege. Players have been asking for a slight player increase for a while now, but Treyarch is going in the complete opposite direction.

Black Ops 4 loses two players to deliver a ten-person player count. This would have been fine if maps were readjusted to work with the decreased amount of players, but every map we’ve played so far feels about the same size as a typical Black Ops III map. While objective game modes ensure players clash with one another, less objective-based modes like Team Deathmatch and Kill Confirmed may be more difficult. With fewer players running about the same sized battlefield as the previous Call of Duty titles, meaningful engagements may be more difficult to find.

The decision to lower the player count in Black Ops 4 directly mirrors the lowering of the player count in another Activision title, Destiny 2. Players complained about Bungie’s decision to change multiplayer to a 4v4 affair and Bungie countered that saying it’s best for the game. In the end, due to mounting pressure from the backlash, Bungie backtracked. Destiny 2 is finally back at 6v6 and it will be interesting to see if Black Ops 4 suffers the same kind of backlash.