What started simply as a rumor that got many on the internet talking, Pokémon Let’s Go Pikachu and Eevee were finally revealed to the world at the end of May. These titles take on a re-imagining of Pokemon Yellow, which featured Pikachu as the starter. This time around, the starter can be either Eevee or Pikachu based on which version the player picks in order to determine their partner for their long-awaited journey. Although considered a main-line entry into the series, Let’s Go takes a different approach to many traditional gameplay aspects to make for a brand new experience.

Let’s Go takes place in Kanto, with a player’s first Pokemon being either Pikachu or Eevee. Their companion Pokemon this time around is unique in that it will accompany every trailer either on their head or back throughout their travels. These Pokemon can also be dressed up in special outfits exclusive to them in order to make them stand out. Much like the original Yellow, neither Pikachu or Eevee is able to evolve, but both appear to come with some new moves such as double kick in order to help them be stronger when fighting with their team. Unlike past games trainers now carry every Pokemon they’ve captured with them, which means they can actively swap on the go without having to run back to the PC. Pikachu and Eevee also aren’t the only ones that can tag along outside their balls, as one Pokemon can also be selected to follow behind the trainer with some even able to be ridden on if they’re large enough. 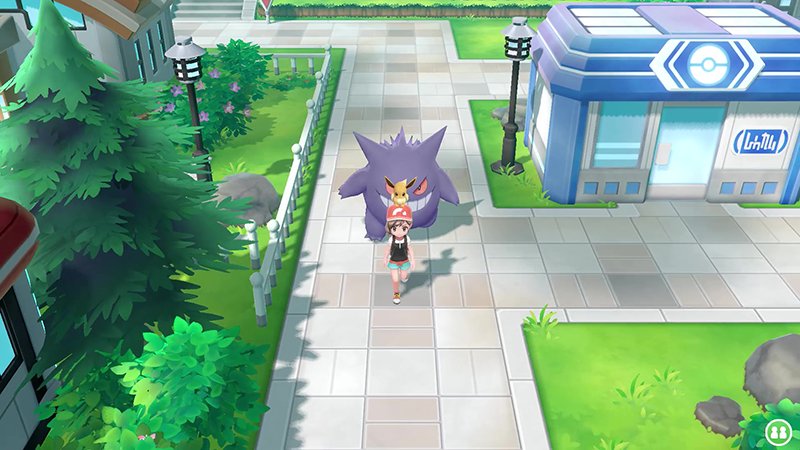 Another new aspect of Let’s Go is that it now supports local multiplayer on one Switch. Players can pass off a second Joy-Con to a friend or family member and shake it in order to have a second character pop in that can run around and assist in battles. Having a second player turns all fights into double battles, with the second trainer making use of whichever other Pokémon the main carries with them. The two can coordinate best in order to take down any challenger in their path and work together while traveling Kanto. The battles, however, don’t translate into wild Pokémon as the encounter mechanic has seen a brand new shake up.

One of the biggest changes to Let’s Go is the entire catching aspect of wild Pokémon. Wild encounters no longer appear randomly and instead Pokémon roam freely and initiate the capturing mini-game when they’re run into. Instead of weakening a Pokémon before throwing a Poké Ball, players instead take part in an entirely Pokémon Go based sequence which includes throwing a ball in order to capture. Much like Go, this must be done using motion controls either swiping the screen in handheld or using a throwing motion with the joy-con. While playing together with a friend, both trainers can try to throw their balls at the same time for a catch bonus. Another inclusion from Go is that berries can now be used to make Pokémon easier to catch outside of simply using a more effective Poké Ball and capturing will earn experience in place of defeating them in battle. 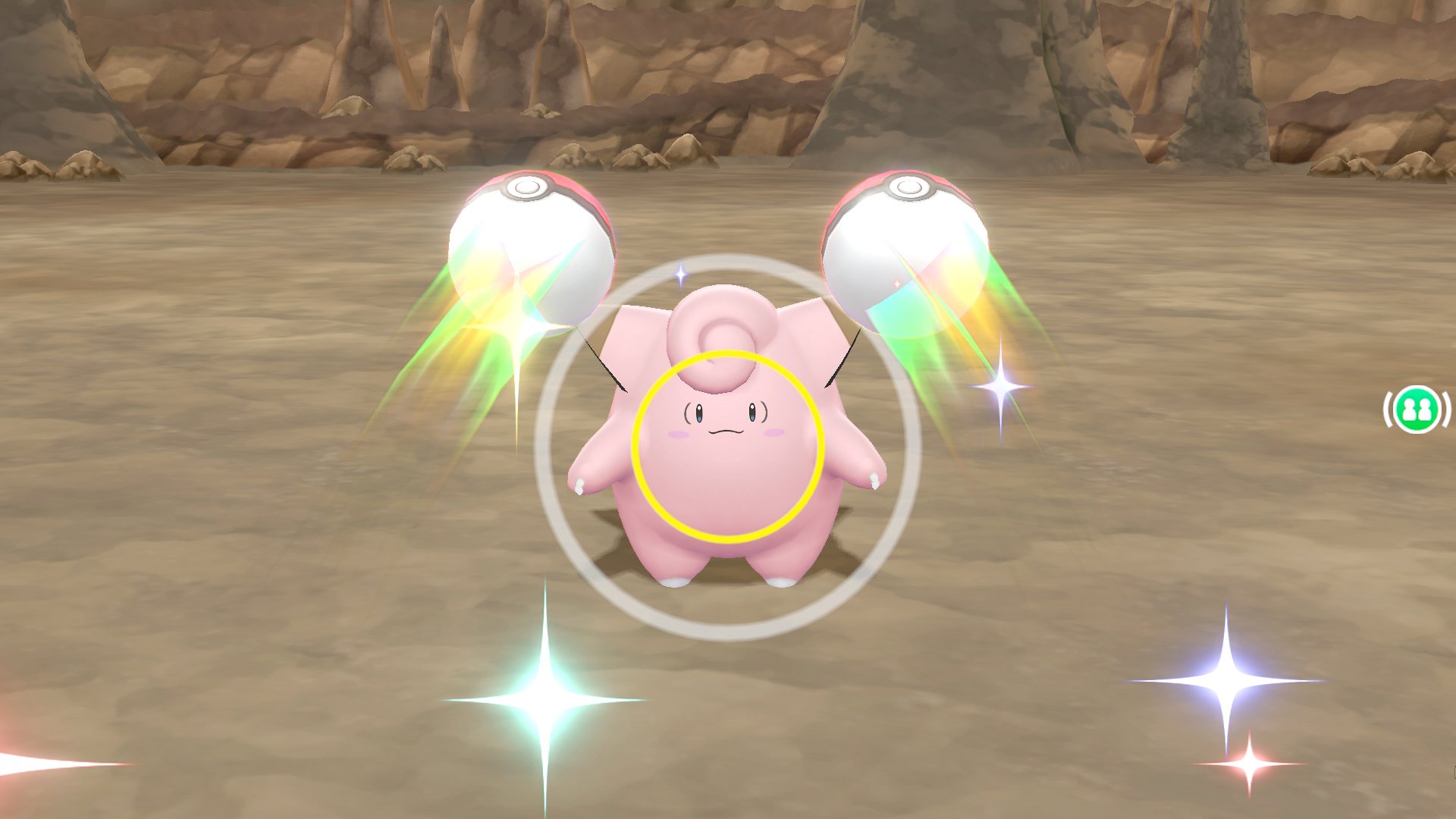 There is one third option, however, for those interested in picking up an extra peripheral for the game. The Poké Ball Plus acts like a much simpler Joy-Con, with a single joystick and single button on top to interact with the world. Much like the Joy-Con it can be used with a throwing motion to be capture with and encapsulates that Pokémon Master feel. After tossing a ball, the Poké Ball Plus will physically shake as it does on screen. Once captured it will make their iconic Pokémon cry and light up to signify they’re part of the team. The Poké Ball Plus isn’t just for sitting down to play either as it can be used to take on the go either in a pocket or wrapped securely around a wrist. While currently unconfirmed if the walking Pokémon will earn anything from doing this, it makes a nice way to travel around with any player’s favorite while out and about. Although not entirely tied to Let’s Go, those with a Poké Ball Plus can also connect it to Pokémon Go which which act similarly to the previously release Pokémon Go Plus device. It’s a great way for the Plus to get more use for those who wish to continue playing both titles, and a benefit for the later connectivity feature.

As a nice bonus for those who have continued to play the widely popular Pokémon Go mobile title, players will be able to transfer any Generation One Pokémon game from their mobile versions into Let’s Go once they reach a certain point in their travels. This includes Alolan Pokémon, which is currently the only confirmed way to capture them in Let’s Go, and any other Kanto-based Pokémon. Once they’ve made their way to the Pokémon Park, players can visit their collection of newcomers and decide who they’d like to take with them. Trainers won’t be able to just pick them up and go, though, as these Pokémon will need to be recaptured like any other wild Pokémon in order to truly add them to the team. Once they’ve been captured they can continue on together and be added to the Pokédex. 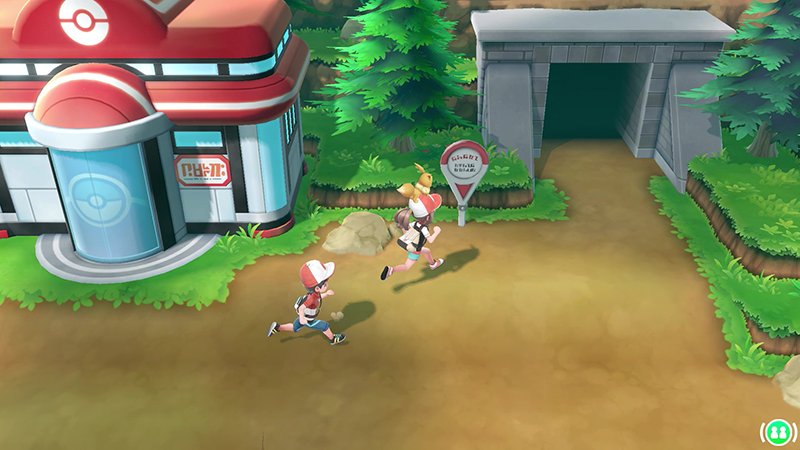 Pokémon Let’s Go is a revival of the generation that many players started with for their very first adventure, but at the same time is an introduction for many who have never played them or might have never been interested before. It aims to be appealing not only to newcomers more familiar with the mobile title, but also longtime fans looking for a different take on the beloved franchise. As the first true main-line Pokémon title on a console, it will be a journey well worth looking forward to embarking on. Those looking forward to Pokémon Let’s Go Eevee and Let’s Go Pikachu can get ready to take a trip through Kanto later this year on November 16.