Despite all the advances in sound recording and playback, vinyl records still somehow offer the very best in terms of overall quality. Now, fans of Endless Space 2’s soundtrack will have the opportunity to listen to it at its very best. Today, Endless Space 2’s developer, Amplitude Studios, announced that they’ve entered into a partnership with G4F Records to bring the game’s fully orchestrated soundtrack a vinyl release. 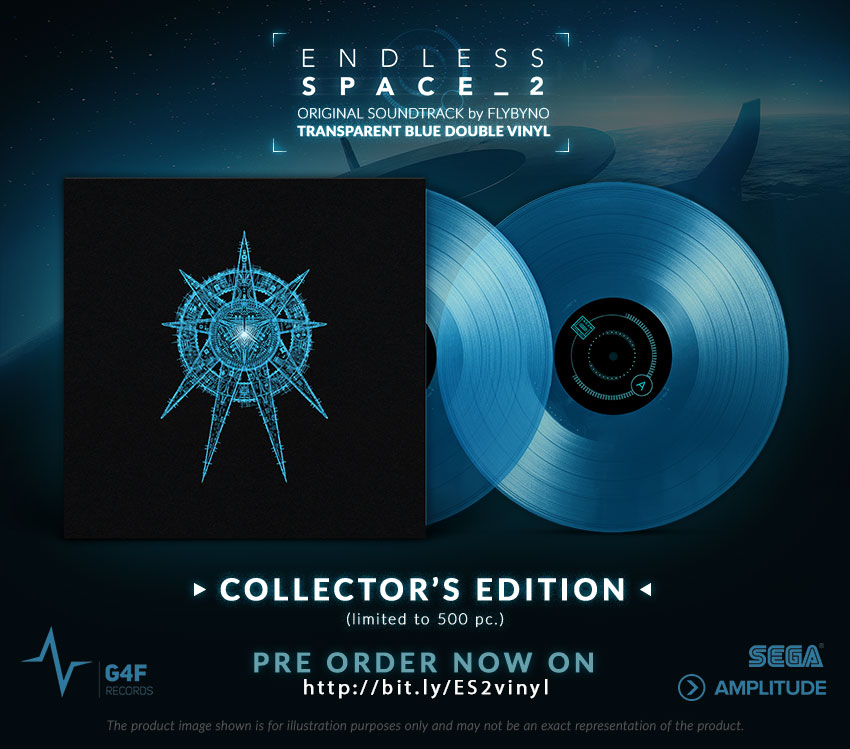 Right now, they’re running a pre-order campaign for the vinyl edition of the soundtrack, which will run through August 3. They’re offering various bonuses for interested fans that decide to pre-order. The first 200 will get their copy signed by the game’s composer, “FlyByNo.” Those among the first 500 can also get a digital version of the soundtrack, a unique faction hero and a Endless Space 2 slip-mat.

No information regarding when the vinyl soundtrack will be delivered to fans who pre-order is available yet, but keeping tabs on the soundtrack’s G4F page should yield that info sooner or later.