On the ever-growing list of first-world problems is that so many devices now have USB cables as the standard means of charging them and I live in a house that has a noticeable lack of USB ports built into the walls. This seemed like a good excuse to venture into doing some home remodeling, which based on my level of carpentry and electrical working skills would probably result in burning my house down, so it seemed smart to look into other options for a solution. After looking into ways to charge all the various USB devices that have been acquired over the years that won’t result in homelessness a possible solution was found, the Choetech Quick Charge 3.0 6-Port USB Charger.

The Choetech Quick Charge 3.0 6-Port USB Charger is exactly what you’d guess it is from the name, a six port USB charger that can conveniently plug into any standard wall outlet to charge numerous devices at once. Two of the ports feature Quick Charge 3.0 that can charge certain devices up to four times faster than common chargers and are backwards compatible with Quick Charge 2.0. The other ports don’t posses this feature but are listed as being smart ports that identify the device after it is connected and offers the maximum current allowed to the device. Universal compatibility enables all devices get charged at their full speed.

The Quick Charge 3.0 ports are the two blue ports at the top of the unit. These can be used to charge any USB device but certain devices that support Quick Charge 3.0 or 2.0 technology will benefit from the reduced charge. Some devices that support this include but are not limited to the LG G5, LG G4, HTC One A9, Samsung Galaxy Note 7, S7/S7 Edge, S6/S6 Edge and Nexus 6. Any port will charge any device but those devices will benefit from using the blue ports. 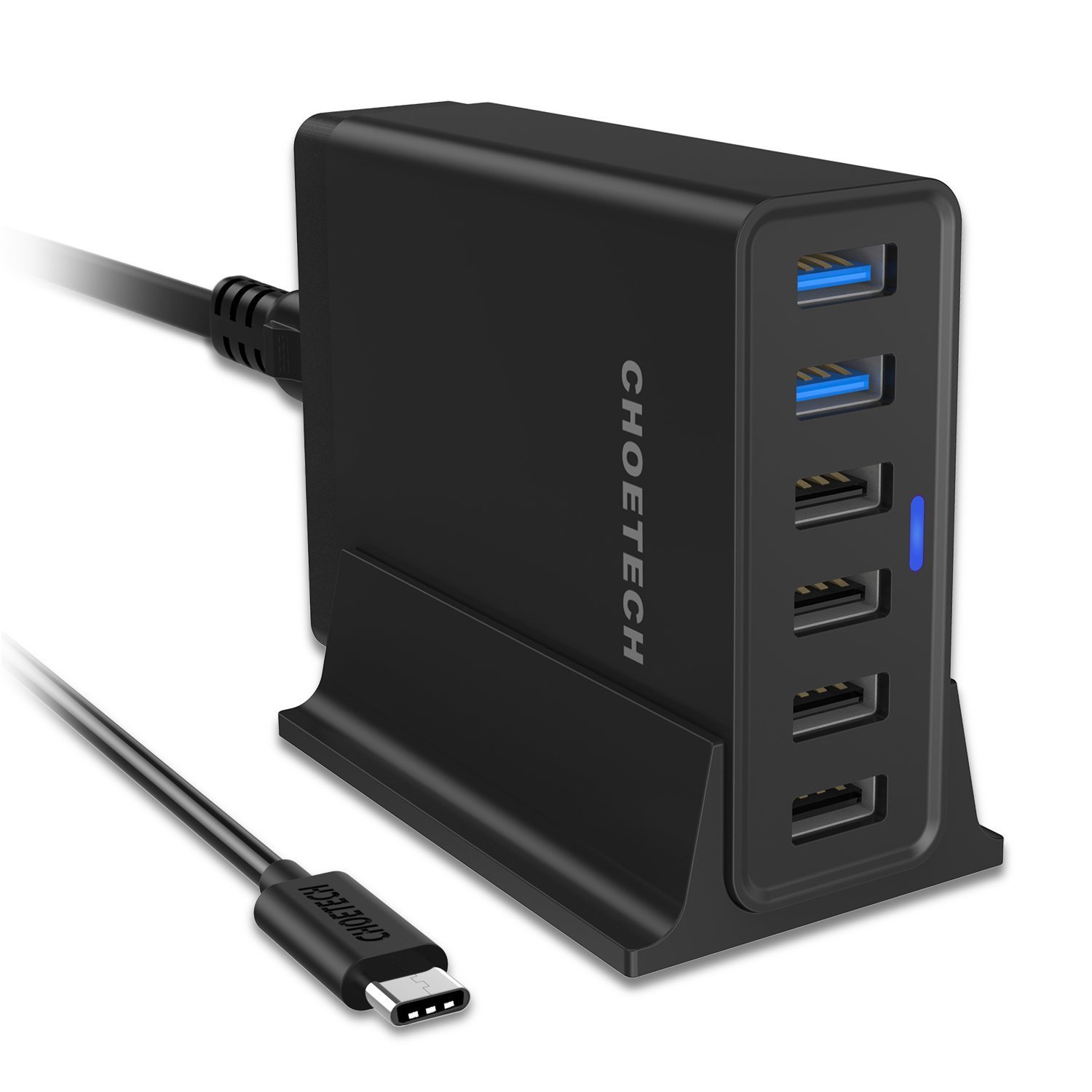 The Choetech Quick Charge 3.0 6-Port USB Charger was used rather regularly for about a week before writing this. The item does generate heat when several items are plugged into at once, the worst it ever got was when it had a Switch, Vita, iPad, iPhone X, Fitbit and a power bank plugged in at once. It never got to a level where it was painful to touch or create that dreaded burning smell but there was no question the device had heated up, though once the Switch and iPhone were fully charged the heat simmered down. Charging one or two items at a time didn’t seem to cause it to heat up. 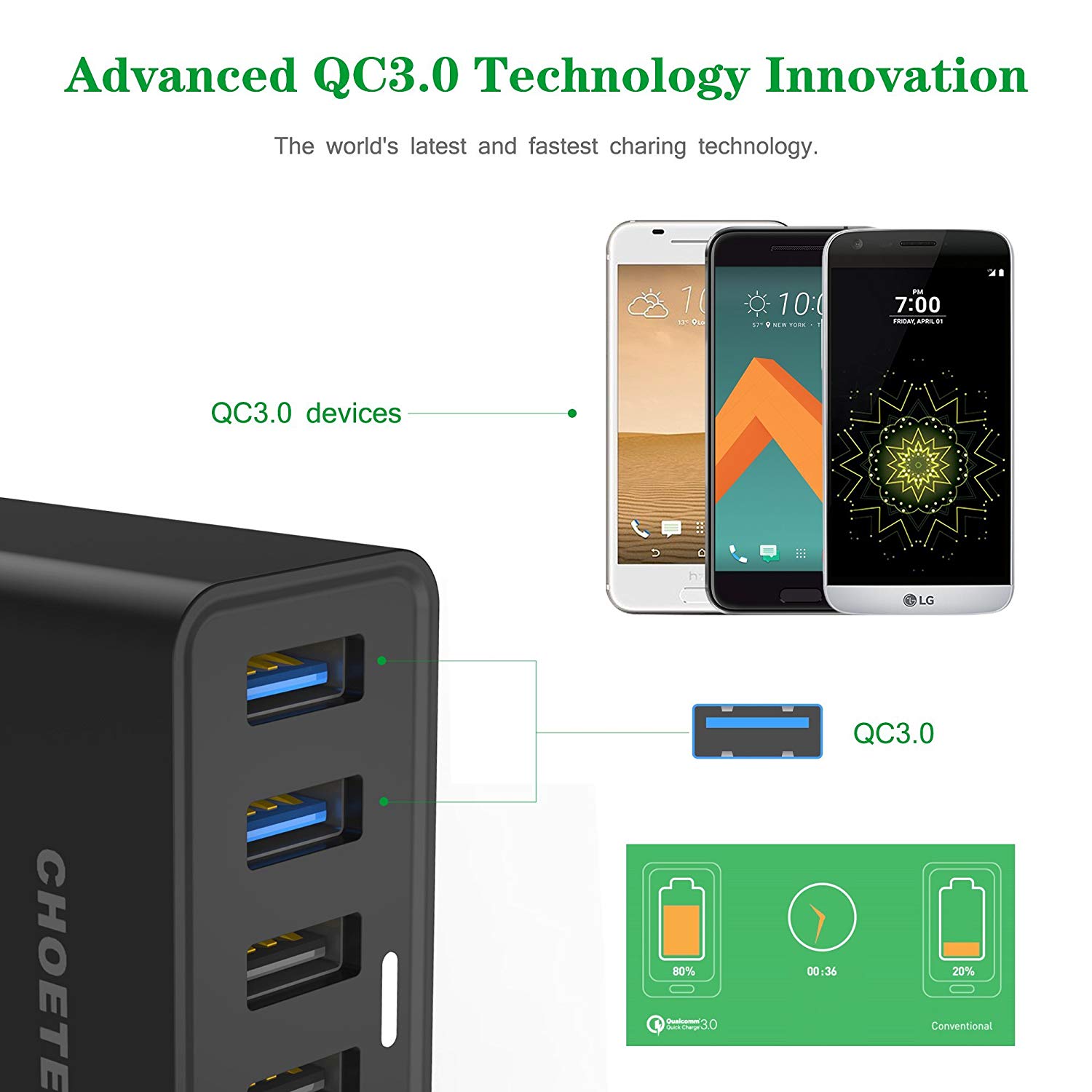 The Choetech Quick Charge 3.0 6-Port USB Charger is a useful solution to keep several USB charging devices powered without hijacking all the outlets in the house or having to undergo a home remodeling project. The Quick Charge technology may or may not be a relevant selling point based on one’s personal device inventory but even when all six slots were being utilized everything seemed to charge at the speed that was expected from it. The included USB A to USB Type C cable isn’t a major selling point, but it does show this device does have Switch users in mind. This would be a useful device for travel as it allows for simultaneous USB charging of the Switch, Vita, mobile devices and tablets.