There’s a very good reason the word “never” is a risky one to use.  A long time ago in a very different gaming landscape, the president of Nintendo USA said Night Trap would never appear on one of its systems.  And then BMX XXX only appeared in its unedited form on the Nintendo Gamecube, so it’s fairly obvious that, as little as ten years later, things were very different.  The point is that Howard Lincoln’s words were almost true despite this because who on earth would revive Night Trap, of all games?  A little less than a year ago that question was answered when developer Screaming Villains released Night Trap 25th Anniversary Edition on PC, PS4, and Xbox One, but the proclamation of “Night Trap will never appear on a Nintendo system” still held true.  That’s almost over, though, when the Switch edition of Night Trap goes up for pre-order this Friday from Limited Run Games.

Also coming out this week are two PS4 games.  First up is the co-op chaotic wizard-action title Magicka 2, where you and up to three friends try not to blow each other up too badly when your spells collide and combine.  The final game is >observer_, a cyberpunk adventure/mystery where the real world is terrible but not so bad as what goes on inside the minds of the criminals and victims you need to jack into and investigate.  Magicka 2 gets 3,500 copies, Observer comes in at 4,000, and Night Trap on Switch is unlimited pre-order for two weeks.  There is, however, one last wrinkle in the form of a Night Trap Classic Edition, which comes with both a steelbook and a Sega CD-sized case to store the game in plus a VHS tape containing all the footage from the game edited into a movie, and a few other goodies too.  Night Trap Classic Edition is limited to 3,000 copies, and it’s hard to know lately if that’s plenty or an insta-sell-out.  The sales patterns have been unpredictable lately, but it all goes eventually. 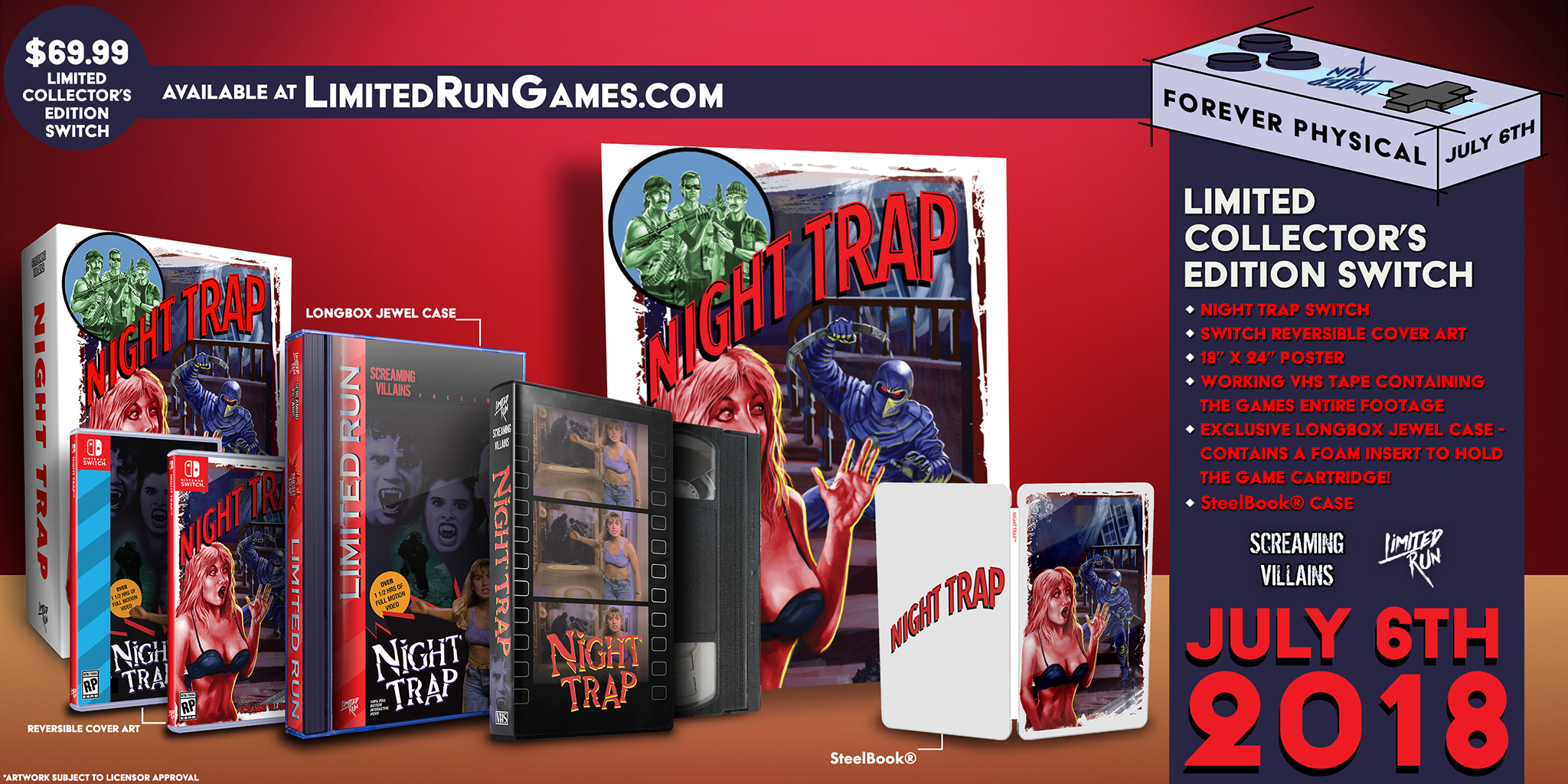